Charles and Ray Eames are famous for many things, but their chair designs are likely to be top of that illustrious list. The early DCM became known as the Eames Chair even before the fiberglass and Eames Lounge Chairs arrived to re-affirm that title. Many of their original designs were perfect for converting into Eames workplace seating and the results would not disappoint.

All the successful Eames workplace seating designs that were released to the market would start life as designs for the home. The versatility and quality of the work was such that converting into fully fledged seating for the commercial setting was relatively trouble free. The designs of Charles and the original Eames Office were always more complex that met the eye, with technical details equally as important as the visual result. The Eames workplace seating was no different and it says everything that these designs were an inspiration for decades and still very much are when it comes to workplace designs. 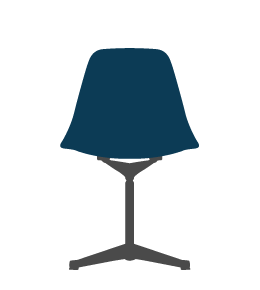 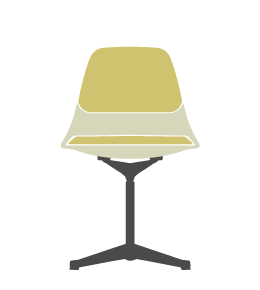 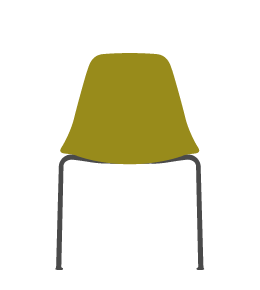 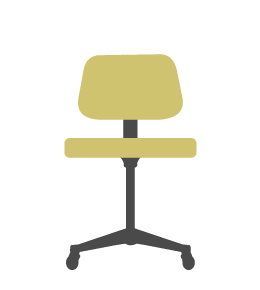 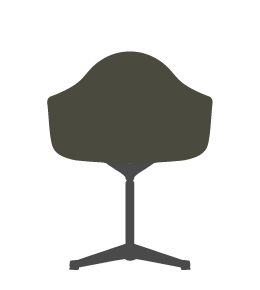 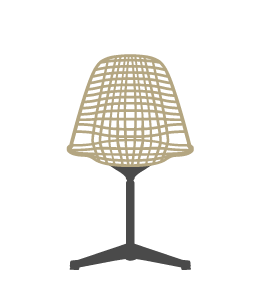 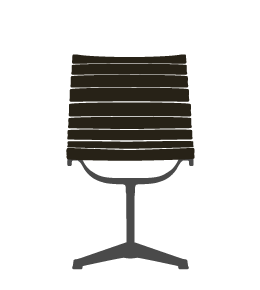 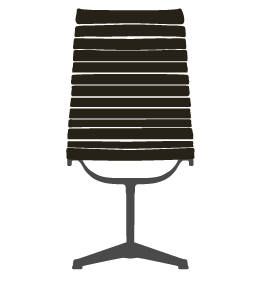 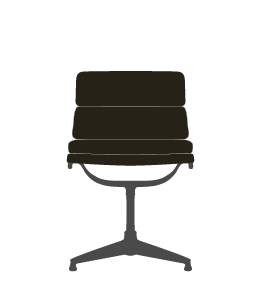 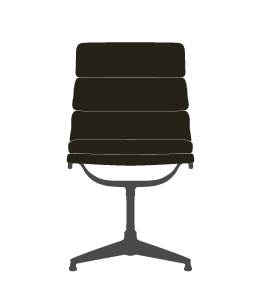 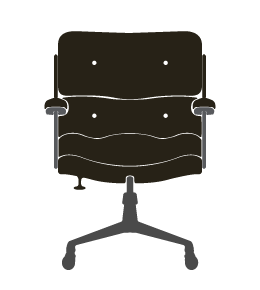 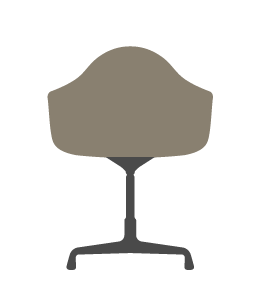 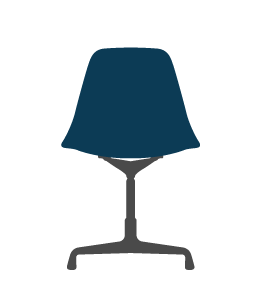 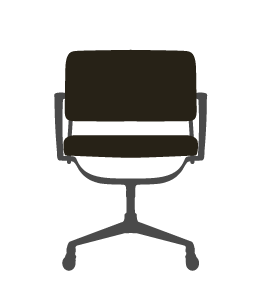 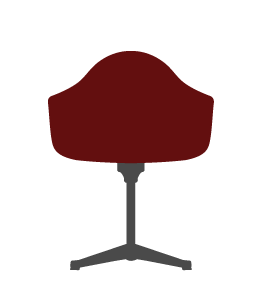 The success of the fiberglass series of arm and side chairs were the catalyst for the Eames Office to begin exploring the possibility of dedicated workplace seating. The push was also largely down to Herman Miller whom were already attempting to scale the up and coming commercial market with the work of George Nelson and associates. Work largely commenced in the mid 1950’s by creating variants of the fiberglass chairs for workplace scenarios.

Early variants would include the PSC side chair and the PAC arm chair. The PSC and PAC (abbreviation model of Pivot Chairs) were designed for work use as the chairs were built to swivel 360 degrees at desk height. The early bases were not ideal for the design however and they were changed to the contract type from 1957 after their release on the Alu Group chairs. These bases allowed the chair types using it to be fitted with either glides or castors. The bases would change again with the introduction of the Universal base in the mid 1960’s which were lighter, easier on the eye and highly versatile for the professional workplace.

The lack of portability in the Eames PSC and PAC chairs would essentially lead to the design of the DAT, the abbreviated name of the Desk Arm Tilting Chair. A special base was constructed using a cross bar and castors with polished aluminium foot guards which provided the movement. It was also fitted with a manual tilt and height mechanism for even further work use possibilities. This model also utilized the Contract and Universal Bases later, reducing the need for the special base which was only used on this chair.

Other fiberglass workplace seating models included the draftsman’s arm and side stools which were dedicated for the creative office worker such as an architect, artist, draftsman etc. Into the 1970’s and a new range of dedicated office arm and side chairs were released with upholstery and with deeper larger shells, all fitted with the Universal Bases. By this point too the focus of Herman Miller was almost entirely on the workplace market.

The most famous Eames workplace seating designs were the Alu Group Series. Made as a range of furniture for the home in 1958 they were released in a special mesh so that they could be used both indoors and out. This all changed in the 1960’s with their conversion into workplace seating. Desk and management chairs would be released with both a low and high back and with varying optional differences This range was increased too a decade later with the release of the Soft Pad low and high back chairs which mirrored the range of the Alu group but with extra soft cushioning.

Other Eames workplace seating designs of note included the Intermediate chair, a pre-cursor to the Soft Pad range, and the Time Life Desk Chair which was a conversion from the original Lounger that was developed for the lobby of the Time Life building in New York in the early 1960’s.