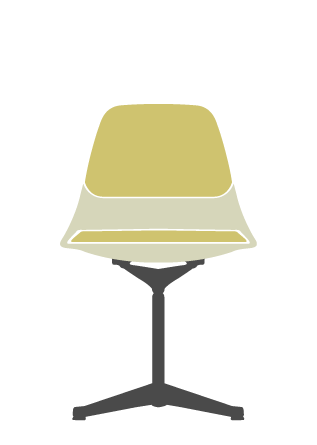 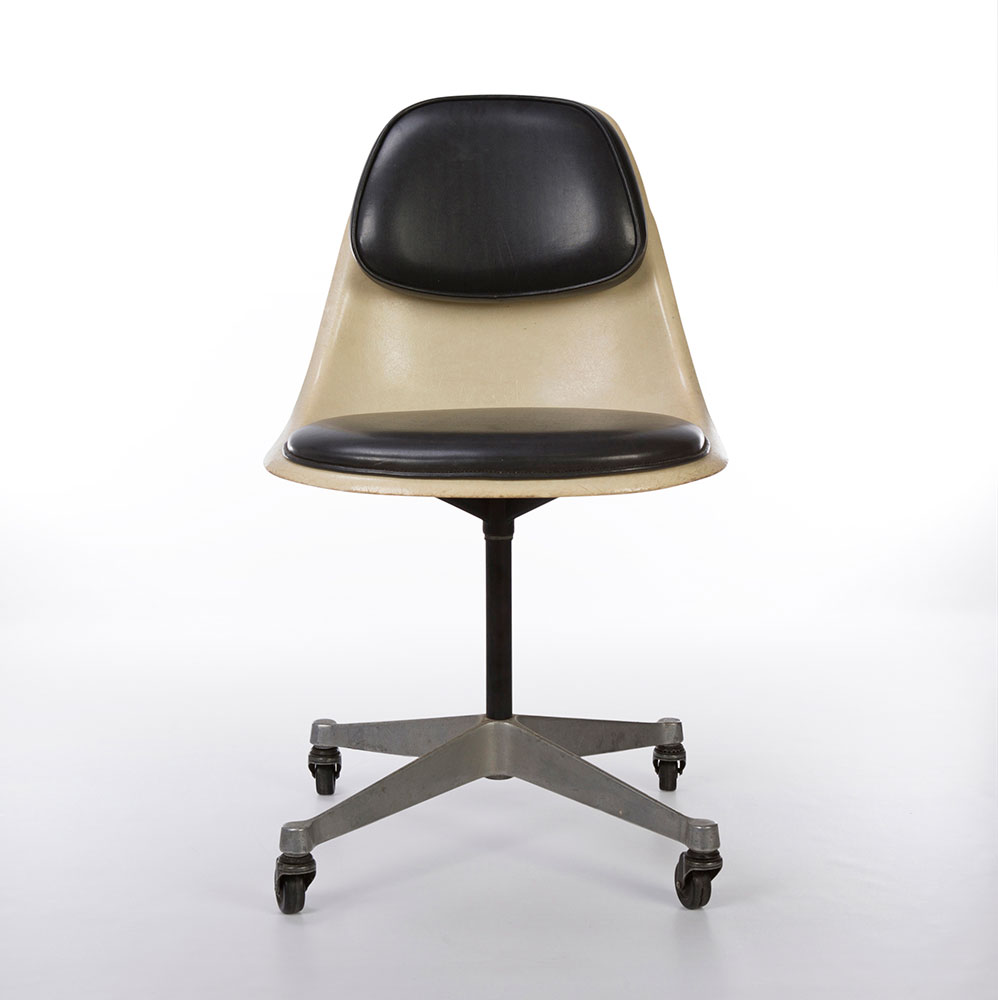 Well essentially it is the same as the PSC side chair, which stands for Pivot (P) side chair (S) on Cast Alu Base (C) and later PSCC version with added castors (C), however it’s the added variant number 4 which stands this design out from others.

The Eames PSC-4 Chair, part of the fiberglass series, has a unique design and appearance due to the factory-made duo of attached cushion and lumber support. This unusual addition added a new level of comfort, especially for the purpose of using the chair for work, whereby it could potentially be used for longer hours.

Although the same top has appeared over the years on other base types, it was always intended to be part of the PSC range and it is therefore likely these combinations arose from customization or simply changing bases. The only known possibility was during the 1960’s when it was also available as a DSX.

This variant of the PSC range didn’t arrive to market until much later and was only ever used on the later ‘2nd generation’ contract base post 1957. By the end of the 1950’s an adjustable height version of the PSC base arrived, and these variants added an A to the name, for example PSC-A-4. 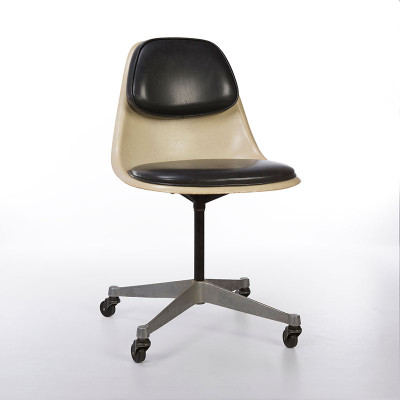 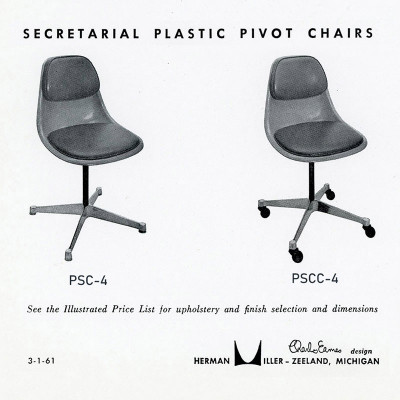 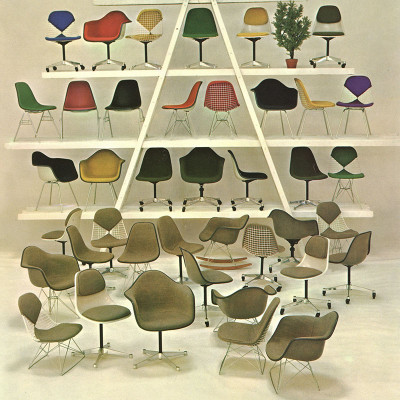 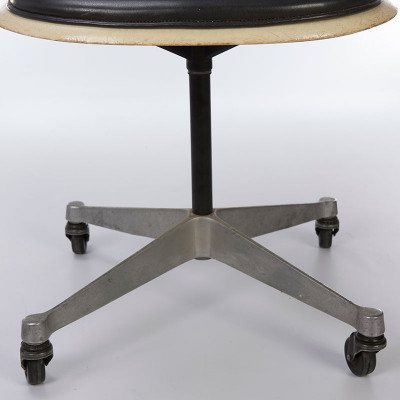 PSC-4 base with added castors (PSCC-4) 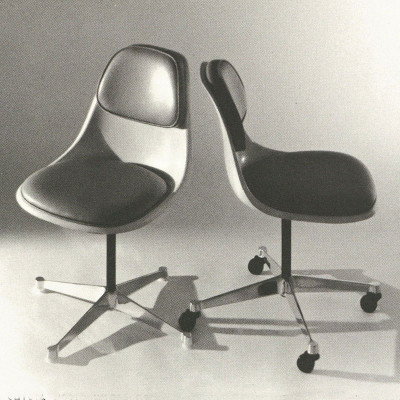