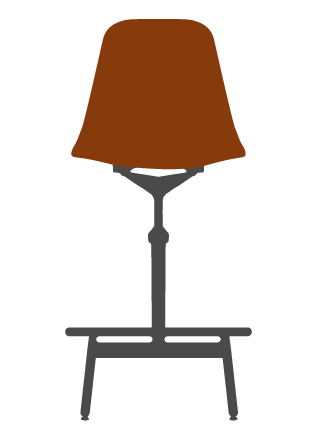 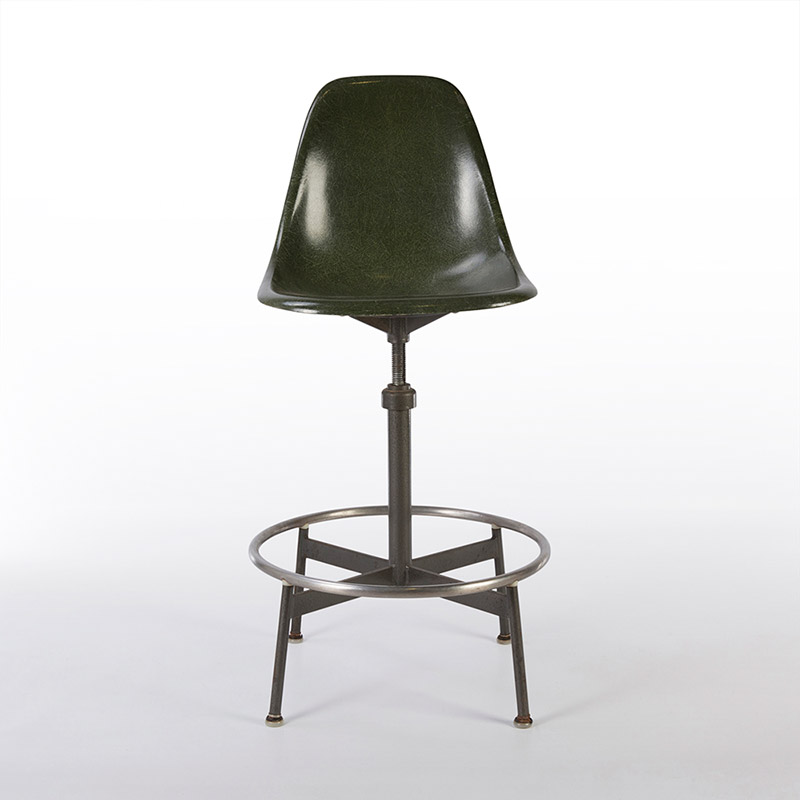 An addition to the fiberglass range in 1957, the Eames Draftsman's Side Stools were created with the workplace market in mind. Part of a series of Fiberglass Side and Arm models, this versatile and durable stool was perfect for people within the creative arts, as the name would suggest, for draftsmen, designers, architects and painters alike.

Upon release the 600 Series Eames Draftsman's Stools had two arm versions, the 622NA and 622TA, as well as two sister Side chair variants the 622NS and 622TS. The stool series had many available options of height and over the years they were available in all naked colors of fiberglass or a whole range of upholstery options.

The 622NS Eames Draftsman's Side Stool had a built in swivel and the 622TS was with swivel and an added tilt mechanism. much like that found on the DAT fiberglass chairs. Both models of the Stools had the Herman Miller manual height adjustment on the column of the shaft just below the seat top.

The stool's base was very distinctive with the grey 'spider' foot section and ring support and was used for the best part of a decade before it was changed to a version of the Universal Base. These stools were the first plastic fiberglass chairs to be used with the new standard of base and it could also utilize castors.

The stool sold decent numbers and lasted through the generations of fiberglass side chairs until the discontinuation of the series in 1989.

These fiberglass shell topped Eames Draftsman's Stools came in two models, the 622NS with built in swivel and the 622TS with tilt and swivel. Each model was then available in 3 base heights as well as many upholstery possibilities if required. This 1963 Herman Miller catalog excerpt describes perfectly the full available specs of the stools: 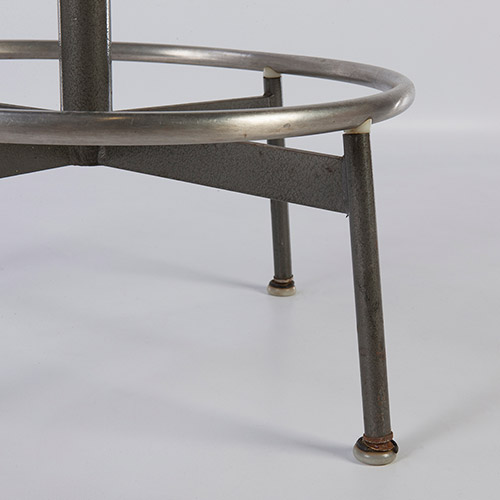 The draftsman's base was very distinctive with tall feet giving that spider look. A cross at the top of the feet and a stainless steel rung provided the feet support and domes of silence were used against the floor. The stem and bottom section of the base were painted in grey cracked enamel.

This strong durable base was also fitted with a manual thread height adjustment giving a 2 inch leeway. 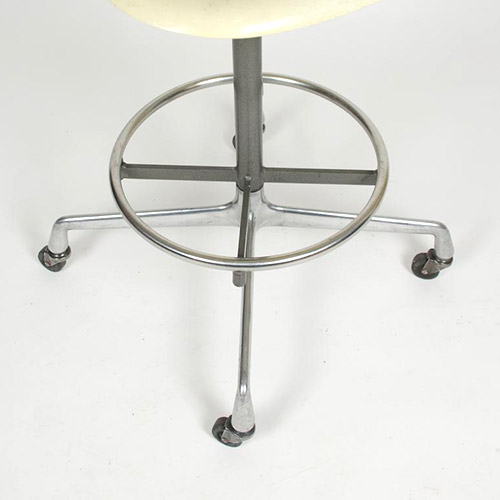 The Universal Base was introduced to the 600 Series in 1966, the first fiberglass variants to use the new base.

The most important feature of the Universal Base was the versatility it provided in being able to use both wheel castors and floor glides to the choice of the purchaser.

The other difference with the first generation base was the cross supporting the foot ring. Whereas the 1st sat lower than the ring and was part of the lower section, the Universal base had the cross built into the ring itself. 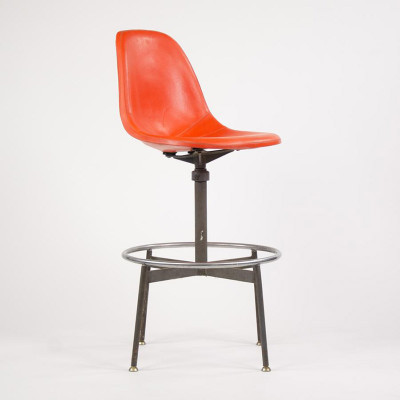 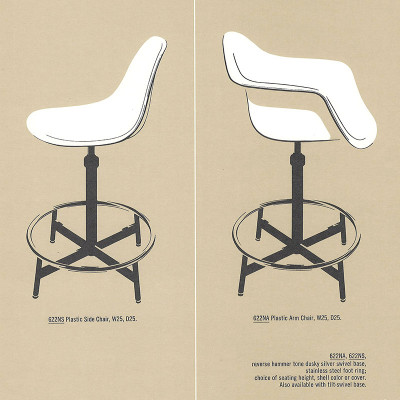 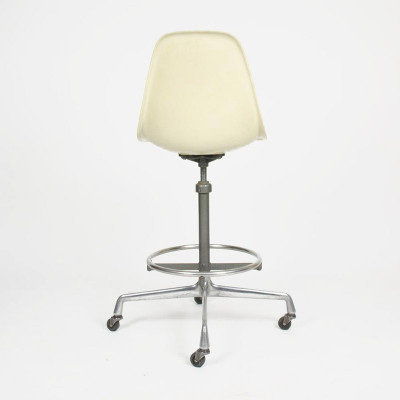 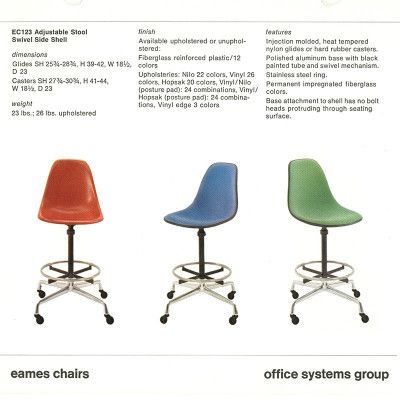