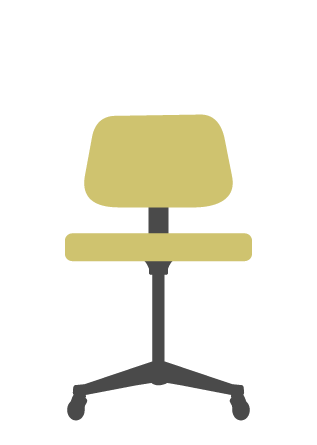 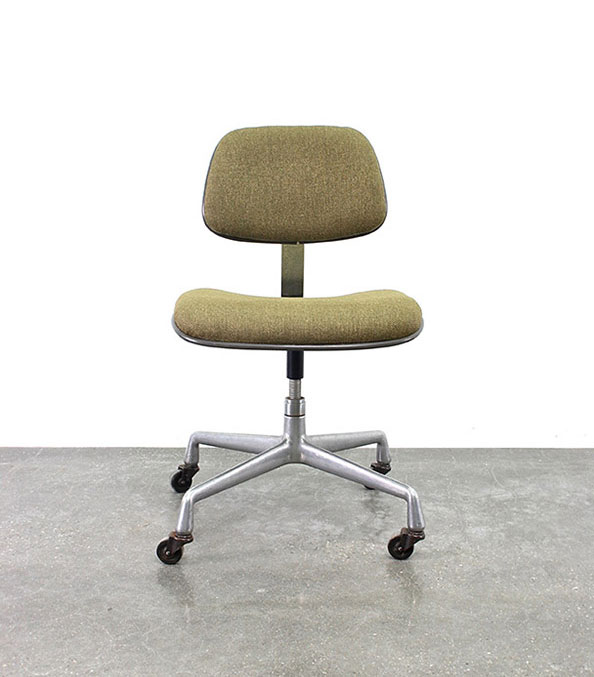 The Eames EC228 Secretarial Chair was a chair, dedicated to the workplace, released to the marketplace in 1971 and essentially made of two-piece plastic and a base always on casters. There was also the Eames EC328 but the only difference was the edges of the chair.

The 1970’s brought a shift in the focus of Herman Miller with a clear slant toward, and drive of furniture for, commercial installation than perhaps for the home. The EC228 was part of that change in focus and was a design aimed at being an ‘Eames plastic chair’, but with added comfort and adjustability for it to be considered good for the work place.

The chair’s release in 1971 coincided with that of another chair, the Eames DCMU or two-piece plastic chair. Significantly, both were an adaptation of the original DCM plywood chair for the working 1970’s.

The 1970’s had also seen the development of new softer plastics and the Eames EC228 Secretary Chair utilized polyester mixed with fiberglass for its more glossy and softer finish. The chair was also made with 2-inch-thick padding and fully upholstered on the two pieces.

The Eames Secretary Chair was not sold in great numbers and hence they do not appear on the secondary marketplace very often. The chair was usually upholstered in either hopsack or Naugahyde vinyl. 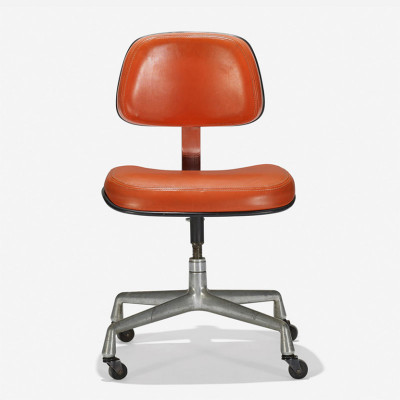 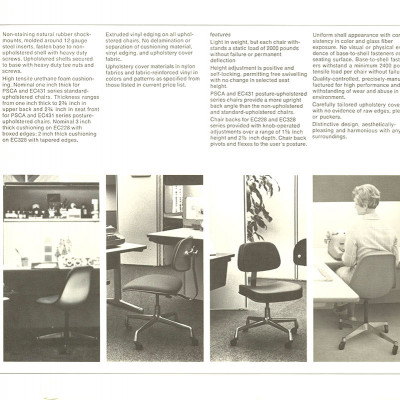 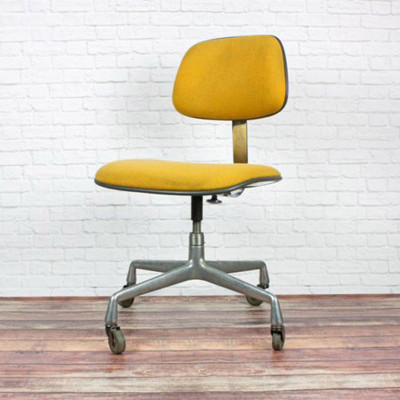 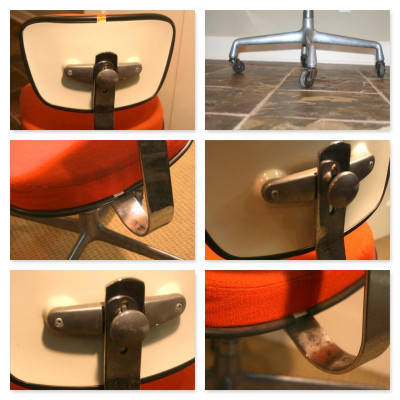