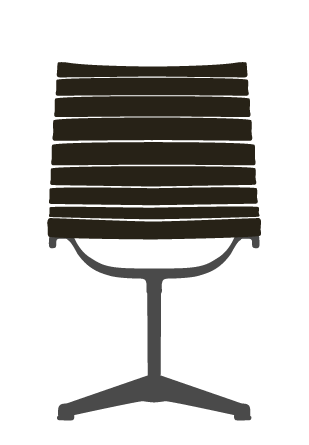 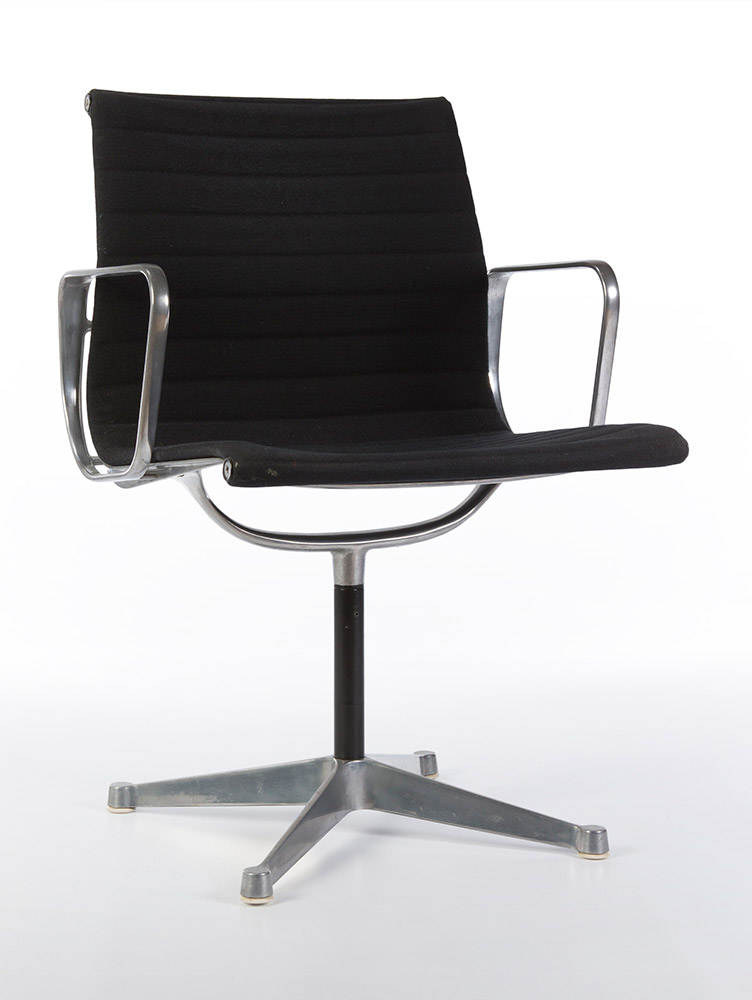 Part of the Aluminum Group, released in 1958, the Eames low back side chair has seen a great deal of versatility throughout the years and has been associated with names such as Task Chair, Desk Chair, Office Chair, Management & Meeting Chair. Initially released as an indoor and outdoor dining chair, the Alu Group as a whole have gone from being for the home, to being known as workplace chairs, for the lounge and for formal gatherings too.

Initially released in 1958, the low back side eames chair has the seen the most variants over the decades of the Alu Group. It was first released with four options, one chair without arms and in fixed (model 680) and swivel (model 680s) pedestal bases and one chair with arms with fixed (Model 686) and Swivel (model 686S) choices. A high back version was simultaneously released.

The dual indoor/outdoor life of the initial release was short lived and into the 1960's the chairs were developed further with more and more upholstery choices as well as with a second base option which increased the number of available variants to 6. By the 1970's and following a size tweak the range was fast developing into being focused on the work environment and it would be fair to say this was becoming something Herman Miller were particularly good at.

By 1985 and despite still good sales, the number of options was reduced to only two and a new 5 star base brought in. This was due to the new models having the ability to swivel, tilt and have height adjustment, the thinking during this period was that less is more and that this new variant would cater for all needs under one cost. Only in 2011 did the four variants on 4 leg bases return and new outdoor models become available once again.

The Alu Group Eames low back side chair has been in continuous production since 1958 albeit through varying changes.

The Alu Group went through a series of changes to the model numbers and it is not surprising that pieces in the secondary market often sport the wrong ones. They were fairly logical and changed with developments in the range. See our classification page for a full run through of all the Alu codes but for the Low Back Side Chairs, you can see them here:

A video introduction to one of the most recognizable Charles and Ray Eames chair designs, the Alu Group Desk Chair (model EA335), originally released to the market in 1958. The design of the chair changed over varying generations since its 1958 inception, resulting in the most recognizable, honed example showcased in our short introduction video. This classic design was so versatile it became the popular choice for offices worldwide, both at home and in the commercial setting. Our video depicts the 50th Anniversary Edition of this super work based chair, released in 2008 to mark that year.

An original EA335 low-back office chair by Eames for Herman Miller, on an adjustable castor base and...

Generations of furniture designs are never pre-determined or indeed championed at times. They merely represent notable turning points in the history of the design in question and ultimately help in being able to pinpoint age, authenticity and value. Alu Group Side Chairs actually have a logical progression of generations and we use base changes as our means of identifying. 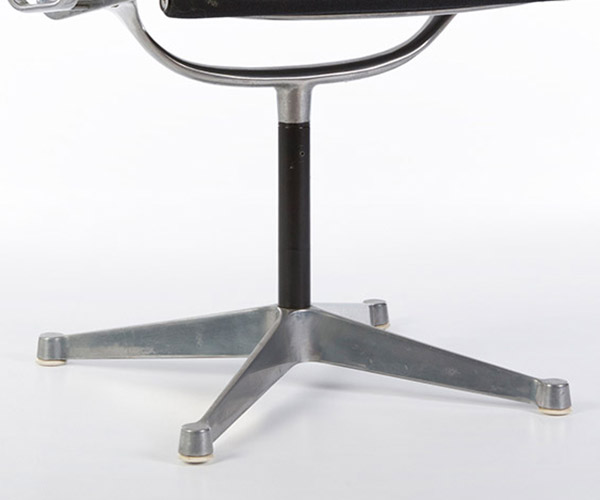 Designed in 57 and released to market in 1958, the first generation of Alu Group Side chairs sat upon a Pedestal Base which was only used with floor glides.

The whole Alu Group received a coding change in 1966 with models changing to EA codes for the first time. The Pedestal bases ran until 1973. 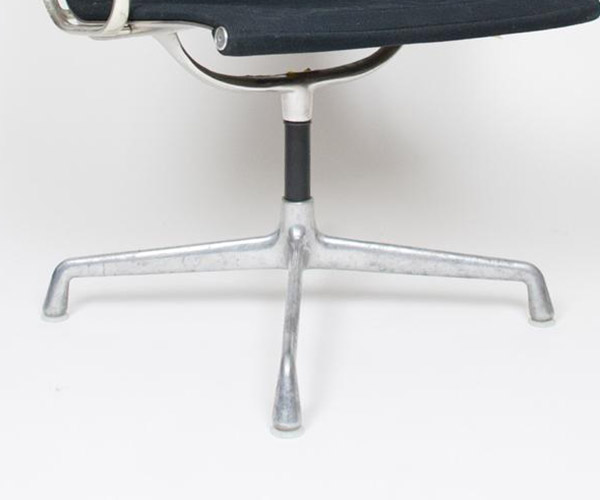 The second generation base, known as the Universal Base, with 4 legs, seen here with glides but could also take castors (Image courtesy of D Rose Modern)

In 1966 the Universal Base was introduced and had a degree more versatility as it could be fitted with either floor glides or castors. It had 4 lateral legs with the four feet in a downward position.

This new second generation would actually be sold side by side with the first generation Pedestal type for some 7 years after its introduction before entirely superseding it.

The overall dimensions of the Alu Side were changed ever so slightly in 1973, giving way to a second EA coding change which lasted for another 12 years afterwards. 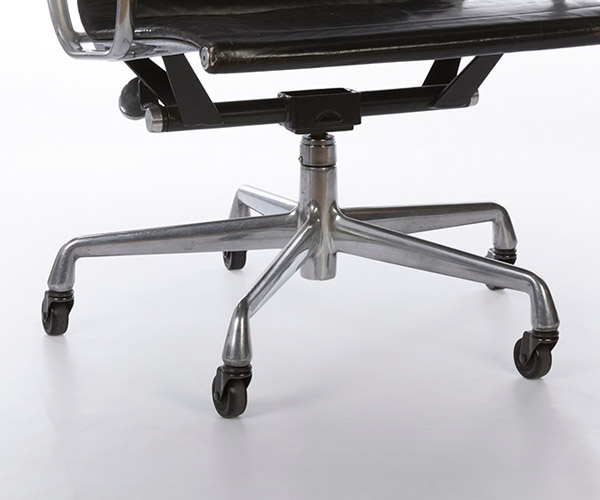 The third generation base was a new form of the Universal Base but with 5 legs, also taking both glides and castors

In 1985, the base was given another update with the Universal Base being changed from 4 legs to 5 with the view of providing better stability, especially to models in workplace environments.

This period also saw a significant reduction of the number of options from six down to just two but they were fully loaded versions with tilt, swivel and arms all built in as standard. Those options remain today, alongside re-introduced 4 star bases from 2011. 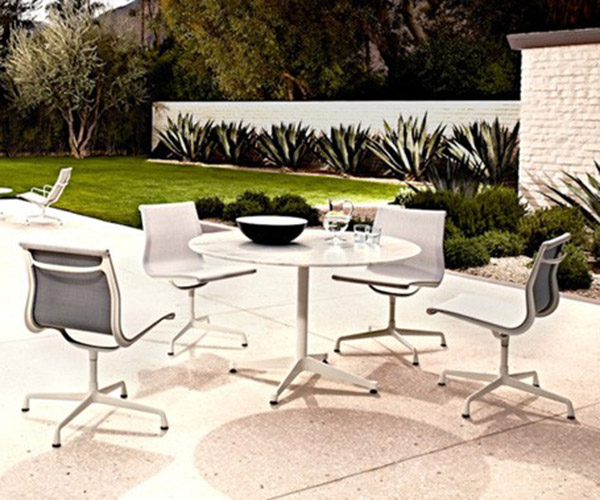 Modern generation bases are back on 4 star Universal Type as well as being outdoor too. Work versions still on 5 legs.

In 2011 Herman Miller once again overhauled the Alu range. They re-introduced the 4 star Universal Base versions again using similar codes to those of the 60's and 70's. The more fully loaded workplace versions however remain on 5 star bases to this day. 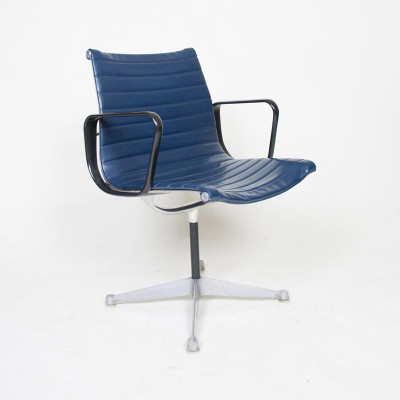 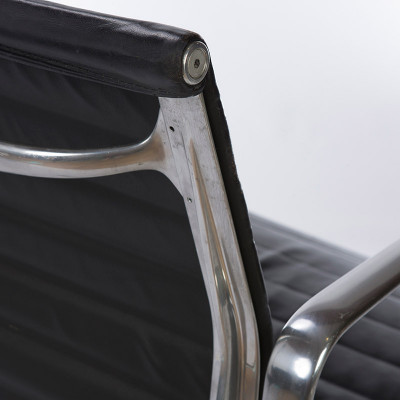 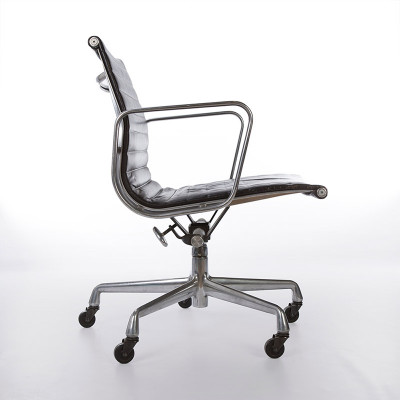 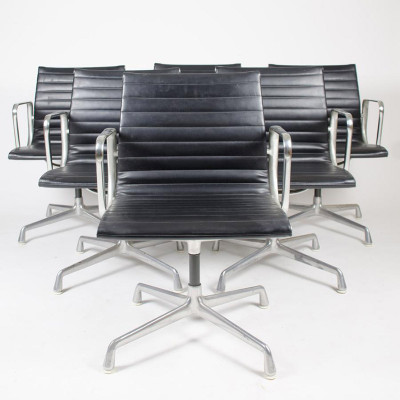 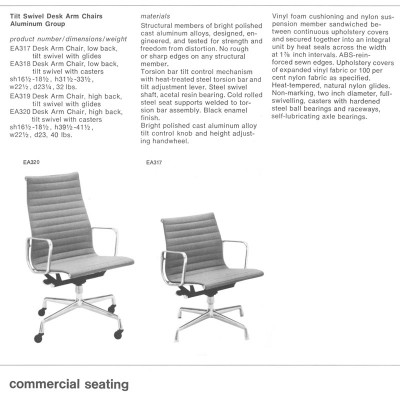 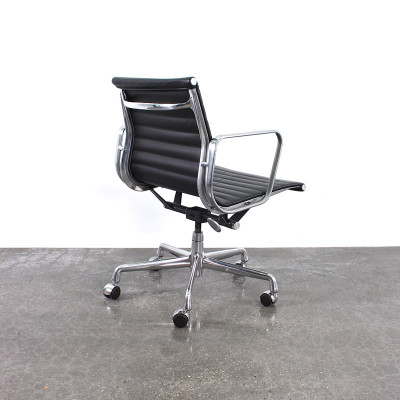 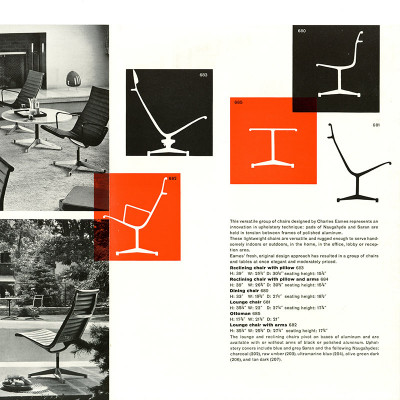