The seating designs of Charles and Ray Eames were always very balanced within each of the furniture series that they produced. A combination was always present of desk and upright chairs and those designed for lounging. Charles was especially aware that as much as functional and specific use seating was important, lounging was just as, if not more so, and lead to the numerous Eames Lounge Seating designs.

What is lounge seating? We tend to associate lounge seating with our homes, for chairs and sofas that provide us welcoming comfort and invite us to relax and unwind. This is almost certainly true, and we do all yearn for pieces that fit the bill. But lounge seating does go much further than this, into lobbies and waiting rooms, studies, relaxation rooms, shops and even gardens. Lounge seating is around us all the time, offering us (the weary traveler) an oasis from the world wherever we go. The Eames lounge seating does not disappoint, from the early beginnings of the plywood chairs to the commissioned luxury of the Lounge Chair & Ottoman. 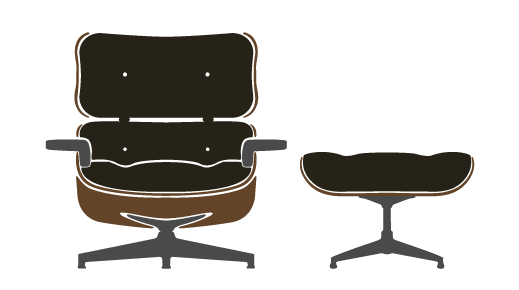 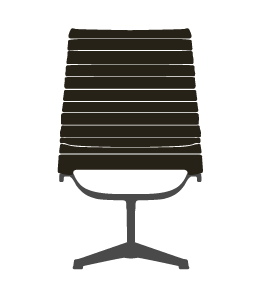 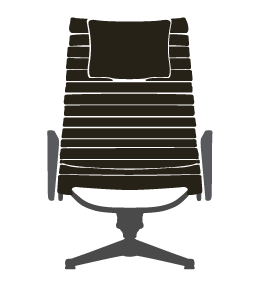 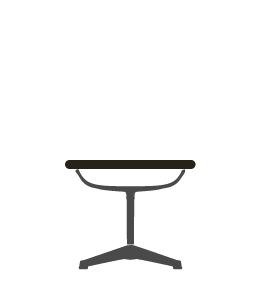 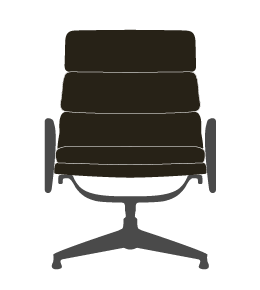 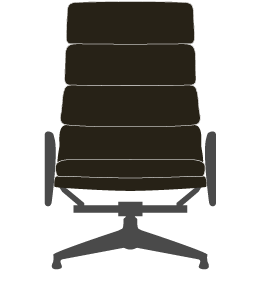 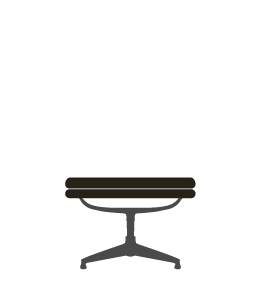 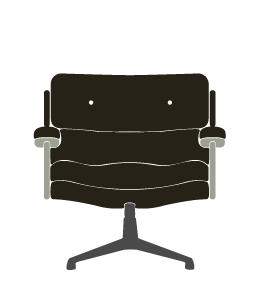 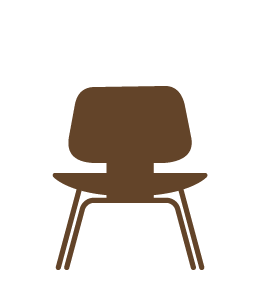 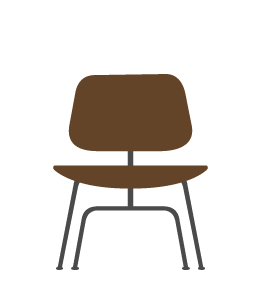 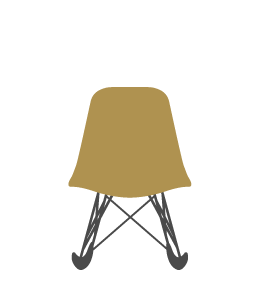 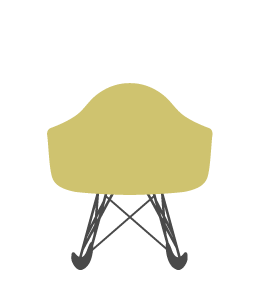 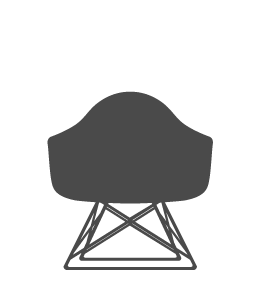 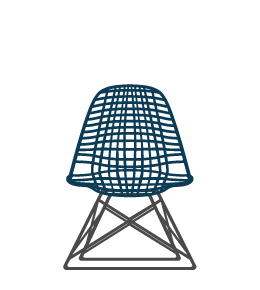 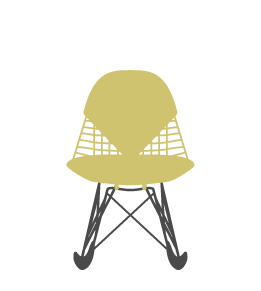 The Eames lounge seating designs all started with Charles' first commercial furniture series, the plywood group. Essentially there were two chair designs, one with metal legs and one with matching plywood feet. Each design then had an upright dining version and a corresponding lounge model. These two early lounge seating designs had the abbreviated codes of LCM (Lounge Chair Metal Leg) and LCW (Lounge Chair Wooden Leg). The plywood group, including the LCM and LCW, were very popular post war products that harnessed new materials and had style and function all rolled into one. These were the precursor for a career of numerous successful lounge seating designs from the office of Charles.

Hot on the heels of the success of the plywood group came the fiberglass arm and side chairs. This ingenious series of chair designs found immediate success especially with the interchangeable bases for every kind of practical use. A few of these base designs were intended for lounge seating including the low LAR with a ‘Cats Cradle’ base and the rocking chair variants of the arm (RAR) and side chair (RSR). The same lounge seating bases were also used on the K-Wire side chairs released a year later, called the LKR and RKR.

It was in 1956 when Charles Eames re-defined the concept of what makes a true Lounge Chair with the commissioning and design of the ‘Eames Lounge Chair & Ottoman’. Moving away from the low cost, value driven post war furniture of the past, Herman Miller commissioned Charles to create a luxury statement piece for their home collection. The resulting Eames Lounge Chair & Ottoman quickly went on to garner an iconic status and remains to this day as the most recognizable furniture design ever and appears on wish lists the world over. Made from a combination of molded plywood layers and sumptuous leather or fabric, the chair oozed quality and gave the user a lounging experience close to what can only be described as perfection. Sales of this wonderful design never abated and in recent years a ‘tall’ version was introduced to cater for the requirements of an ever-growing population.

The success of the Eames Lounge Chair didn’t slow down the creative thinking of the original Eames Office in any way. Only a couple of years later and the Alu Group chairs were released. This group had a lounger and recliner initially for home indoor/outdoor use but later developed for the professional workplace lobbies and waiting rooms. The series was expanded a decade later with the introduction of the Soft Pad chairs that mirrored the models of the Alu Group with a lounger and recliner model. Sandwiched in between was the majestic Time Life Lobby Chair, originally made to be a lounge seating chair of the same quality as the Eames Lounge Chair and Ottoman but with a smaller physical footprint.

Lounge Chairs possess that special magic, an invitation to relax and find comfort and solace through it’s immediate use. To do this it cannot just look good but must deliver style and a level of comfort that meets the expectation, something all of Charles and Ray Eames chairs did with ease.