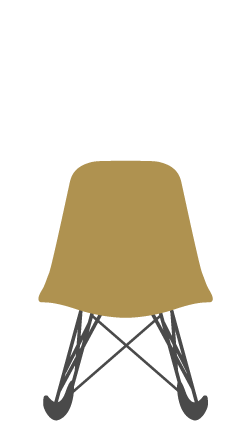 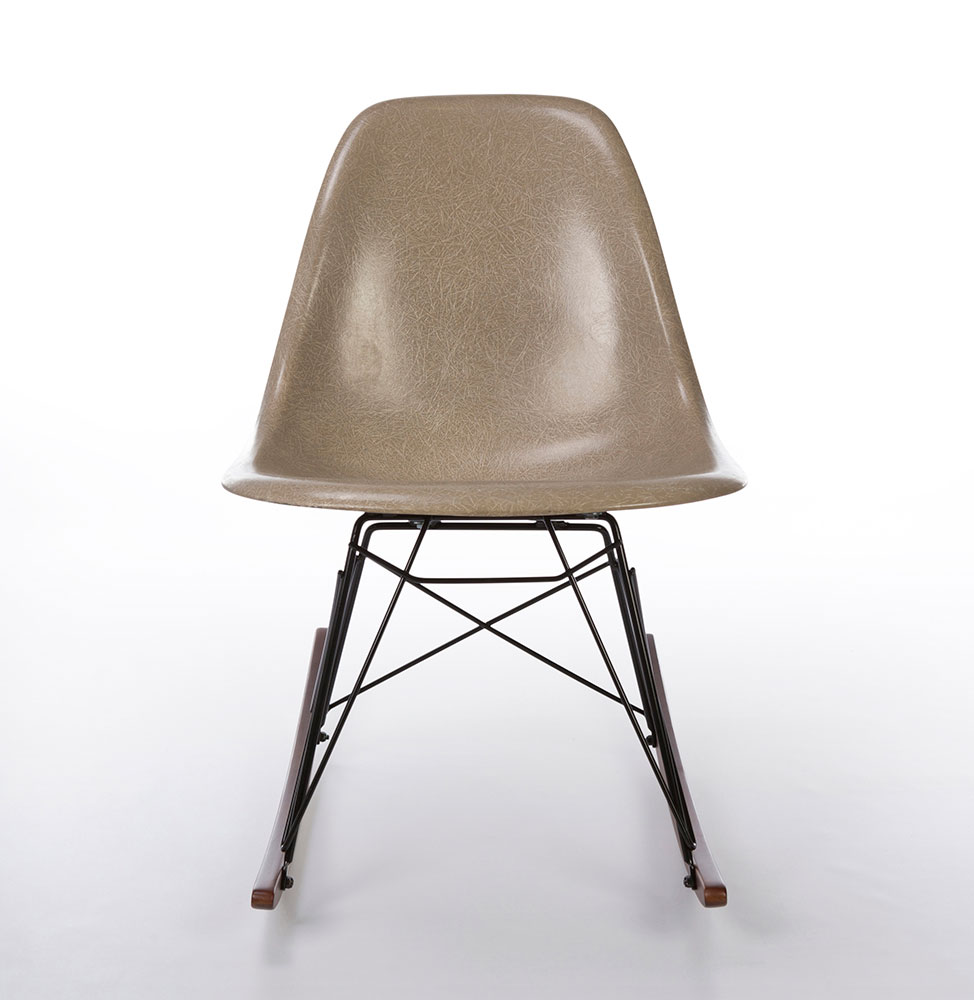 The Eames RSR Rocking Chair, a fiberglass side chair in the plastic series, is the abbreviation for Rocking (R), Side Chair (S) Rod Base (R).  Unlike the armchair version, the Eames RAR, the RSR came about as more of an anomaly than anything else.

The Eames RSR Chair was non existent in Herman Miller's advertising and has only been found as a purchasable option in one release of the sales catalogs, 1963. It was therefore more of a customization by a purchaser mixing and matching the various tops and bases available. Some are likely to be new purchases of top and base from Herman Miller (customized) but the majority of what would be found in the marketplace are more likely a case of base swapping.

Despite its low-key, almost non official beginnings, the RSR is still very recognizable as an Eames fiberglass Side Chair classic. Available on the rocking rod base, with runners available in Birch. Shell spotters may find the RSR in any of the available shell colors or Girard upholstery, through the generations of the chairs.

The side chair RSR version of the rocker does have a smaller ‘foot print’ than its sister arm version and this gives it the possibility of being used in different spaces and for alternative effect. The rocking base was sadly discontinued for general sale in 1968 and has been widely copied over the more recent years.

Herman Miller brought the rocking base back in the 2001 plastic chair re-launch however it didn’t release a side chair version once more. 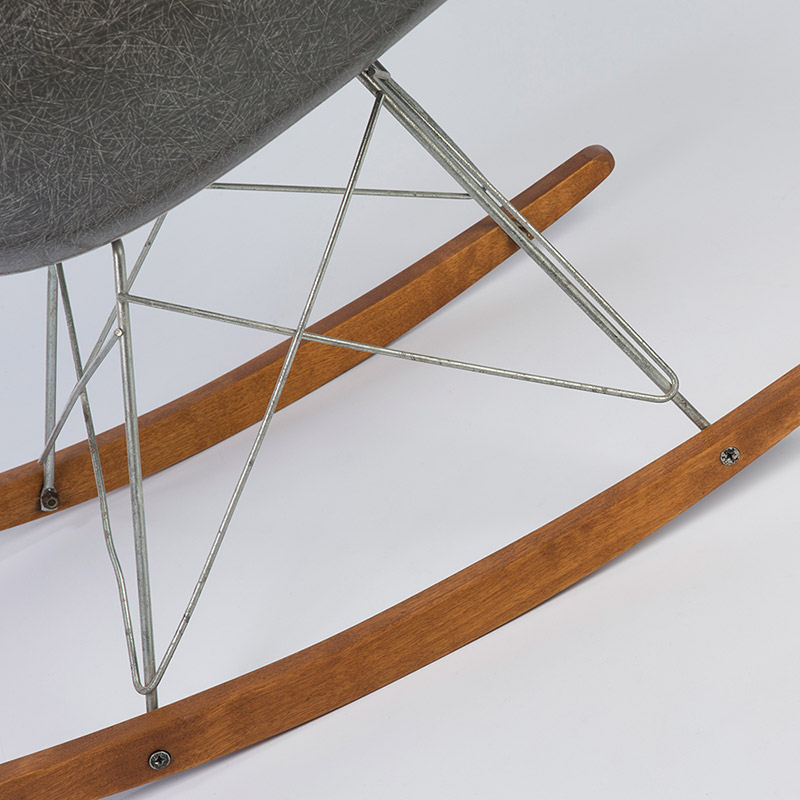 The generations of the unofficial RSR mirror that of the RAR with the exception of the very first 'ankle breaker' generation of the RAR which was obsolete before the side chair was designed and released to the marketplace.

The first generation (second RAR generation) was made with either a black or zinc plate frame and in either Birch or Walnut runners.

There will be clear ageing on the both the base frame and the runners. The base was in production from 1951 through to 1968. 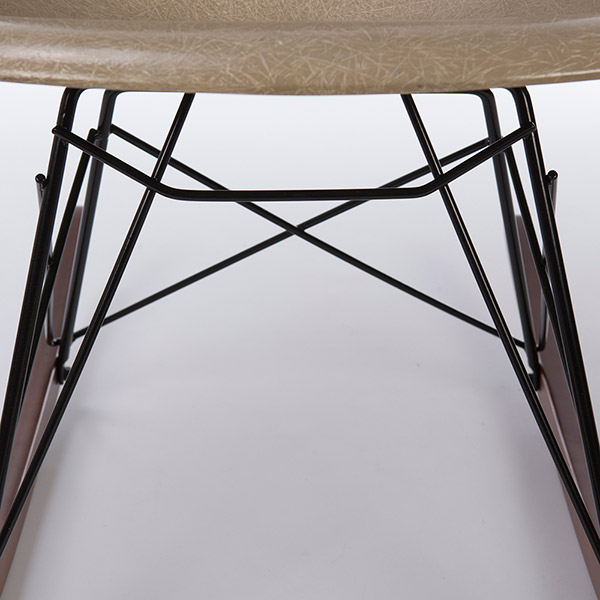 As with the RAR, the unofficial RSR may be found on post 2001 made bases from Herman Miller

These more recent generations have been made in black, chrome and even white frames as well as Ash, Walnut and Maple runners.

Herman Miller bases do not have a makers stamp. It is often difficult therefore to determine one from a higher quality reproduction version. 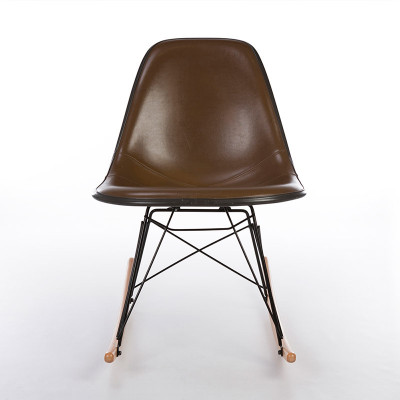 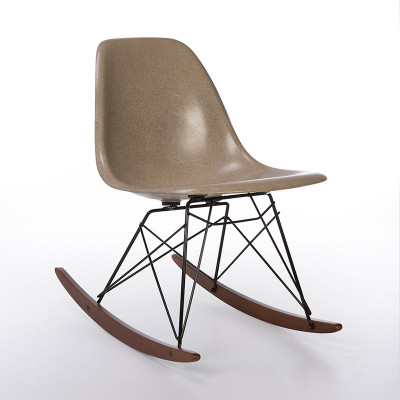 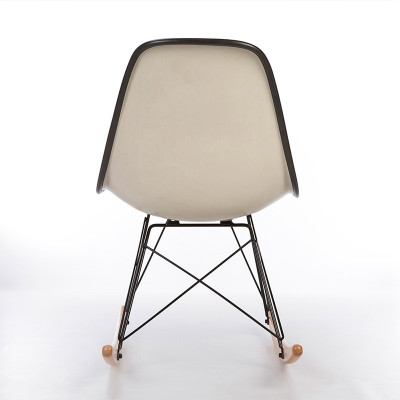 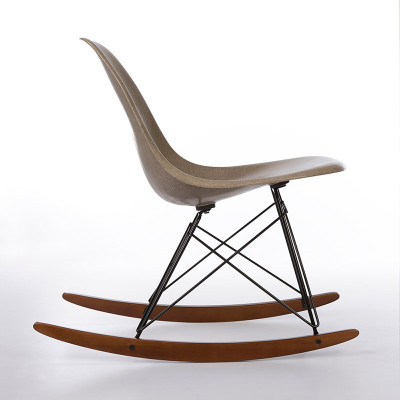 Side view of Eames RSR side rocking chair 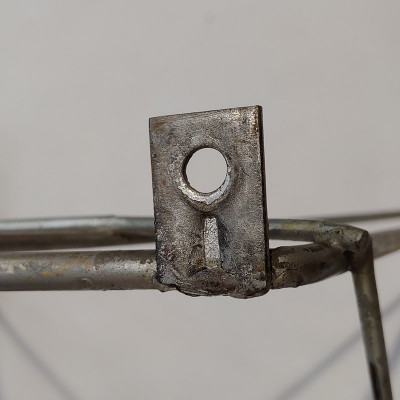 Original base attachments are rectangular and have a molding indentation