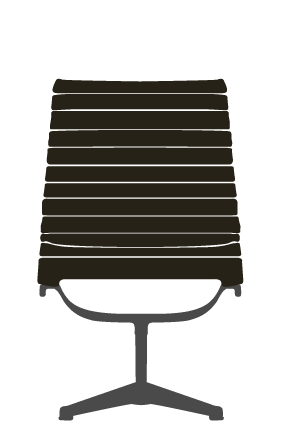 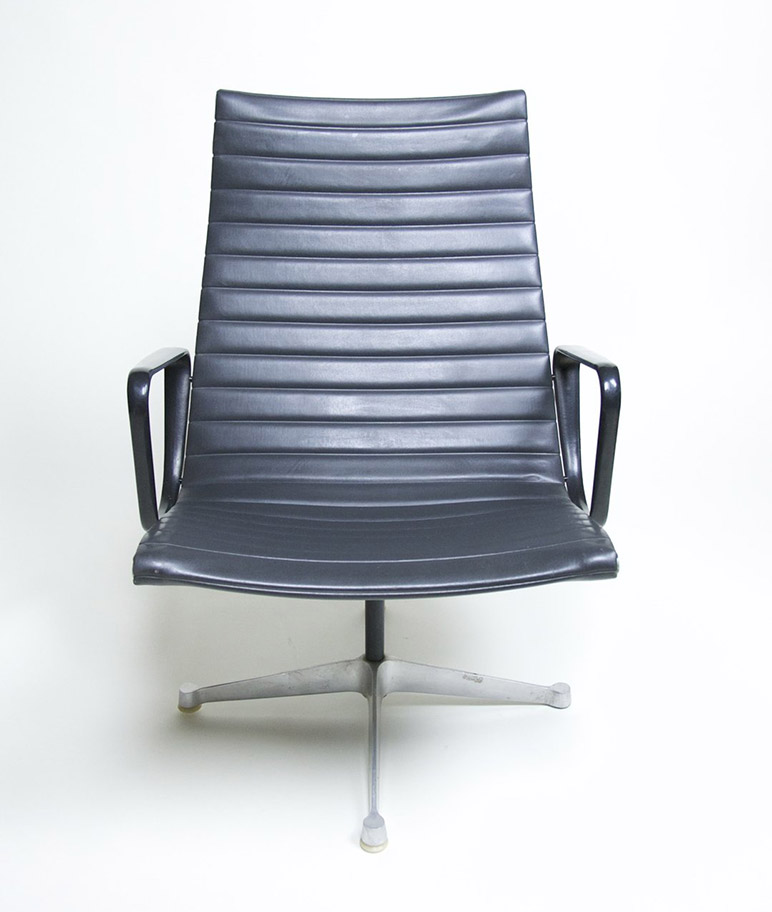 Part of the 'Aluminum Group' and released in 1958, the Eames Aluminum Lounge Chair was arguably the first to be made in the material and was originally designed to function as both an indoor and outdoor chair. Initially released as models 681 (no arms) and 682 (with arms) the aluminum group lounge chair has seen a degree of changes (and indeed code numbers) over the years.

The use of Aluminum, a non-corrosive metal, for the frame was combined with a revolutionary new material called ‘Saran’ which was designed to also resist the outside world. But as we all know, little can survive the power of Mother Nature and the chair was soon marketed as a solely indoor piece, something which remained the same for many years until Herman Miller once again released an outdoor version recently.

The Eames Alu Lounge Chair was produced in a remarkably quick time-period; with work beginning in 1957 the chair was in production by 1958, a feat Don Albinson, the chief developer of the chair at the Eames Office, said was rather remarkable considering the work the chair required to be developed. Utilizing ‘sand-casting’ to produce the aluminum sides and ‘spacers’ the chair is finished by using a single piece of upholstery which is machine stretched over, and kept extremely taught, a job which required new techniques to perfect.

The first chairs of the Alu Group range were offered in either this lounger, with or without arms, a recliner with headrest or a dining/easy chair as well as the matching ottoman. They were available in two Saran fabrics as well as vinyl Naugahyde and later would be released in Leather and plastic mesh. By the third generation in 1985, the options available for the Alu Lounger had reduced from 4 variants down to a single one.

What are the model numbers and codes of the Alu Group Lounge Chair?  Alu Group model and code numbers are often mystifying, with so many seemingly being used for the same one. They changed when Herman Miller re-classified their product ranges or when design changes were developed into the chair. You can view our full estimated Alu Group Classification or use this brief summary specifically for the Reclining Alu Chair:

With subtle differences in size, heights and fabric choices it could be easy to get carried away with Alu Group Lounge Chair generations. With this in mind we tend to think of generations in these chairs as changes in bases. Generations in any furniture product are selective and subjective but as long as they aid in ageing, valuing and understanding the product then they purpose is well served. 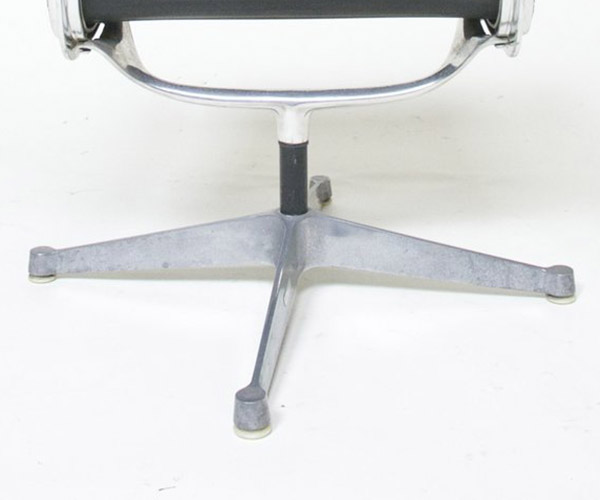 The first Alu Group Loungers were released on pedestal bases (also known as contract base) which was designed in 1957 and released to the market by 1958.

Made from polished aluminum, the base gave great width support and glossy looks while untarnished.

The coding numbers of the chairs on 1st gen bases changed in 1966 and remained until the base discontinued in 1973. 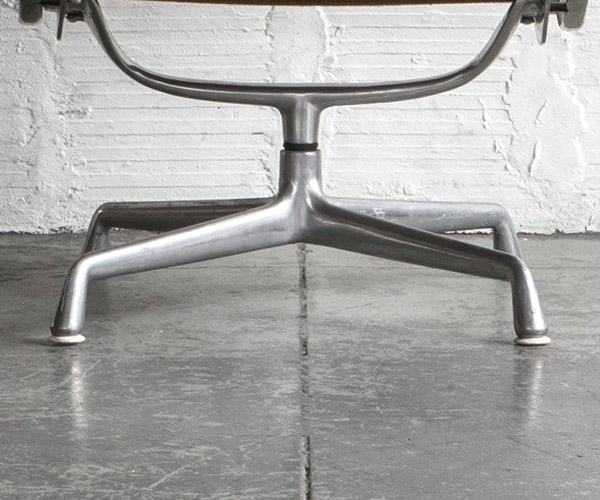 The second generation base, known as the Universal (or contract) base was brought in during 1966. This new base type was actually sold side by side with the original pedestal base for near on 7 years.

Although not necessary for the Alu Group Lounger, the Universal base had more flexibility as it was able to take both castors and glides.

The Chairs went through a coding change during in approximately 1973/74 when the overal dimensions of the Alu Group were overhauled and tweaked slightly. 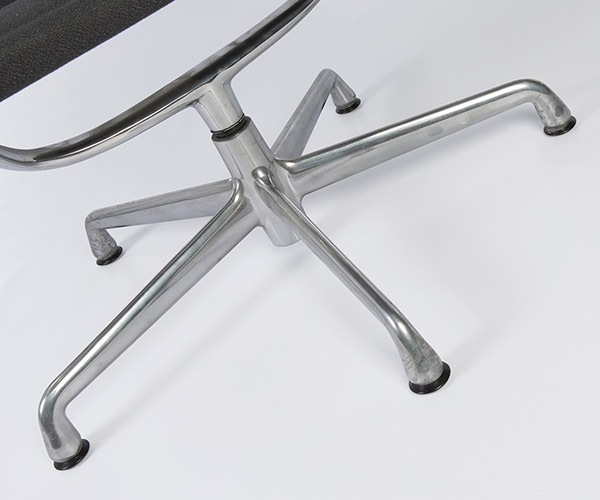 During the mid 1980's the base went through another development. With added support and safety in mind, the universal (or cruciform) base was morphed into a 'star' shape with 5 legs as opposed to 4.

The lounger options were also reduced during this period, from 4 variants down to one, the EA333. The fixed and armless versions were stopped and only the swivel armchair version was retained. To confuse things, the 4 and 5 star versions were sold side by side for a further 8 years until 1993. 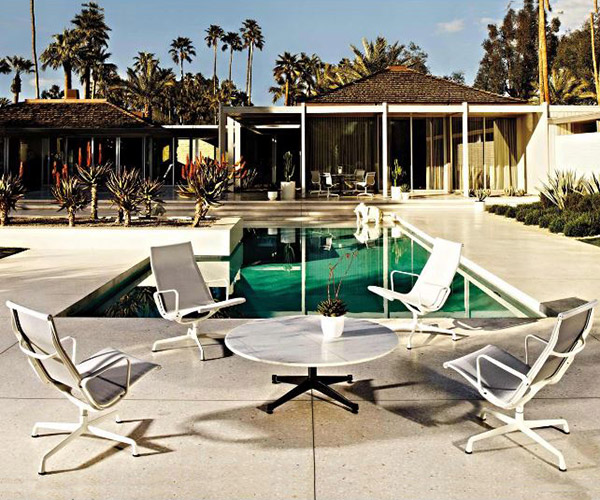 Since 2011, Herman Miller extended the range of the Alu Group Lounge chairs with a modern visit to the past. They have created a newer range of chairs with the purpose of being used outdoor. The outdoor lounge is classed as EA516 and white frames also became an option.

In addition, they re-established the 4 star base on the lounge and recliner chairs in the range (reverting back to the older code) whilst leaving the 5 star version on the work related Alu Group designs. 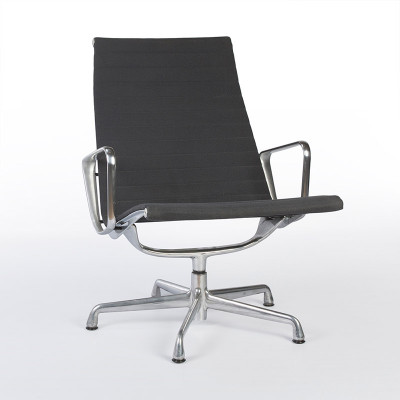 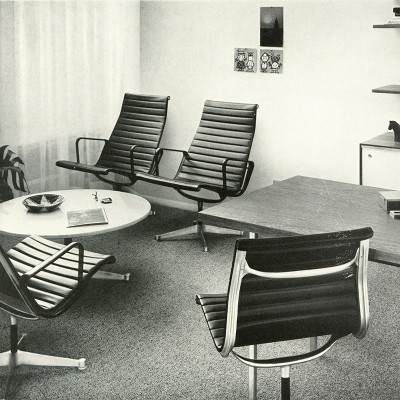 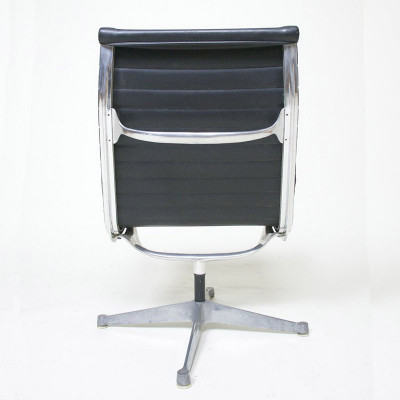 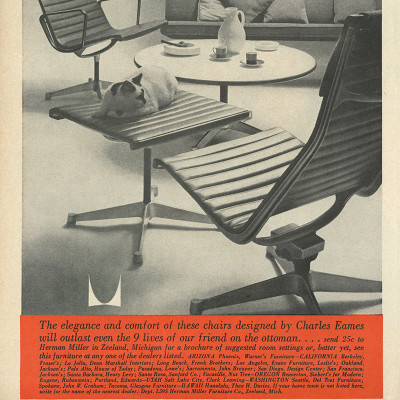 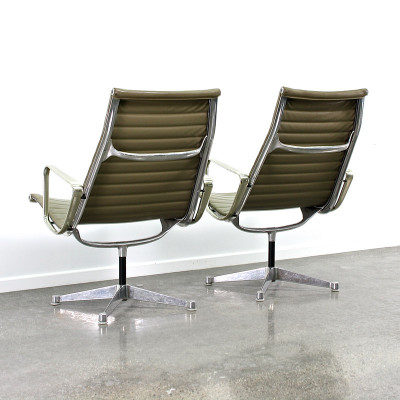 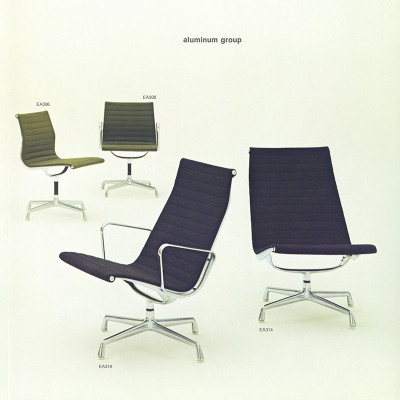 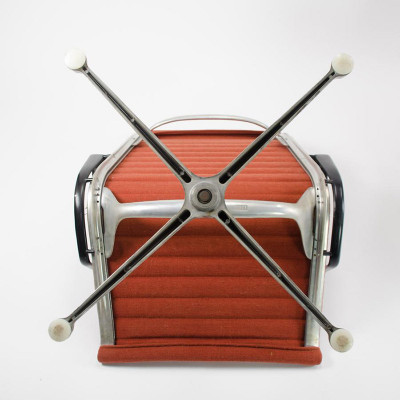 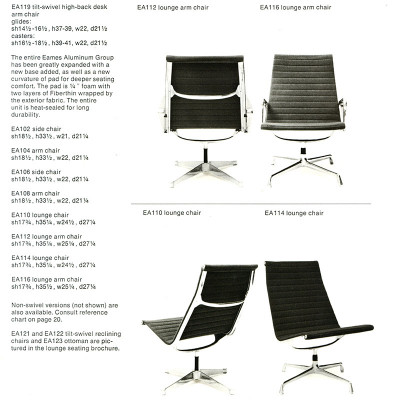