There are many Charles and Ray Eames designs that stick in the mind, many that have lasted the test of time. Besides some of the famous chairs the duo produced, like the Eames Lounge Chair and the fiberglass series, it is perhaps arguable that some of the Eames coffee tables are next on that illustrious list.

The coffee table is a focal piece, standing in front of the sofa or lounger, it’s an invitation to rest that heavy mug or hardback from your hand. Charles and Ray Eames recognized both the purpose and importance of the Coffee table and this is the reason they produced them right from the outset. In fact, each series of major furniture ranges that they produced all had a corresponding Original Eames coffee table, testament itself to its importance. 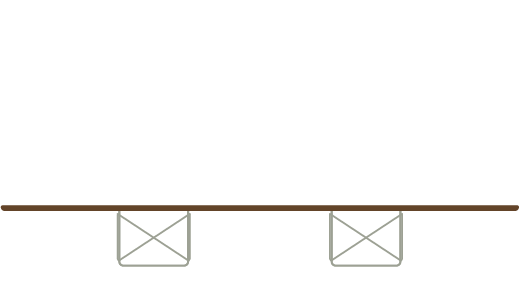 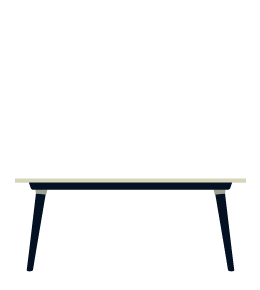 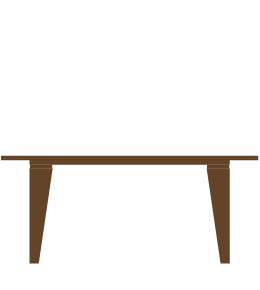 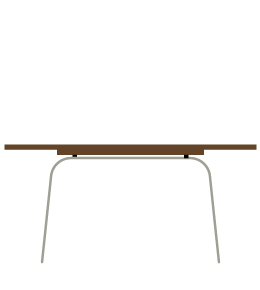 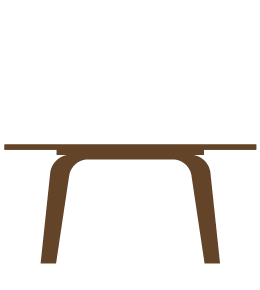 The post war years were a designer’s dream, new materials coupled with a new sense of optimism prospered in the US. Everything from architecture, automotive design, furniture, fashion and even music was changing rapidly. A new, less conservative way of thinking was the creative influence of the arts and this free-thinking approach would have benefits right across the country. One such success story was that of the office of Charles and Ray Eames. Their war efforts may have served the country well, but they were also able to take something out of that period and turn it into something quite special. Their work with creating strong shaped plywood layer forms would really come to the fore once the shackles of the restricted war years were over.

1946 would mark the first release of a range of adult furniture made with the molded plywood. Along with some of the now famous chairs such as the DCM and LCW were matching Eames coffee tables that mirrored the same options. All made from the new materials, the tables would be stylish, strong and yet light to carry and move.

To match the chairs with metal legs (the DCM and lounge equivalent LCM) was the CTM, abbreviated name of Coffee Table Metal base. This fantastic design was simplicity at its finest, with the beautiful natural veneer molded top sat aside the shiny metal legs. The top had a lip and then a convex in the center radius to enable placed items to always safely stay on the table surface. The table was very light to pick up and move from place to place. Sadly, the design did not last the 1950’s but has been re-issued in recent years.

The wooden leg chairs (the DCW and LCW) had a matching coffee table called the Coffee Table Wood Base, or CTW. The top was identical to that of the CTM, only the legs were different, much in the same way the chairs were devised. The CTW was also discontinued in the later 1950’s but was re-issued as part of the classic series in 1994 and has been available again ever since. The CTW was always available only with a natural veneer top but dyed colored variations have been made too.

Two of the early DTW dining tables had matching Eames coffee tables too. One, the OTW was a wooden legged coffee table with an oblong top available in either a natural veneer or plastic Micarta surface. It was made to match the DTW with wooden L-shaped legs. The other, merely called the DTW-50 coffee table was made in the same way as its dining big brother with detachable screw in legs.

The 1950’s would see the arrival of one of Charles and Ray Eames’ most unusual and distinctive designs, the ETR ‘Surfboard’ coffee table. This super long table had a long oval shaped top sat aside two square wire rod bases on either end. The table is very much intended for a large space as it is simply huge! The top was available in natural veneer or a Micarta finish in black or white. The ETR remained on the product list until the mid-1960’s before it was discontinued, eventually being re-issued with other classic in 1994.

Later, with the release of the Aluminum Group, the Eames coffee tables would come with the distinctive contract bases (and later universal bases) to match the chairs and larger tables in the series. These contract table-based tables were available in many sizes and finishes over the years including natural Rosewood and Walnut veneers, dyed natural veneers as well as coated plastic. The success of the group was high with tables and chairs good for both home and workplace alike.