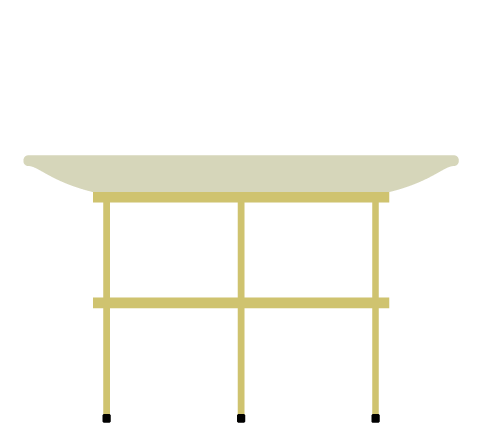 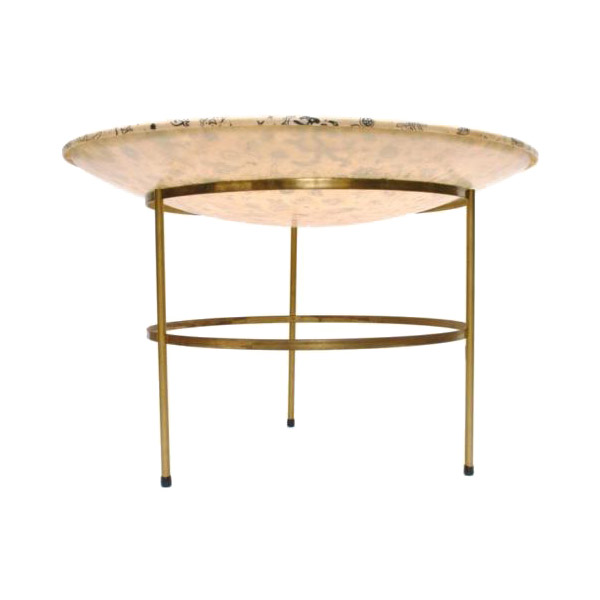 Designed and released by Waverly Products in 1954, the Eames Catch It All side table showcased the Ray Eames Sea Things design on its 'bowl' like top. The table itself was not designed by Charles and Ray Eames, only Ray's pattern transfer. Waverly released a selection of products utilizing the award-winning Sea Things pattern including this table and the Sea Things Serving Trays.

The table top was not designed with a traditional flat surface but instead had an entirely convex shape for a specific function. As the name, suggests, Eames Catch It All side table, the purpose of the bowl-like table top was so that the user could place or toss items into the center of the table without fear of something falling out or from the sides. The table could be especially handy for smaller items including those such as keys, coins, a purse or a wallet.

Ray designed the Sea Things pattern for a Museum of Modern Art (MOMA) competition for fabric textile design in 1947. From the two she submitted her Sea Things design received an honorable mention, something of a coup for a participant not traditionally from a background in fabrics.

The Eames Catch It All side table was manufactured to order and it is likely that sale numbers were extremely low, giving rise to the possibility that very few exist today. They have, from time to time, appeared in specialist auctions and they have always fetched high values, largely due to Ray’s connection to the piece. 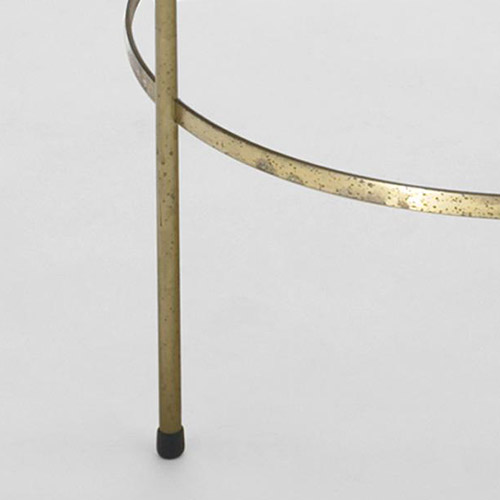 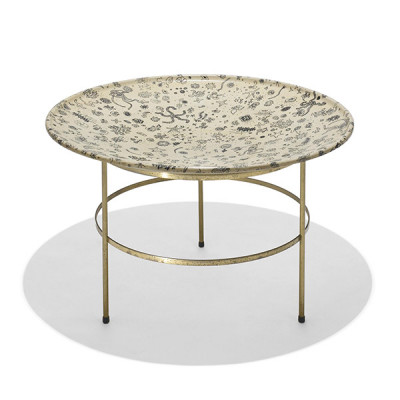 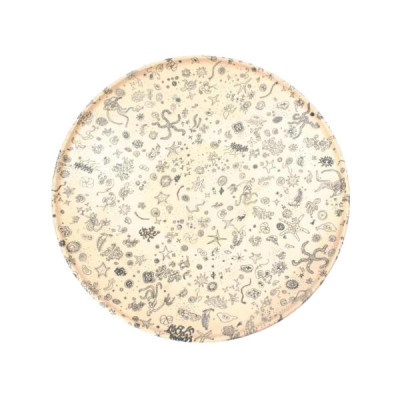 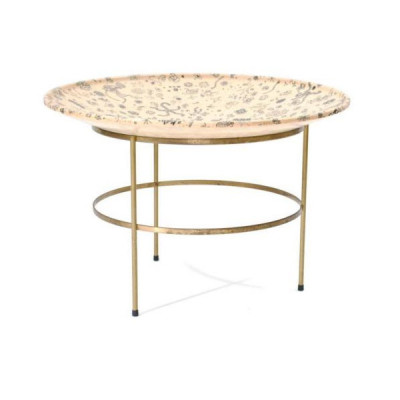 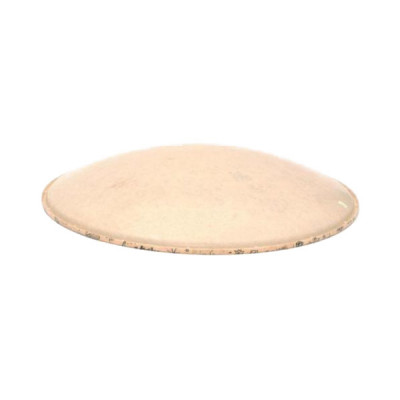 The top as seen from the underside, a dome made from re-enforced fiberglass