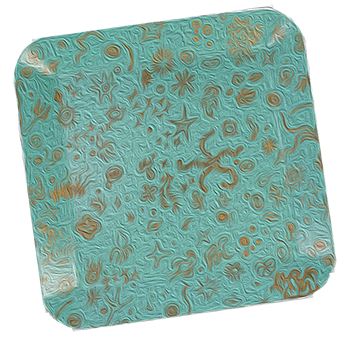 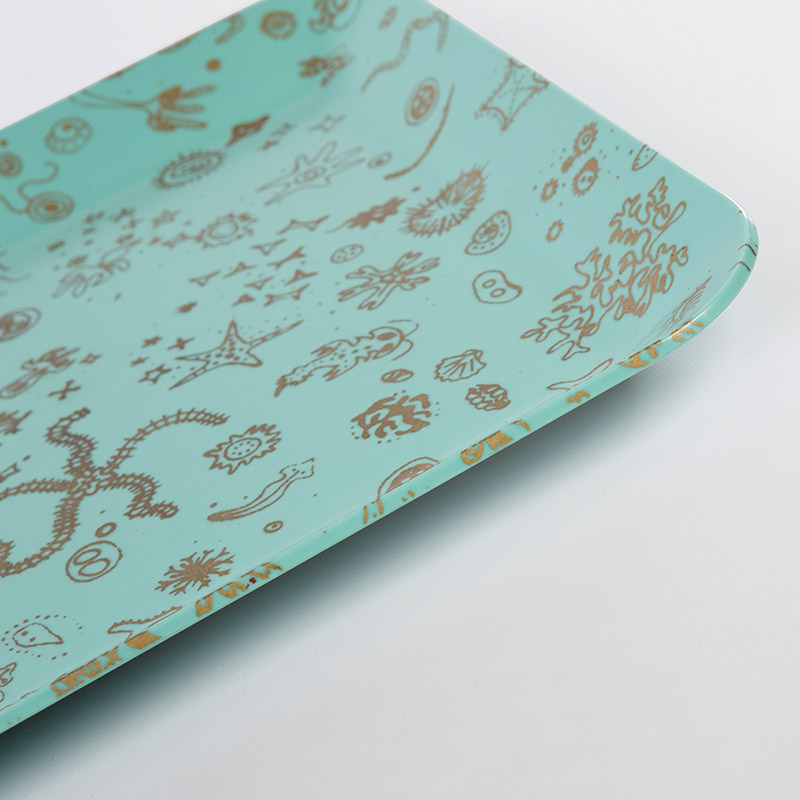 The Eames Sea Things Serving Trays were a set of serving trays, released to the market in 1954 by Waverly Products, featuring the Seathings pattern, originally designed for textiles by Ray Eames.

The Eames sea things trays were released in three basic shape versions, circular, square and rectangular and in two color combinations of black and white and turquoise and gold.

Waverly products were based in Scranton, Pennsylvania US and were a manufacturer and producer of home wares. During the 1950's they produced a whole range of different items using Bakelite, plastic and fiberglass technologies. Alongside the trays, Ray Eames' seathings design was also utilized for a side table named the Catch-It-All table.

Waverly used the same basic trays to print literally hundreds of designs, from classical imagery to modern and mid-century designs, such as the Seathings tray. As the production was limited to only one year the trays have become a highly desirable collectible for Eames collectors around the world. Modern reproductions were made by Vitra but the original Waverly versions remain more elusive to find.

The square and rectangular shaped trays tend to be found in equal numbers and across both colors. The circular version is undoubtedly less common and is the smallest of the three. All the tray types are now commanding much higher purchase prices due to the desirability with Eames collectors.

The Seathings trays were made using re-enforced molded plastic with transfer printing in either black or gold design. 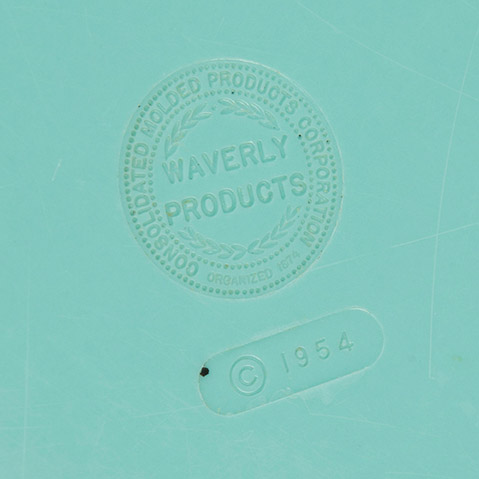 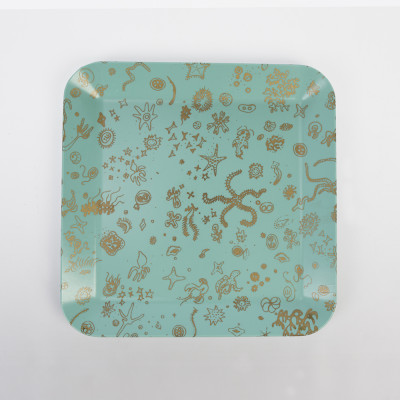 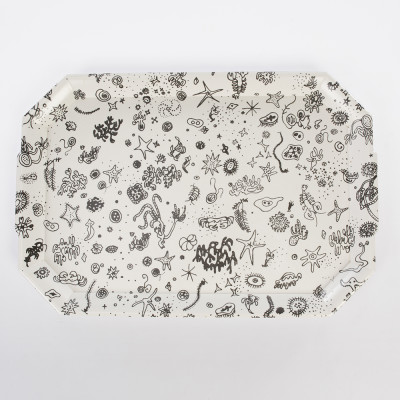 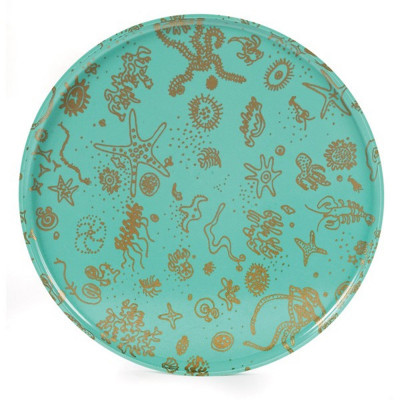 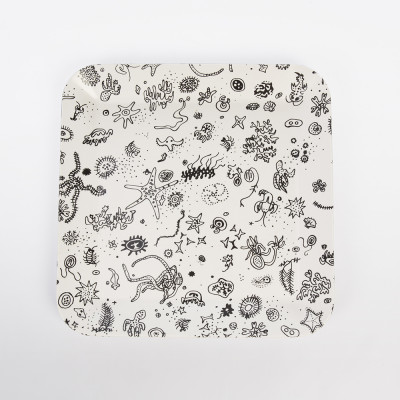 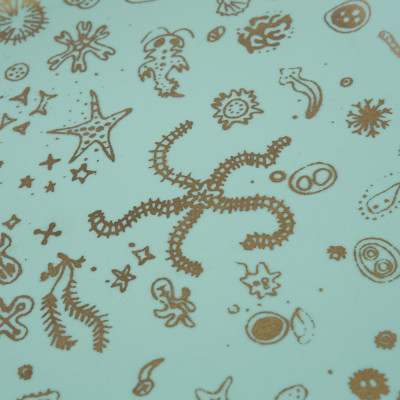 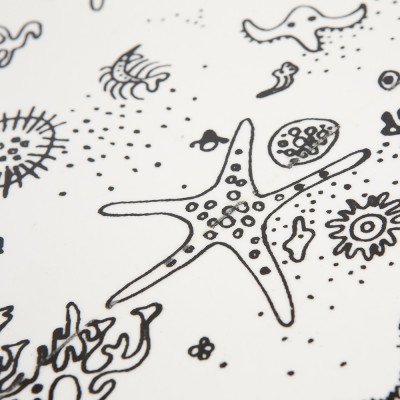