It is the small things, the details, the accessories that turn a house into a home. Not many can live in the minimalist ideal as the things we choose to adorn our homes are more than just objects. Charles and Ray Eames may not have designed and created many homewares but the ones they did have lived on and become firm favorites.

Visitors to the Eames House in Pacific Palisades, Los Angeles, California will note the array of homewares, trinkets, mementos and keepsakes Charles and Ray chose for their own home. For many of us, some of their own creation will adorn ours. From trays to coat hooks, screens and pipe stands, the Eames homewares are as random as they are quite special. 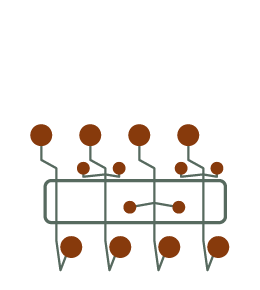 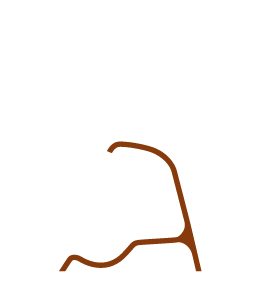 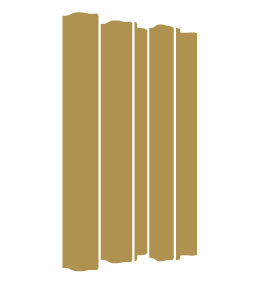 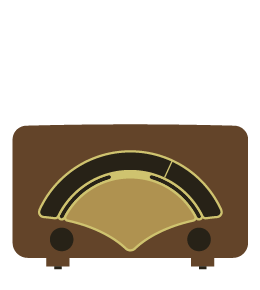 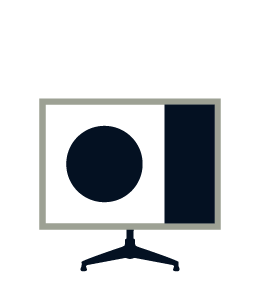 The early post war years brought the newly developed plywood forms for use with all manner of various products. Whilst the chair and table designs will always be the most famous of the period, some of the accessories were created during this time too. The first design made from the molded plywood may well be one of the least known and yet most personal to Charles Eames. The pipe stand consisted of a small wave like design with cut outs in order to hang smoking pipes conveniently inside. Charles Eames was an avid pipe smoker and there is a big chance that this piece was something he made even with himself very much in mind. It was an accessory, a piece of Eames homeware of convenience and practical function all made with the same plywood layers as found on the famous DCM and LCW chairs.

The Eames Radio enclosures were many in number, so much so that no one knows exactly how many different designs there were altogether. The plywood boxes proved to be excellent resonators for sound and were also small and portable. They sold in good numbers too over a period of 5 years from 1947 through to around 1952.

The folding screen of wood (FSW) would be the next most notable homeware design to hit the market. The design was super clever with panels of beautiful natural veneer either folding into a single compressed space or out into an array of panels connected with stretchy fiber in between. The screens would be available initially in 3 lengths, two heights and in a choice of 3 wood type veneers, with more added and taken away over the years. Despite being discontinued in the mid 1950’s they would make a comeback with the re-emergence of the classic designs in the 1990’s.

One of the most recognized and yet unusual Eames homewares designs of the 1950’s was the Hangitall Coat Hook. This amazing construction of a white painted wire frame and colorful painted balls has inspired a seemingly unlimited number of copycats over the years. Who would think to make a coat hook fun and interesting? Charles and Ray Eames would of course!

The plywood enclosures would prove more than useful once again in the mid 1950’s with the commissioned design of the Stephens Trusonic Speakers. They would also feature painted panels as well as natural veneer and stand atop bases first designed for the Eames Lounge Chair and Ottoman.

One other accessory of note was the Waverly Serving Trays, made for a short time since 1954. Charles and Ray Eames did not design the tray but instead supplied the Sea Things pattern that Ray originally designed for textiles and fabrics.