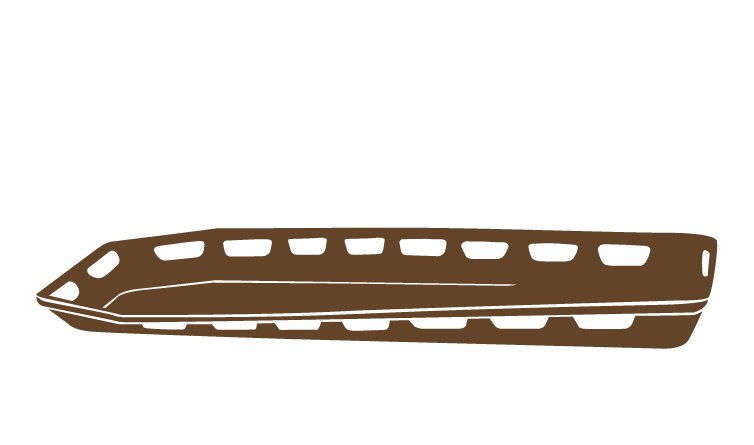 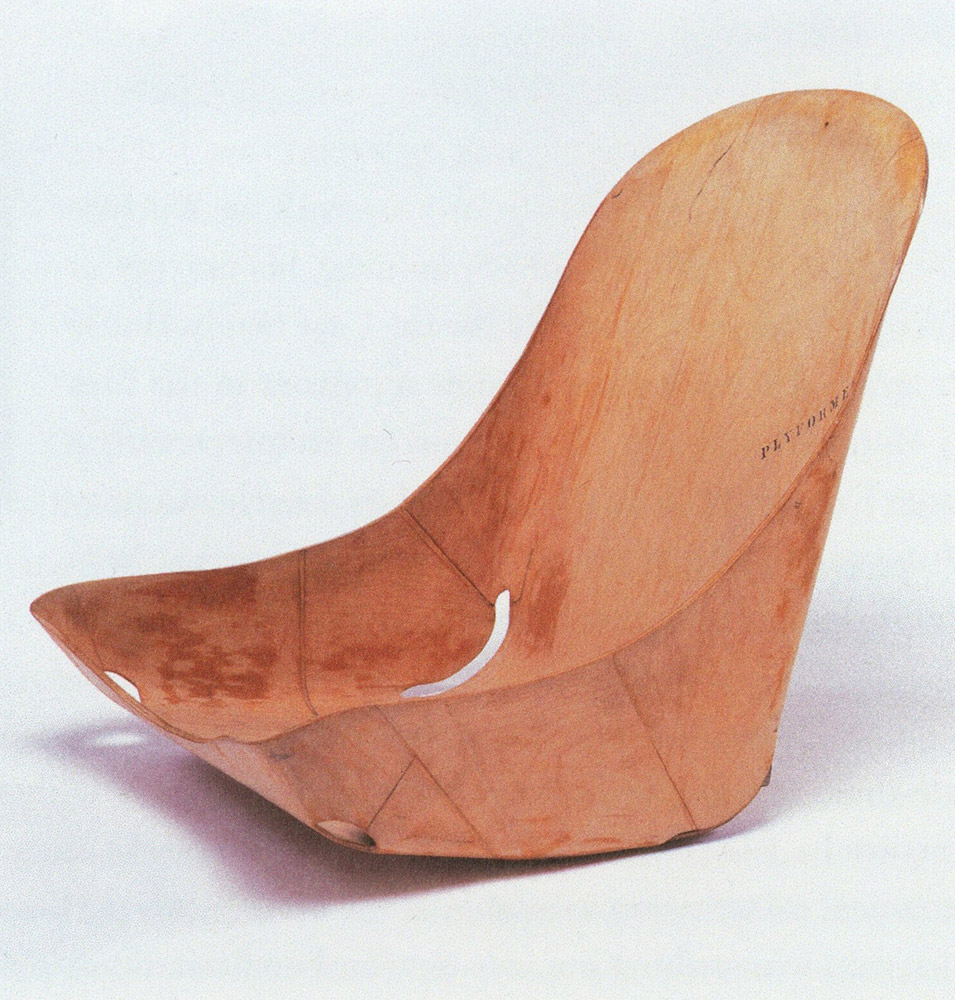 Unlike the leg splint, which was successfully deployed to the field by the Navy, the prototypes never made mass production. Whilst we generally only catalog Eames designs that made it to the marketplace in our Eames Wiki, there are a number of wartime prototypes that have made it into private hands and are therefore relevant to the collector.

Following the success of the leg splint, focus initially remained on designs with medical benefits. A full body litter (stretcher) was developed using the very strong Plyform material, made from layers of molded plywood fused together using heat and glue. The litter was an impressive 'coffin shape' design which had been molded to the contours of the human body along with multiple slots on its circumference in order to attach ties or act as carry handles. An arm splint was also created to lend aid to those with upper body injuries.

As the war progressed the Evans Company were able to negotiate projects for aircraft parts, primarily for the Vultee BT15 training plane and the CG-16 Cargo glider. Experiments and prototypes were made of numerous parts including a pilot's seat, gas tank, stabilizers, trim tabs and even a full nose section. Although some of the parts were utilized on test flights, they were not contracted for production. 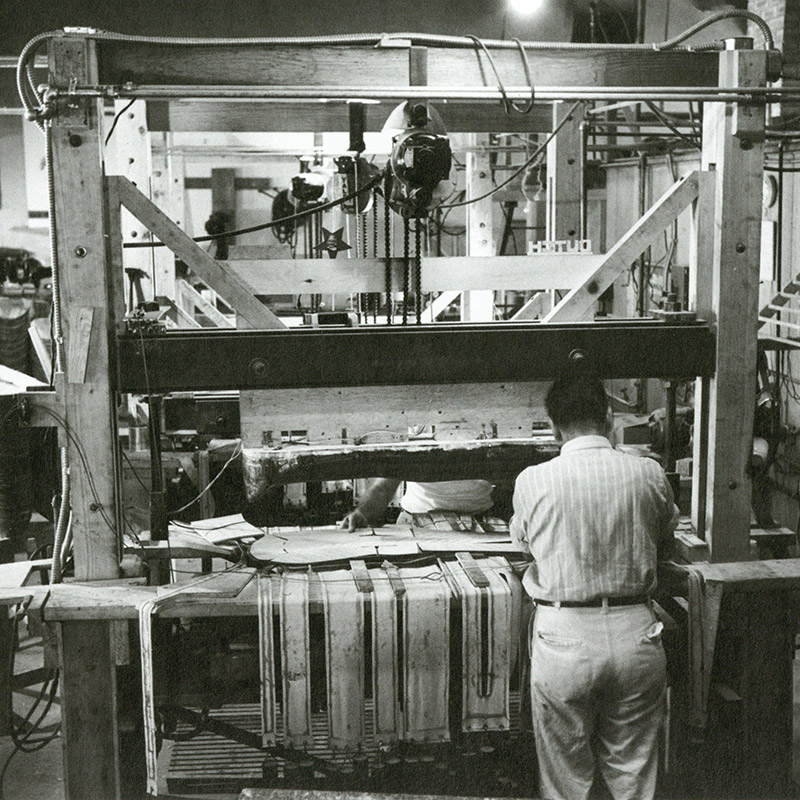 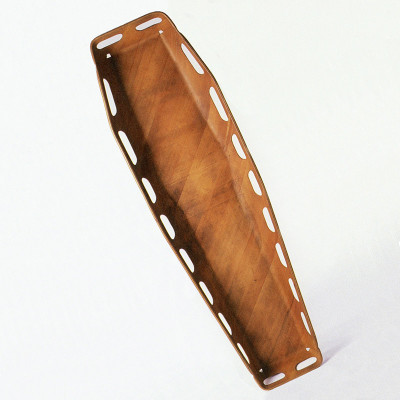 The full body litter was one of the experimental designs made from Plyform but after various prototype forms was not sanctioned for production. 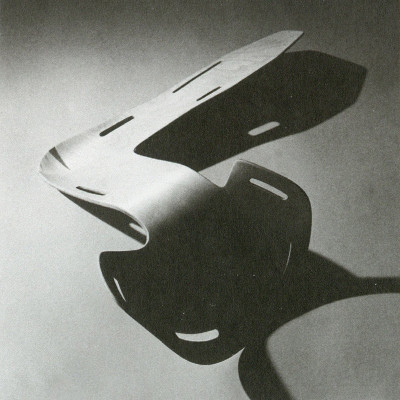 The success of the leg splint for the Navy resulted in experimentation for a version to be used for upper body injuries, like this arm splint. 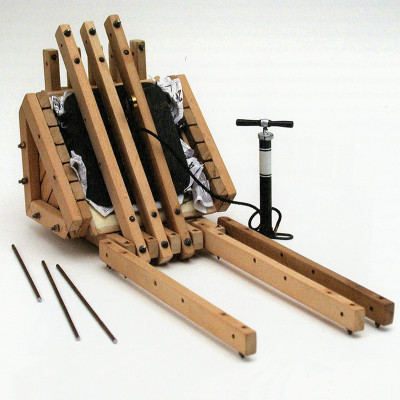 One of the early plywood molding apparatus nickname a 'Kazaam Machine' by Charles Eames who helped to bring the process to the fore. 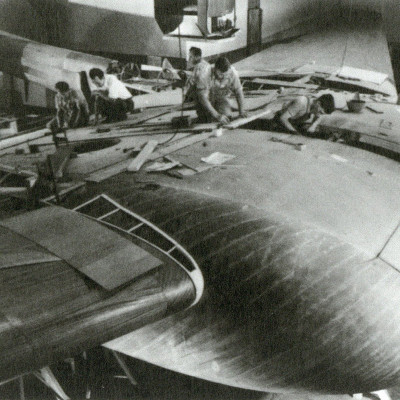 Part of the experimentation during the war years involved creating parts for aircraft including this full size section for the CG-16 Glider.