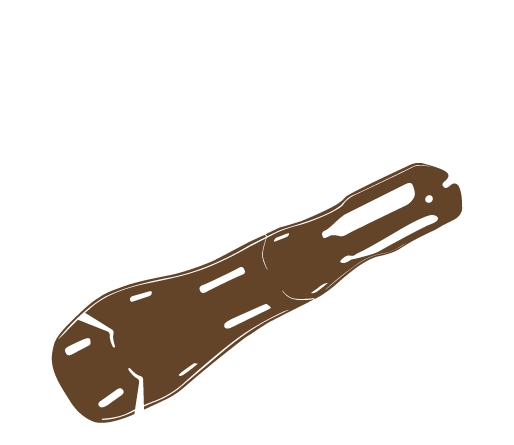 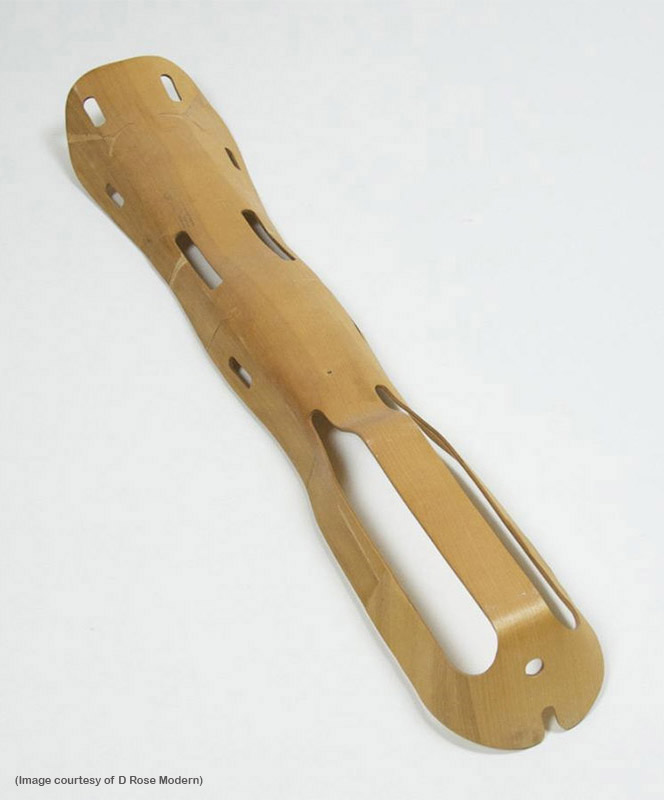 Designed between 1941 and 1942, the Eames Leg Splint was an ingenious entire re-design of the medical support apparatus and was a significant contribution to the second world war effort by Charles Eames and those who helped bring the splint from prototype to work in the field.

The idea was the brainchild of Wendell G Scott, a fully trained medical doctor and a Lieutenant Commander in the US Navy Reserves. Existing splints used by the US Navy had proven to be poorly designed and endangered the unfortunate servicemen further by potential issues such as loss of circulation and being heavy and cumbersome. Scott was introduced to Charles Eames and the work he was doing to pioneer the molding of plywood and all its potential possibilities.

Charles, along with others, creating a fledgling company called the Plyformed Wood Company (Plyformed being the adopted name of the new molded material) and set to work on producing splints in great numbers, having secured a contract from the US Navy in November 1942, thanks to a prototype based on Charles' own leg. By this point Charles had left his position at the MGM studios to concentrate on the work and had taken others too to help in the effort, including one Harry Bertoia.

With money and materials in scarce supply, the company reached out to Evans Products, a giant US company in the wood products industry. In return for the patents of the design and the fusion of the Plyformed Wood Company into its own subsidiary, Evans was able to resource limitless supplies of material, labor and funding.

The splint would go on to be a great success and it is estimated that 150,000 may have been produced. Evans in collaboration with Charles also made many other wartime prototypes including a body litter, arm splint, pilot seat and even plane flaps.

There are many quotes attributed to Charles Eames during both his lifetime and working career including the now legendary:

Charles had a reputation for being a perfectionist and for striving to get perfection in others who worked both with, and for him too. It would be impossible to gauge exactly when Charles Eames discovered the wisdom of his own words, but one thing is almost for certain, this true application of the discipline of his craft must surely have been already present in order to create the wartime splint.

Perfection in the making, the Eames Leg Splint has largely become a collector’s item, an early example of the work of the master, something to be enjoyed for its visual beauty, sculpture and craftsmanship. Indeed, these are virtuous qualities and especially when you consider that almost 99% of examples found today are still wonderfully intact after all these years. But the splint is more than that, much more, and there is consensus among some that it could even be the very best design that Charles Eames ever made.

It would have been easy just to recreate a leg splint with a few improvements to satisfy as a replacement of what was already a poor functional design. The end result however was far from it, being a complete and utter re-design and an entirely revolutionized product.

Details indeed, so many facets of the 'design need' had been brainstormed, developed and integrated into the final product that had literally thought of everything. The below text may seem like that of a modern sales page pitch but were in fact the real details, details, details and the features of this wonderful design: 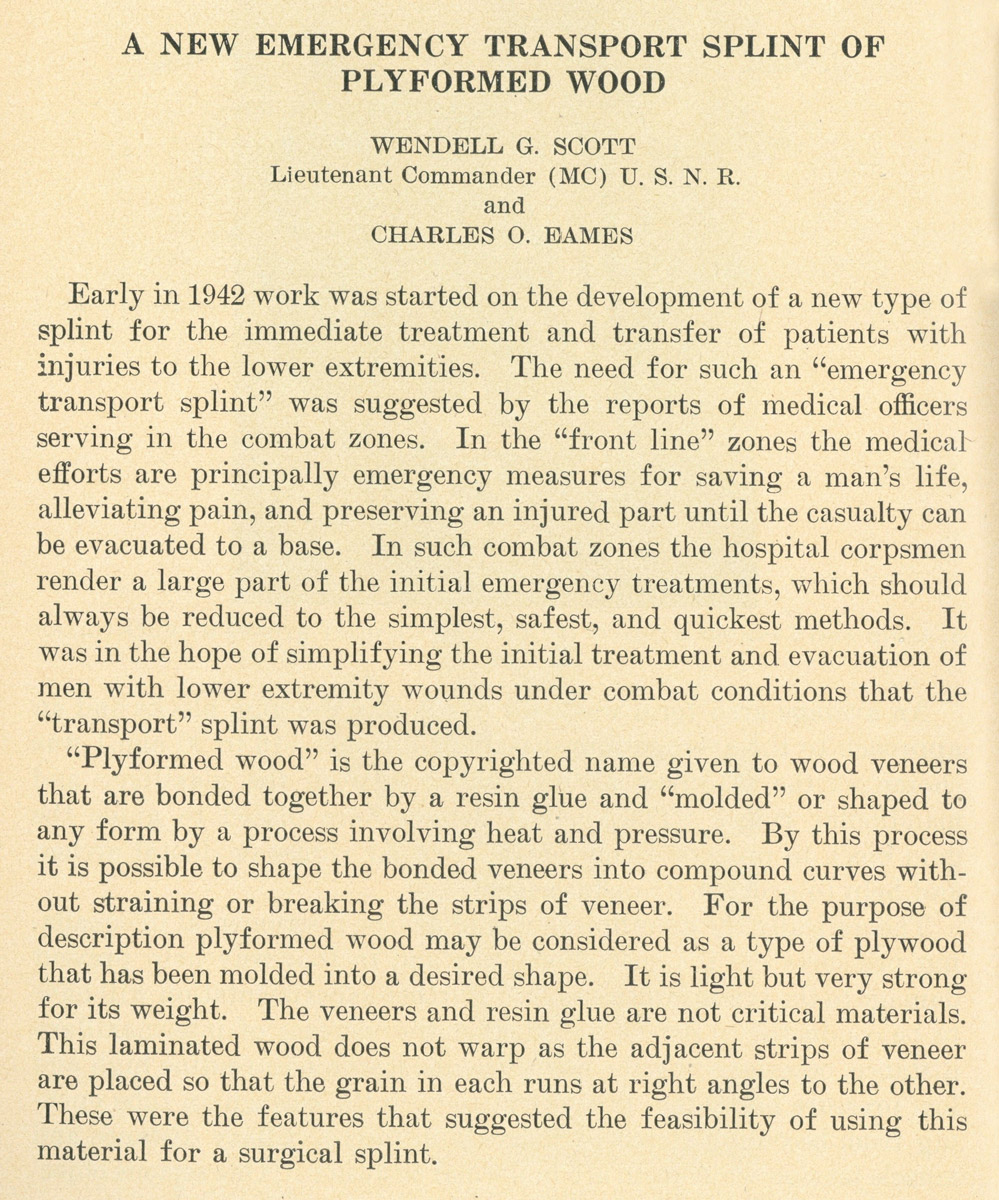 The US Naval Medical Bulletin was an important bi-monthly publication aimed at keeping officers of the Navy medical corp up to date with such things as new developments, practices and procedures as well as topical, current and helpful articles. The September 1943 edition contained articles on head war wounds, treating combat fatigue and state of shock, among many. It also contained a four page introduction to a new piece of 'field apparatus', the Eames leg splint. The written article underlined the advantages of the new equipment as well as pictorial instructions on how to use it.

The one-piece splints were generally made using Mahogany, Birch and Fir plywood sources.

The measurements of the splints were:

The weight of the splint is approximately 1.5 pounds (0.68 Kilos) 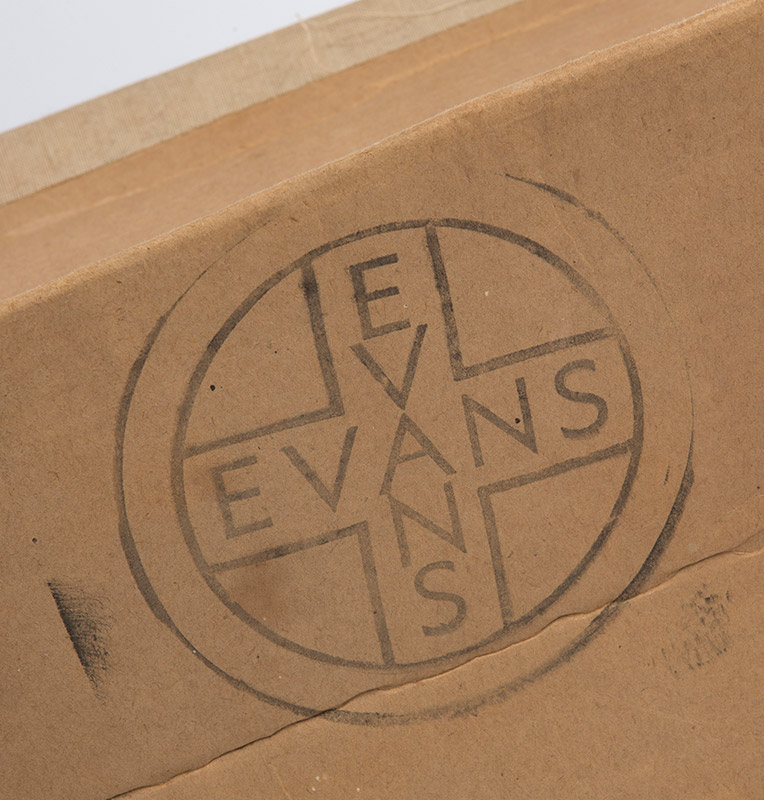 Evans Products, the US plywood giant, was the supplier of the materials and finished product to the US Navy, denoted by stamp on the splint boxes and labels. 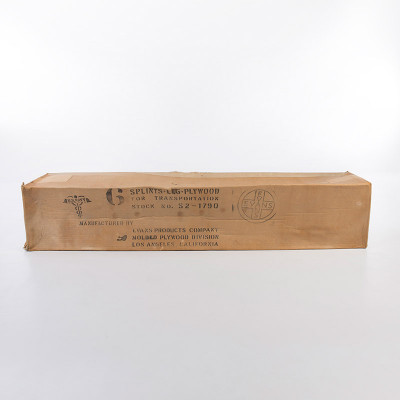 Evans products supplied the splints to the US Navy in boxes 6 fully wrapped splints inside. 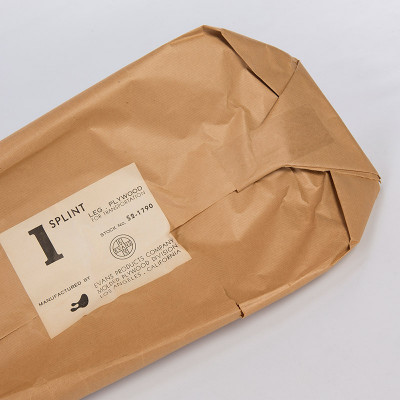 Each new wrapped splint had an identification label with the part name, part number and manufacturer. 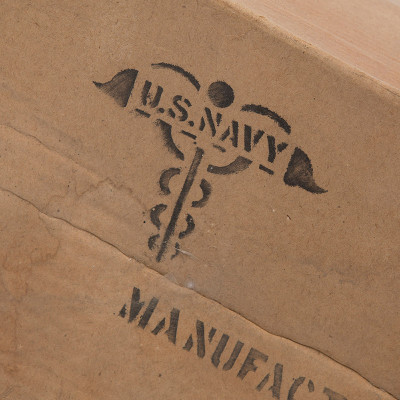 The boxes of the Evans made splints were clearly identified as being made for the US Navy. 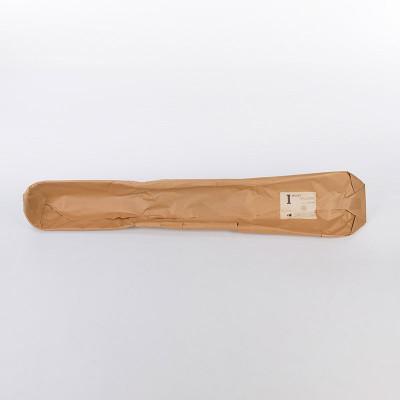 Each splint was wrapped in brown paper wrapping which could be removed easily and quickly in the field.