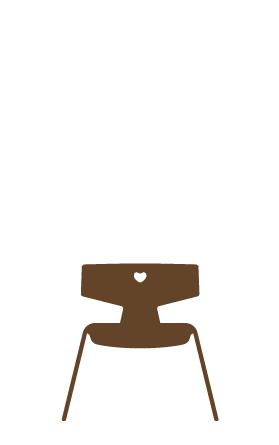 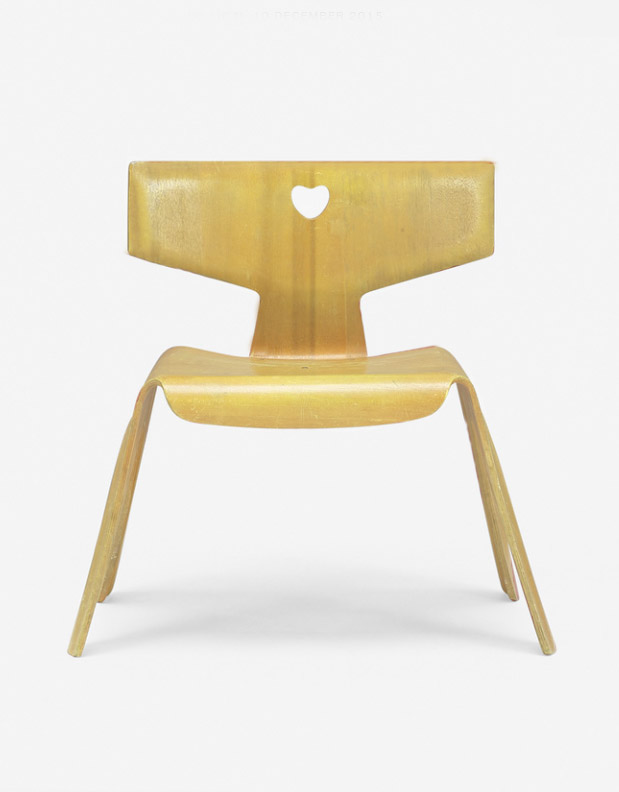 The 1945 Eames Nested Childs Chair (also known as the heart chair) was the very first Eames designed chair for the commercial market.  Made by the Evans Molded Plywood Company, the chair was part of a very small series of furniture for children.

Although much is made of the adult plywood furniture that was released a year later, the furniture for kids preceded it. The techniques used during the war years, to make products such as the splint, were put into action to create this first line of commercialized furniture. The chair, so called ‘nested chair’ as they could stack, was released alongside a matching stool and table.

The Eames Nested Childrens Chair was made from two sections of five layers of molded plywood. The top spine was attached to the lower seat part by way of 3 rivets in a triangular pattern. The beautiful curved forms of the chair were then topped by a wonderful heart shaped cut-out, designed to be the carry point.

There was only 5000 Nested Chairs and Nested Stools made in total. They were released to the marketplace in natural Birch or aniline dyed black, yellow, red, magenta and blue. The reality was that the Evans Plywood company did not have the experience in marketing furniture of any kind. It was therefore not a complete surprise that the series turned out to be a commercial failure. Fortunately, the intervention of Herman Miller, as first distributor and later sole owner, would be the remedy for the plywood series chairs and future products, but it was too late for the children’s range.

The lack of original numbers and natural loss through the years ultimately means that the Child’s Nested Chair is one of the rarest collectible Eames chairs that can be found today. European manufacturer Vitra did make a re-issue however Herman Miller has never attempted to remake the chair. 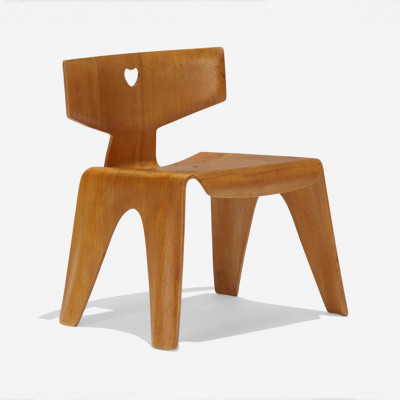 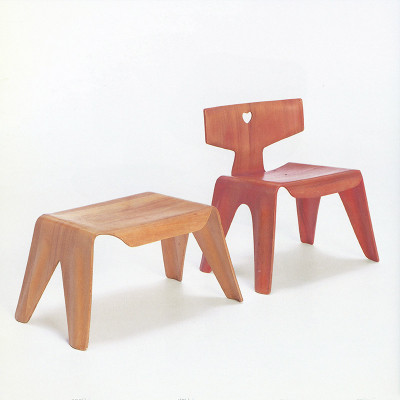 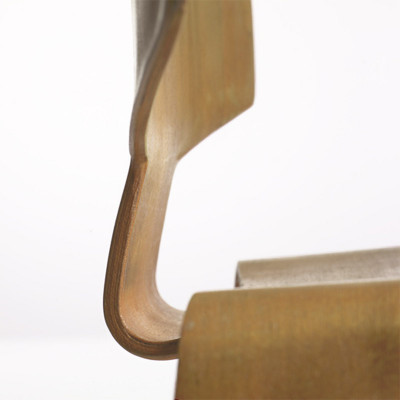 Side on view of the Child's nested Eames chair 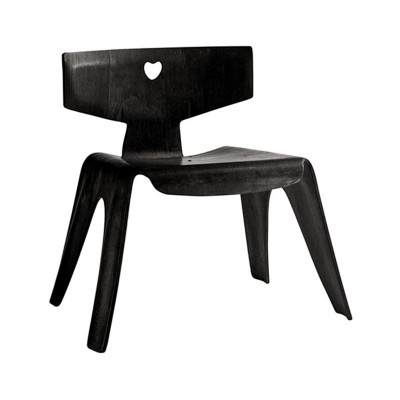