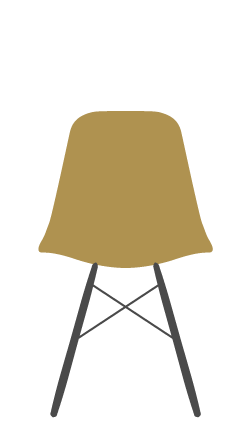 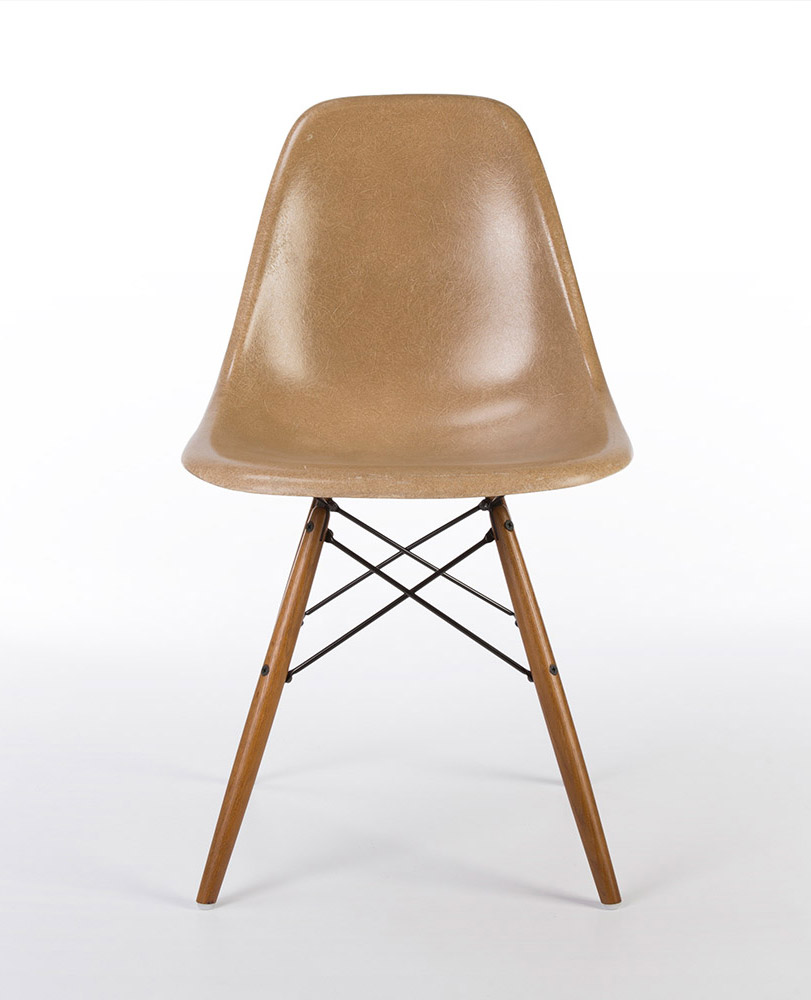 From the molded plastic fiberglass series, the abbreviated Eames DSW chair stands for Dining (D) height, Side (S) chair, on Wood (W) base. Today it stands as one of the most recognizable furniture designs of modern times. The alternative PSW was for the Pivoting (P) variant.

The DSW has become one of the most desirable base types produced for the chair series, perhaps largely due to its attractive visual appearance that honed towards the home market as opposed to some which had more commercial applications. It wasn’t however always that way! The base of the Eames DSW Side Chair was actually beset with problems and the design was abandoned even before the middle of the 1950’s. Due to the weight pressure travelling through wood (as opposed to metal) legs would splinter, or worse, crack and break. The number of returns was simply unacceptable and Herman Miller consigned the dowel leg base to archive!

The DSW was one of the original bases of the plastic side chairs and was released as an option alongside the Eiffel DSR and the X-Base (DSX) four legged side eames chair.

It wasn’t until the Herman Miller re-release of the plastic chair series in 2001 that the new age of the dowel leg base arrived! The new design would have metal rods through each dowel, thus providing maximum stability and strength. Since then the DSW has almost certainly become the number one favorite base for the chair series.

The corresponding arm chair version, the Eames DAW, also had a pivoting version of the chair called the PAW side chair.  The DSW-1 was the early version with Alexander Girard detachable upholstery choices. The post 2014 release of new fiberglass DSW chairs include full upholstered and fiberglass choices.

A pair of vintage, Herman Miller produced, Eames black side shells are emboldened by their original...

This is a pair of gorgeous original Blue and Green diamond Alexander Girard upholstered Herman Mille... 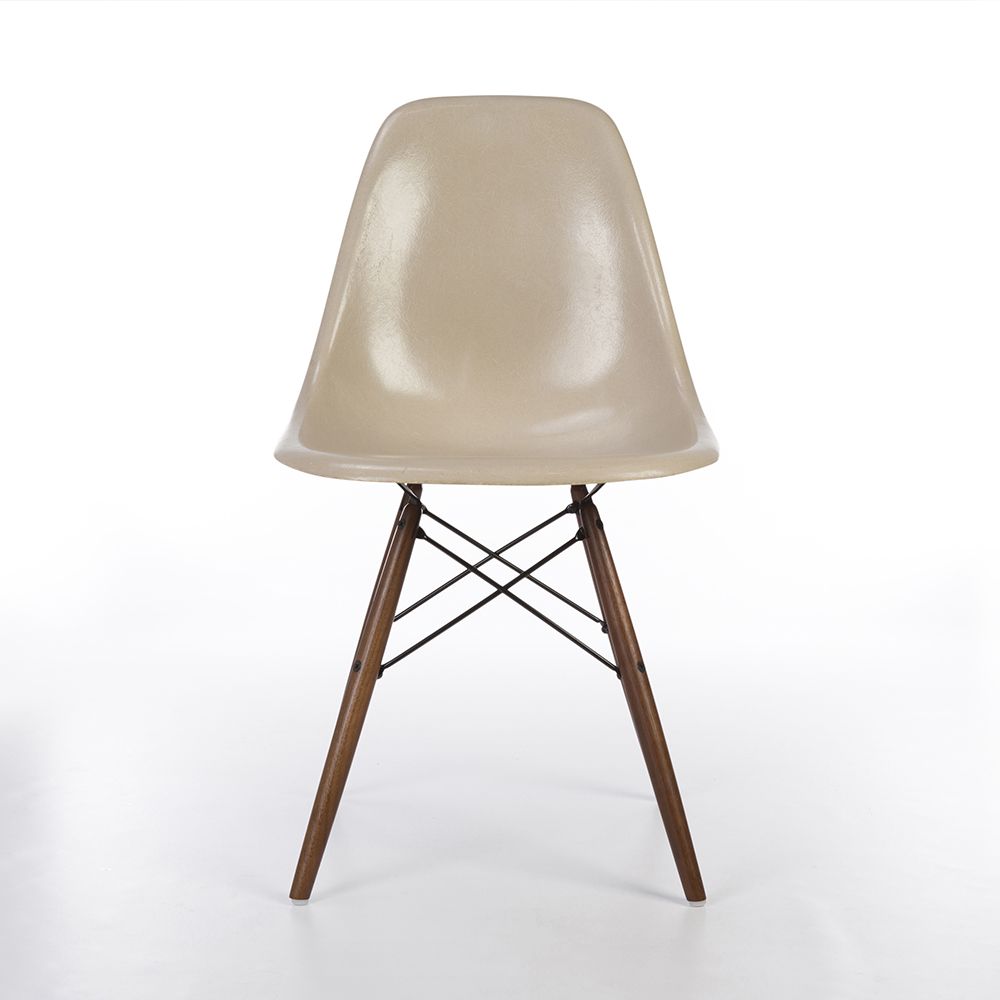 Original early DSW Dowel Side Base (1952)

The very first DSW & PSW were only available in natural Birch or Walnut.

The bases were made by Seng of Chicago, the pivoting PSW is stamped. 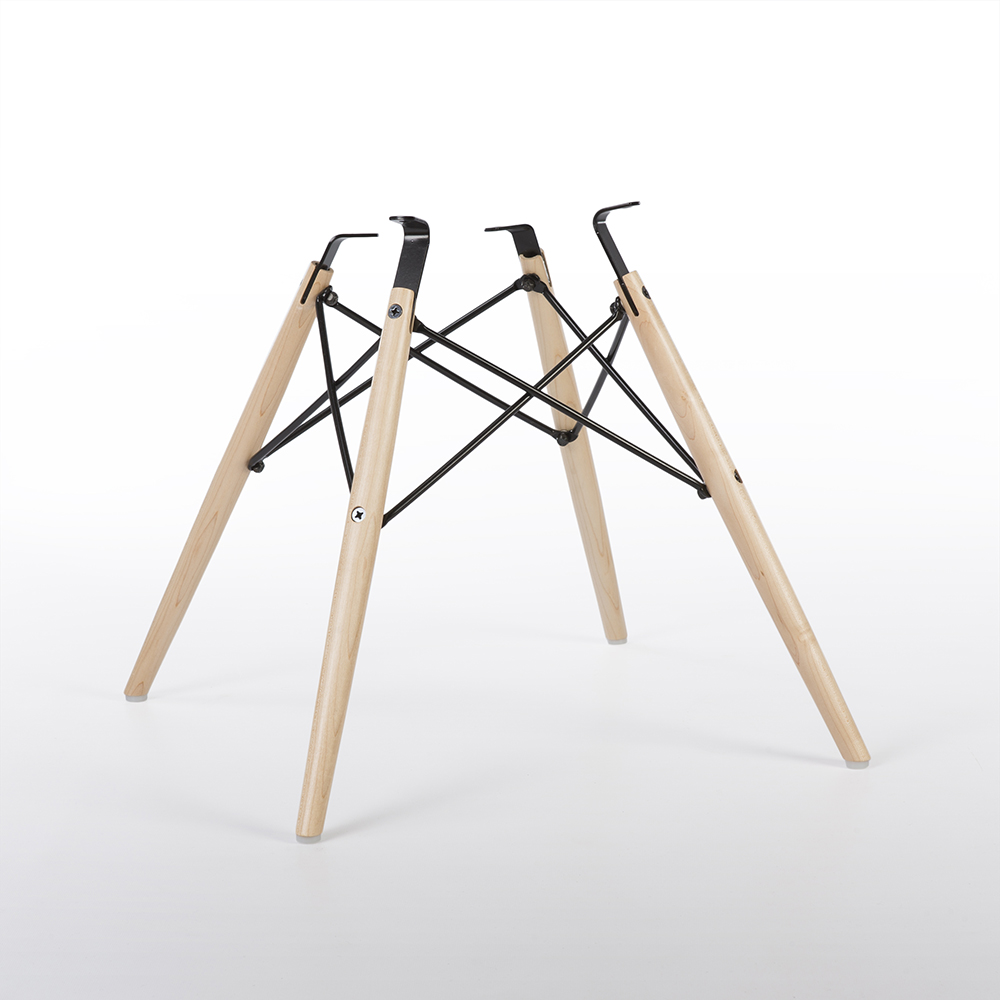 The later bases contain steel rods throughout the dowel legs making them heavy.

No pivoting (PSW) base was made in the re-issue version. 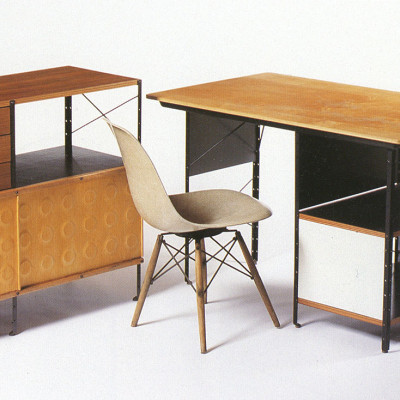 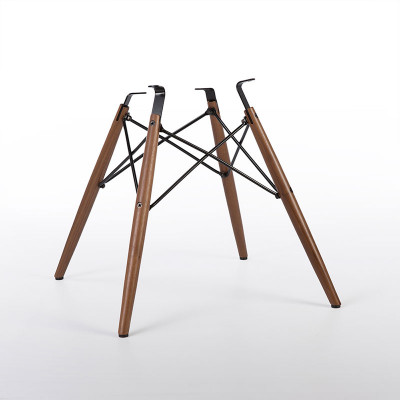 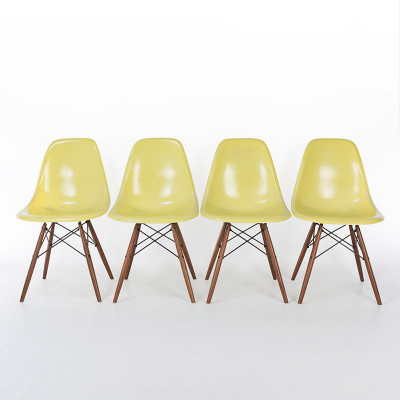 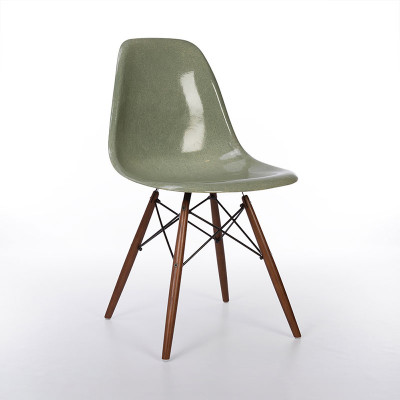