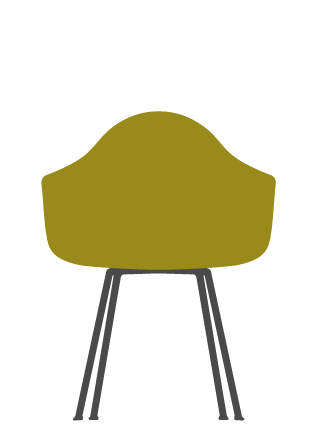 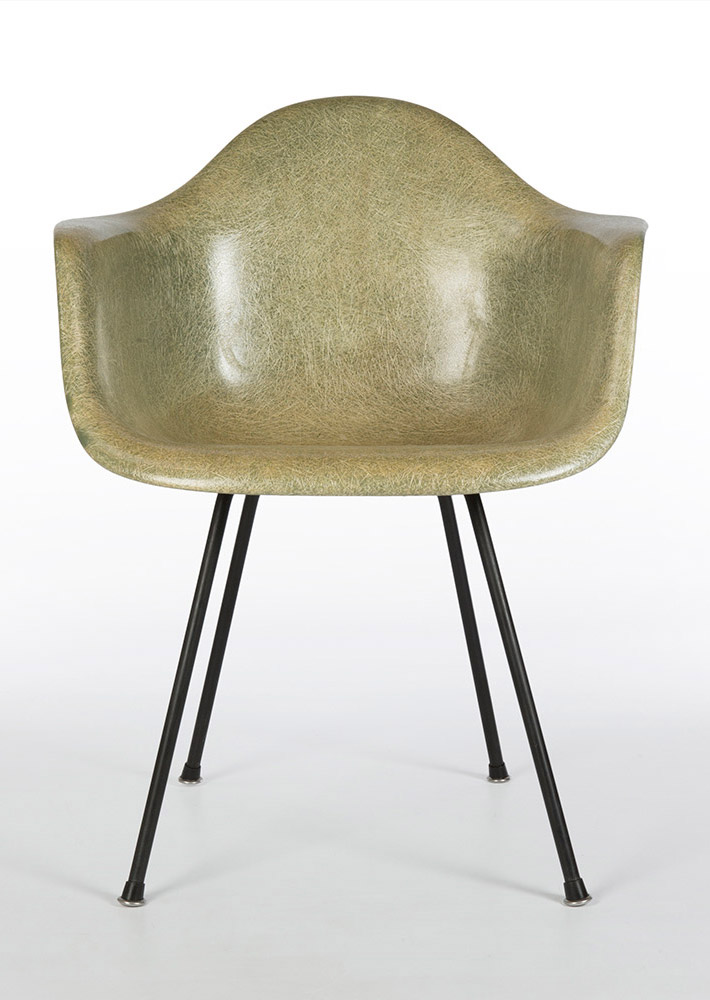 It was essentially a series encompassing a base which was more traditional in having four straight legs with the fitment design giving it the X in its name. The abbreviation of the most popular, the Eames DAX Chair was Dining (D) Arm Chair (A) on X Base (X).

The original first generation of chairs released in 1950 had 3 size options which were DAX (Dining), Standard (SAX) and Low (LAX). With only a 1-inch difference between the SAX and DAX the choice was refined to 2 sizes in 1953, keeping the DAX but losing the other 2 and replacing them with a middle version called the Medium (MAX) Arm X Base Chair.  The DAG was added to the series in 1954 and was exact to the DAX only with longer rear legs to ‘guard’ the shell against wall impact and thus the Dining (D) Height, Arm (A) Chair on Guard (G) base was born.

It is also worth noting that Herman Miller replaced the X base in 1954 with what was later to be termed the ‘H’ base, which was more versatile and aesthetically more appealing and thinner. The later DAG therefore only appeared in the H base but the abbreviated name for the chairs was kept the same to avoid confusions.

The first-generation fiberglass chairs of 1950 were a fantastic success and for collectors, these are the pinnacle. Available in the 3 sizes, the X base was the most commonly found of the ‘original 5’ which included the rocking RAR, Eiffel DAR, cradle LAR and dowel DAW. This remained the case through the years and changing generations and colors of the plastic chair series. Along with the side chair DSX and DSG versions, this base type sold the most units of all, with exception of the commercial stacking base chairs.

The very first x-bases of the Eames DAX Arm Chair were produced with silver screw in feet named ‘domes of silence’. Although aesthetically pleasing, they did have the potential to be bent during moving or be irrevocably broken so they were replaced with boot glides, essentially slip on feet. Eventually, with the ‘H-base’ built in nylon self-leveling glides were introduced. 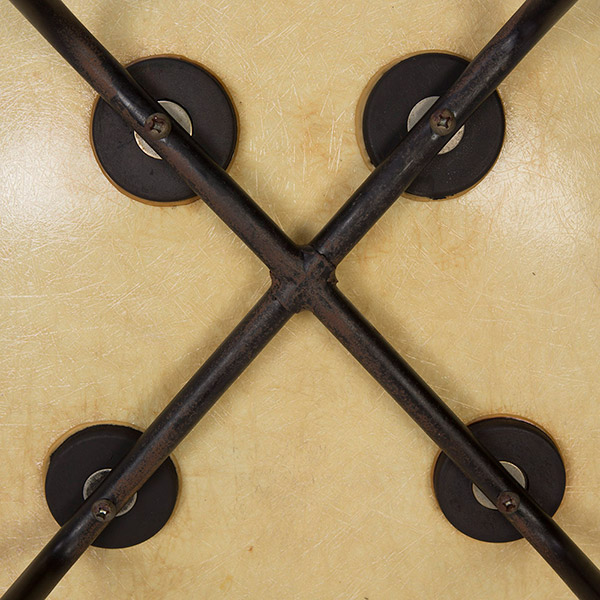 The first generation X-base was released in 3 sizes ,DAX, SAX and LAX 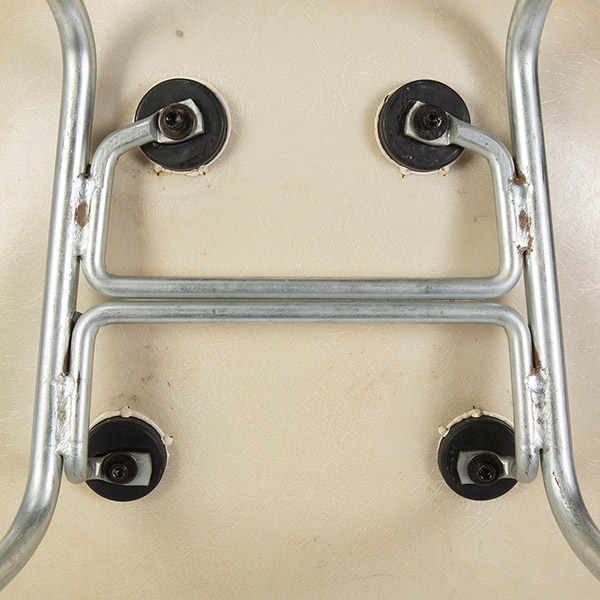 The first H Bases still had the domes of silence feet

The H Base was released with the DAX, MAX and DAG 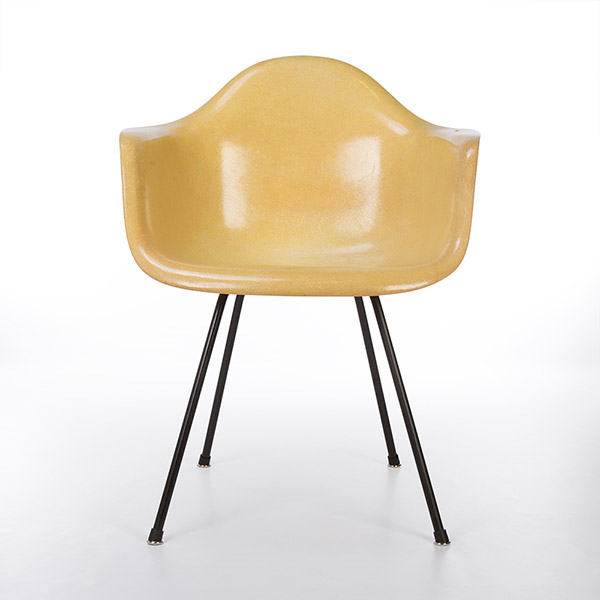 Base available in black oxide and zinc plated only 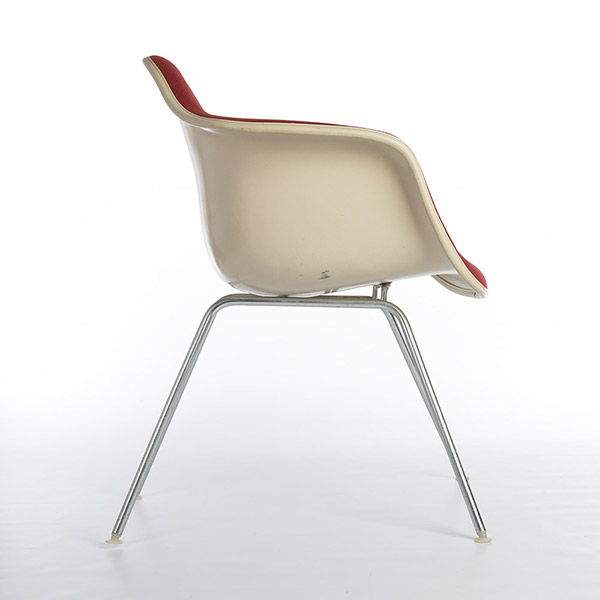 This variant is most likely the highest selling base of any Eames arm chair. 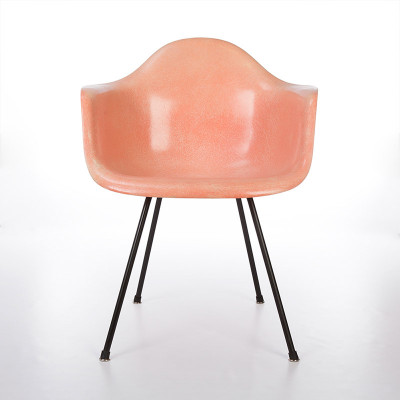 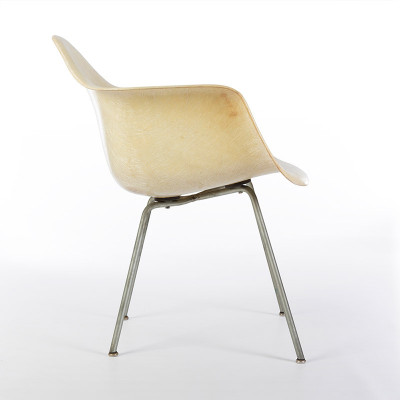 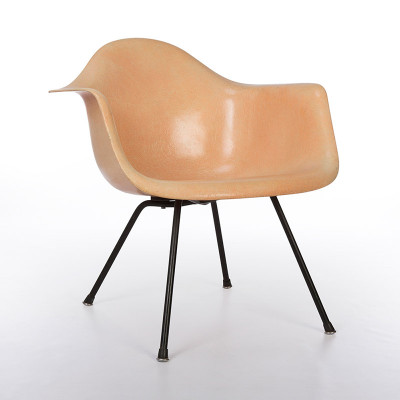 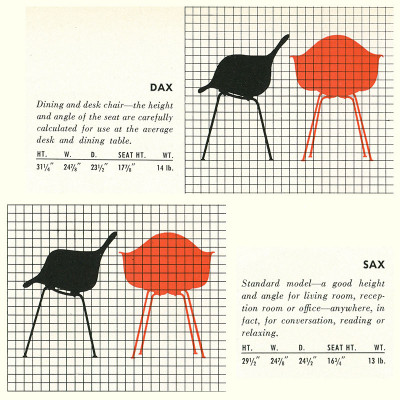 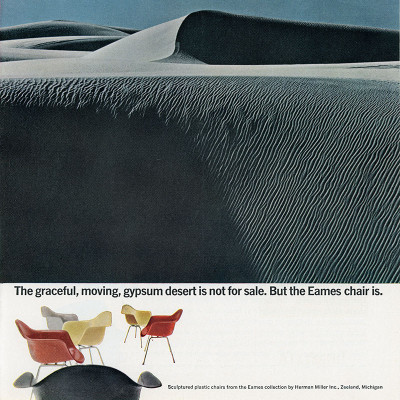 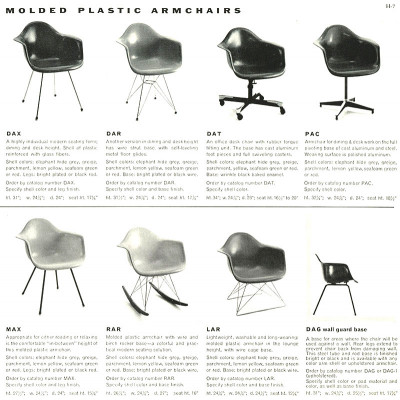 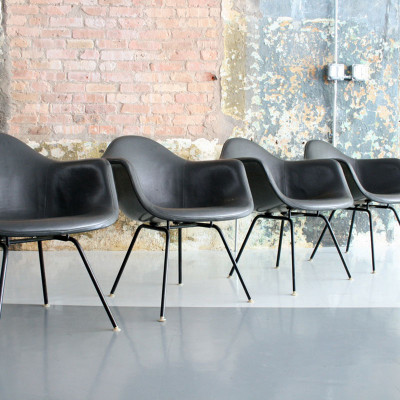 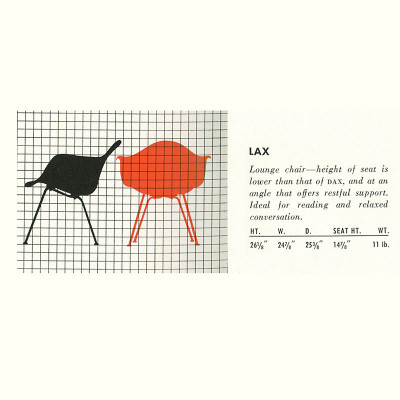