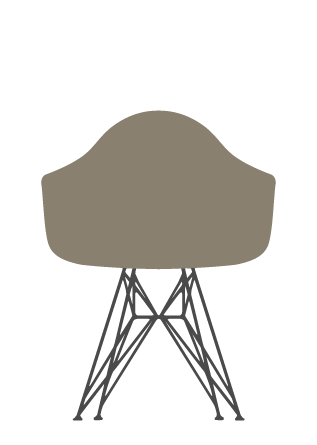 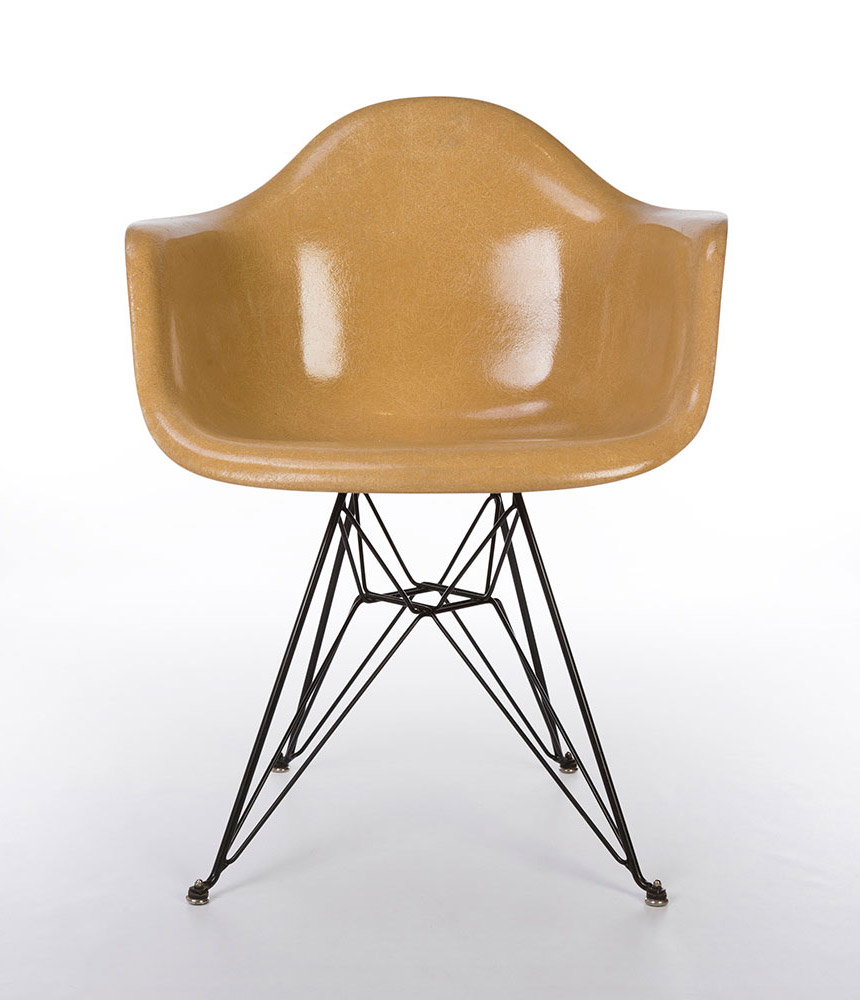 The abbreviated Eames DAR Chair stood for the Eames Dining (D) height, Arm (A) Chair, on Rod (R) Base released in the first year of arm chair production of the plastic fiberglass series developed to the marketplace in 1950.

The early success of the Eames plastic arm chairs, released in 1950, was a co-ordinated effort between the Eames Office (Designers), Zenith Plastics (Manufacturers) and Herman Miller (Distributors). The chair series was always designed to have interchangeable bases and the DAR was one of the ‘original 5’ alongside the DAX X-base, LAR cats cradle, RAR Rocker and DAW dowel chair.

1951 saw the addition of the side chair to the plastic series and an Eiffel base chair version with a slightly narrower stance was made to complement the existing arm and named the Eames DSR.

Quite possibly one of the most famous and iconic chairs ever, the Eames DAR would most commonly become known as the ‘eiffel chair’ due to its sculptured wire base resembling that of Europe’s most notorious landmark.

The very first generation of the Eames DAR Eiffel Chair was recognizable not only for the ‘rope edge’ shell but also due to the protruding ‘1st gen’ feet as opposed to boot glides or later plastic feet. Over time, the DAR was made available in all shell colors, with or without upholstery and made at varying factories.

As production veered towards the commercial market, the base type was discontinued in 1967 but re-issued since 2001 first on polypropylene tops then on the later fiberglass generation. 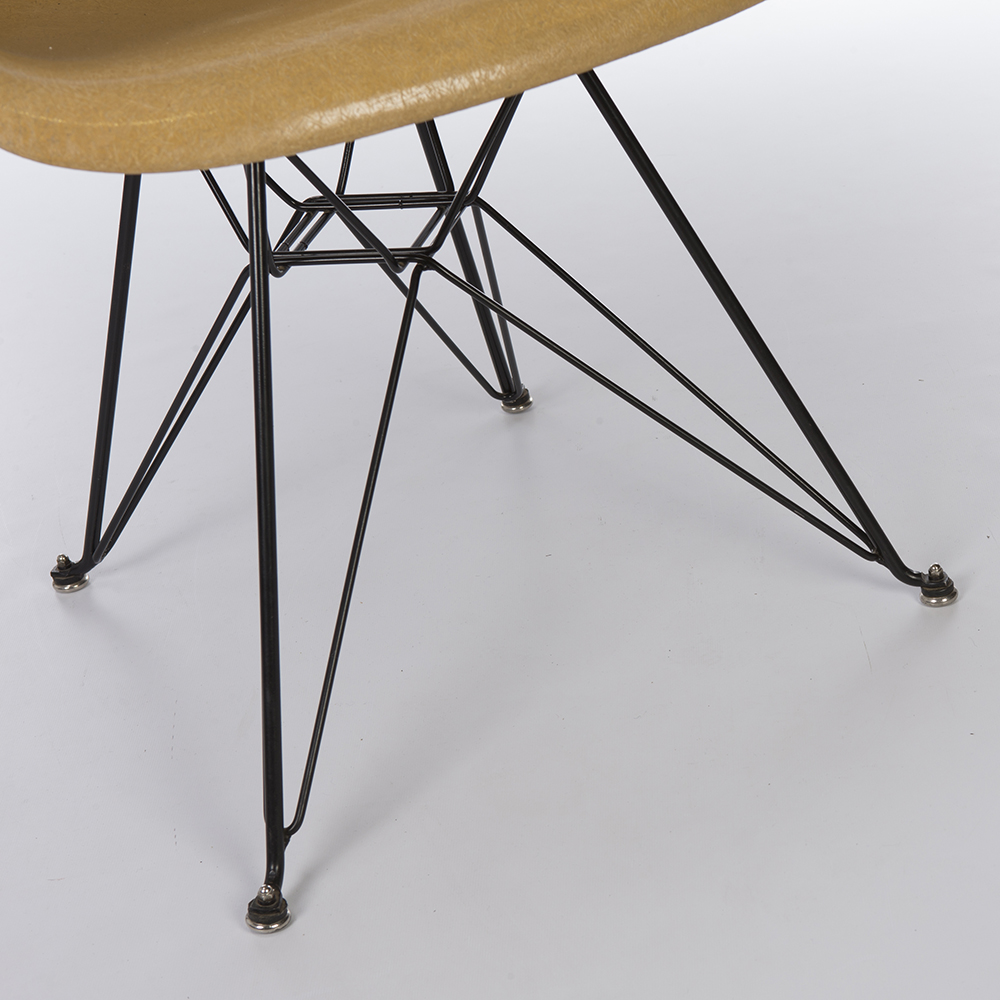 The first generation of Eiffel bases had splayed feet

The base was available only in zinc or black oxide

Beware, some modern reproduction makers use this version 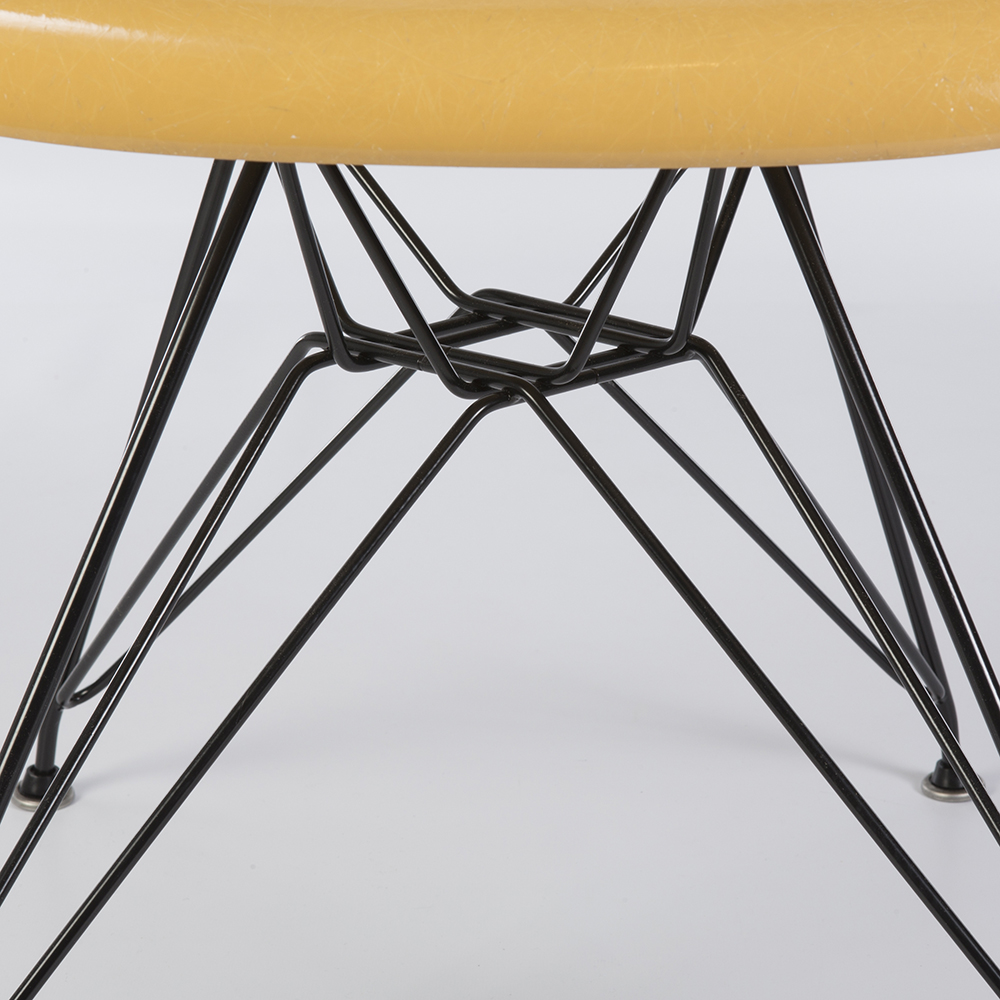 The second generation was introduced very soon from the first

Base was only available in Zinc plate or black oxide 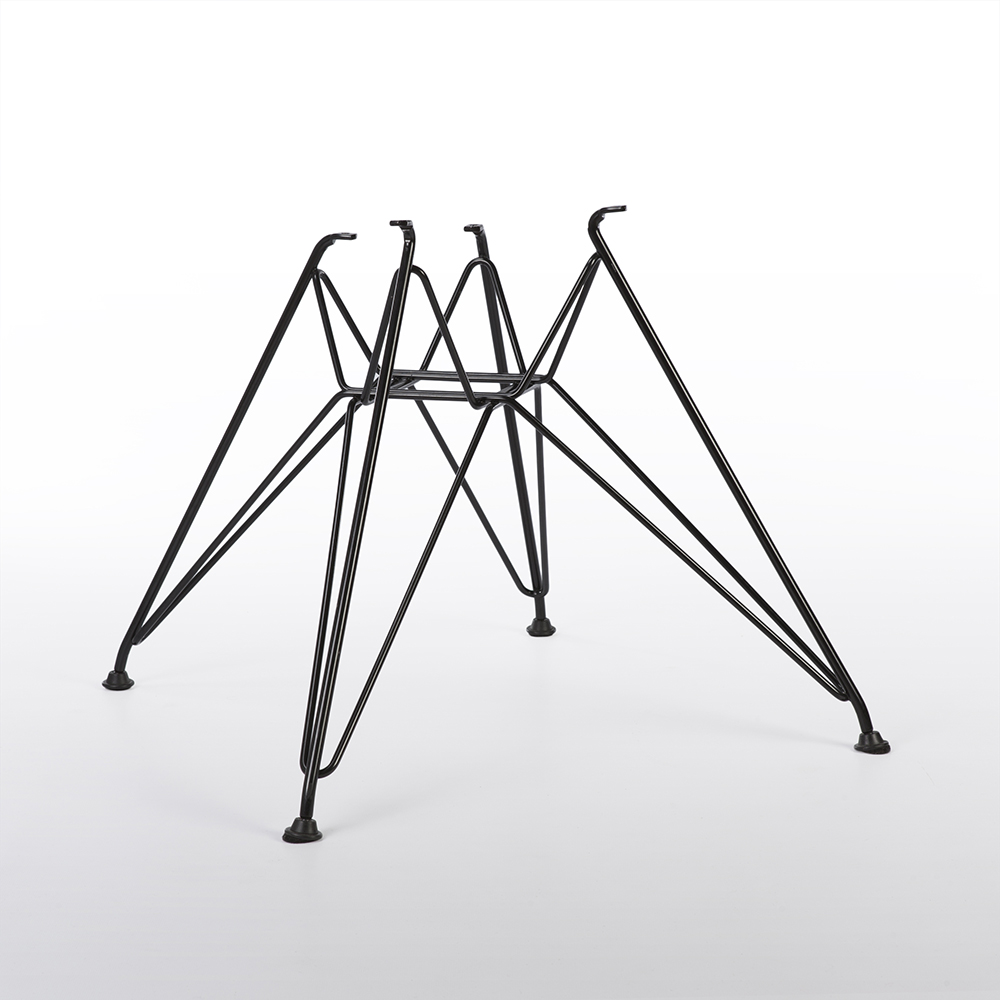 The third generation has been in use since 2001

The third generation feet are simple self clip on plastic type

This later base is available in black, white, chrome but slightly older zinc version too 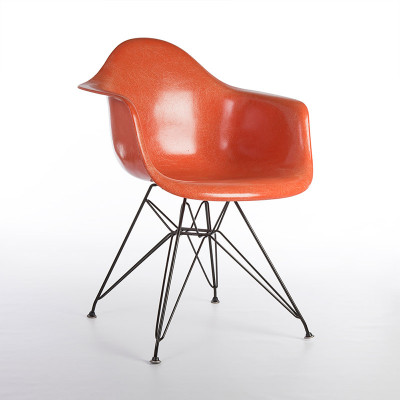 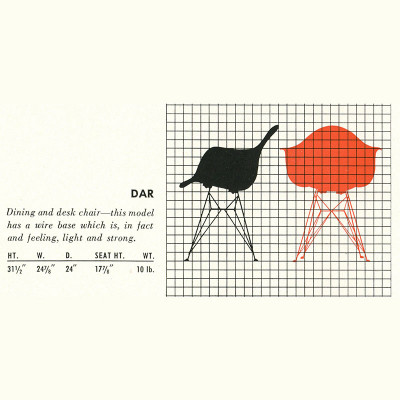 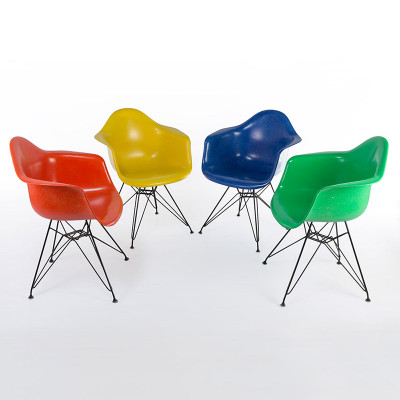 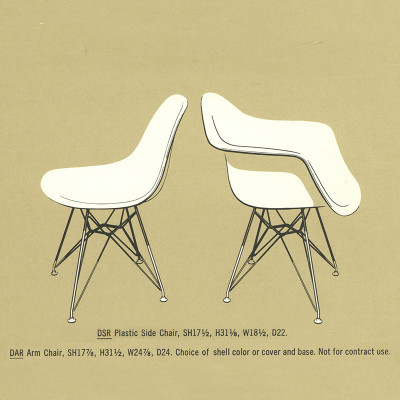 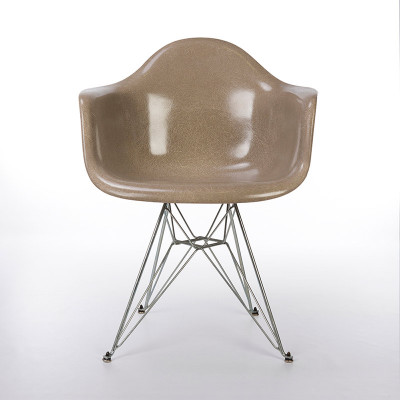 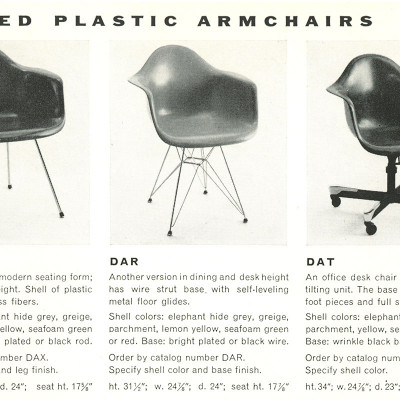 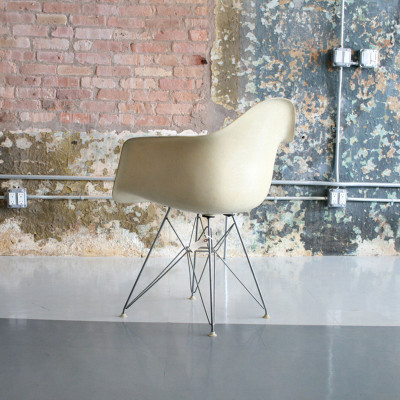 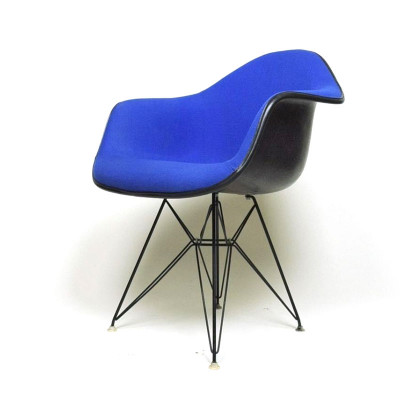