In this week's blog post, we will talk about the background and history of the Eames ESU Storage Unit Range. Released in the 1950s, the ESU was released alongside the matching EDU desk which is also a popular product in the Eames furniture category.

There were a number of theories and conspiracies as to where the ideas for the created of this Unit came about. According to Modern biographies, they have interpreted the design and structure of the ESU to have a Japanese influence.

However, some have said that it emulates the Meccano which was invented in 1898, and this is because of the style and appearance it gives with its structure. 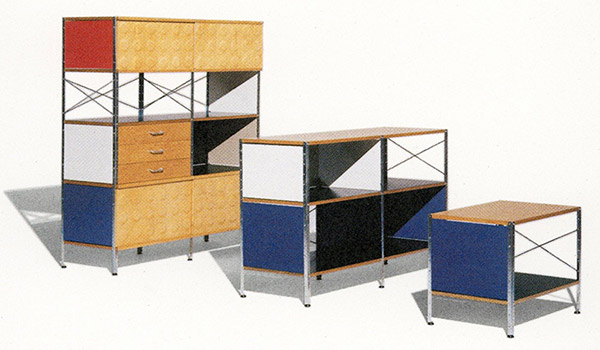 What made it special?

This piece was unique due to its ability to have several customization options. There were 3 series that were released which were the 100, 200 and 400 series.

The 100 series provided one level or storage space, whereas the 200 was two levels high and the 400 series was four levels high.

This made it convenient for the user as they could adapt the storage space to their needs and the size of their room.

This was the smallest out of the three that were released. Their small but nonetheless useful storage space allowed them to be a subtle statement piece in a room which had a purpose.

They were suitable for most households and the main feature of the piece was the sizing. 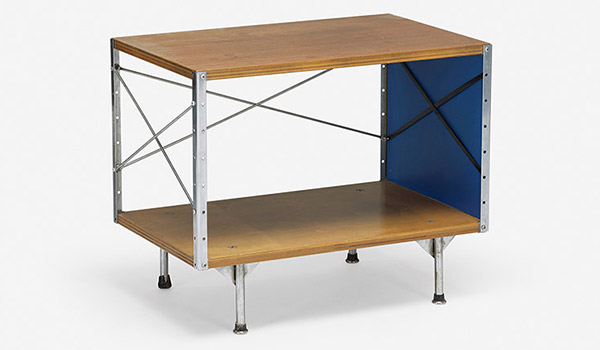 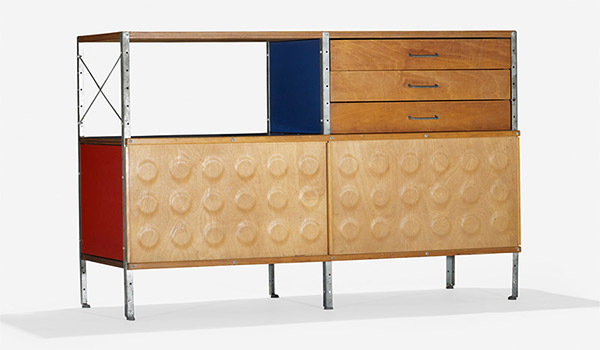 The 100 is a convenient piece due to its size as we mentioned, but the largest one is the 400 series which is stunning, however for some people it may be a little large for a home. 200 series were created to provide that mid-range sizing in the ESU Plywood Storage Unit Range.

As you can see, they are a level higher than the 100 series and while it’s built to have more storage space, it looks just as fantastic in any home.

Last but not least is the 400 series, the largest of them all. This is the most famous version of the ESU Eames Storage Unit, and one of the obvious reasons is due to its sheer size.

Standing at a staggering height of 58.625" (148.9075cm), this piece has eight separate modular units where drawers can be places, closed sliding door space or even for open storage shelving. 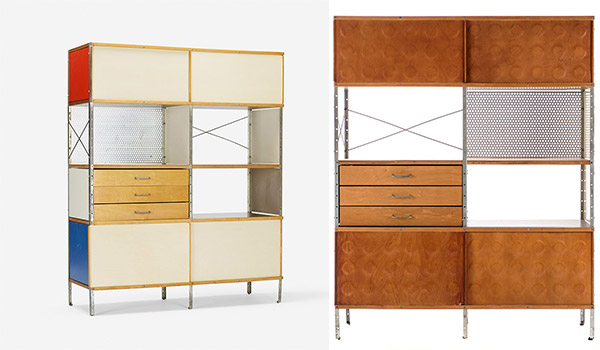 Our Storage section on our website Wiki has more in-depth information regarding the pieces that were discussed in this week's blog.

We wanted to give you a taster through the blog post about all the interesting information that can be found on our Wiki! It's not just a resource tool to find out information when buying or selling, but it's a tool that can be used to provide knowledge, background, history and the making of a certain piece.

If this sounds good to you, head over to our Wiki and take a look at all the interesting articles, facts and sections that can be found.