The EDU which stands for Eames Desk Unit was first introduced in 1950. Shortly after the release of the first generation, in 1952 the second generation was released.

It could be argued that the second-generation desk could have been categorized separately and have its own name due to the huge difference in comparison to the first generation. Unfortunately, they were soon discontinued in 1955.

In total, three generations were released, so in this blog post, we will take you through the various generations, and highlight their key features! 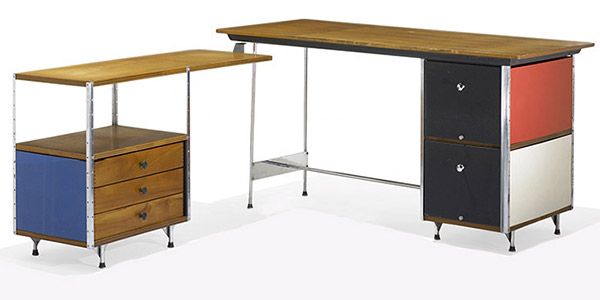 What made it special?

It's clear that the design looks quite similar in terms of construction as the ESU.  A fact you may be interested to know is that the EDU was initially named the ESU as they were categorized into the range of storage units.

However, to ensure that there was no confusion, the name was changed to the Eames Desk Unit. This piece was a very popular design and it was a good addition to the Eames furniture portfolio.

As far as desks go, this particular one is very unique to what is already out there. Created from interchangeable panel sections, metal frame and Birch or Walnut desktops, the EDU really has a timeless and modern look, despite it being introduced all those years ago.

Although this model had no drawers included, it was created so you could have access inside the panel from the front or side.

The 1st generation was marketed as a ‘home desk’ and from the size, it’s clear to see that it’s a desk that would be appropriate and fit most homes. 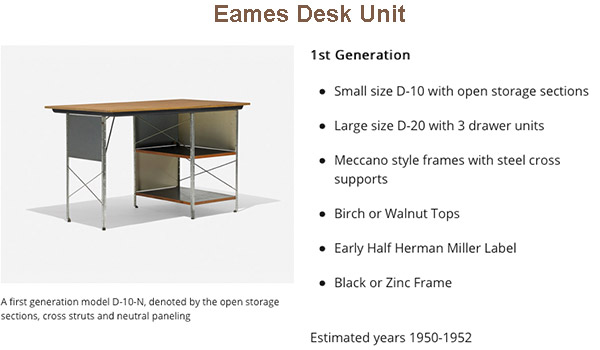 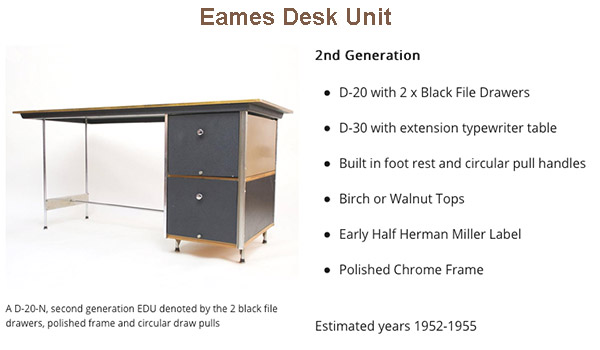 As we mentioned earlier on in the blog post, the second generation was built completely differently to the first generation, and as a result, could have had a whole new name entirely.

In late 1952, Herman Miller wanted a desk where it would have more of a correlation with the theme of ‘work’.

As great as the EDU Desks were, they were discontinued in 1955.

However, the desks were then introduced again around 50 years later, in 1998. This version was tailored more for the commercial market and so they were made to their original specification.

However, the neutral panels were replaced with painted hardboard and Birch was the only option. The good news is, that the 3rd generation is still available in today’s market, and we even have one in stock on the Eames.com marketplace, in very good condition! 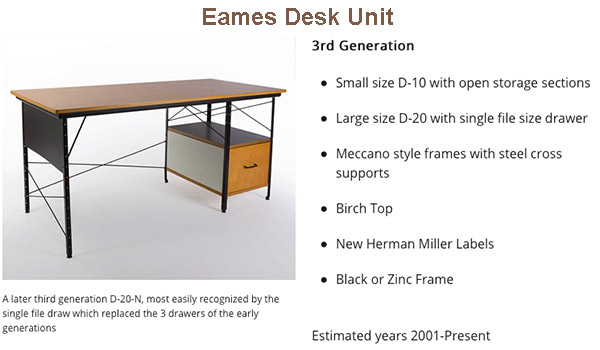 We have a whole page on our Wiki regarding the Eames Desk Unit, and this contains more in-depth information regarding the versions that were discussed in this week's blog.