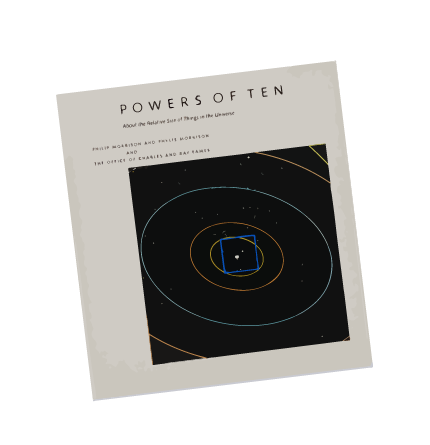 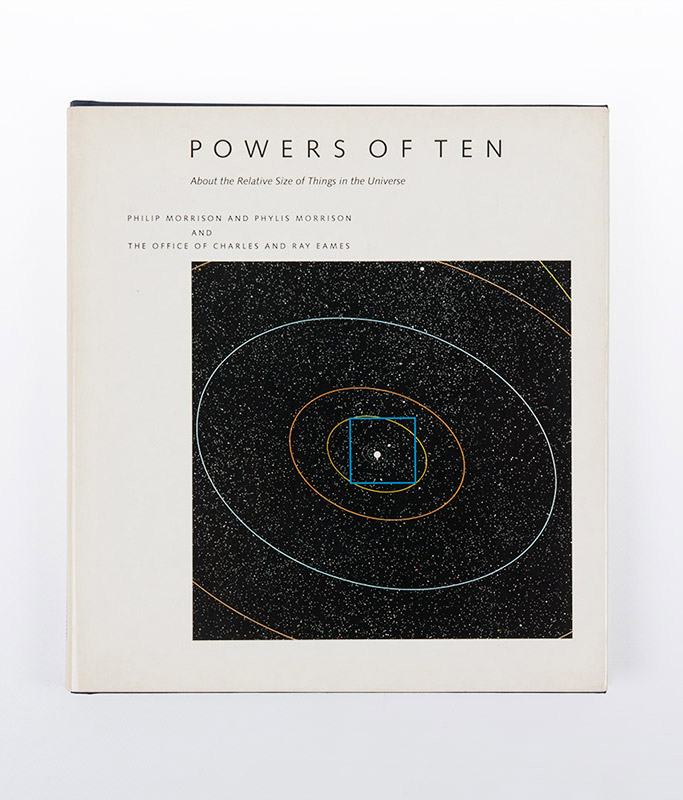 Released in 1982, the book 'Powers Of Ten' was an accompanying publication of the original 1977 (re-worked) Charles Eames film of the same name. Penned and designed by world renowned physicist Philip Morrison, alongside spouse Phylis, the book was a superb collaboration that managed to transfer the subject matter, look and feel of the original film onto the printed page.

The film itself was a tremendous success and the clever re-work of the book gave the authors opportunity to embellish on certain written sections as well as include all the important visual elements and slides. The result was a fantastic work but it really should come as no surprise given the pedigree of the author, the former Professor of Physics at MIT whom had countless credits to his name from Atom projects through to TV programs.

The basic concept of the film was to take the viewer on a journey (by using magnification each time by ten) from a billion light years in space, through to the milky way, earth, a park, a person and beyond, even as far as the atom structure. The film is an incredible sequence of some 42 scenes that really hit home the sheer wonder and amazement of the universe in which we live.

The book was released four years after the death of Charles and there is a beautiful dedication on the inner pages. A second edition was also released into the 1990's. The relative value of the book is quite low as there were many printed. That said, those signed by the authors will command a very high price as they are indeed very rare. The condition of any book is also directly affected by the condition, with the pages, marks, blemishes and intact dust cover most important. 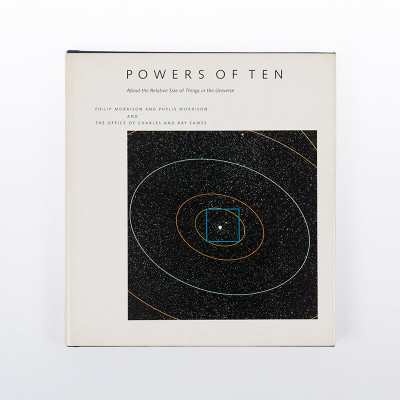 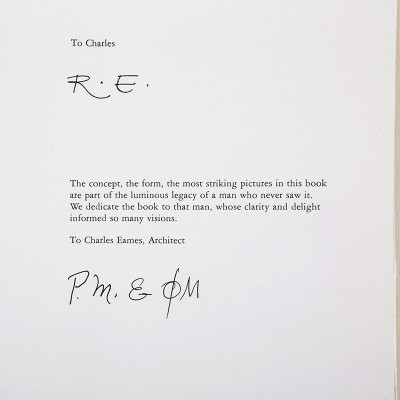 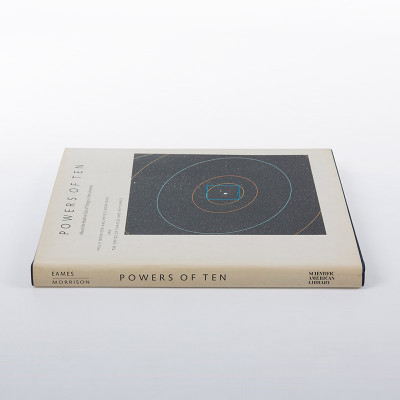 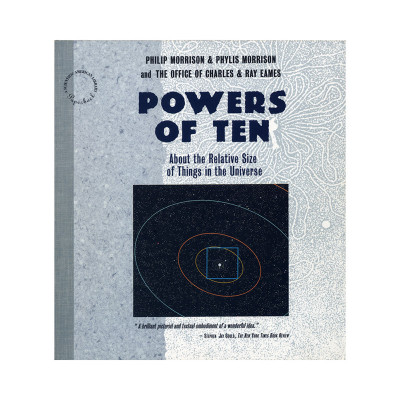