It may come as a complete surprise to hear that the Eames Office produced in excess of 100 Eames films, spanning over 30 years. The volumes and volumes of Eames films that chronicle the lives and creations of Charles and Ray Eames do tend to concentrate on their illustrious furniture designs, and why not, after all they were highly successful, physical objects that we all recognize.

Whilst the furniture, toys, accessories and artwork for which the Eames’ are famous came from necessity, career, development and design, the Eames films very much came from something else, passion! Photography, as an art form, and film making were very much a personal passion for Charles Eames and whilst his involvement in product design waned over the later years, the opposite can be said of his output in film making.

A lot has changed in photography and film over the decades, largely driven by an unbelievable advance in technology. Whilst the natural ageing of many films will have contributed to the mindful archiving of many, if we could only cast our minds back to the period in which they were made, we can then begin to understand and recognize some of the truly inspirational topics and techniques that were innovated in the films of Charles and Ray Eames. From product features to toys, exhibition guides to full on science, the sheer scale of subjects put on film was as varied and unique as the artistic endeavors that went into them. 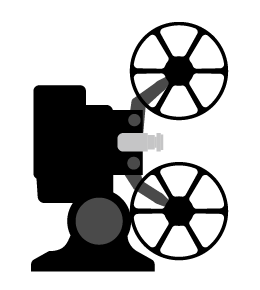