The plywood coffee table was an additional offering made alongside the classic chairs and this version was an accompaniment to the extremely collectible OTW table which was the rectangular version offered on the wooden base.

The coffee table always has a place in our homes, and this classic example is more than ready to take up the task in yours. The elegant circular design is light and strong and the flash of colour in the, aged, but vibrant red makes it look even more stylish!

There is no denying this table has seen a lot of use in its 70 years of service, but what else would you expect? The red is still vivid, though a little less so in some areas, and there are some stains in its surface, but what it may lack in consistency it more than makes up for in character. 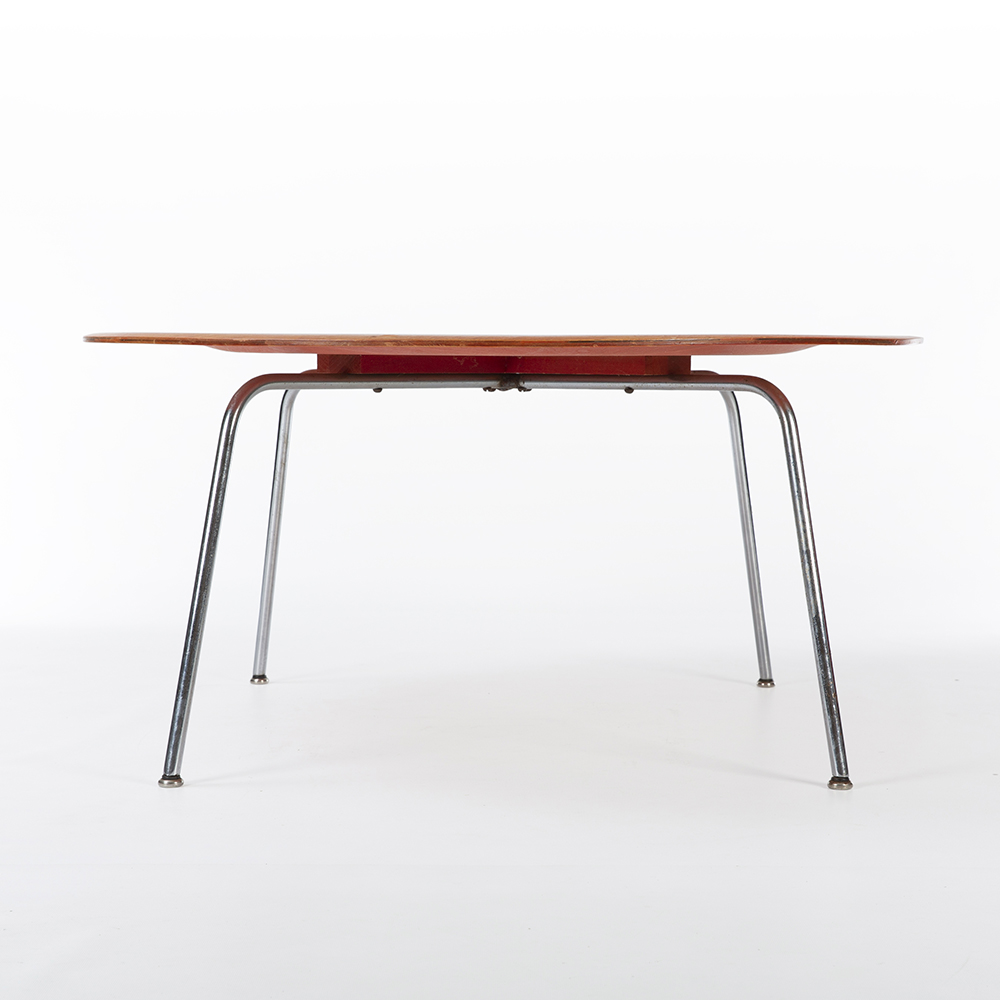 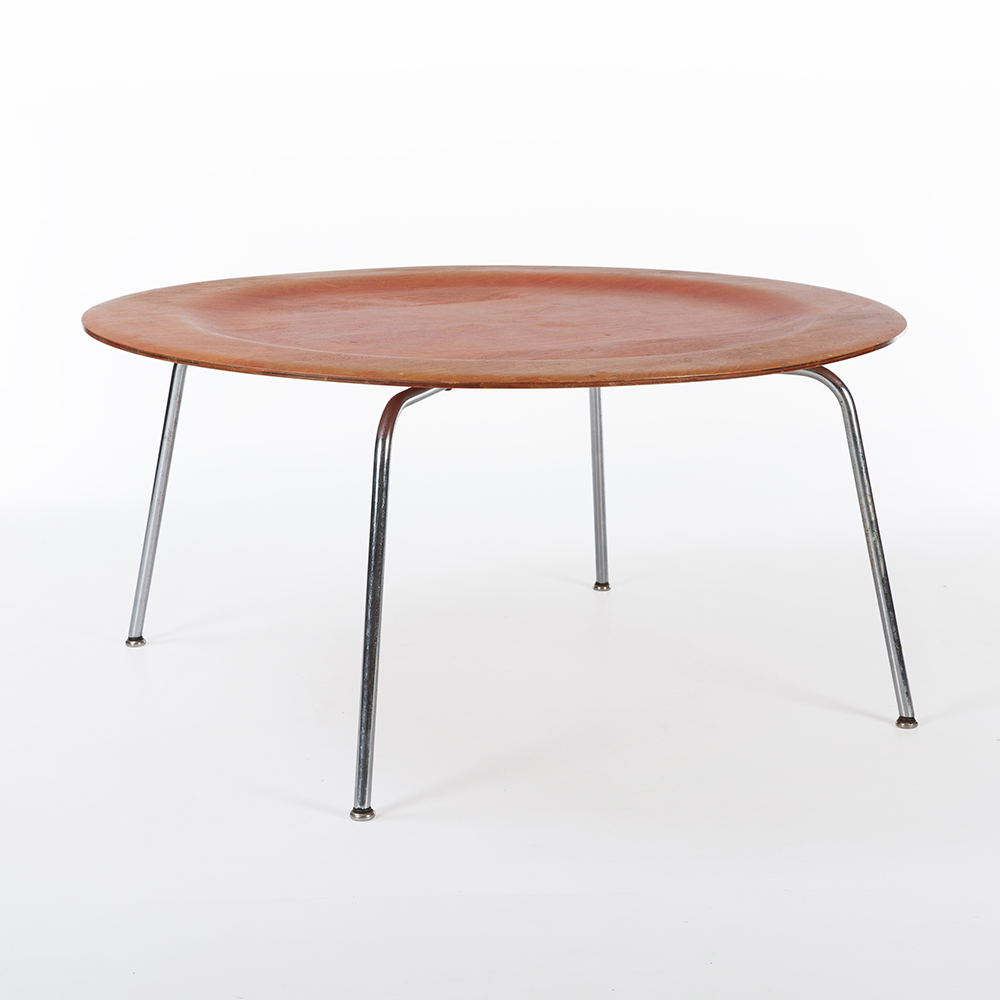 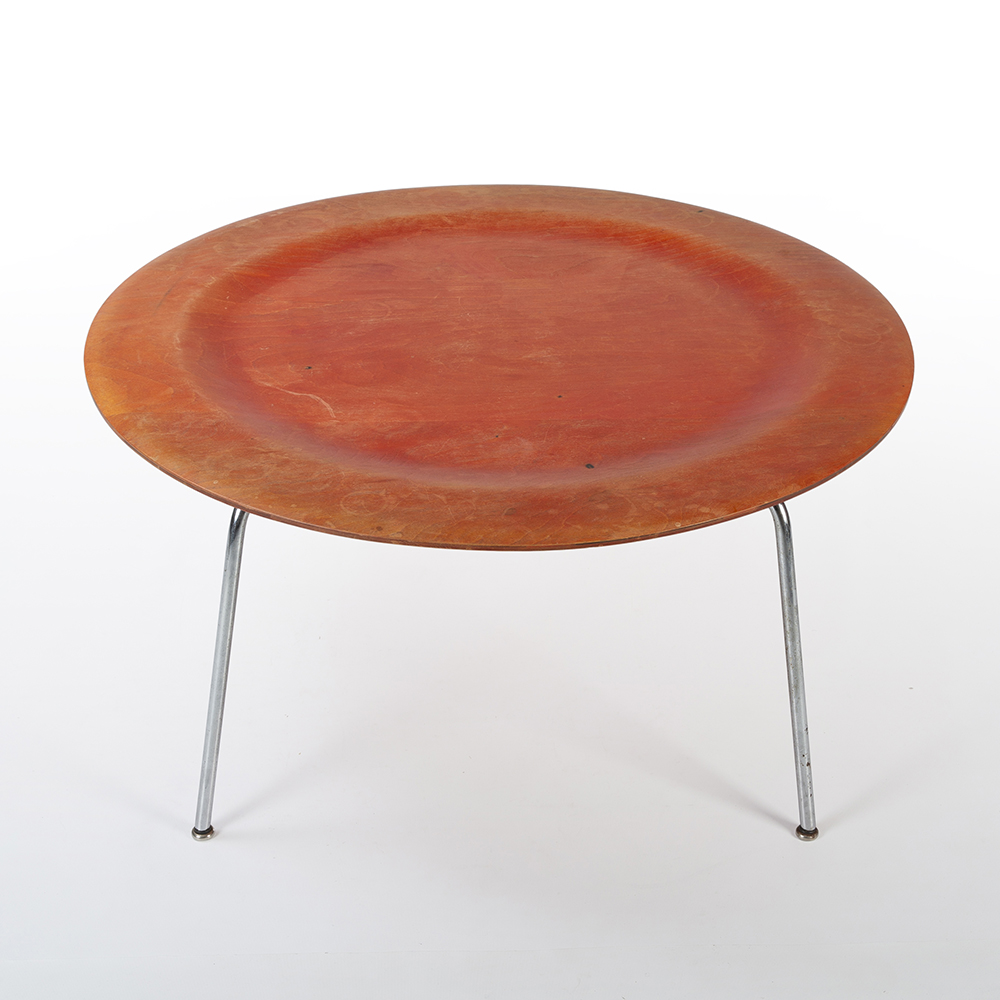 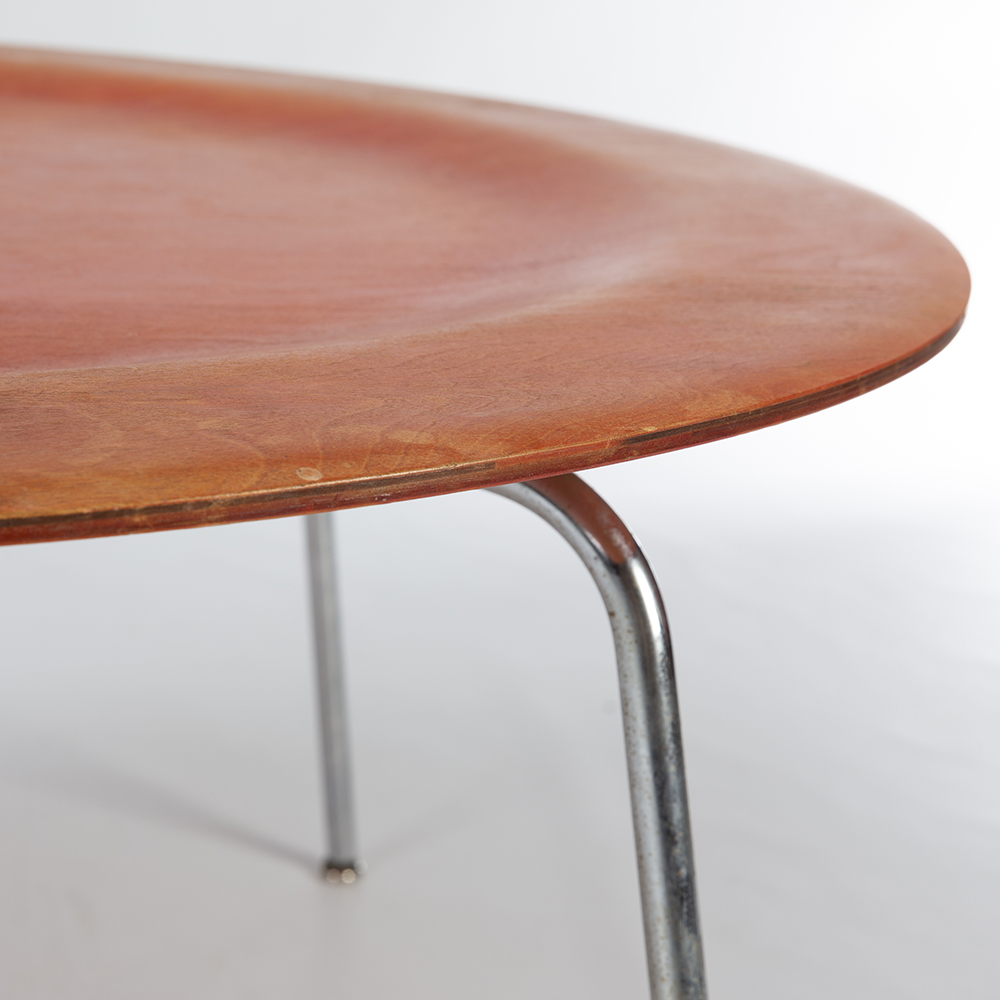 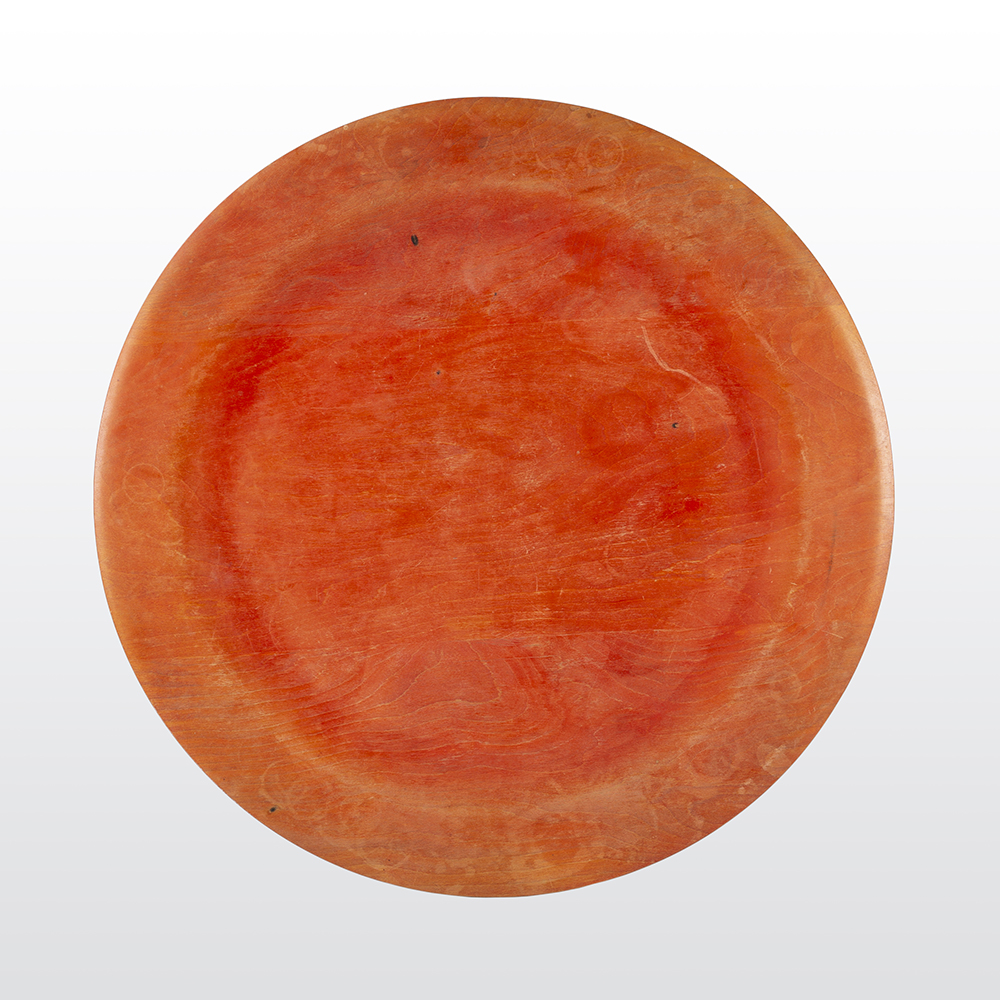 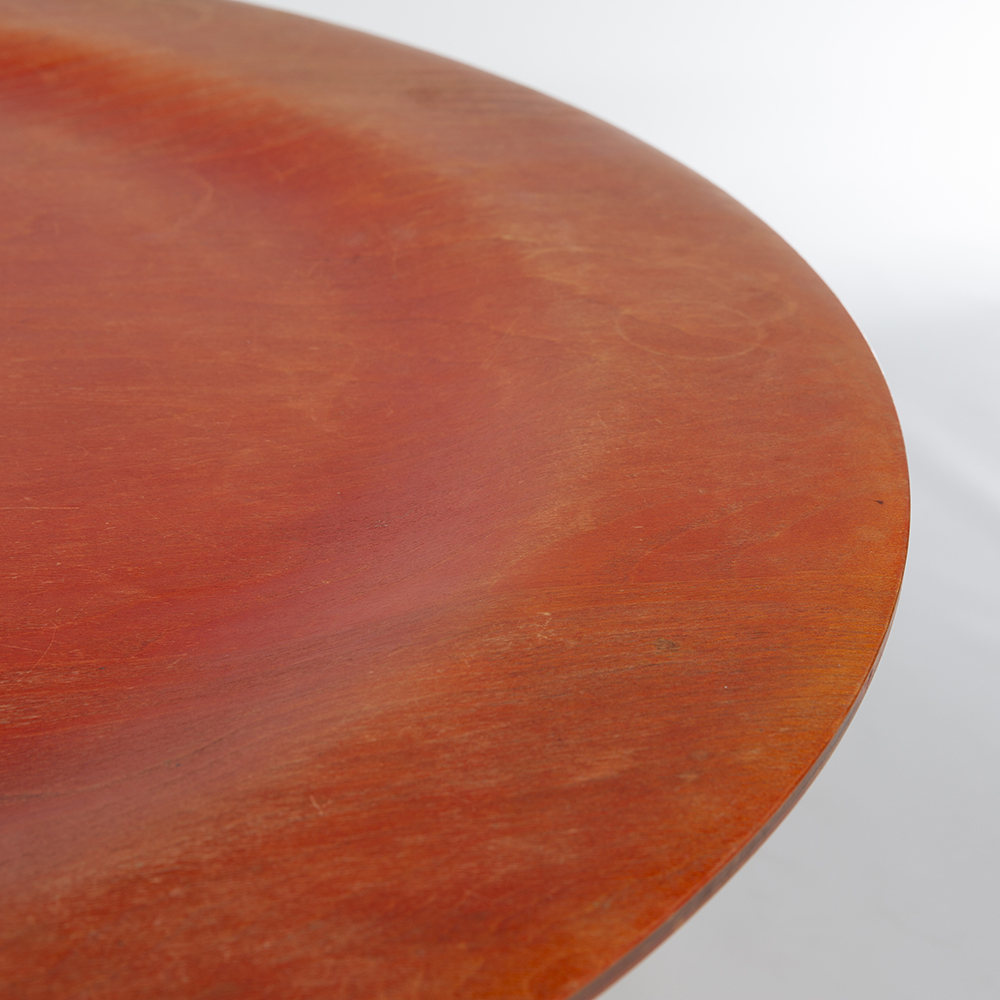 So, you need a dining chair? These original orange Eames fiberglass side shell chairs by Herman Mill...

So, you need a dining chair? This original orange Eames fiberglass side shell chair by Herman Miller...