An example of a used, vintage buttermilk ochre Herman Miller Eames side chair, with a matching light oak dowel base. This light and airy ochre side shell make a wonderful dining chair, a versatile colour that will suit any interior from rustic to urban.

As a vintage chair, this DSW does display minor marks due to its age. The colour of the chair is actually lighter than the one pictured, additional photos are available upon request. This chair as a whole is in a fantastic condition still, especially if you consider the stability of the brand new base. 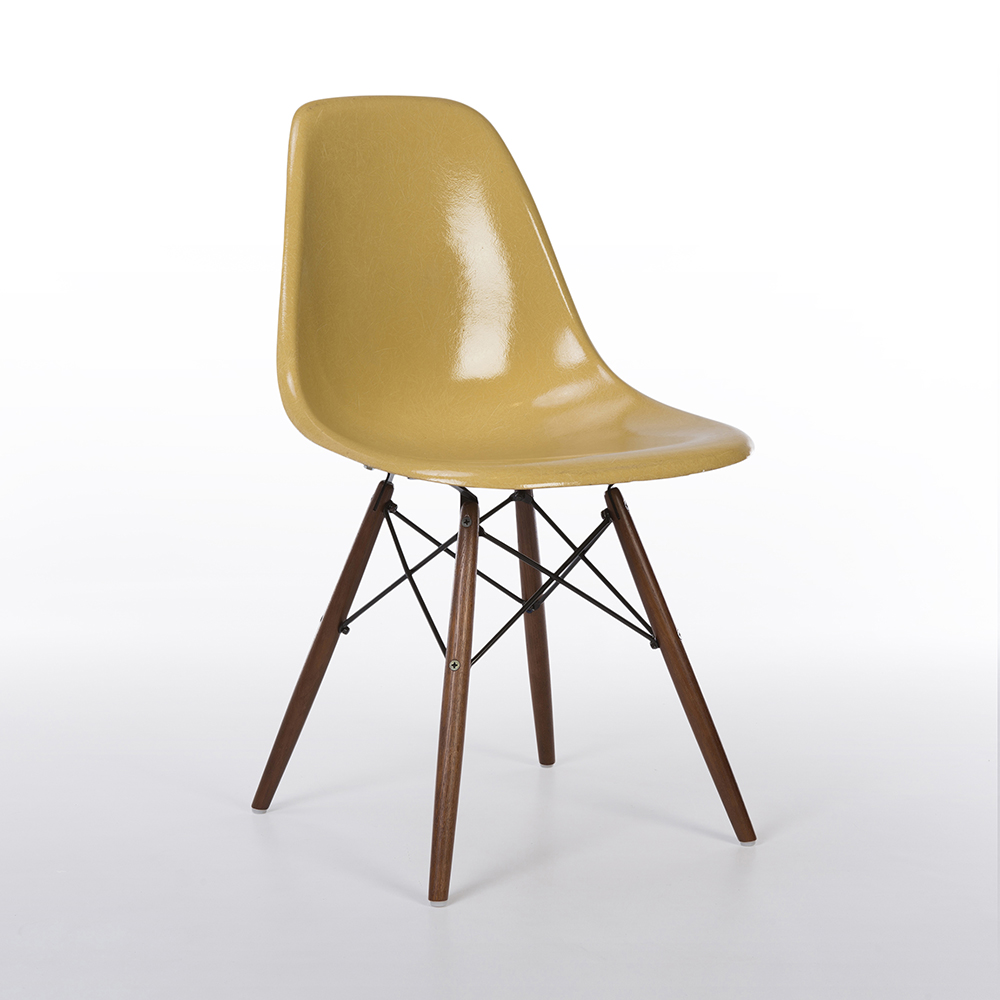 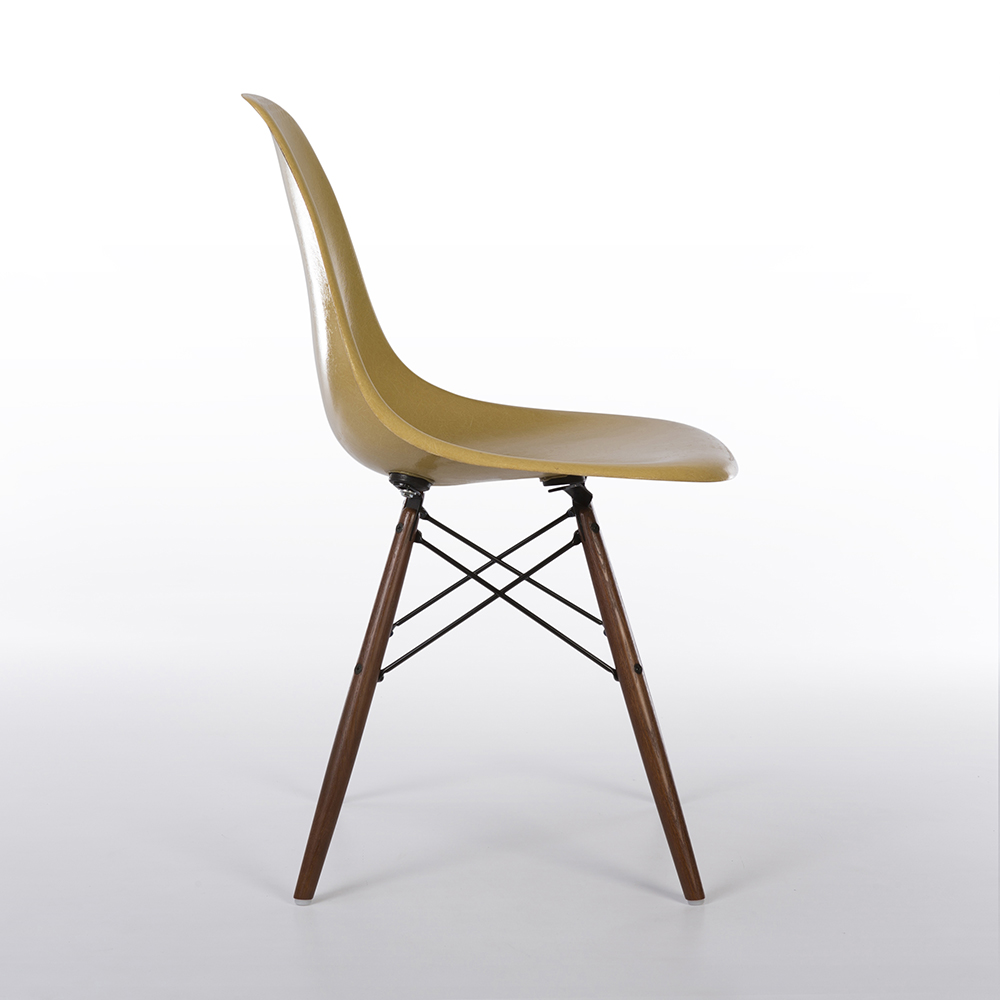 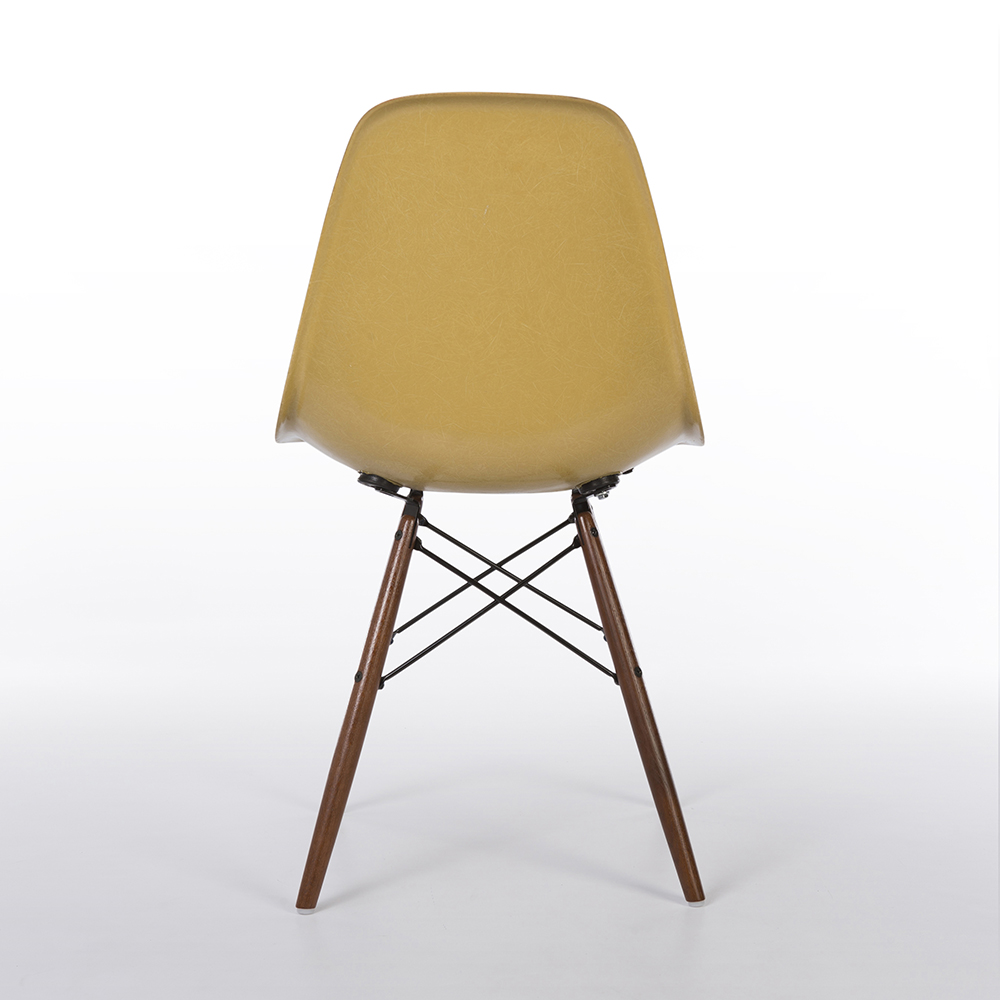 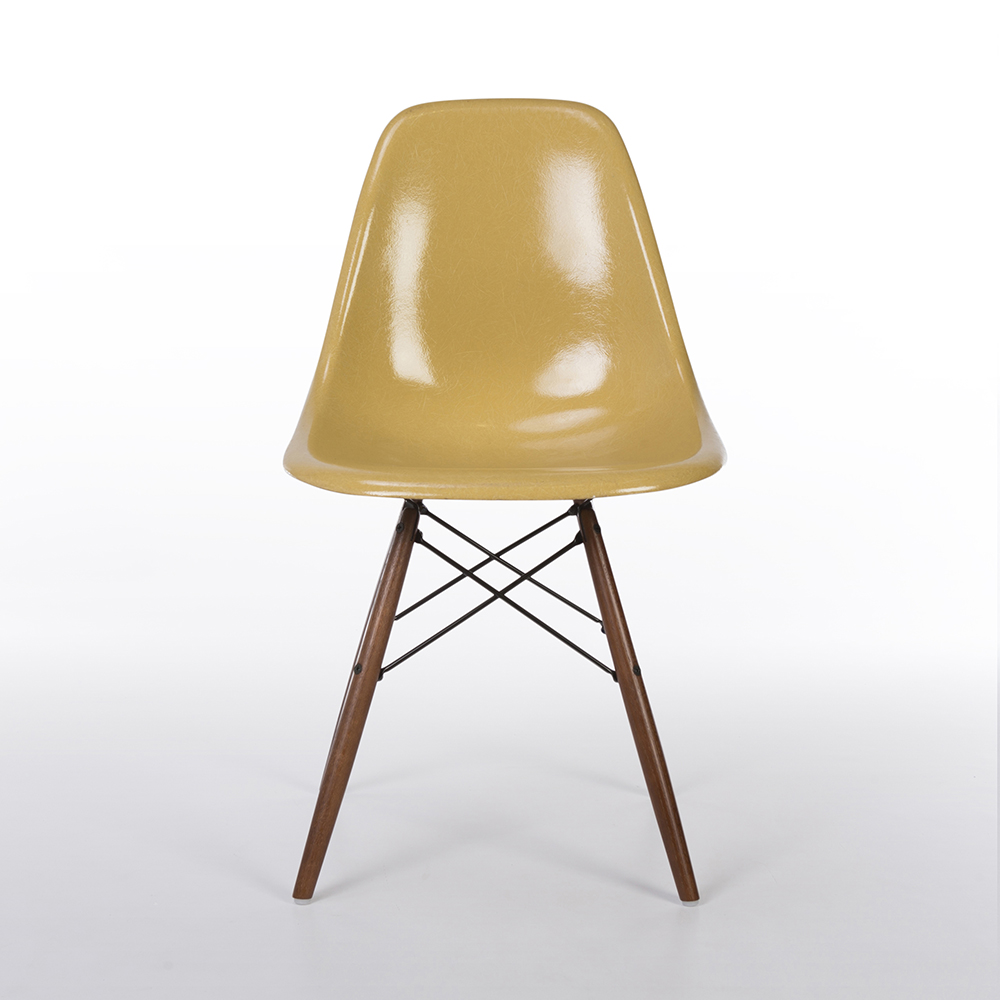 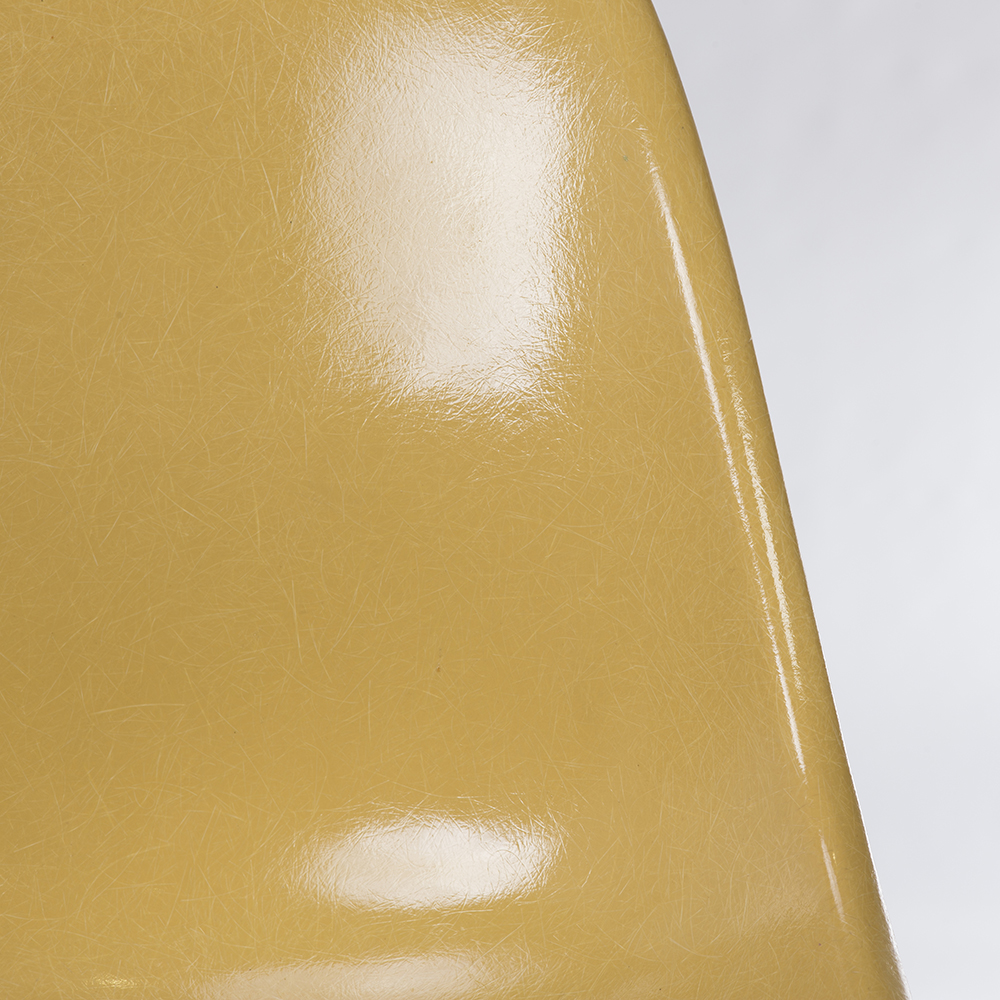 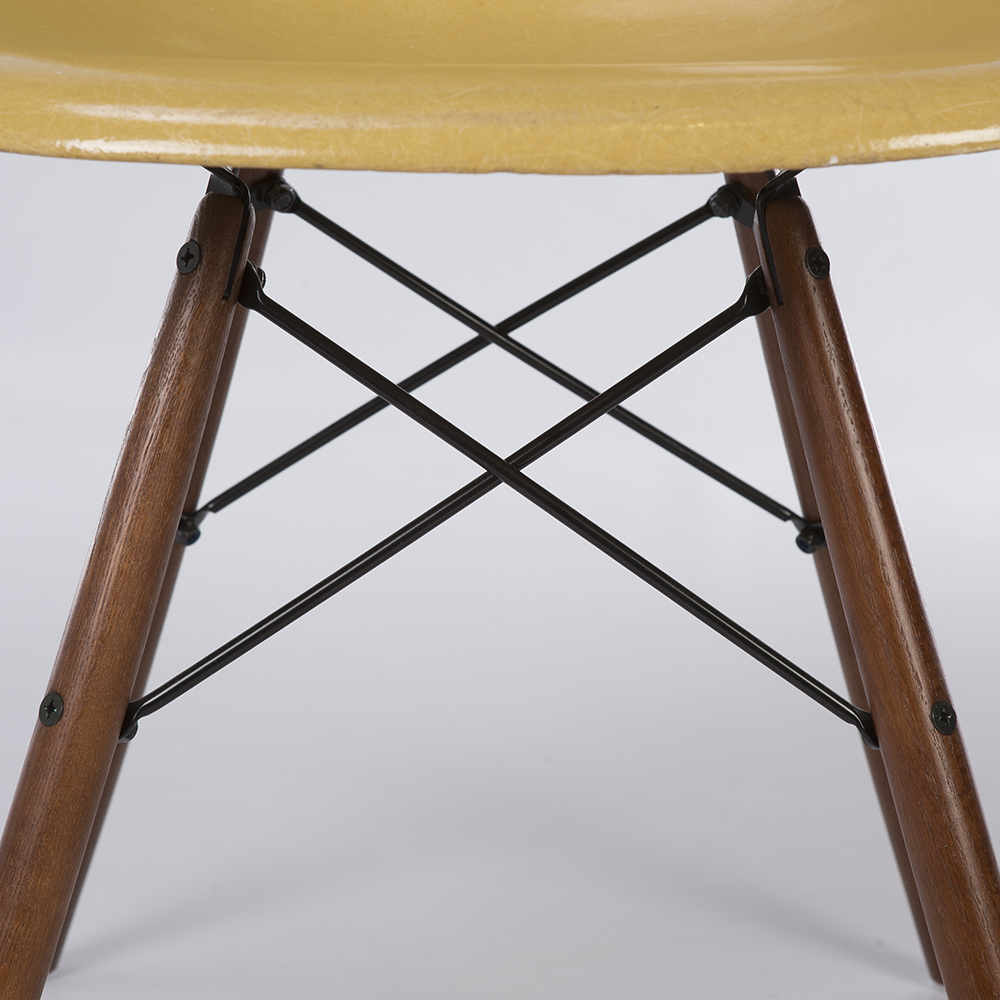 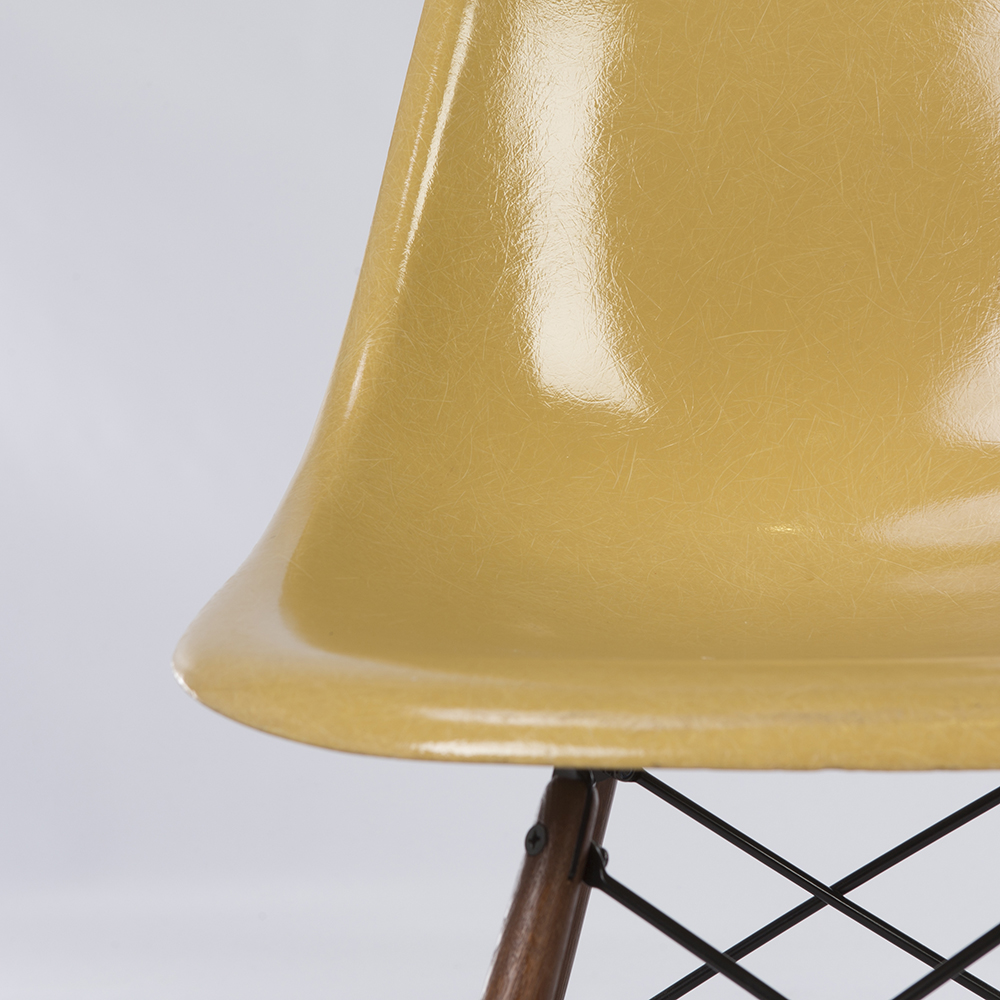 This is an example of a used, original Herman Miller Eames Wired DKR-2472109E8&nbsp; model side shel...

This is a used red Herman Miller Eames upholstered dining chair with a shiny white fiberglass back,...