An example of an original light parchment Herman Miller Eames fiberglass shell chair, with brilliant fibrous details, complete with a natural, maple DSW base. This particular parchment is of a lighter shade of parchment, almost a cream-like colour, and it would look fantastic with a minimalist interior.

The colour is very consistent but there is a small crack in the side of the shell which is shown in the pictures - price does reflect this.

The logo on the underside indicate that this shell is an early Herman Miller shell produced by them between 1958 and 1959. 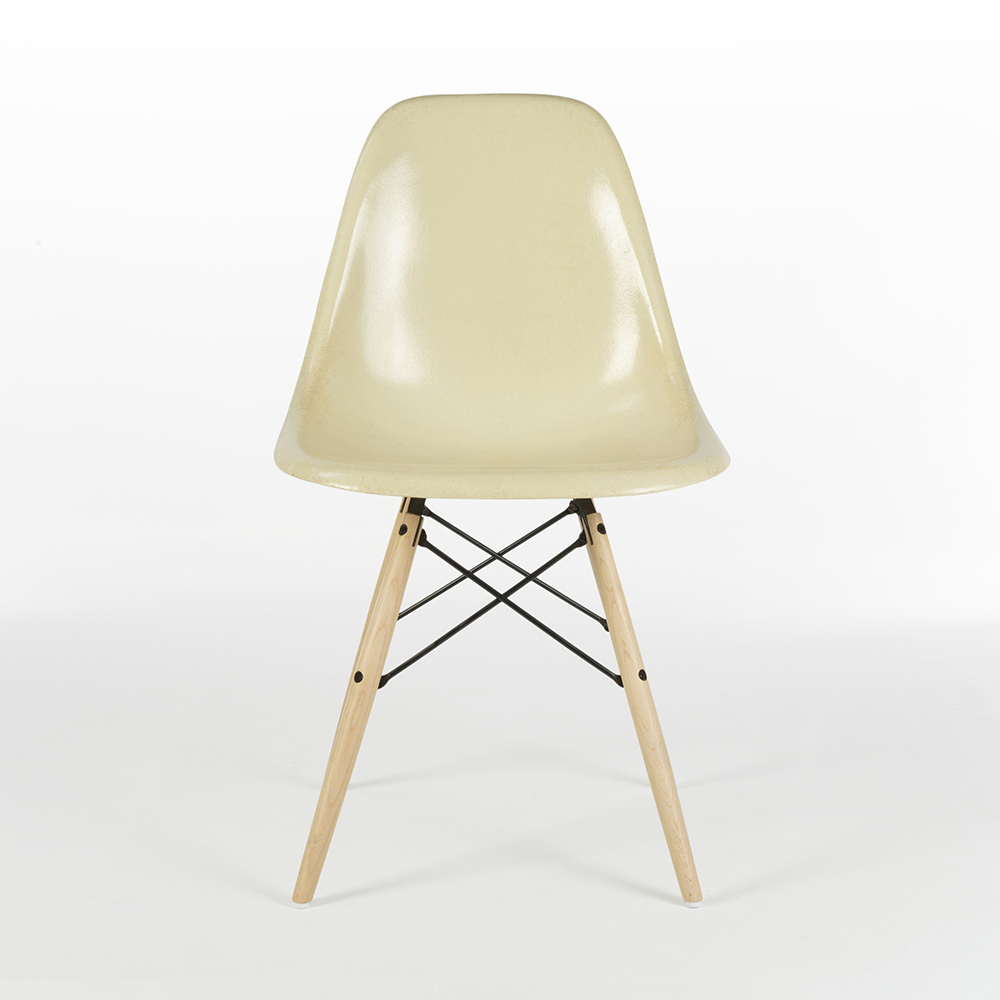 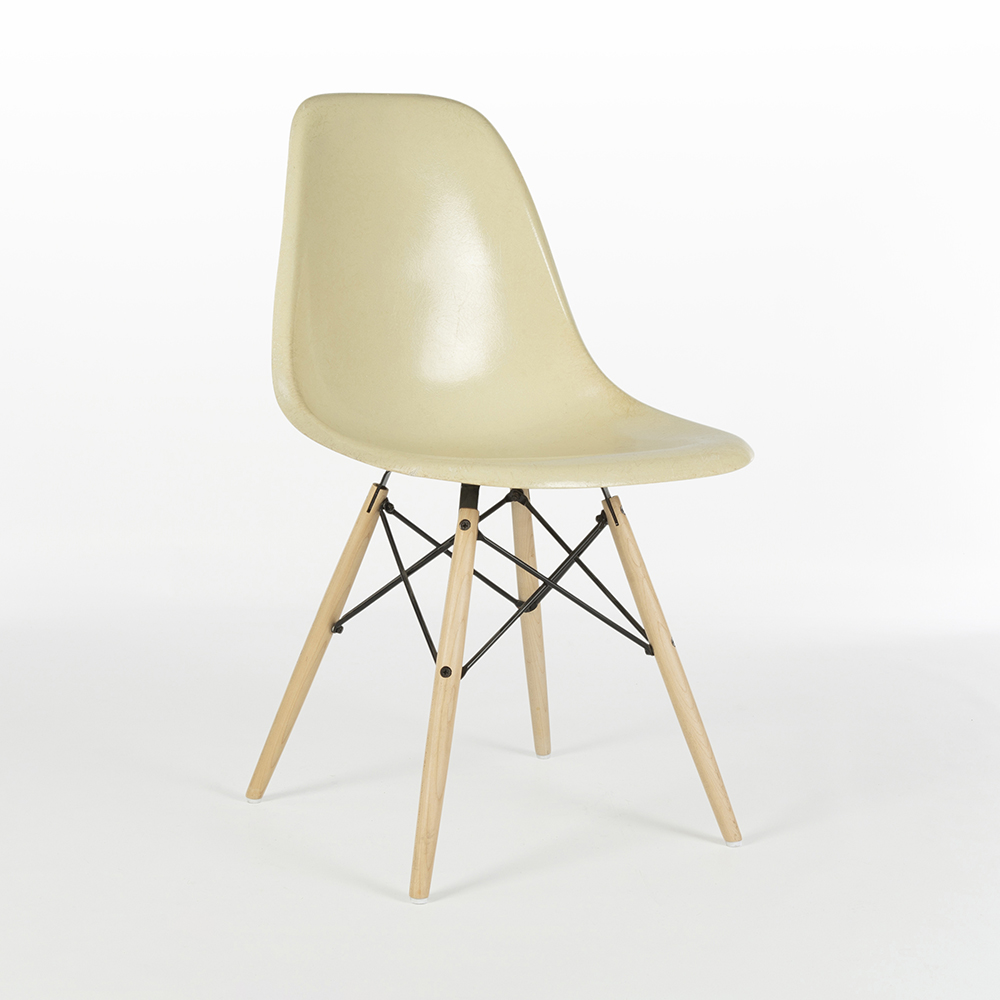 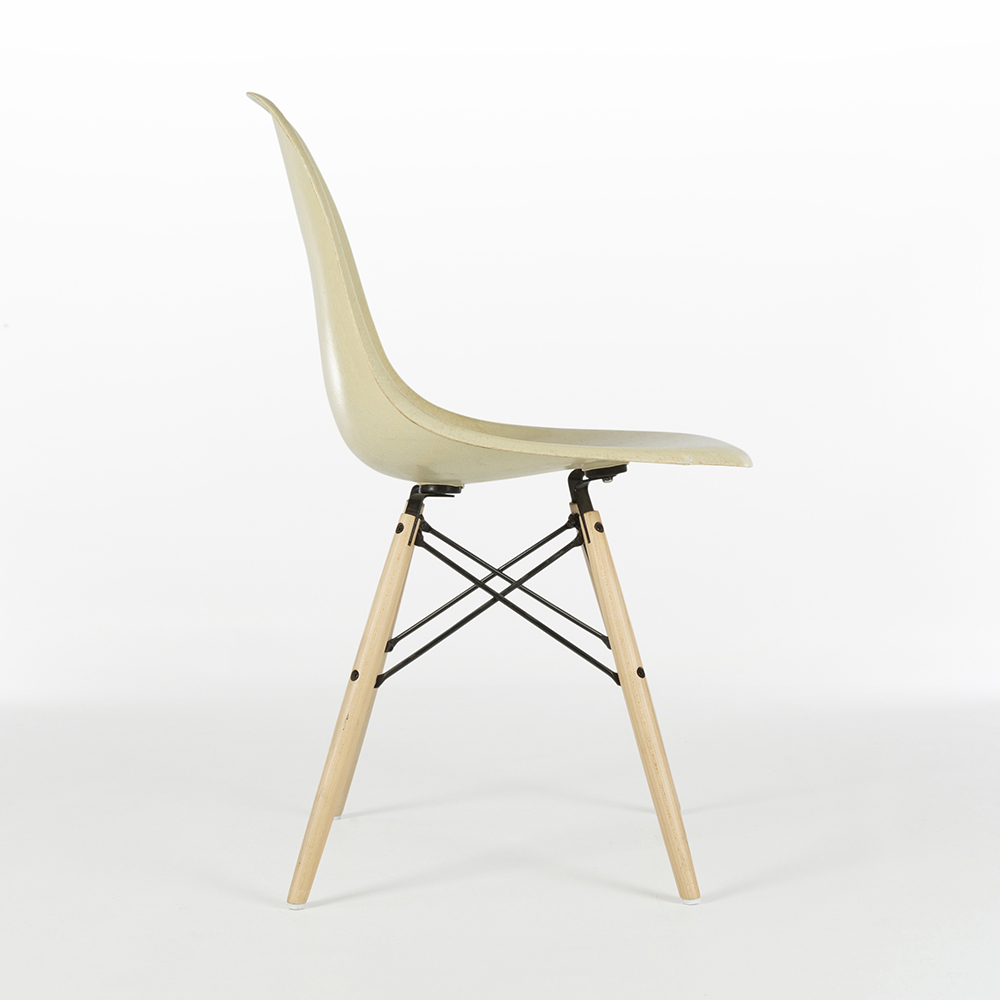 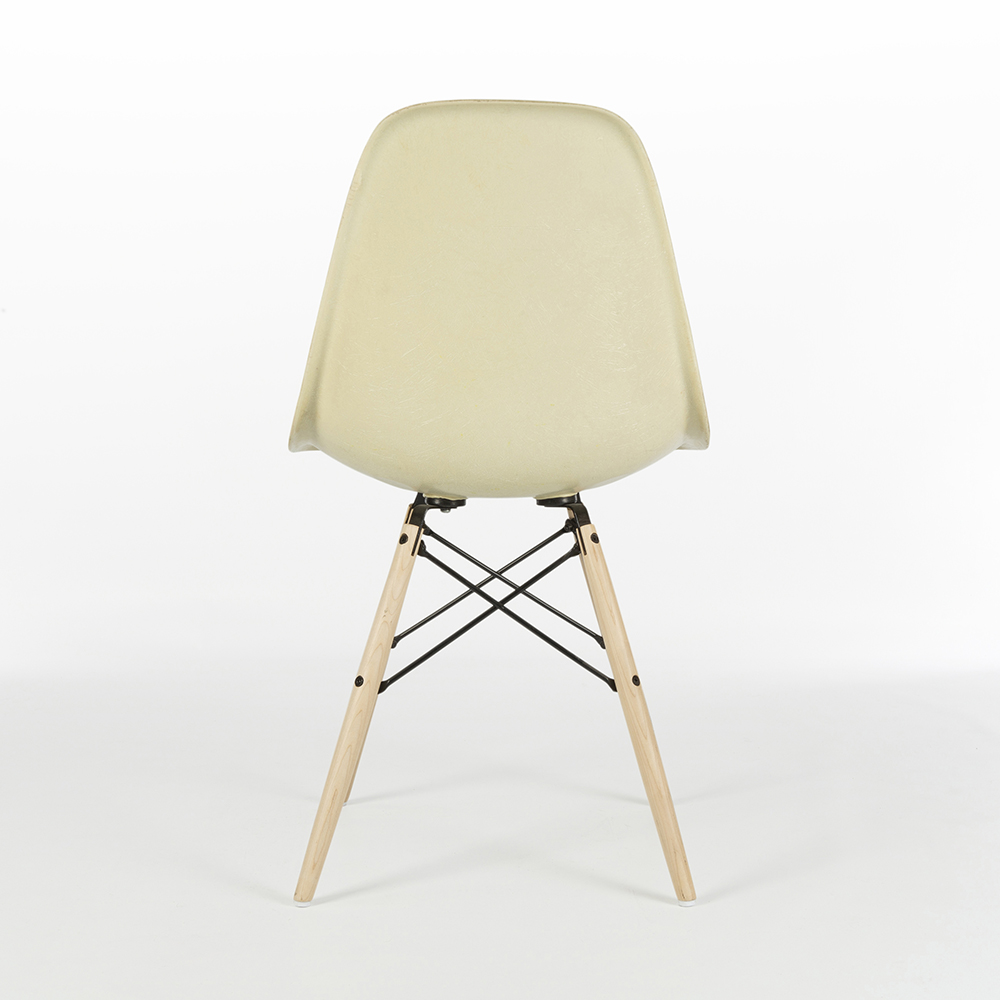 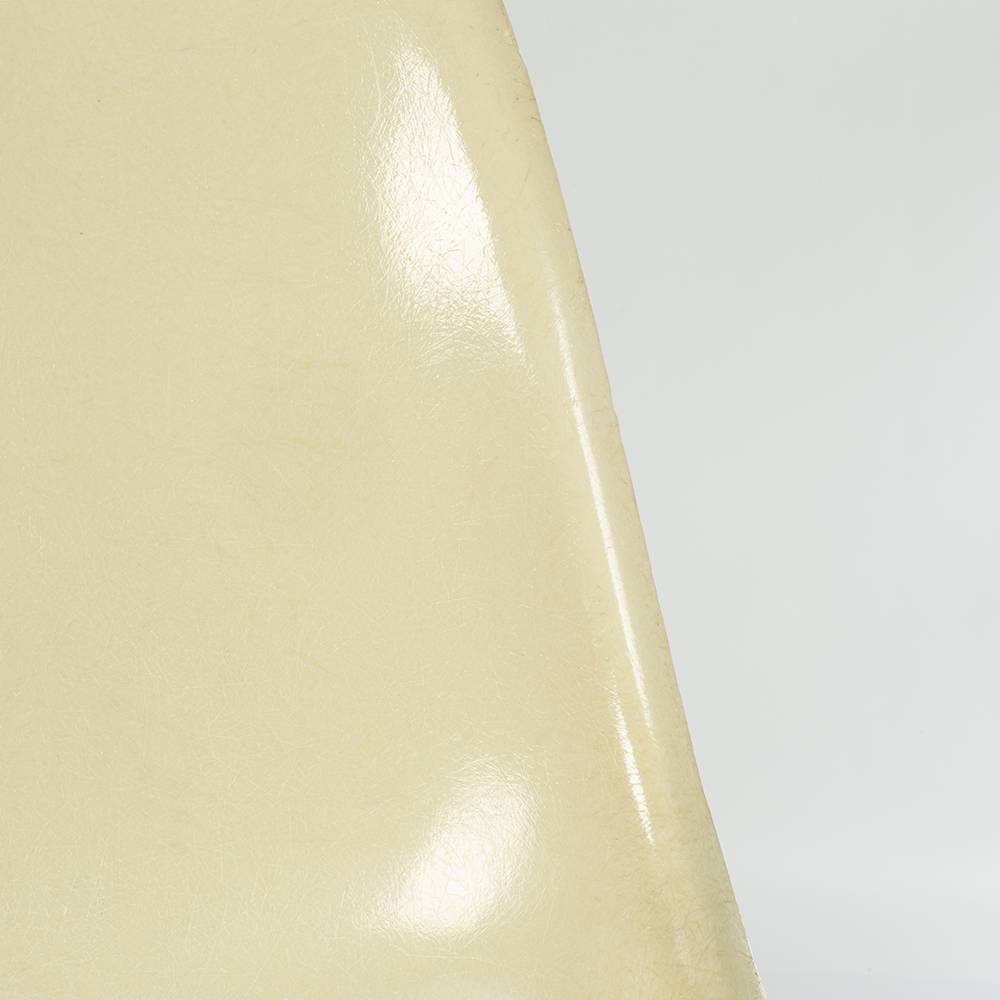 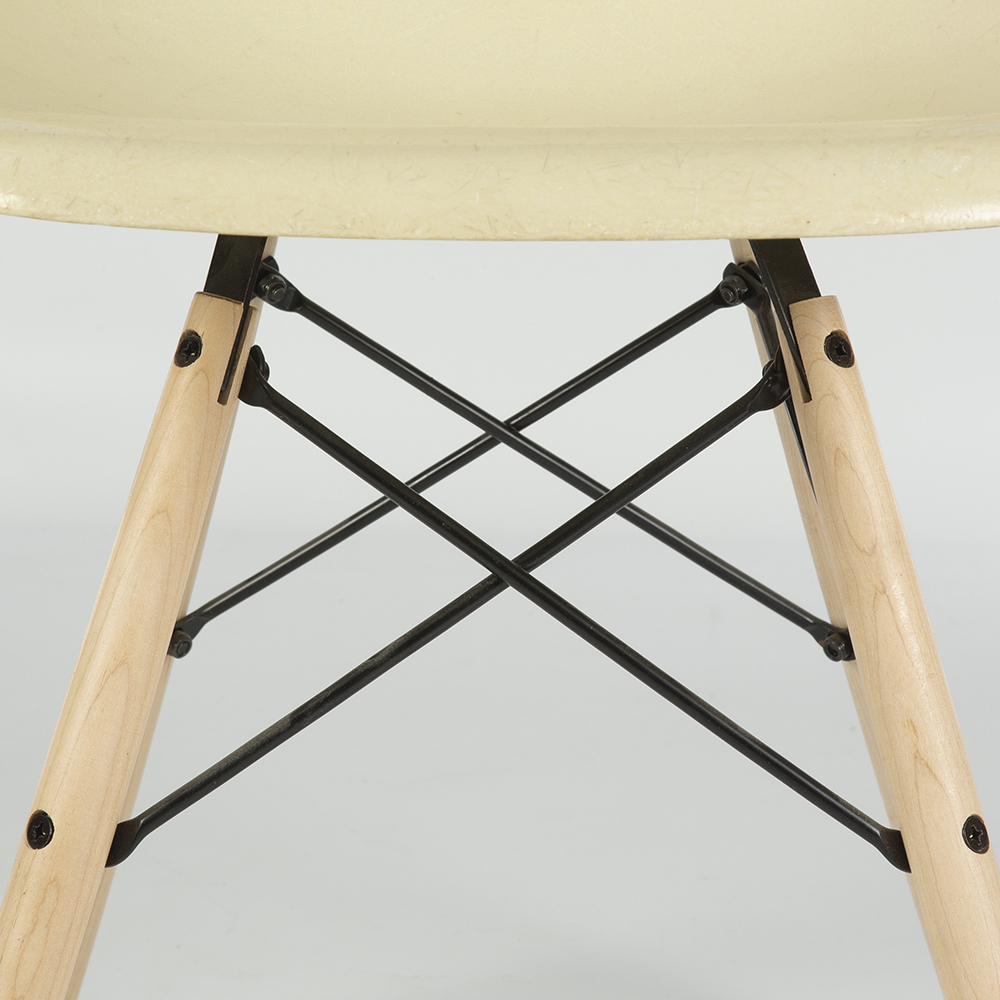 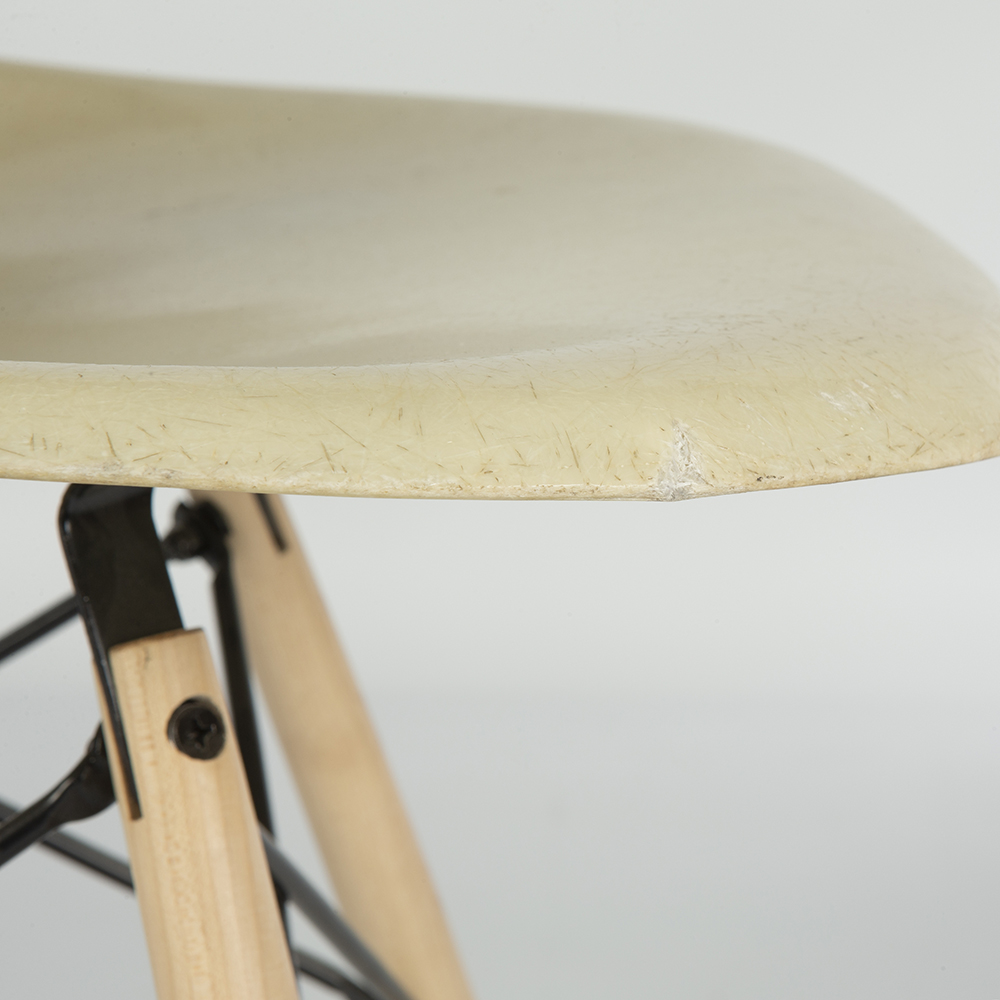 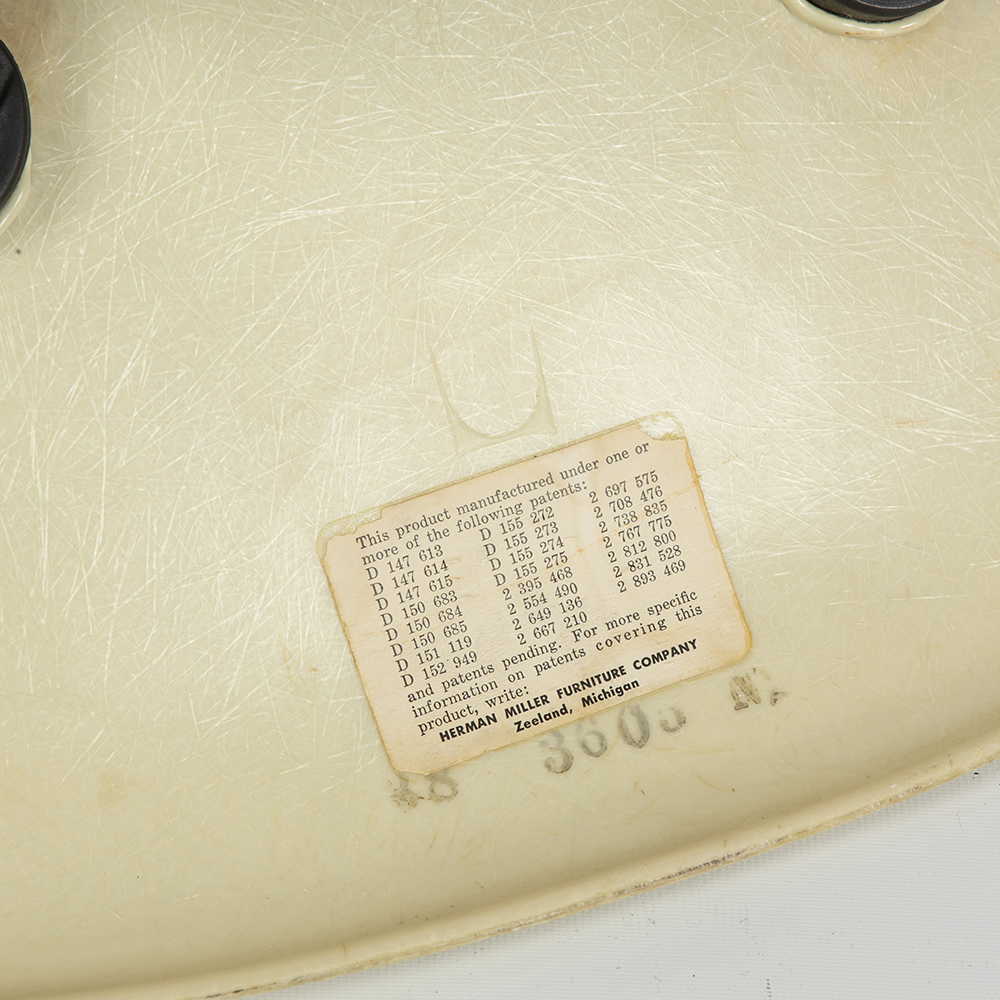