A striking example of an original, vintage, Herman Miller Black Eames fiberglass arm shell chair looks stunning sat upon a used, newer, walnut RAR rocking base. The bold combination of black shell on dark wood base creates a fantastic example of this chair which will make a great addition to any household environment.

With its bold colour, this chair makes would make a great statement piece for your chosen location. Both the used shell and the used base are in good used condition.

There is evidence that the shell was originally an upholstered version which has had the original upholstery removed. The shell has been finished to make it finished as the fiberglass shells are, but there are some small signs of where the original 'breather holes' were which have been professionally filled. The price accounts for this and further pictures are available upon request.

The 'S' within the circle indicates this shell was produced in Herman Miller's Summit Plastics factory but the double triangle indicates it is an early shell produced by them between 1959 and 1962. 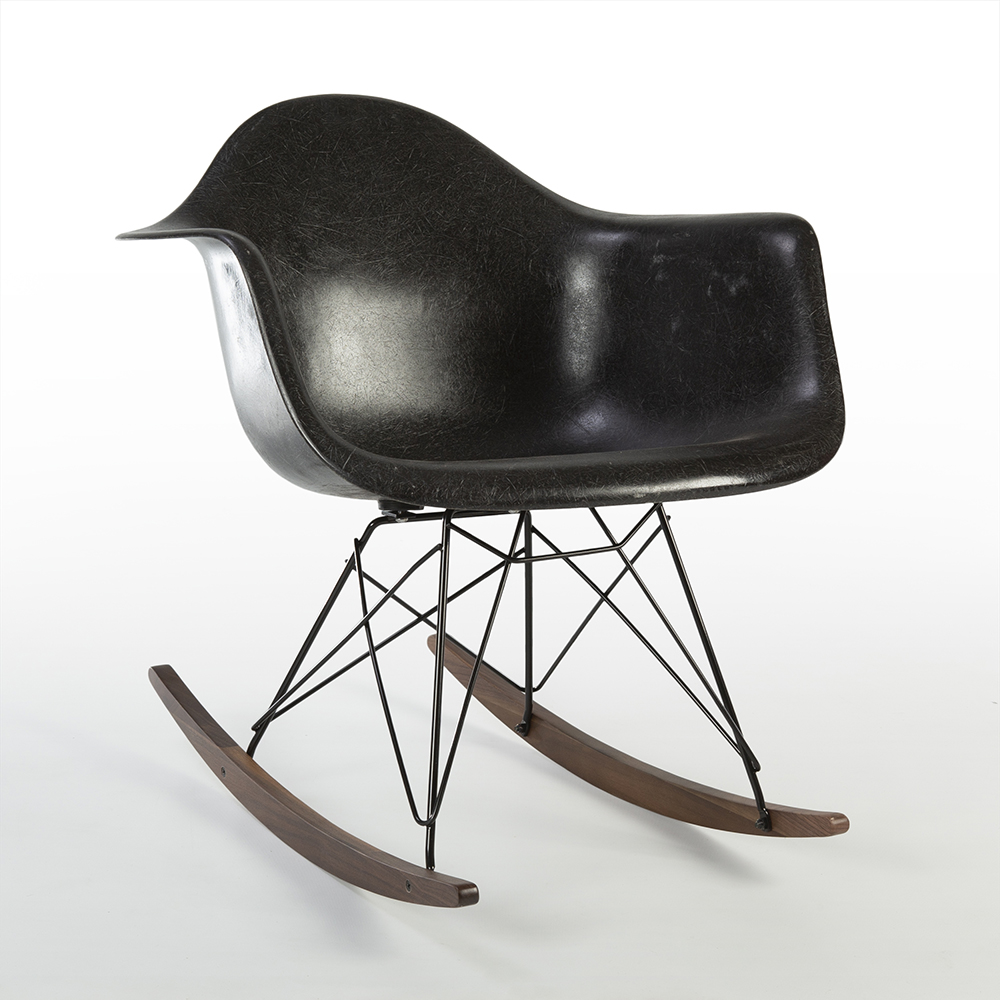 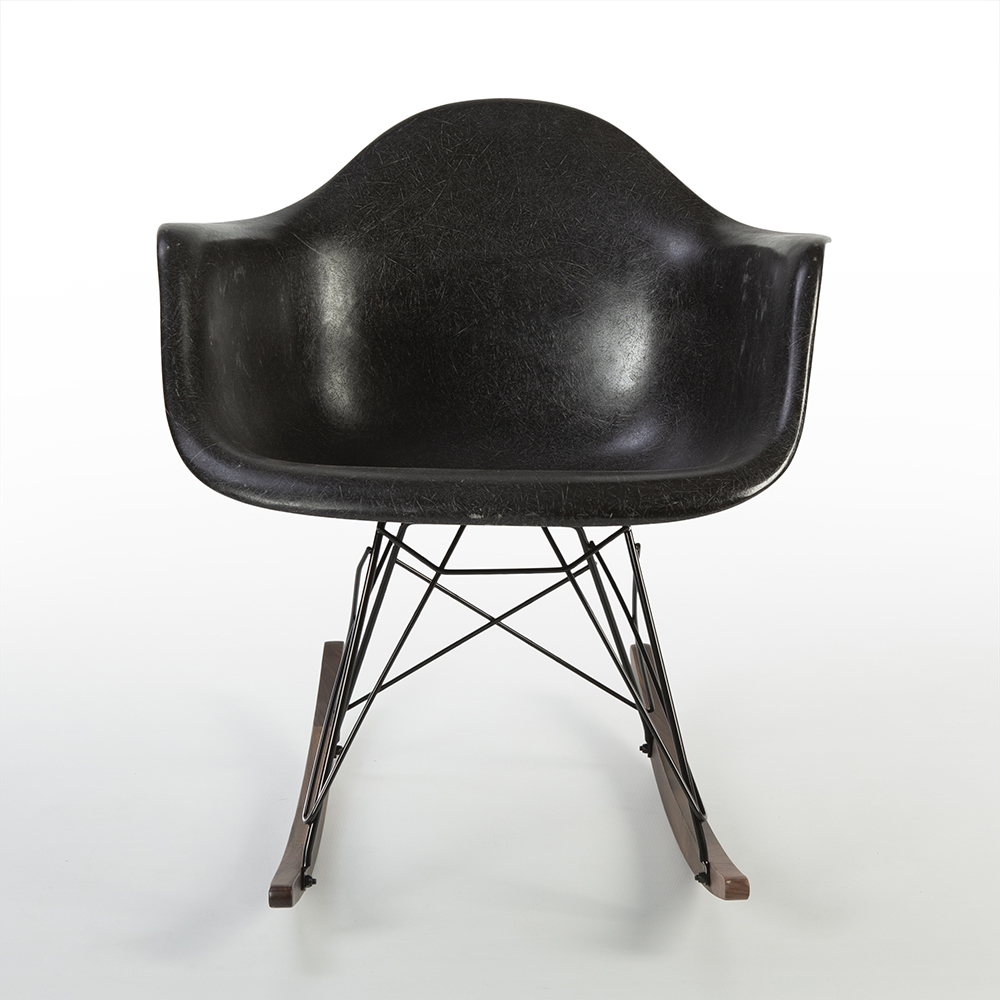 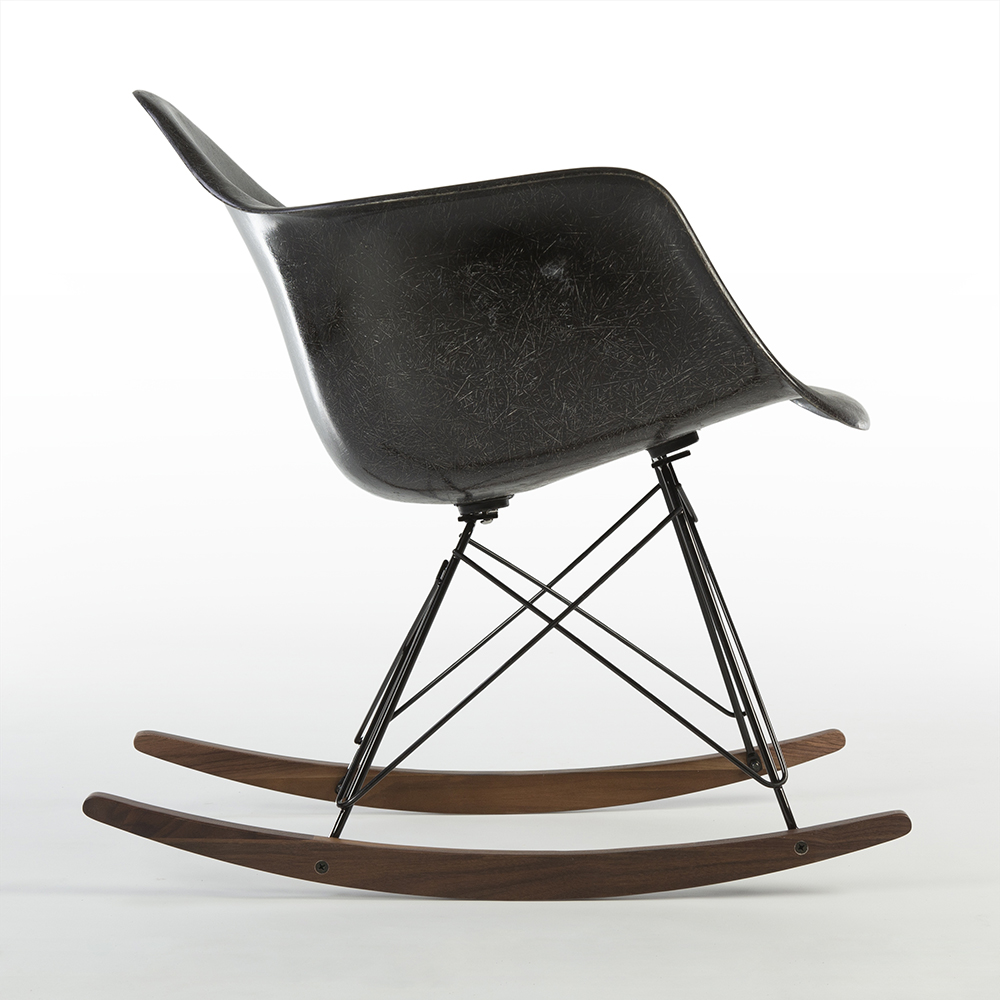 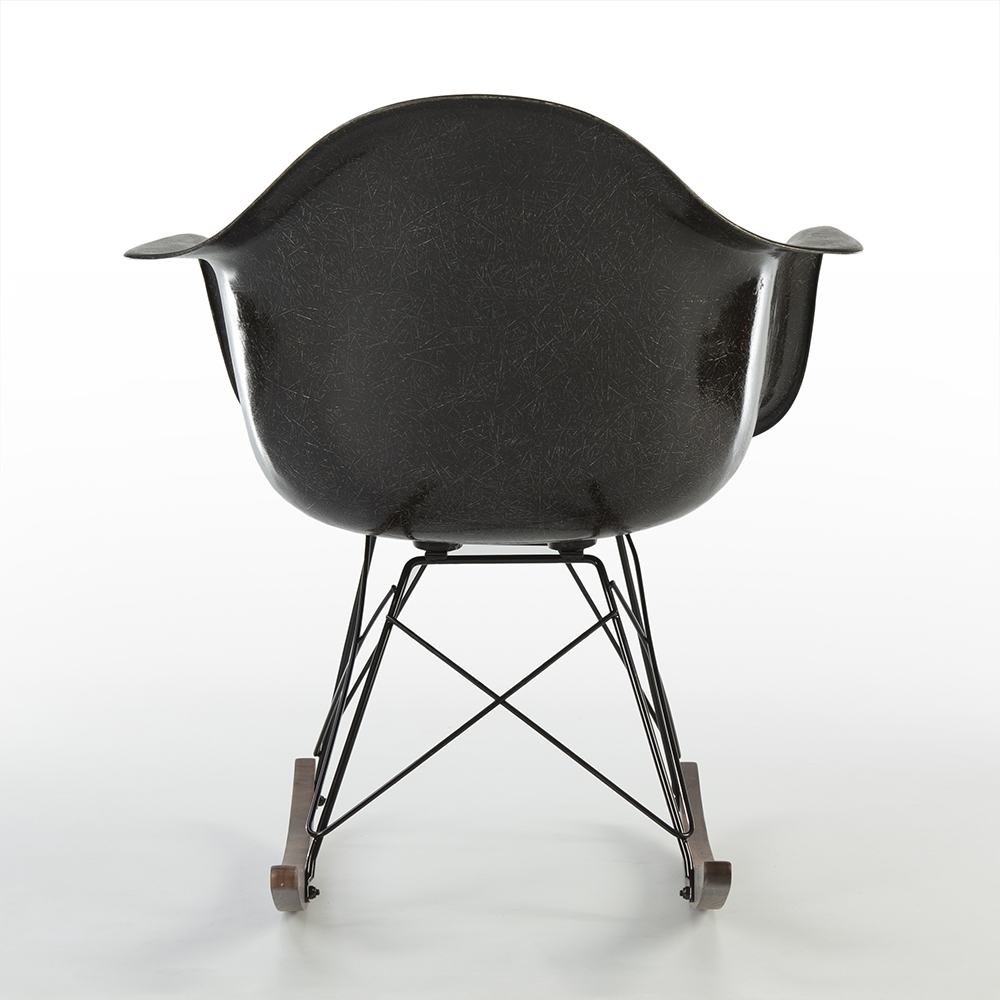 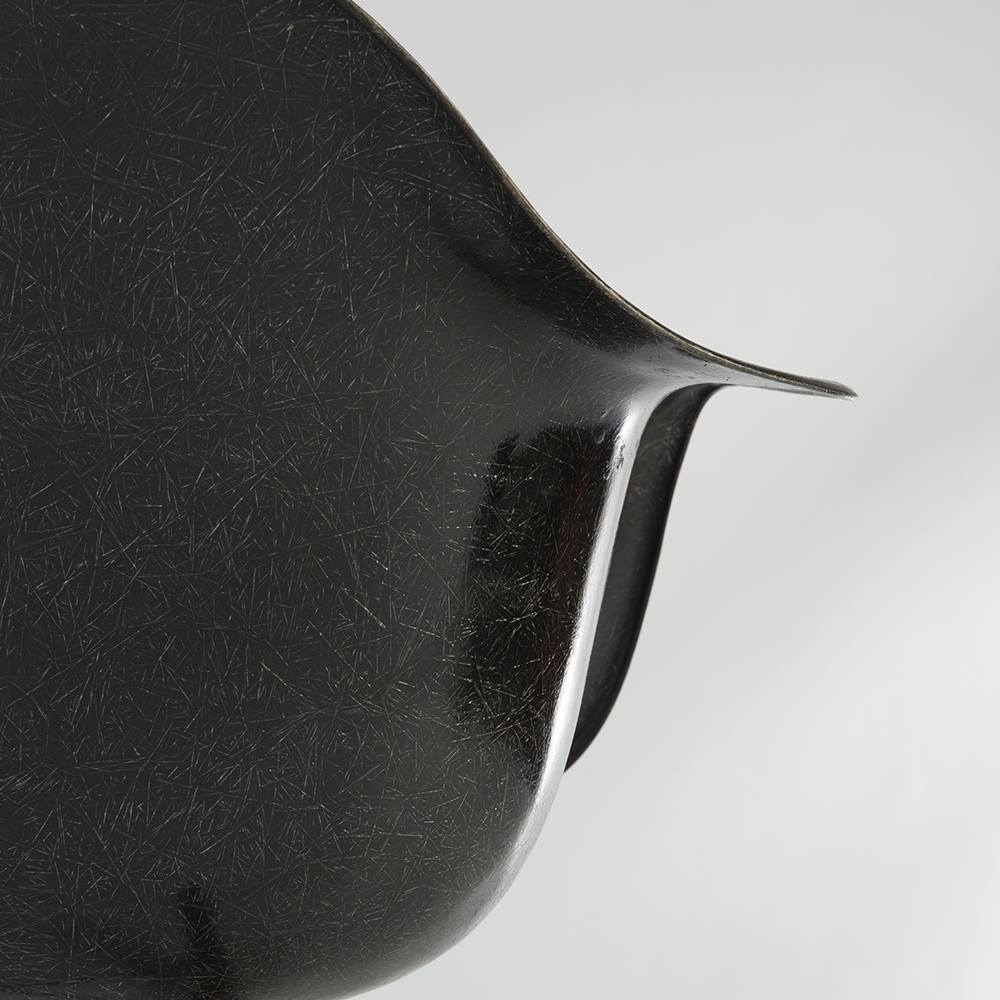 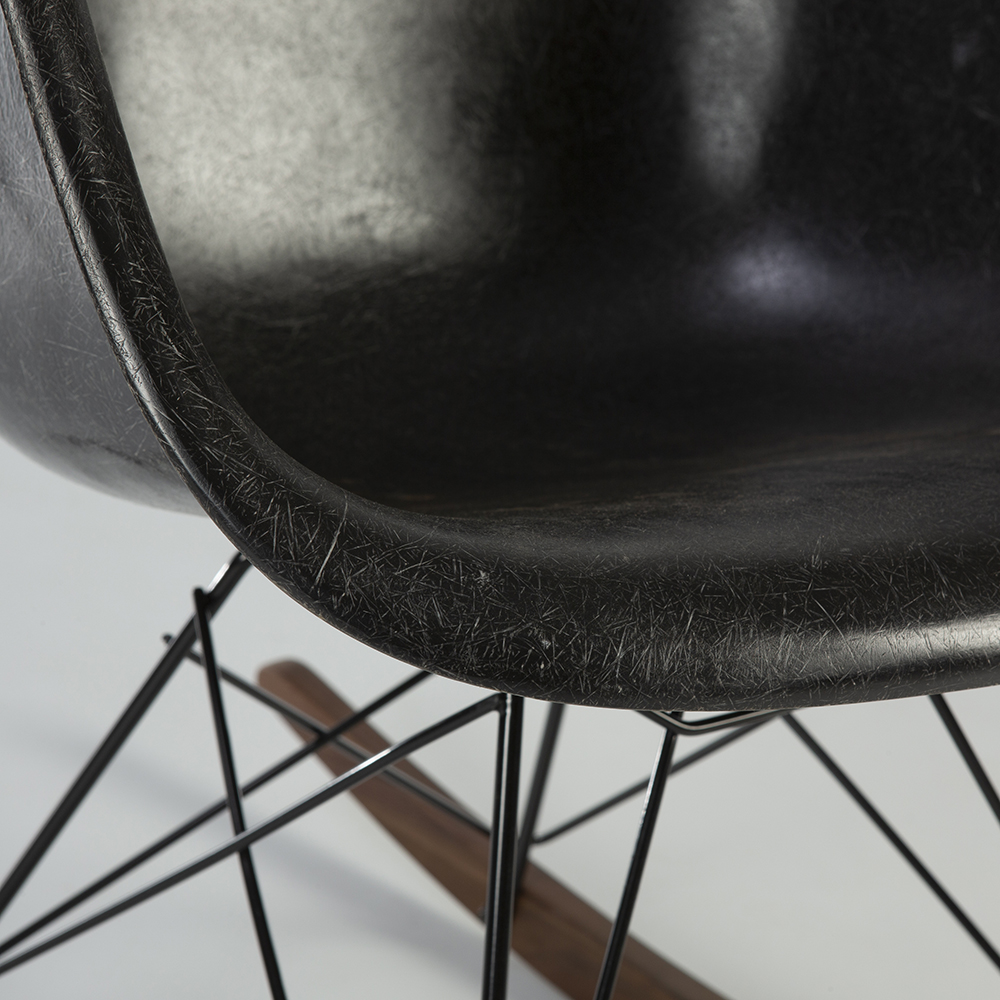 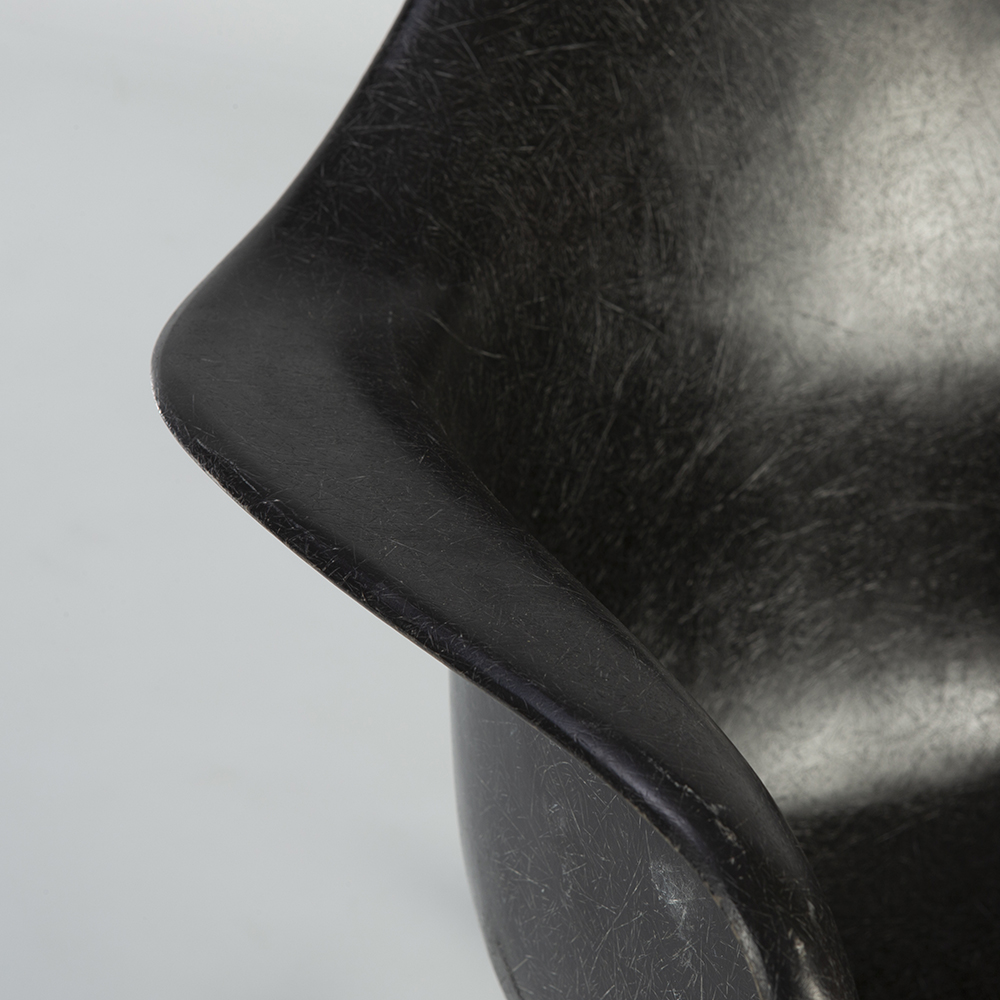 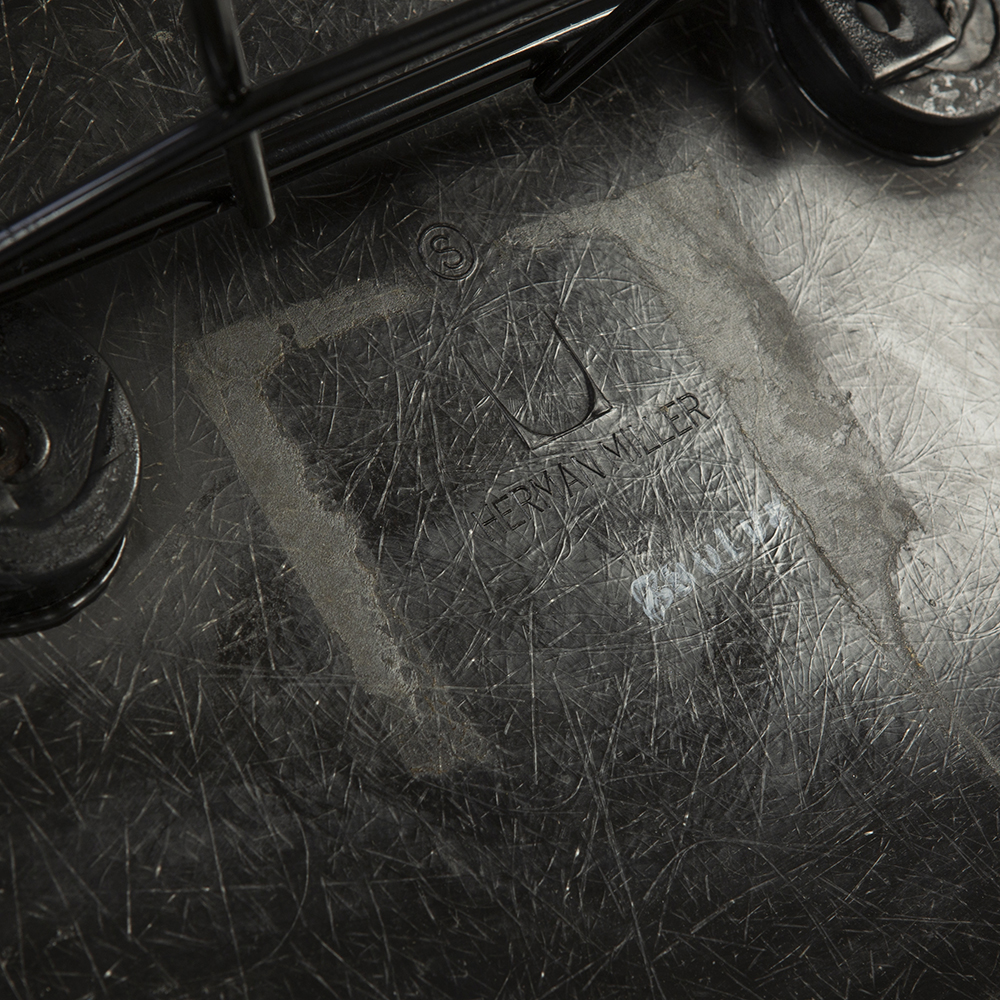