An example of a vibrant, Original Herman Miller Cadmium Green Eames fibreglass shell dining chair on a used, newer, black DSW dowel base. This bold combination of a green shell on a black wood base will add a punch of colour to your interior. 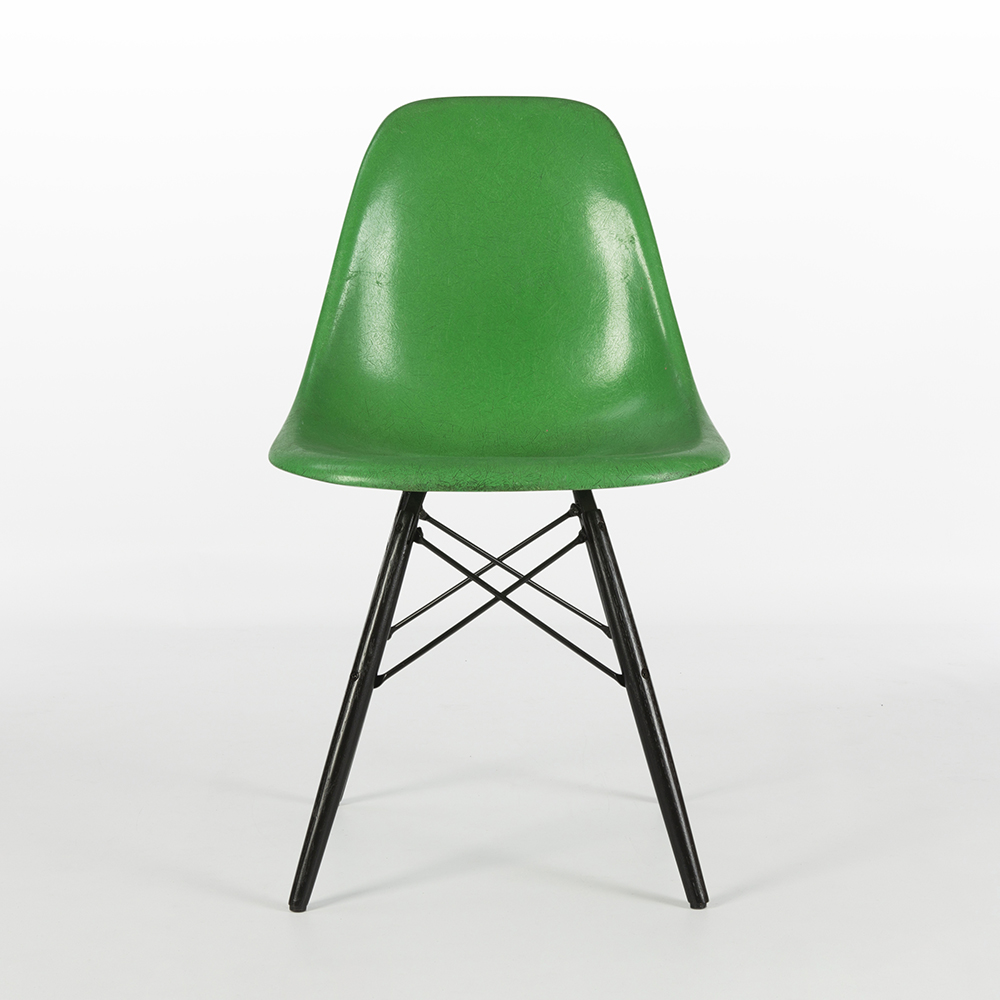 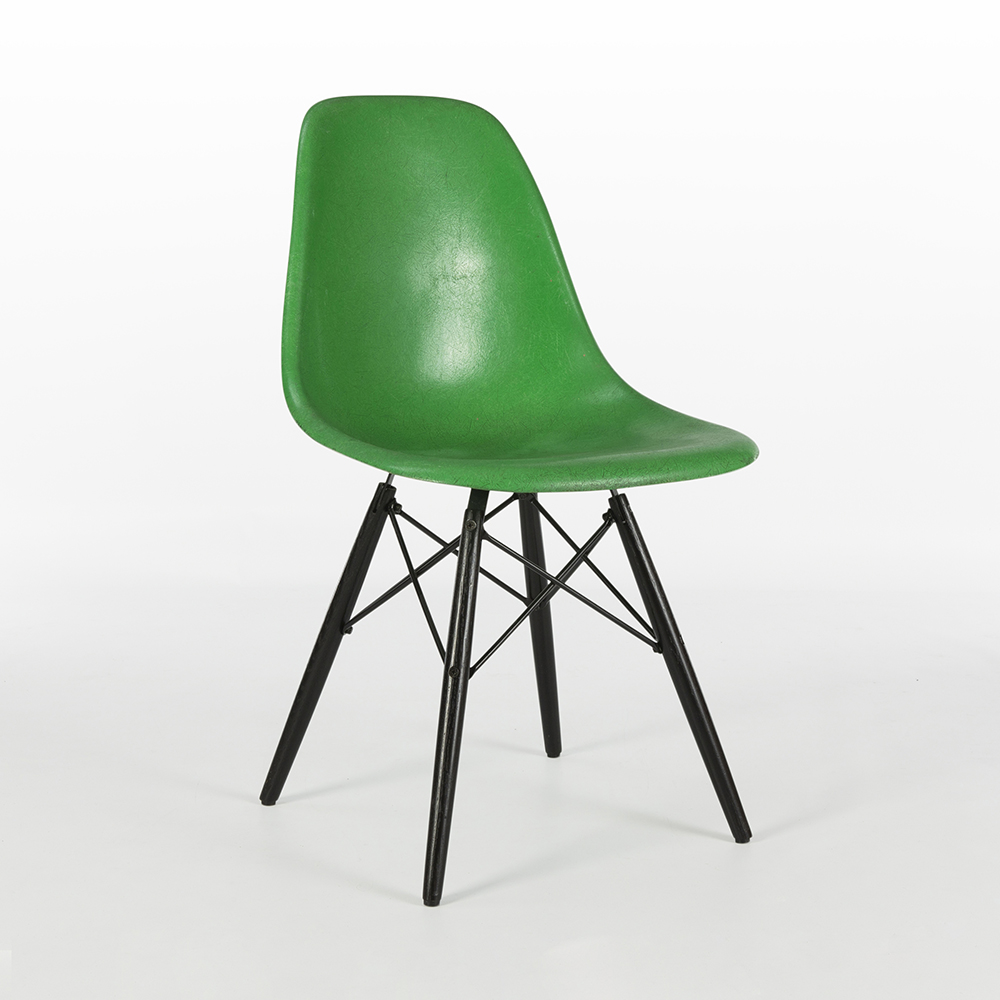 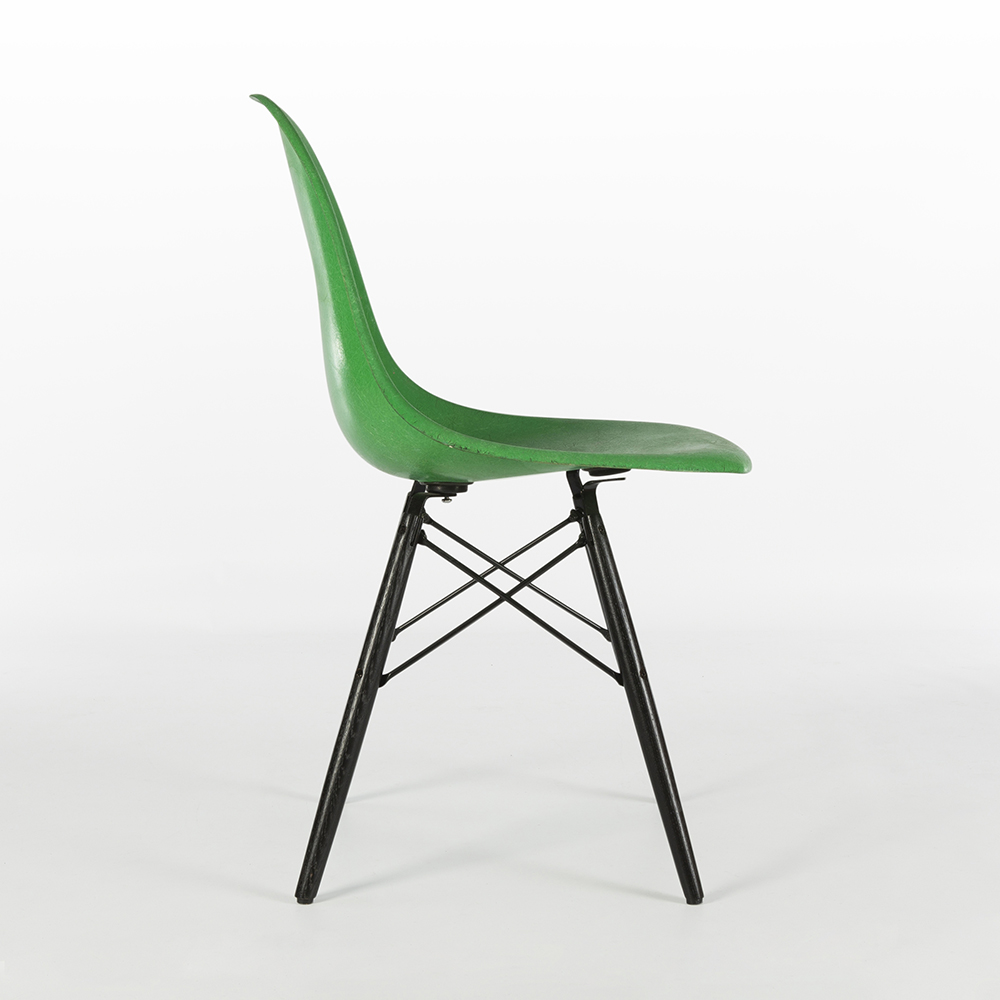 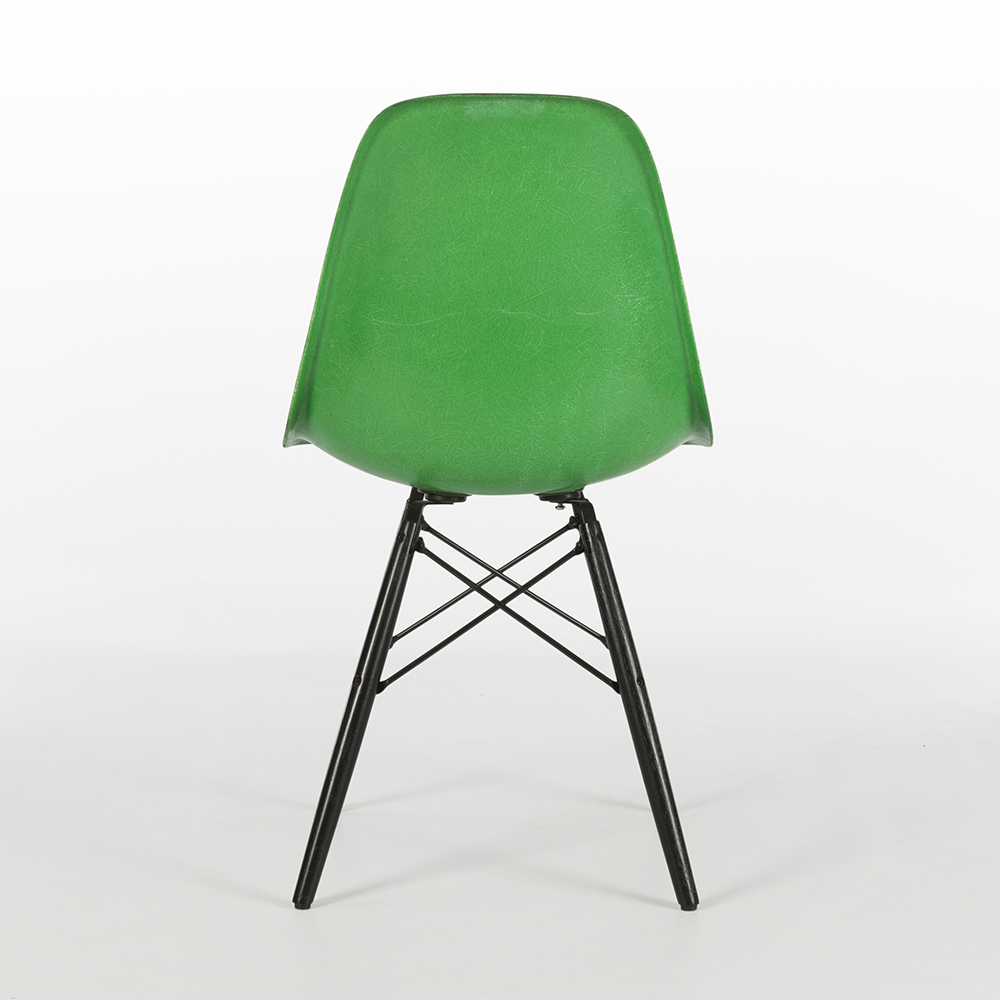 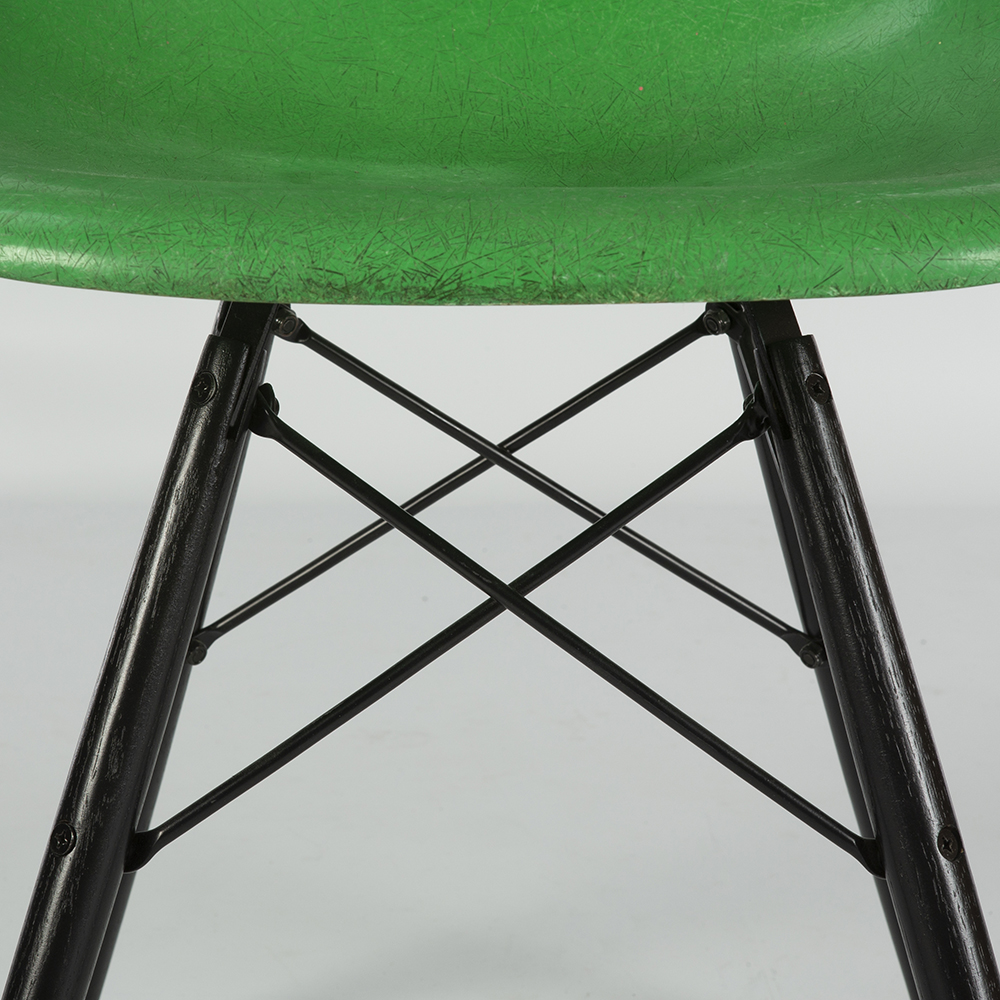 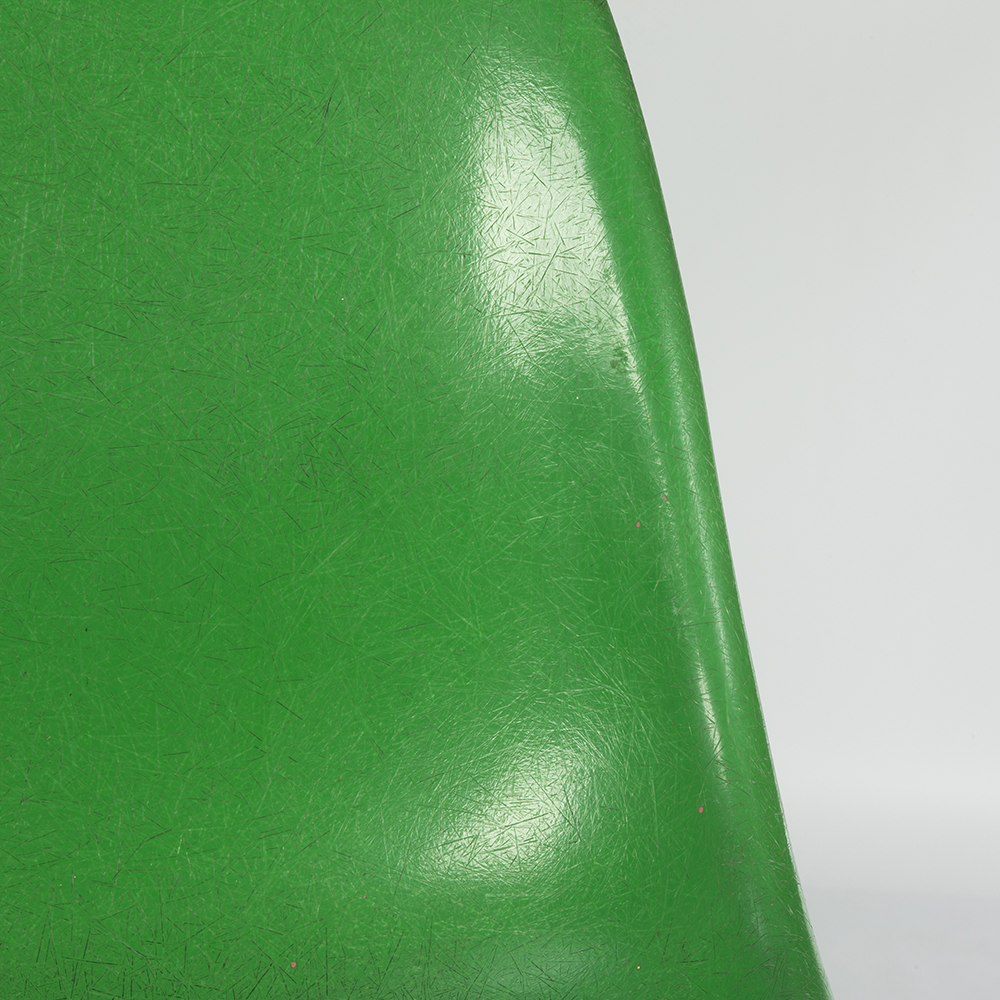 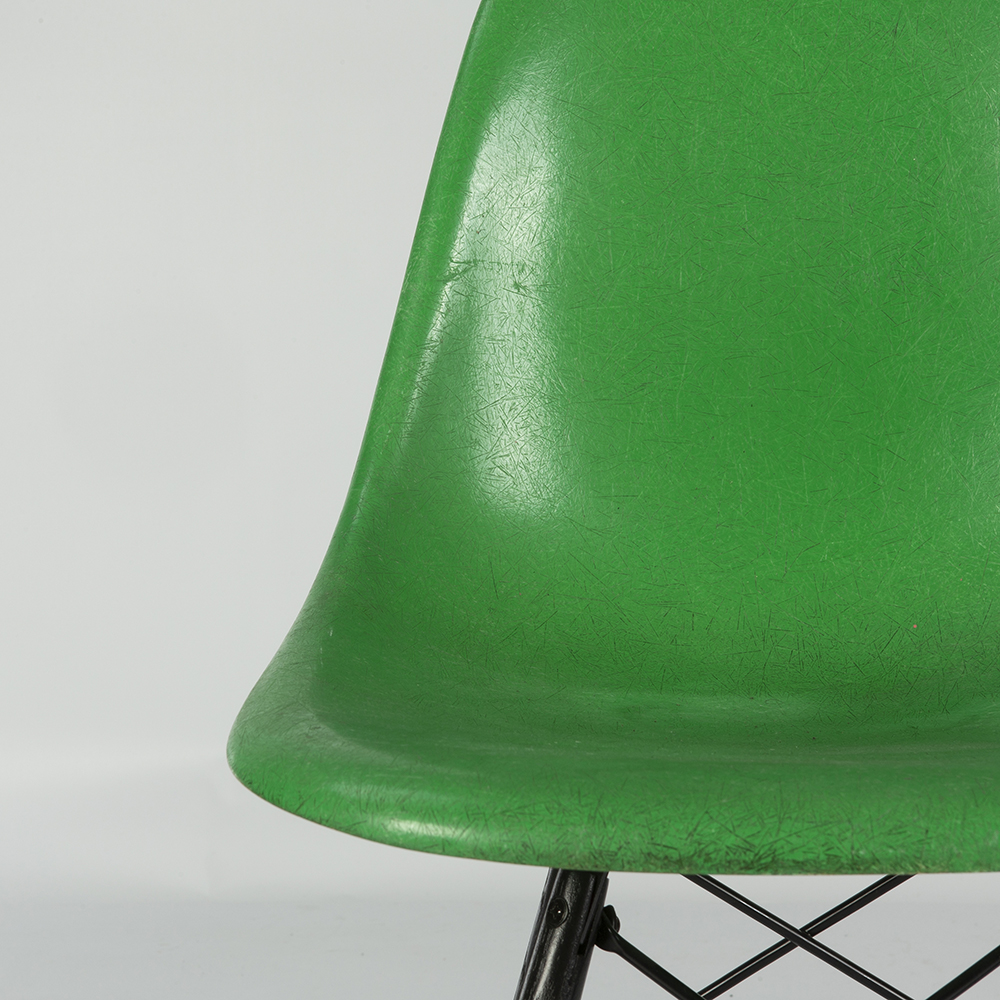 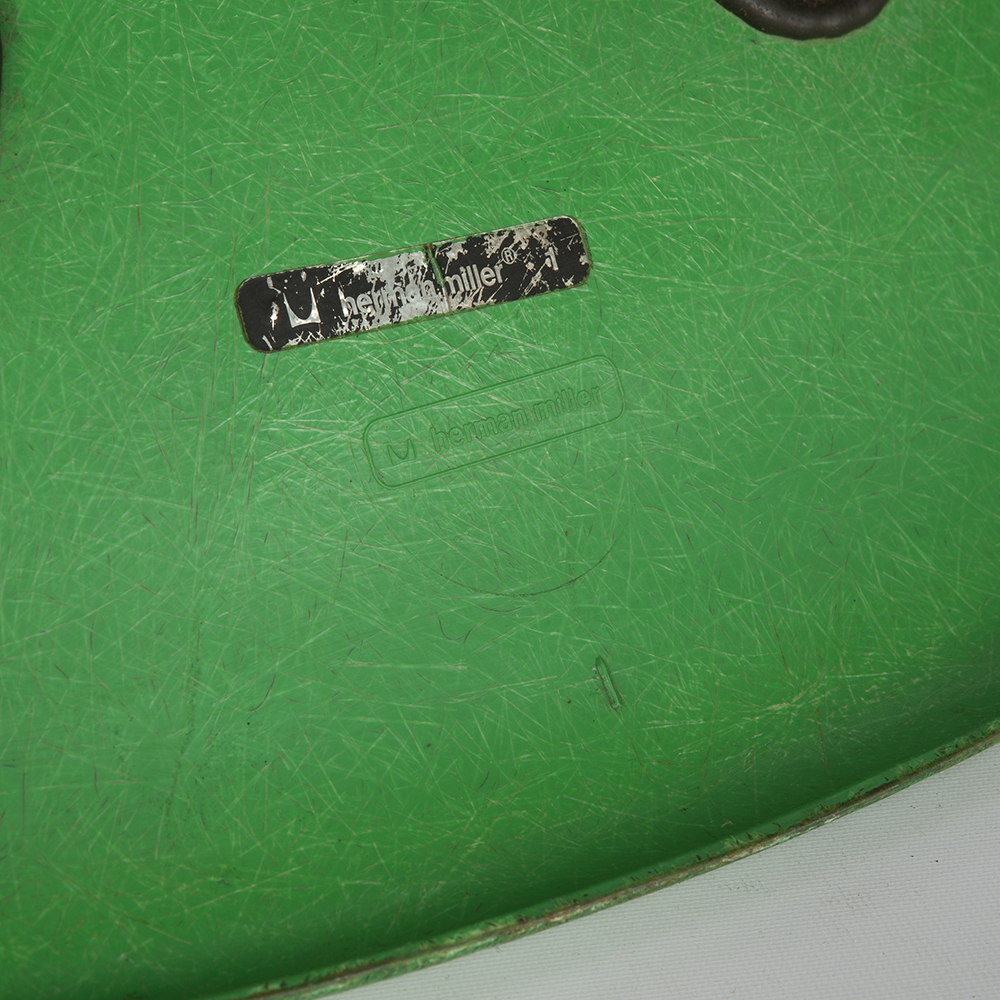