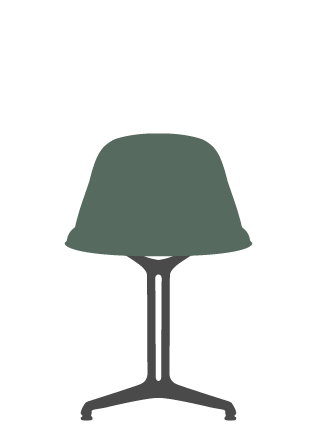 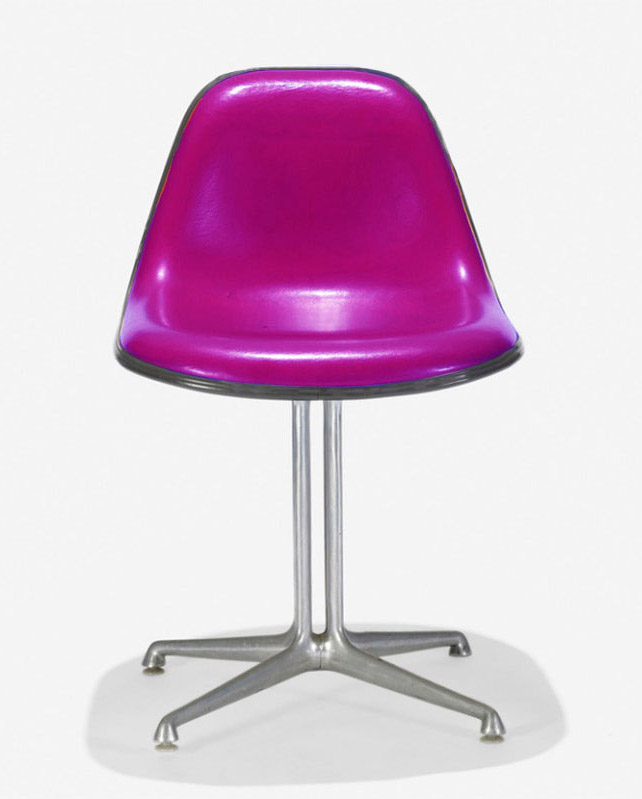 The Eames La Fonda side chairs were essentially an adaptation of the fiberglass plastic chair series, commissioned by Alexander Girard for a new Mexican restaurant in the Time Life Building in New York that opened in 1961. The chairs were then simultaneously released for sale via the Herman Miller catalog of the same year. In Europe they were given the abbreviated name of the Eames DSL Chair, Dining (D) chair Height, Side (S) chair on La Fonda (L) Base.

Although the series was an adaptation of the existing plastic eames chairs, the design brief of the La Fonda series had two distinctive conditions. Firstly, Girard stipulated that the chairs must not be higher than the height of the table top, thus resulting in them being hidden from view. The second stipulation came from Charles, in that he wanted a pedestal base that contained multiple columns.

The result was a beautiful, almost ‘squashed’ smaller top that had essentially been reduced in height by 3 inches, standing atop a multi-columned special aluminium base that really defined the overall look of this series of chairs.

The series also included a La Fonda Arm chair as well as dining and side table. The Eames La Fonda Side Chair Series were only available in one color of fiberglass and came complete only fully upholstered, naturally designed by Girard for Herman Miller.  As well as the unique La Fonda base, Herman Miller also released the tops with pedestal contract bases, these models were numbered 1705 and 1706 which had castors.

The restaurant itself had a unique and pleasant bright, cheerful overall design that represented Girard’s love of and inspiration from folk art. Sadly the restaurant closed in 1963 but the chairs remained available for a further 11 years, finally being discontinued in 1974. 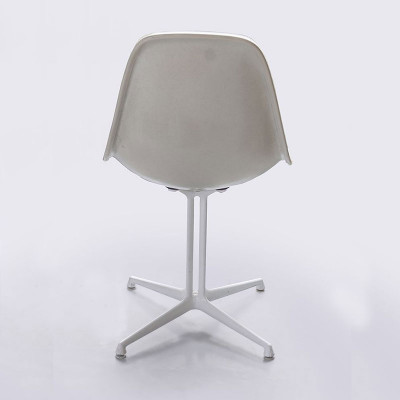 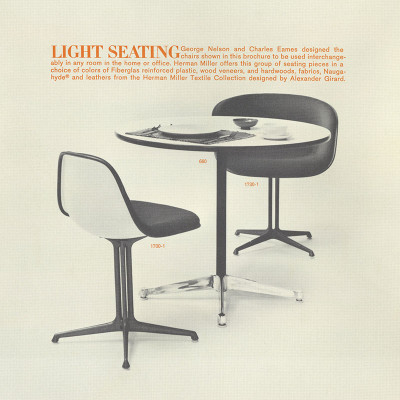 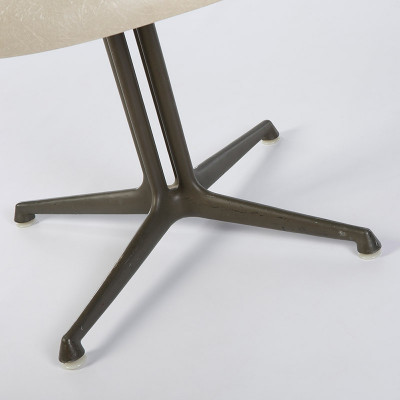 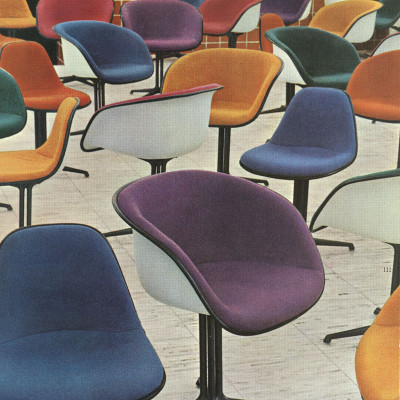 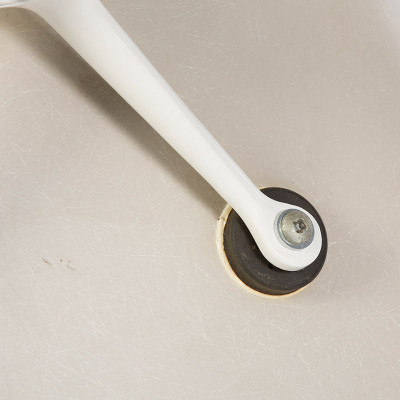 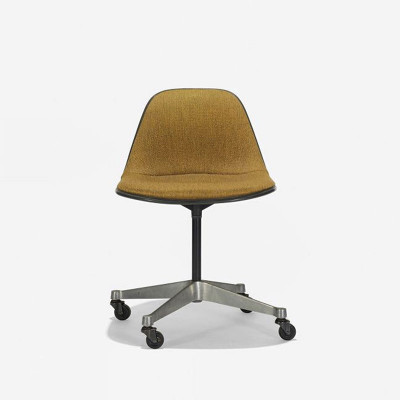 The 1706 La Fonda side chair which had castor contract base 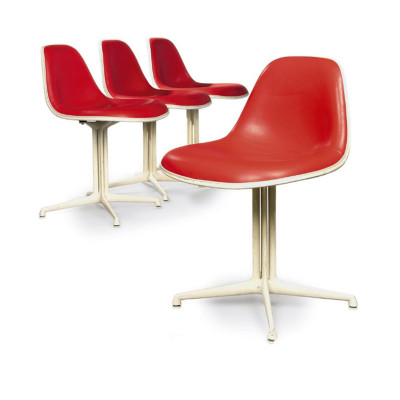 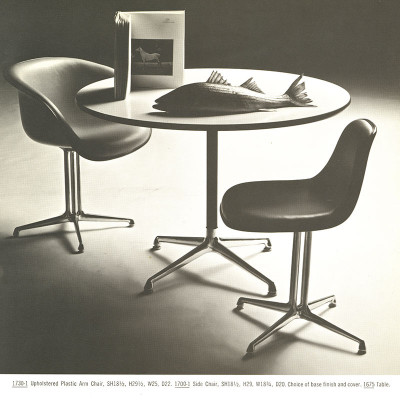