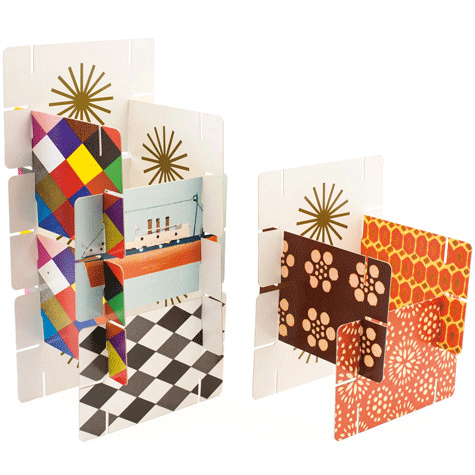 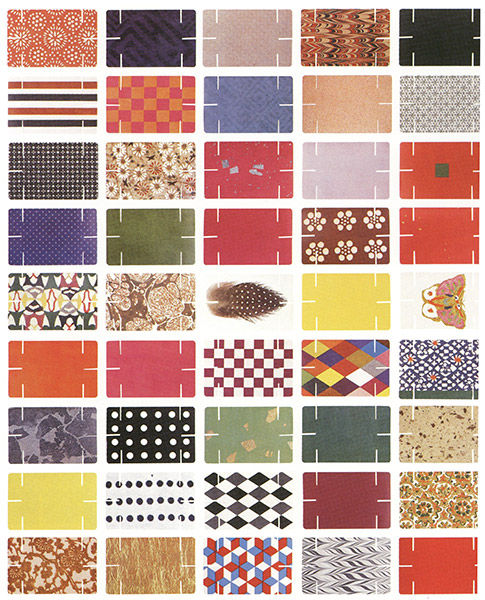 The Eames ‘House of Cards’ was a diversely creative toy which, typical of the Eames’s designs, aimed at children and adults alike. There were two packs produced. The first, in 1952, consisted of the ‘pattern deck’ which contained fifty-four cards with a wide variety of textured and/or colored patterns on the one side and a black asterisk on the other.

The second set, produced later, utilized photographs in place of the colored finishes, thus giving it its name of ‘picture deck’. Both sets of cards had 6 slits in them, two on each side and one at each end which allowed the cards to slot into each other, enabling them to create a vastly diverse architectural adventure, especially after the two decks were combined.

The Eames cards were printed by the American Playing Card Company and distributed by Tigrett Enterprises and were produced until the company folded in 1961. In 1953, a larger version called the 'Giant House Of Cards' was released. The Eames' would also use the idea for the 1970 'Computer House Of Cards', made as a gift for attendees of the IBM pavilion at the World Fair in Osaka, Japan. Production was continued in the later 60's by Creative Playthings of Prineton, New Jersey for a short perdiod.

The ‘House of Cards’ also appeared in Europe through the German company Otto Maier and English company Summit Games who produced them under licence from Tigrett.

We decided that the best method of determining the generations of the House Of Cards is best done per region as the US and European versions worked very different years. 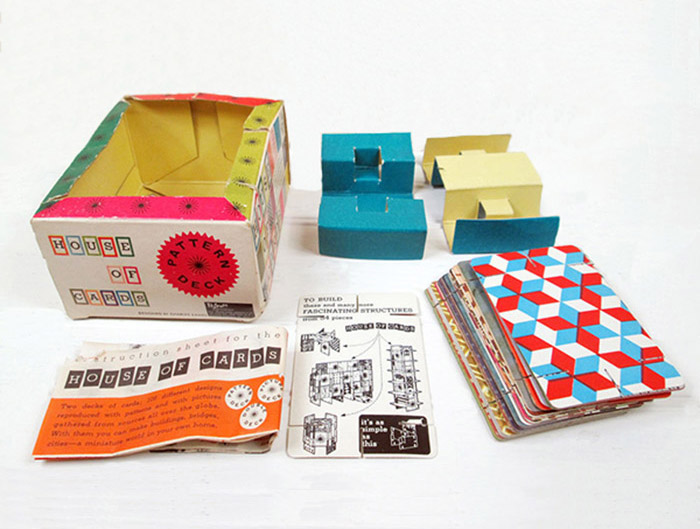 The US first generation by Tigrett Enterprises

First Edition was released to the marketplace in 1952

The first edition was the 'Pattern Deck' with photographed patterns, textures and designs 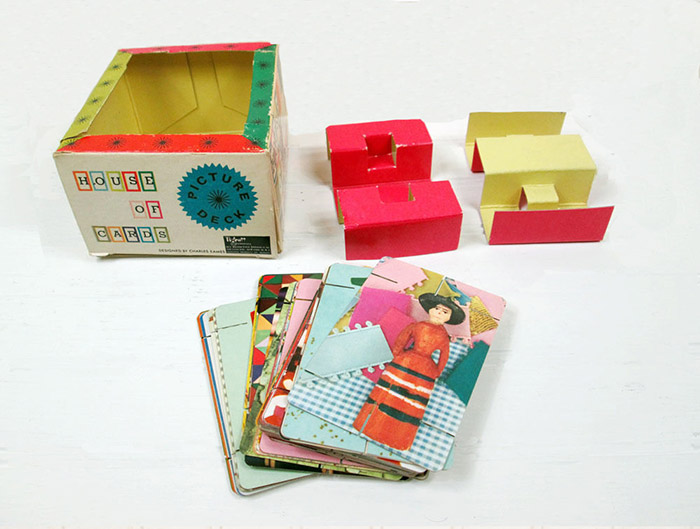 This, the second release 'Picture desk' was released only months following the first 'Pattern deck'

Second Edition was released to the marketplace in 1952, 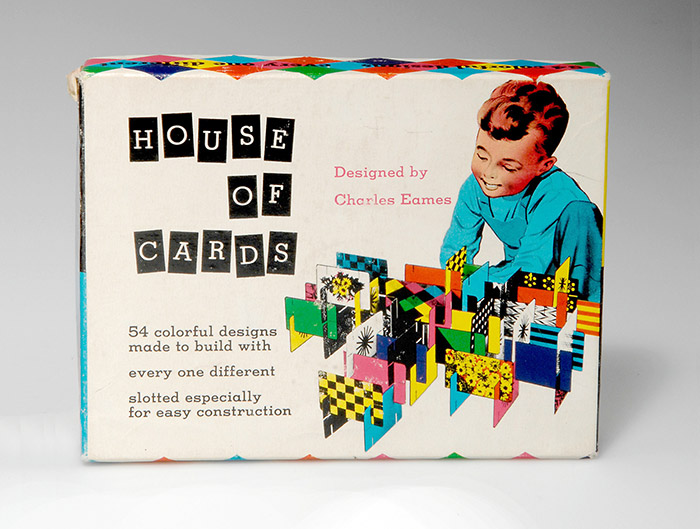 The third version of the popular card toy had a change of packaging.

This version combined cards from both the pattern and picture decks to make up the 54 cards.

Pattern cards had a black asterisk on the reverse and picture cards a grey-green one. 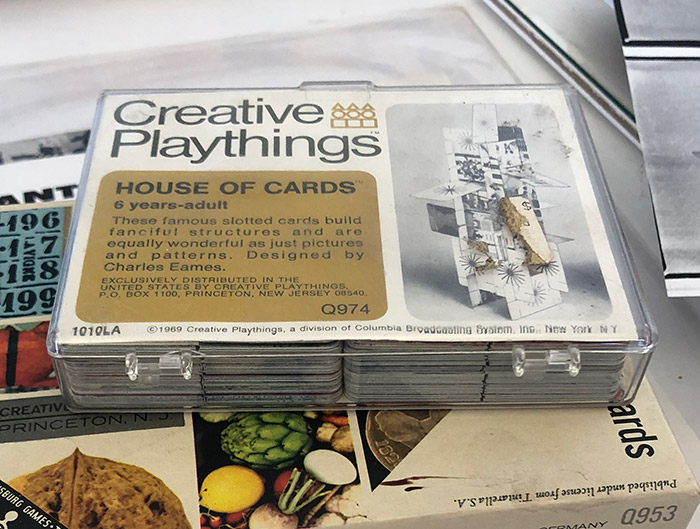 The fourth generation was released in 1969 by Creative Playthings

This version used cards from both the pattern and picture decks.

The cards were physically smaller than the original Tigrett versions 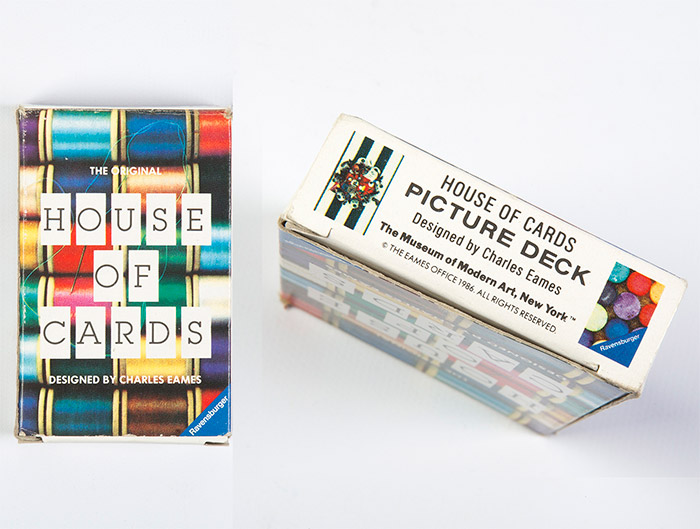 The re-founded Eames Office have continued to produce this set since the early 90's. 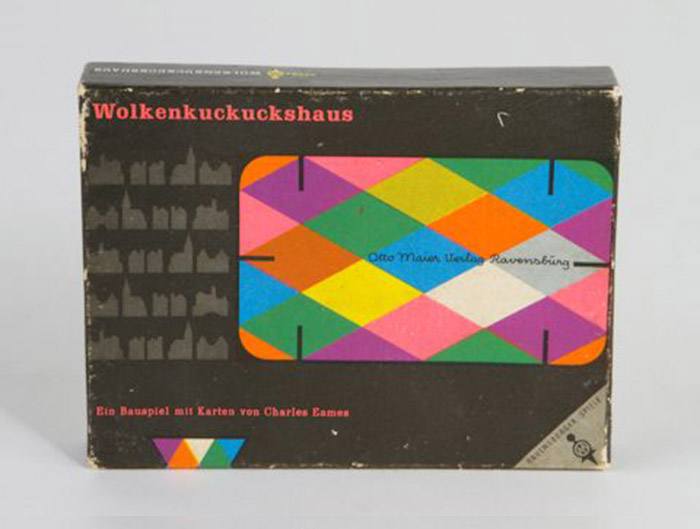 Pack made by Otto Maier Ravensburger 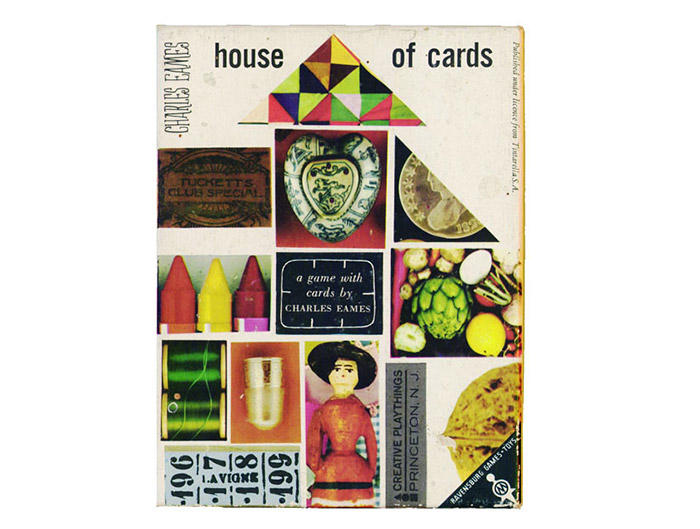 Pack made by Otto Maier Ravensburger, in West Germany

Box indicates 'Creative Playthings', the US Owner at the time 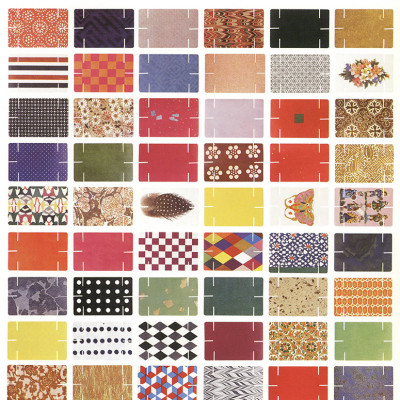 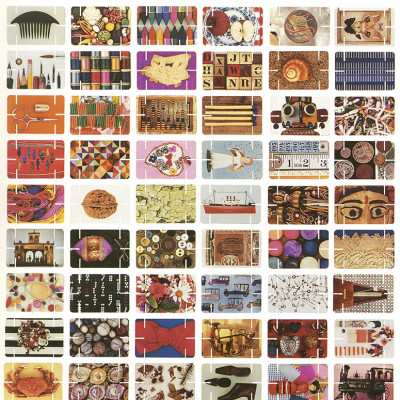 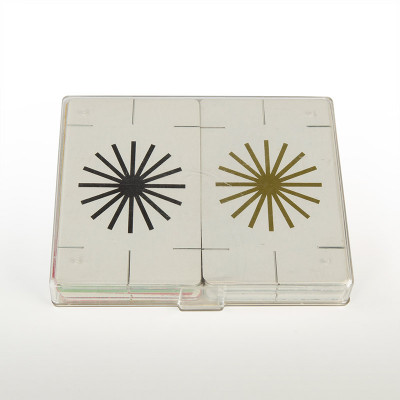 The dual packs of the Eames House Of Cards 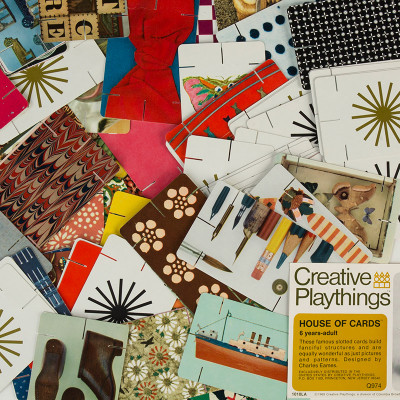 A pile of the Eames House Of Cards ready for building