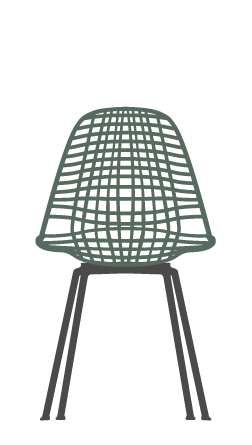 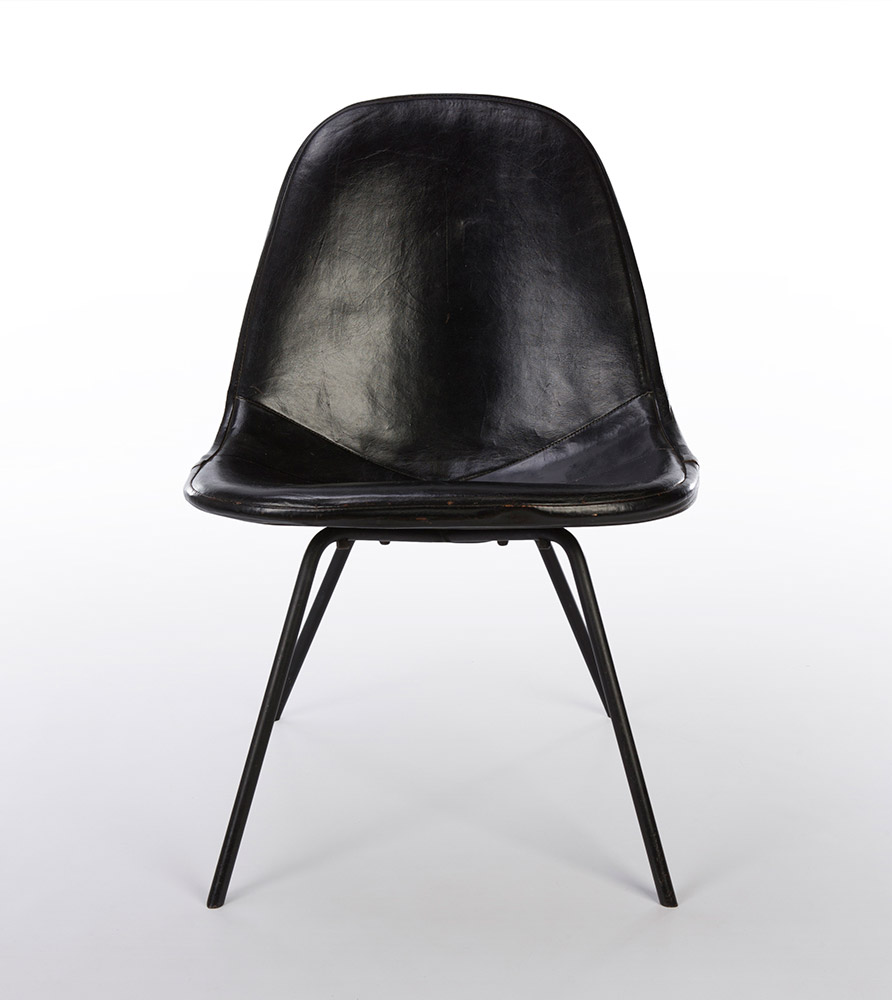 The abbreviated Eames DKX Chair, part of the Wire Mesh Series, stood for Dining (D) Height, K-Wire (K) Chair on X Base (X). The MKX is the same only in a shorter medium (M) height. The LKX was the lounge (L) height version. As with all the mesh series, the numbers represented the upholstery cut, with 1 meaning the full chair cover and 2 the two-part ‘bikini’ version.

The first release of the four-legged X base version was in two sizes, the Dining (DKX) and the Lounge height (LKX) versions. In 1954, following the same development of the bases of the plastic series chairs, the LKX was discontinued and replaced with an ever-so-slightly higher version deemed the Medium (MKX) height Wire chair.

The X in the name of the DKX, LKX and MKX stands for the X base, an original patterned base with a clear criss-cross where the base joins the top. This base was developed for the plastic series and was later utilized for the wire mesh chairs. The X base was replaced in 1954 for the lighter and more versatile ‘H Base’ but for the sake of continuity the X in the name stayed, even to this day with the later re-launch.

The countless welds on the Eames DKX Side Chair were done with what is known as resistance welding. This works by passing electric current through the metal until it gets so hot it bonds any connecting adjacent metal wires. This is why repaired welds done manually can often be easily seen and less likely to appear as clean as the original.

The popular wire chair series lasted until 1967 and was initially released on a dowel base (DKW) a Cats Cradle (LKR), a rocker (RKR) and Eiffel base (DKR). It was then later released on the Pivot Cast Base (PKC). 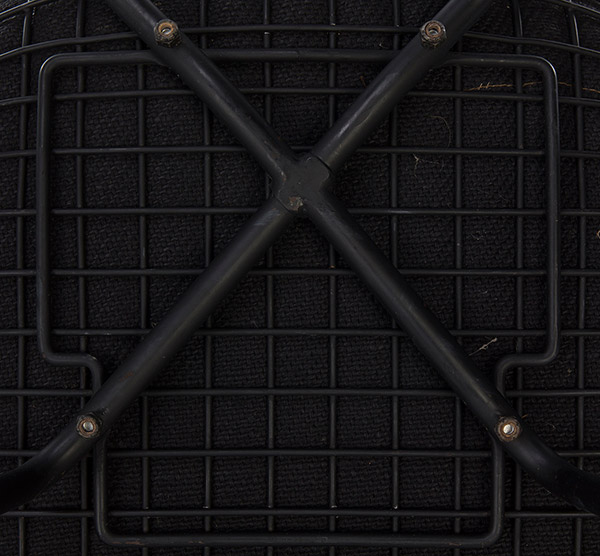 The first generation DKR base is the classic X-base, given its name from the cross strut of the underside which attaches to the seat section

The early bases and seat tops were only available in black

The 1st generation was available in 2 sizes, the dining height height DKX and lounge height LKX 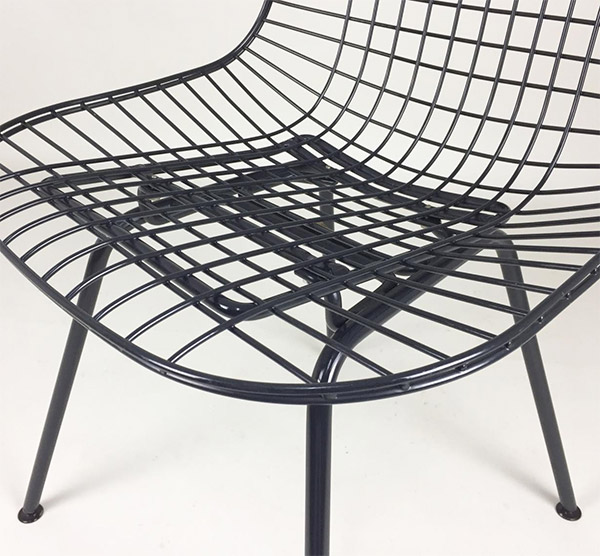 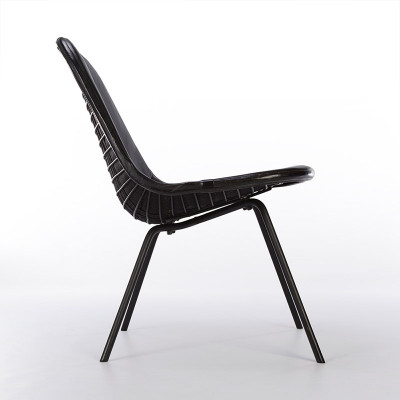 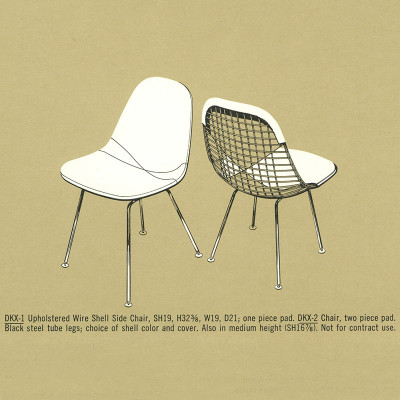 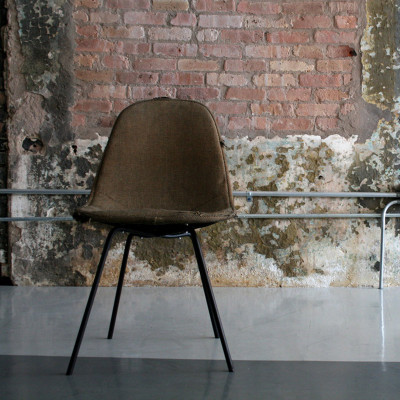 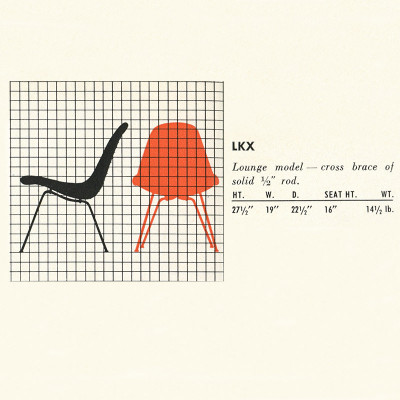 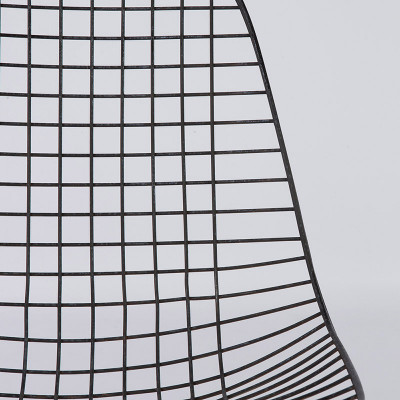 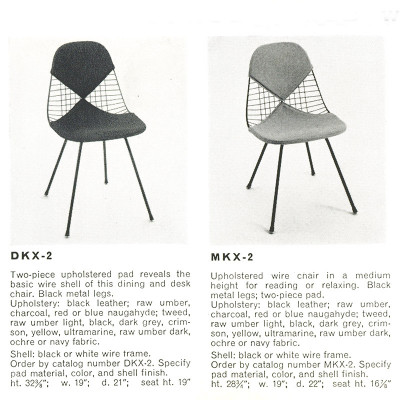 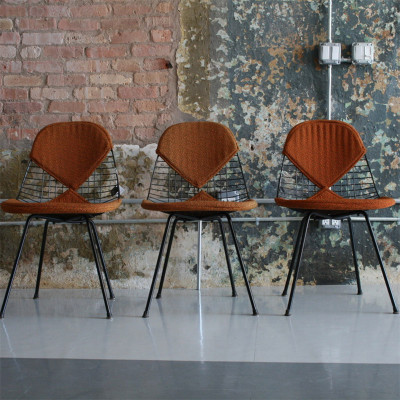 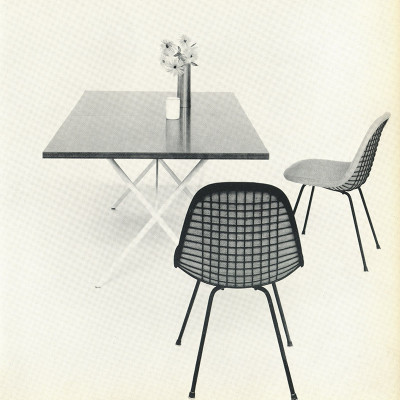