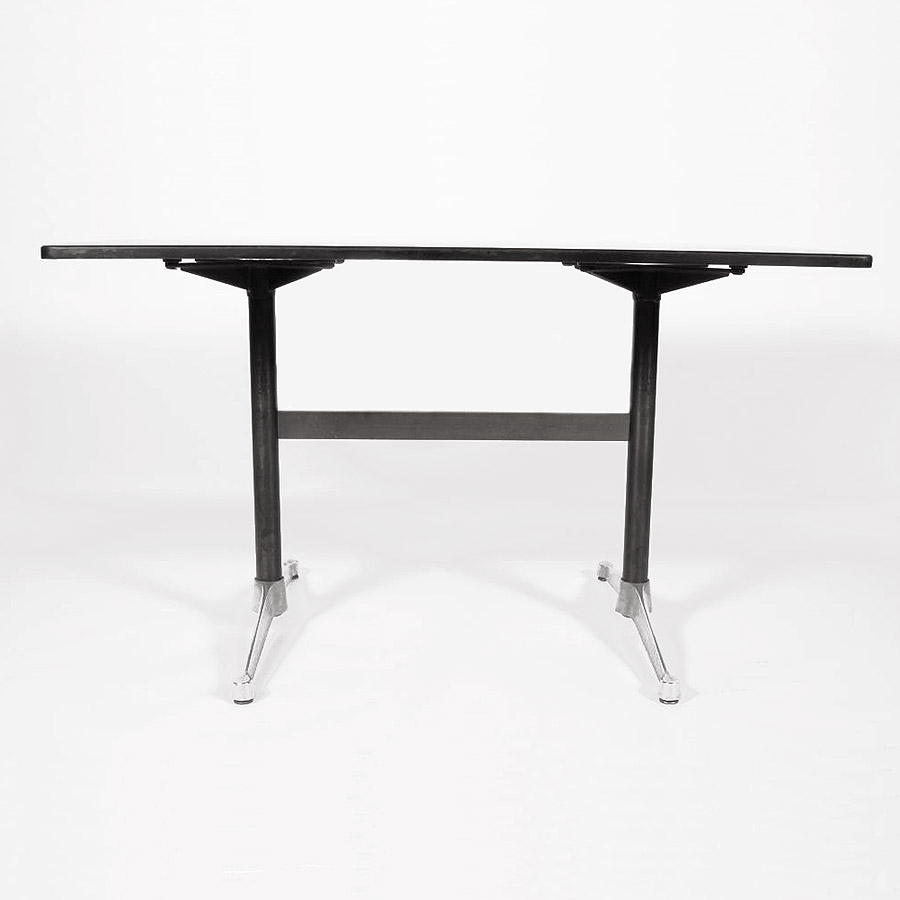 Added to the Herman Miller portfolio in 1961, the Eames 2500 series tables were a range of some 20 work and conference tables with varying sizes of tops, standing on parallel legs of black steel and polished Aluminum feet.

The success of the Contract Tables released in 1958 was the catalyst for the increase in demand for Herman Miller’s tables for both the home and especially the commercial workplace. By 1961 the portfolio was growing with the Universal, Segmented and 2500 series tables all added. Whilst the other tables were predominantly circular or oval shaped designs, the 2500 series were all rectangular, thus providing for a different style and application than the others.

With a design inspired by the original Contract Base, the Eames 2500 series tables used the same polished Alu feet with nylon floor glides but with only two-footed prongs as opposed to four on the original. The design of the parallel legs was cleaner, especially for rectangular tops, and was supported with a cross beam for added rigidity. The legs of the table were placed in from the edges enough so that all sides of the table could be used for seating.

The Eames 2500 series tables were a well made, practical and functional multi-use table that sadly didn't catch on commercially. The manufacture of the series would only last for a few years and thus are quite rare to find now. Whilst the top and the parallel tubular legs could be easily overlooked, the distinctive design and shape of the two-prong contract base feet is what collectors should be looking out for to spot this rarer Eames table.

The Eames 2500 series parallel leg tables all stood at the same height of 28.625" (72.70 cm). The series was available with tops in 6 different lengths. The smaller 60 to 72 inch sizes also had four choices of width whereas the larger 78 to 96 inch tops came with 3. The parallel legs on the larger tables were built with a thicker frame column and foot to ensure stability with the added weight of the tables.

See the original catalog extract below showing the series choices. The columns were not marked in the book, the right hand columns in order are height, length, width and weight: 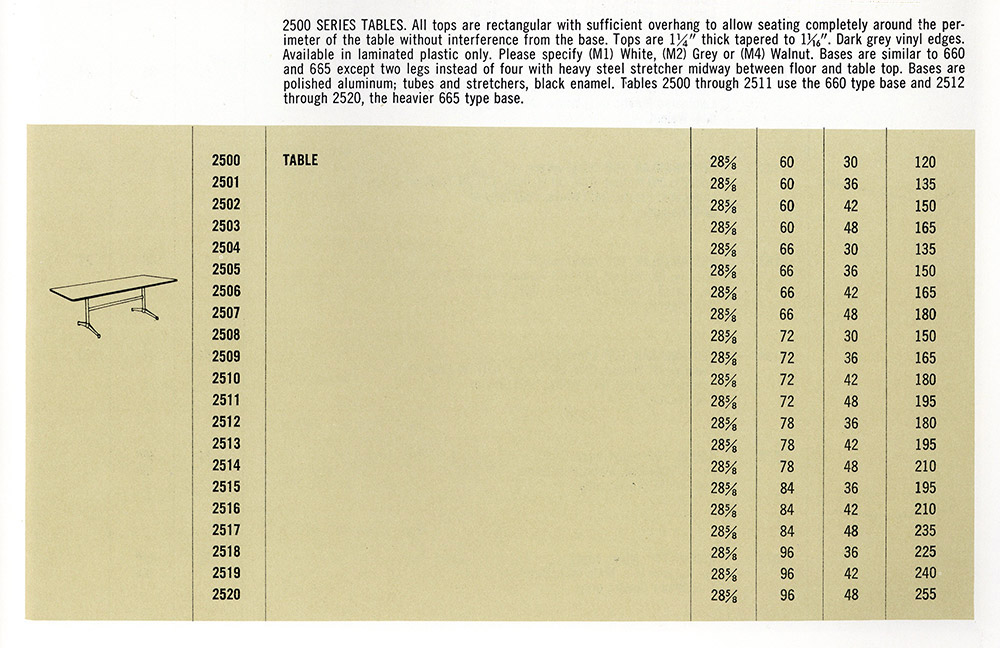 Extract from the 1964 Herman Miller catalog showing the entire 20 table options of the Eames 2500 parallel leg conference and work tables.

With white or grey plastic laminate and natural Walnut, the tops were not made in a great number of available finishes but, once again, they would have been available to customize.

The 1964 Herman Miller catalog illustrated the series from the side and with top down views to show the varying choices to the buyer. Note in the catalog extract below the series reduced to the 18 choices: 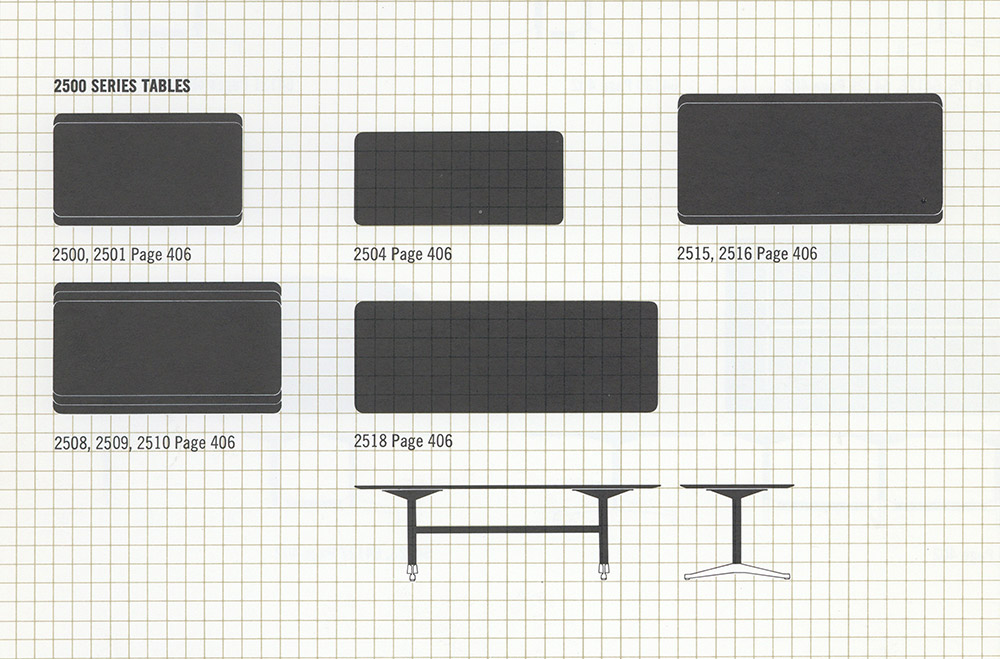 1964 Herman Miller catalog extract displaying the series from the side and from top down, to illustrate to the buyer the available options (now 9) 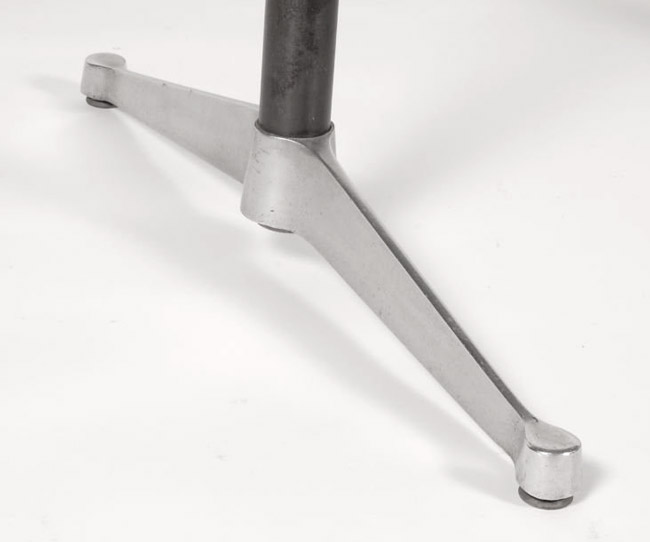 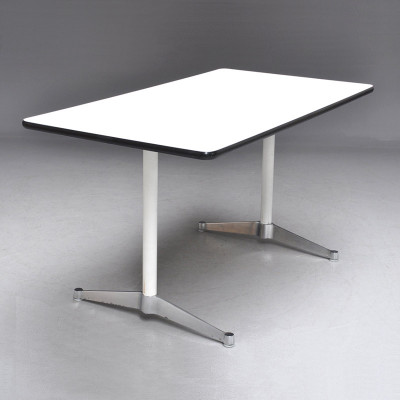 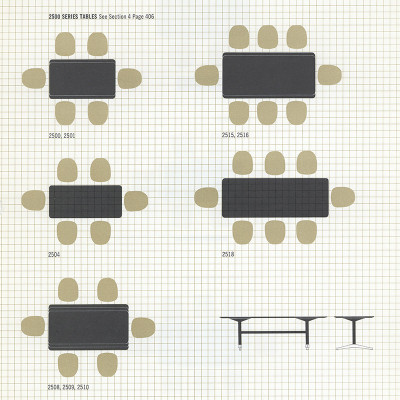 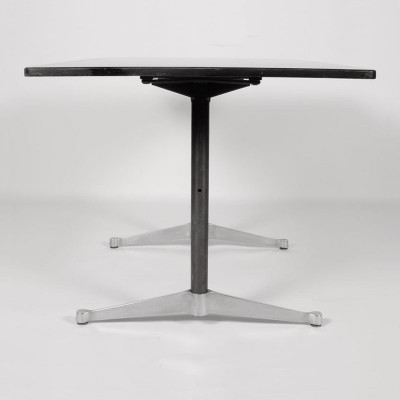 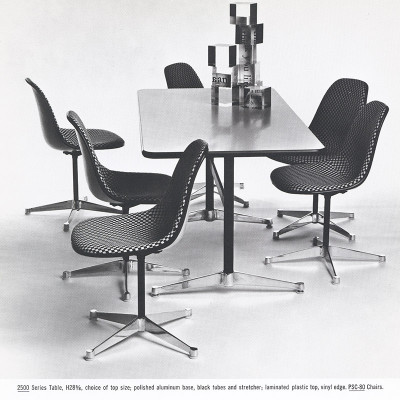