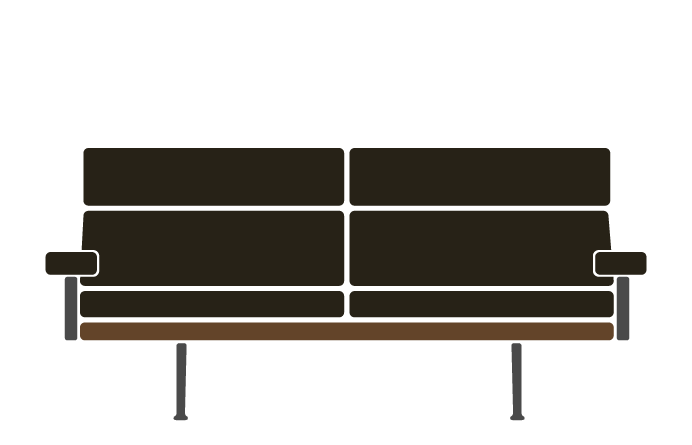 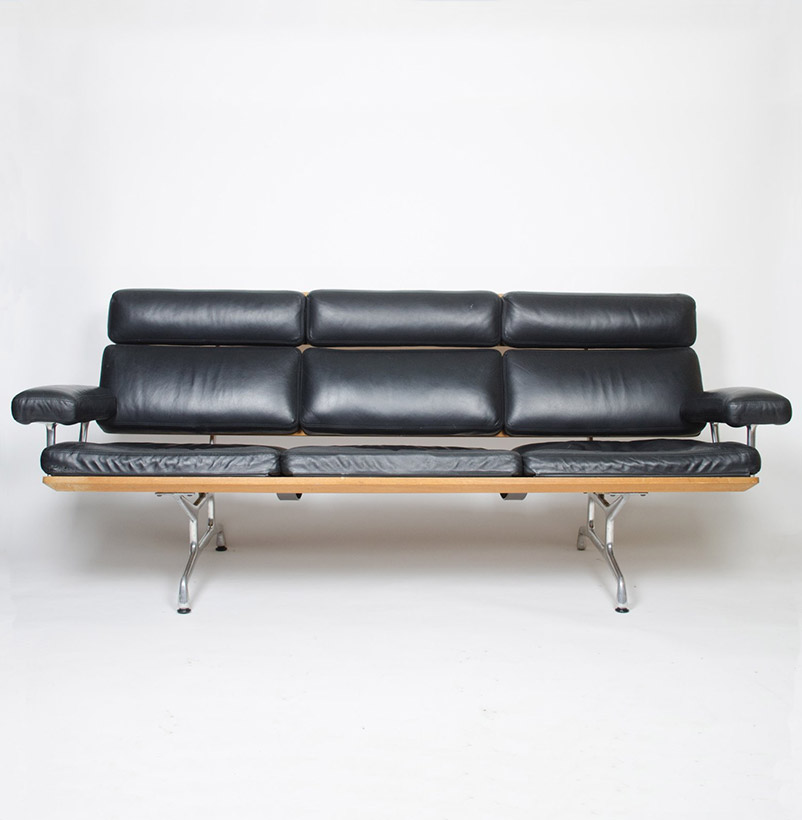 The Eames Teak Leather Sofa was the final furniture design of the original Eames Office to be put into production and was posthumously released in 1984, some six years after the passing of Charles Eames. Released in both 2 and 3 seat sizes, the teak sofa’s wonderful aesthetic combination of leather and wood can be described as a fitting end to the furniture legacy of Charles and Ray Eames.

Design work for the Eames Teak Sofa began back in the mid-1960's, but the project saw constant stoppages which meant it was not completed until 1984. It was hampered by costs as well as the modest sales of existing sofas.

The design was very much a fusion of the best of the ‘Sofa Compact’ and the ‘3473 Sofa’ as well as the Aluminium group. It has 2 identical die-cast aluminium legs which extend up the back and featured 2 sections of 1-piece teak or walnut for the back rest.

The initial design was to be without arms, like the 3473 and Compact Sofa, but these were eventually crafted to the design and they perhaps drew inspiration from the Time Life or Lounge Chair and certainly added the feel of extra luxury to the piece. 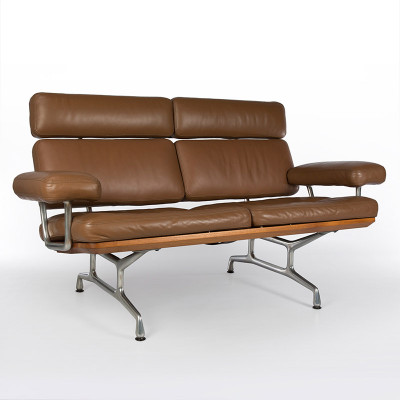 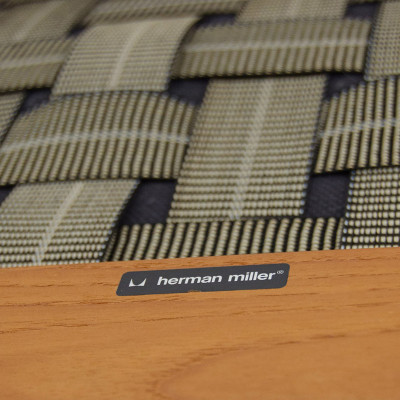 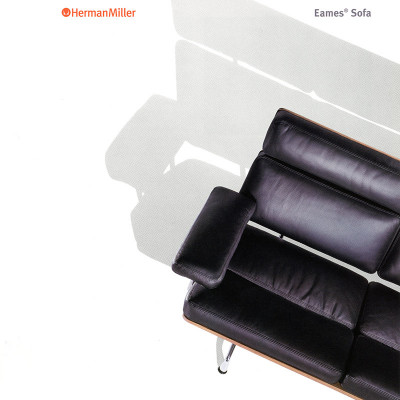 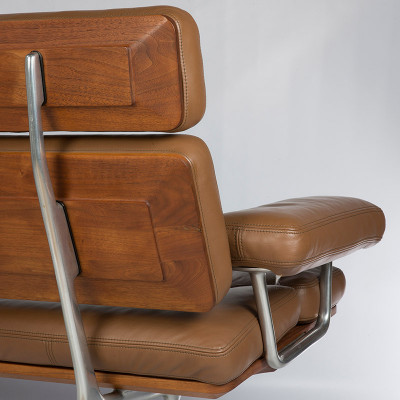 Rear image of the Teak paneling on the sofa 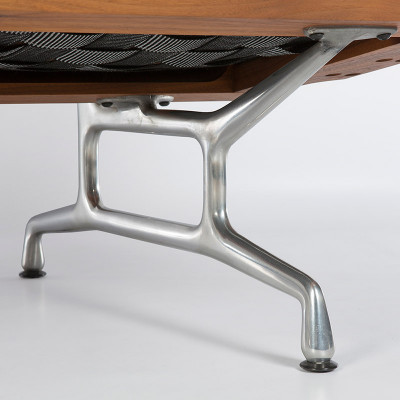 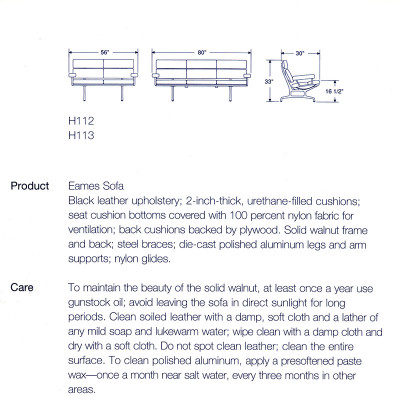 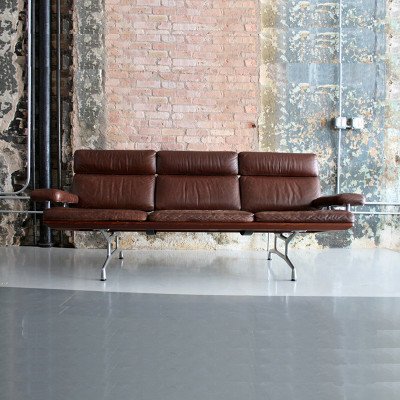 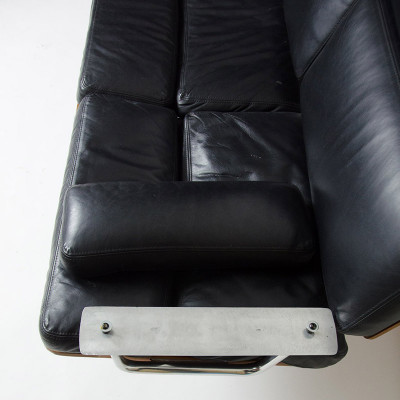