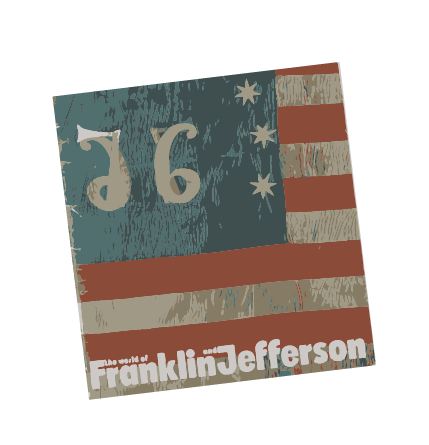 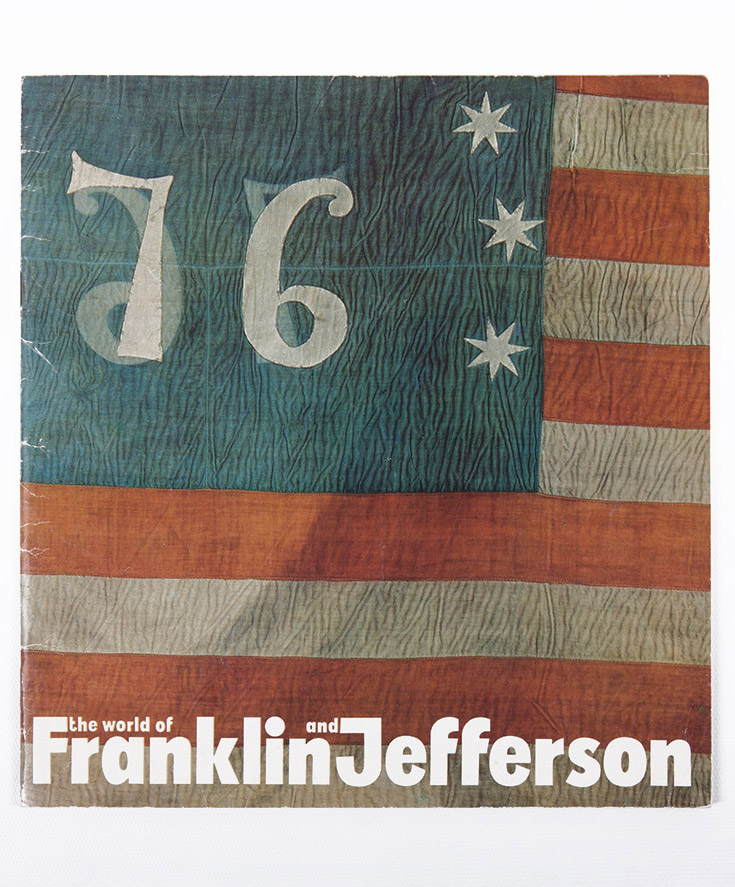 The 1976 book titled The World of Franklin and Jefferson, was a companion book produced by the original Eames Office to accompany the exhibition of the same name which toured Europe and the US from 1975 until 1977 to celebrate the bi-centennial (200 years) of American Independence.

By the mid 1970's and the Eames Office was very much focused on producing high level exhibition content and films rather than the furniture designs of its earlier days. The sheer quality and complex layers of information, along with the very bold, modern and visual way they were able to display it, was the reason for their great success. The 1976 exhibition was run with the Modern Art Museum of New York, via a grant from IBM. It was intended to showcase the founding fathers Benjamin Franklin and Thomas Jefferson.

Three years of dedicated research went into the project and included photography, history, historical artifacts, documents and a whole lot more. But the exhibition was not merely focused on a mono like historical narrative but very much brought the lives of the subjects to life. It was able to give insight into whom they were as people, including their friends, acquaintances, family and even enemies. The book was a condensed version of the exhibition. The exhibition started in Europe in 1975 showing in Paris, Warsaw and London before going on to the US and ending in Mexico in 1977.

The book was originally 28 pages, with the revolutionary flag as cover, for the Europe leg of the tour and was printed in English, French and Polish. When it arrived into the US the book was expanded to 78 pages and the cover changed to a mostly white 'shutter' like block image of Franklin and Jefferson. A souvenir timeline was also a handout from the exhibition. 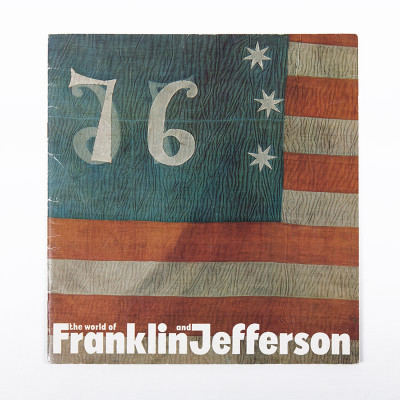 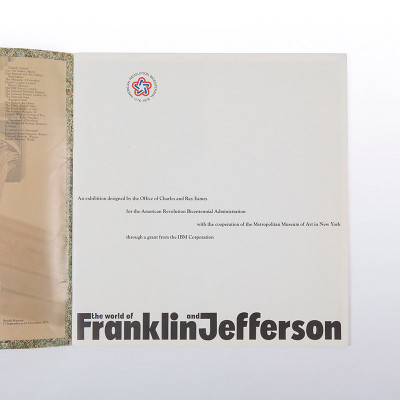 The inner cover of the Franklin Jefferson book detailed the collaboration between the Eames Office, IBM and MOMA 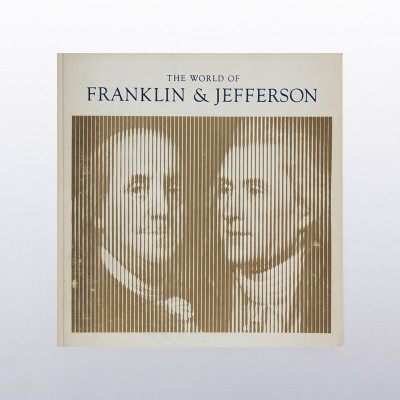 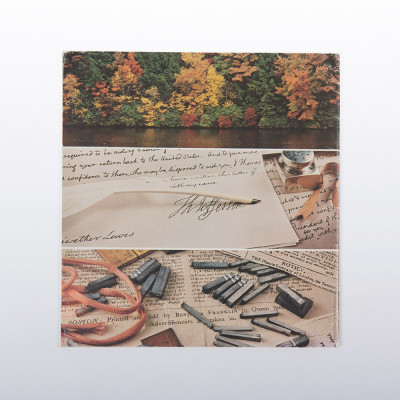 The rear of the European book cover featured a montage of slides, including a signed letter and New England scene