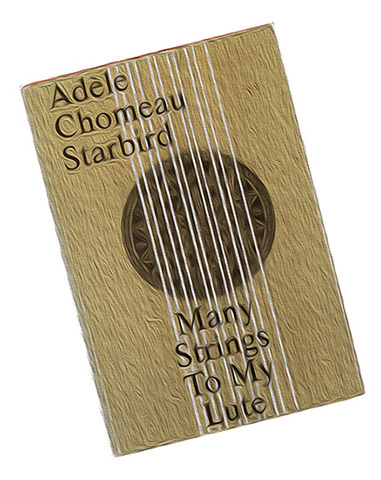 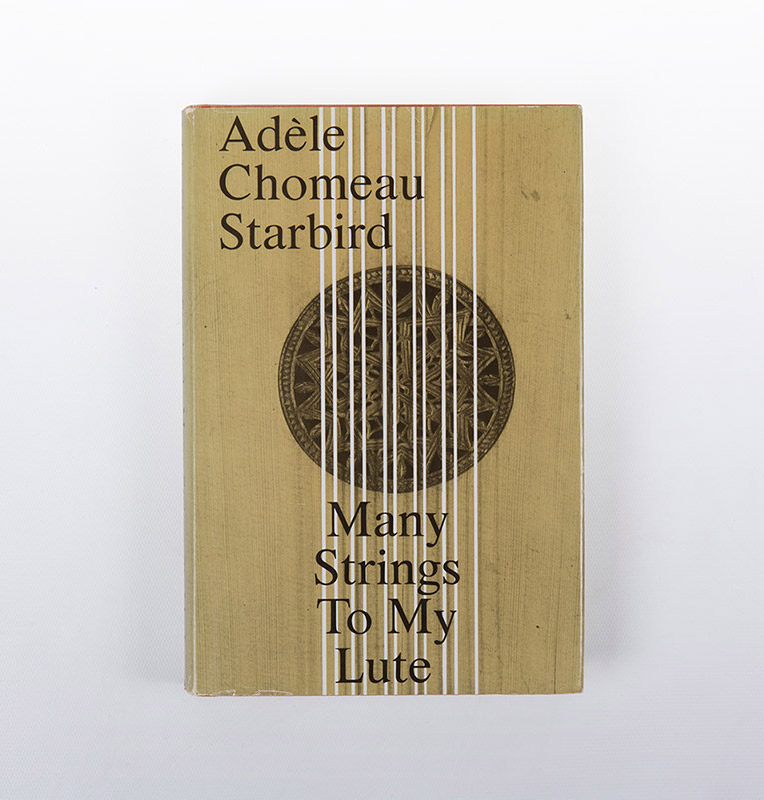 Published in 1977, 'Many Strings To My Lute' written by author Adele Chomeau Starbird, featured a little known cover design by Charles and Ray Eames. Subtle and understated, the Eames artwork for Many Strings To My Lute does well to match the reference to the Lute in the title, without distracting one’s attention away from the book itself.

Whilst the direct relationship between Charles, Ray and Adele Starbird cannot be determined, it is clear by the message inscribed on the inside cover (Cover from Charles and Ray Eames with love') that the design was most likely a gift between friends rather than anything commercial.

Born in 1891 to parents of French dissent, Adele Starbird would go on to have the most distinguished of careers. From teaching English and French in St Louis, to becoming a concert pianist, a writer, a columnist and Dean of Women at Washington University. For over 30 years Adele Starbird wrote columns for a major newspaper and the book is very much a mirrored reflection of her work from that time, and from all facets of life. The book's pages remain topical to this day and the critical acclaim to the volume was high.

The secondary purchase prices of this book tend to remain modestly low, especially considering the quality of the work. The fact that Charles and Ray Eames designed the cover is little known and unlikely (at this juncture) to have any bearing on the value. What does give added value to any book is of course it being first edition, and even more should the volume be signed by the author. 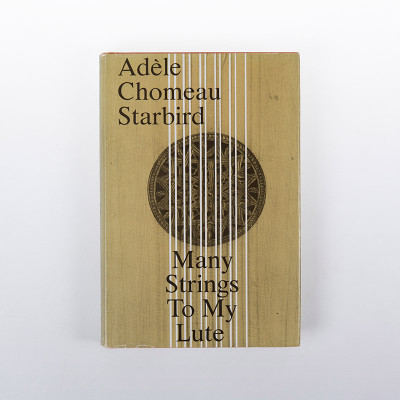 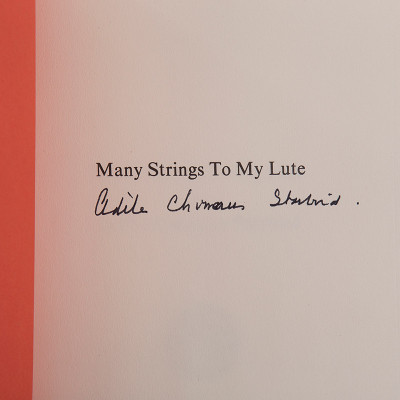 Any book, including this one, will always have a greater value if signed by the original author 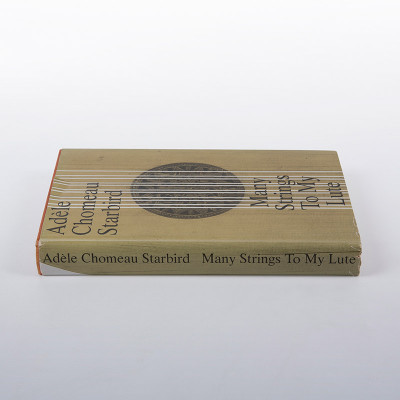 The cover design by Charles and Ray Eames wraps the front, spine and back in one 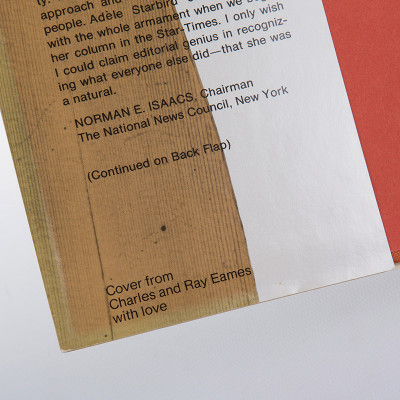