A rare example of a used, original salmon orange second generation Zenith by Eames fibreglass arm shell chair, completed with a used light ash RAR rocking base. This faded orange shell is highly desirable, and every collector will know that this gen shell is a must-have piece.

As this is a vintage shell, the faded orange arm shell does have visible signs of marks on the edges- although this should be expected with its age, the overall condition is good.

The rocking base is also in good used condition. It appears to be an aged Modern Conscience base who are an authorised dealer of parts for Herman Miller pieces. Further pictures are available upon request. 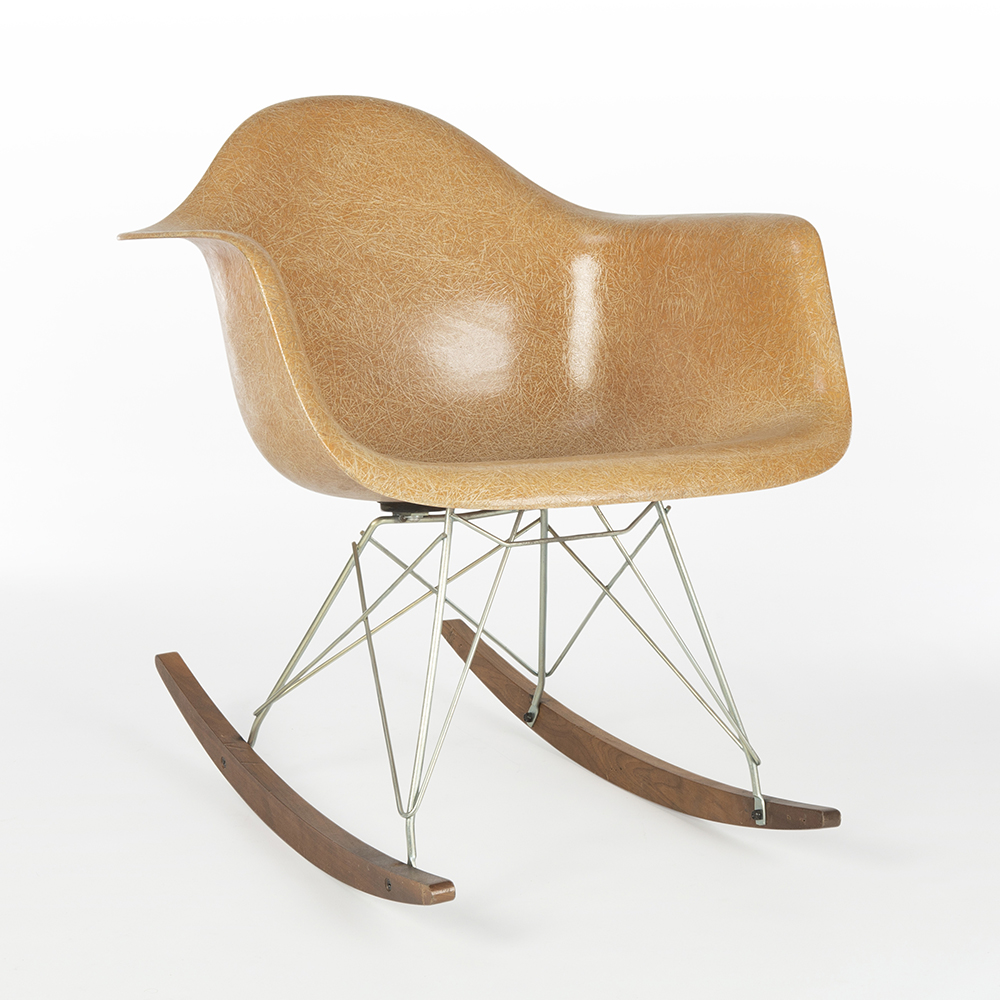 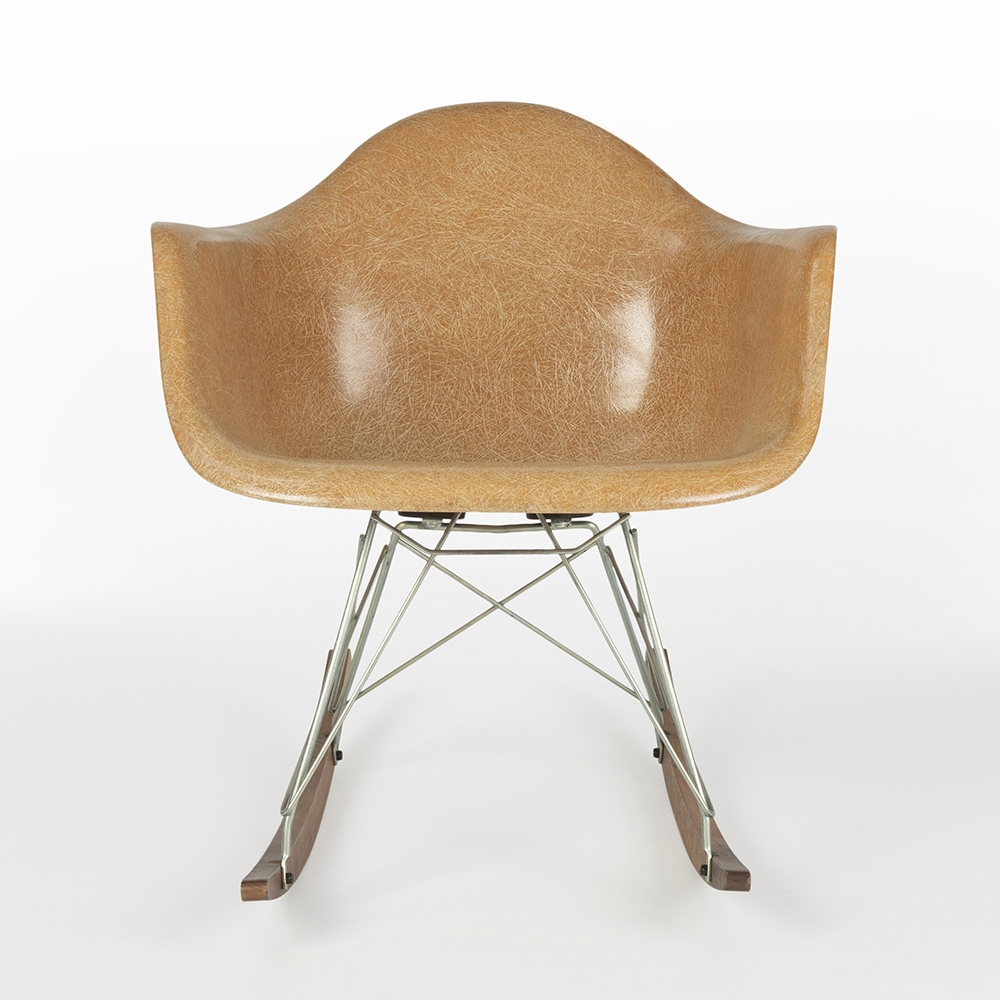 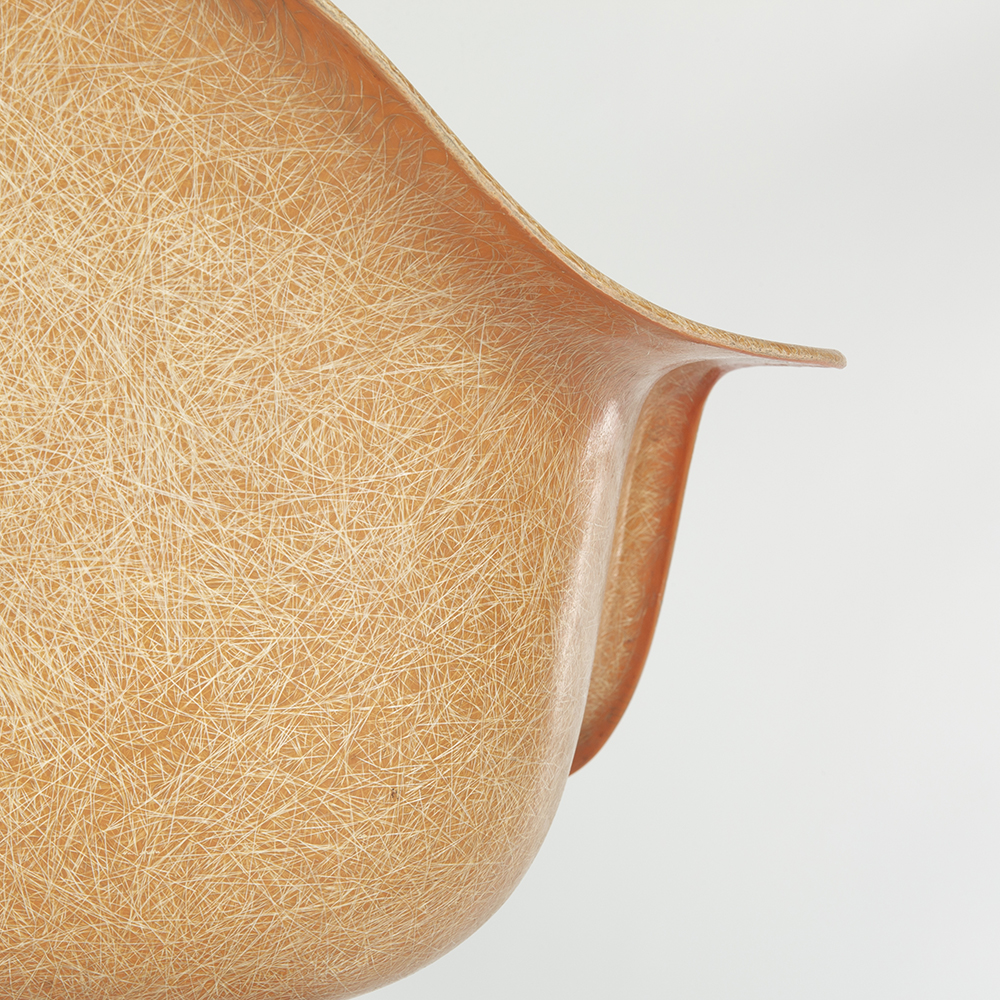 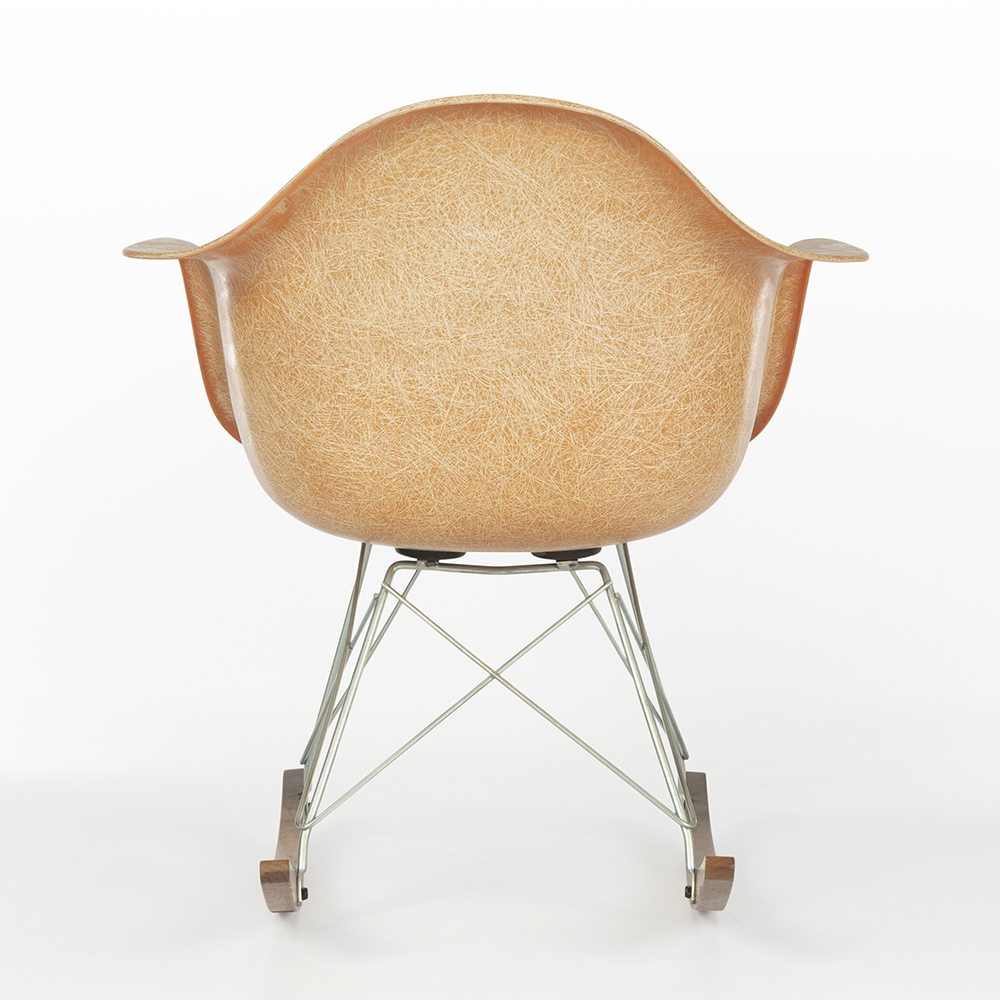 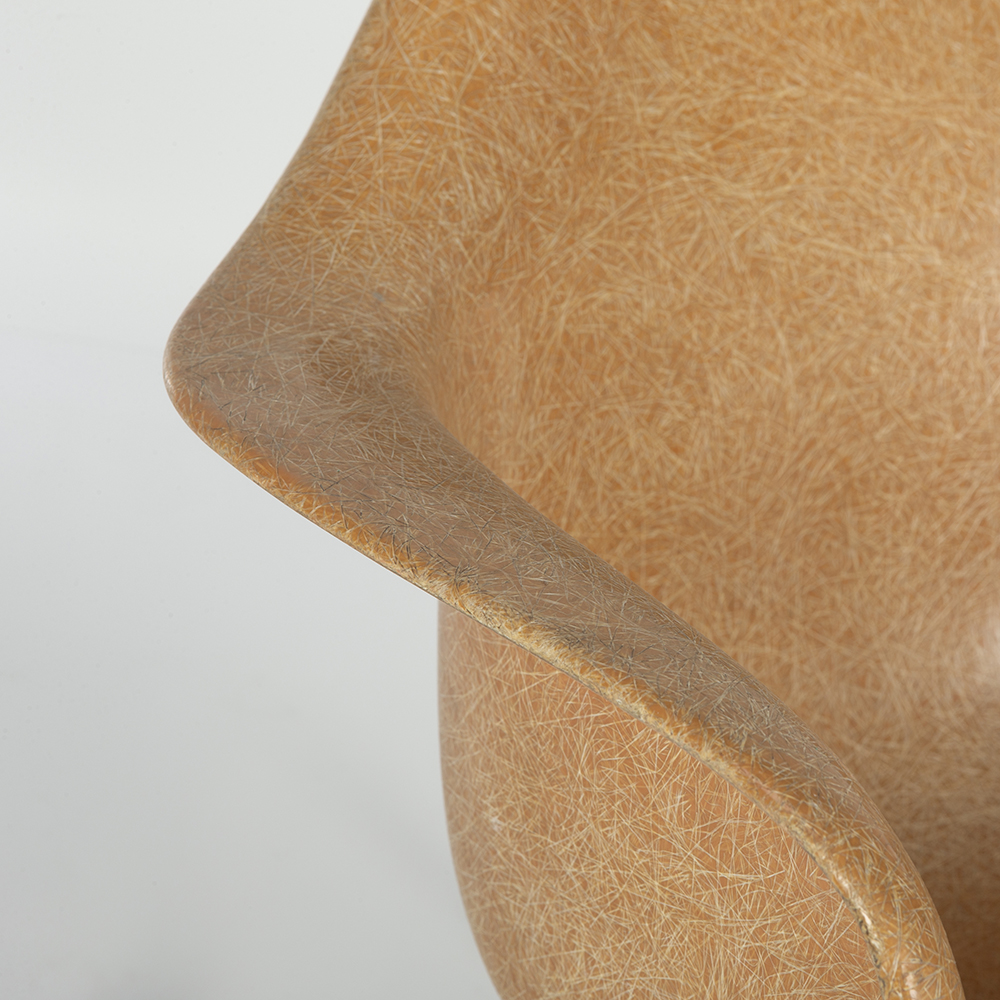 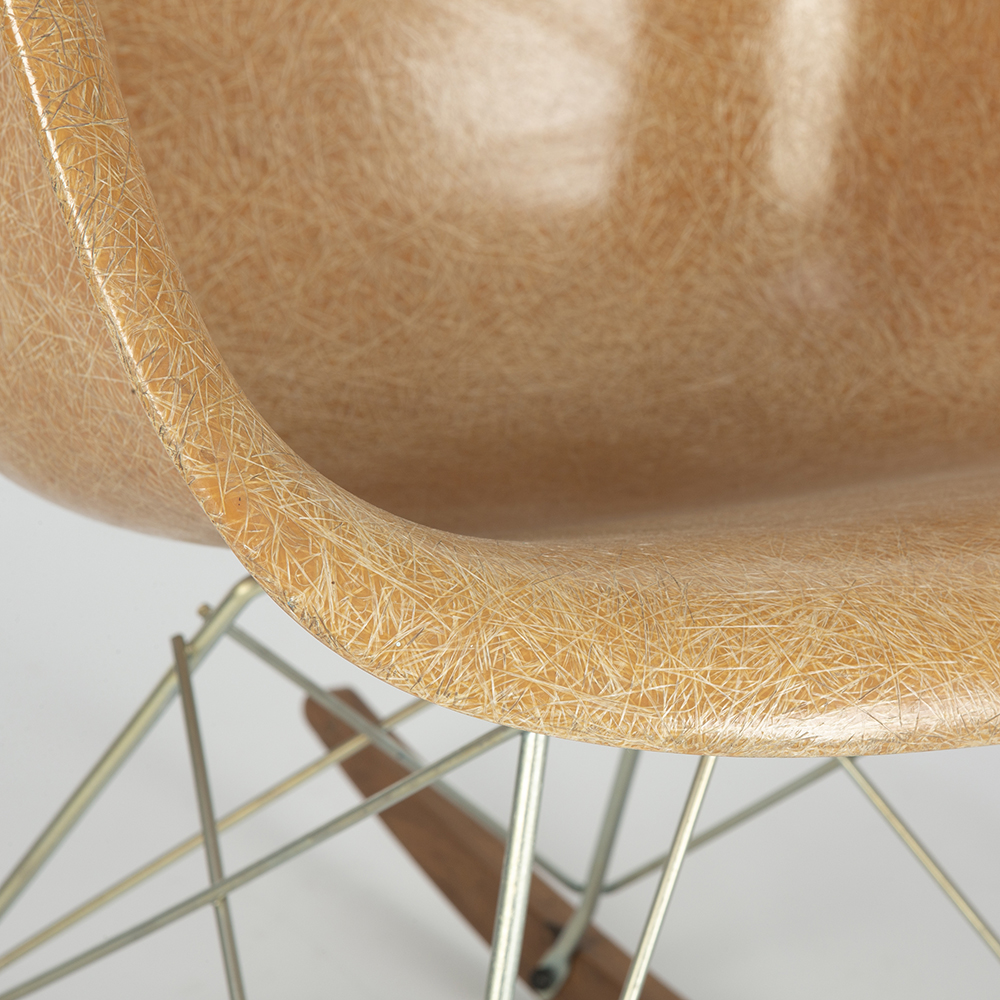 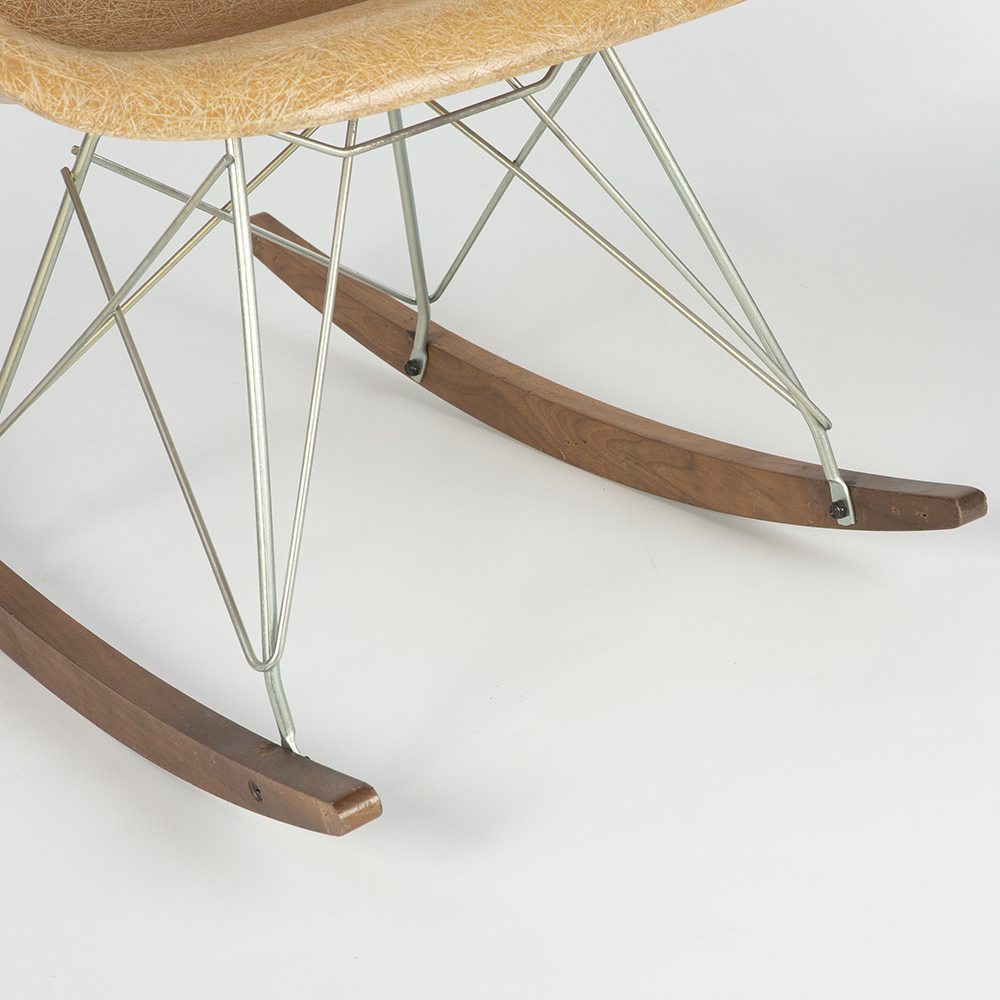 An example of a used, vintage buttermilk ochre Eames for Herman Miller fiberglass dining side shell...

The chair the Eames’s became famous for just got better. This original example of Herman Miller’s ‘W...