The iconic black original Eames ‘Soft Pad’ EA435 ‘low back’ Aluminum Desk Chair for Herman Miller is a fantastic statement piece and is ridiculously comfortable! The perfect home office or office chair, the Eames desk chair has stood as one of the most popular office chairs for nearly 60+ years and it’s easy to see why!

Literally an updated version of the original ‘ribbed’ version of the desk chair, the ‘soft pad’ version comes with the added cushions applied to the chair creating a more comfortable chair. Since this revelation, the chair – in various guises – has not ceased production since it was first introduced in 1968.

The Aluminum range from the Eames Office were a truly impactful design. Versions of the chairs are still used in many offices across the globe and the lounge style chair proves to be just as popular. With the introduction of the ‘Soft Pad’ series a good few years after the first Aluminum chairs were produced, the range has seen a steady dominance within the office based furniture division.

As used, newer, versions of this beautiful design, they are in a well-used but good condition. The arms and base do show some signs of its use but it is nothing more than is to be expected with some twenty year old chairs!

The label on the underside indicates these chairs were produced in 2001 by Herman Miller. 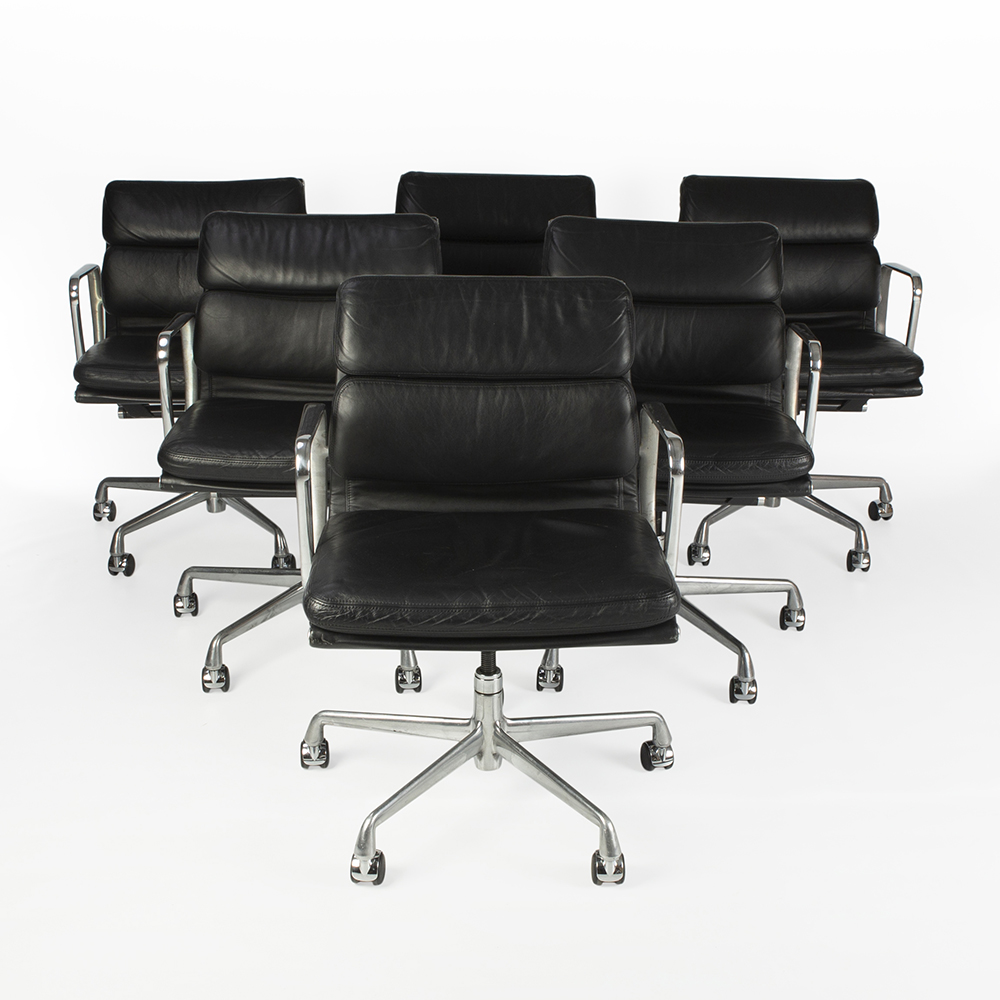 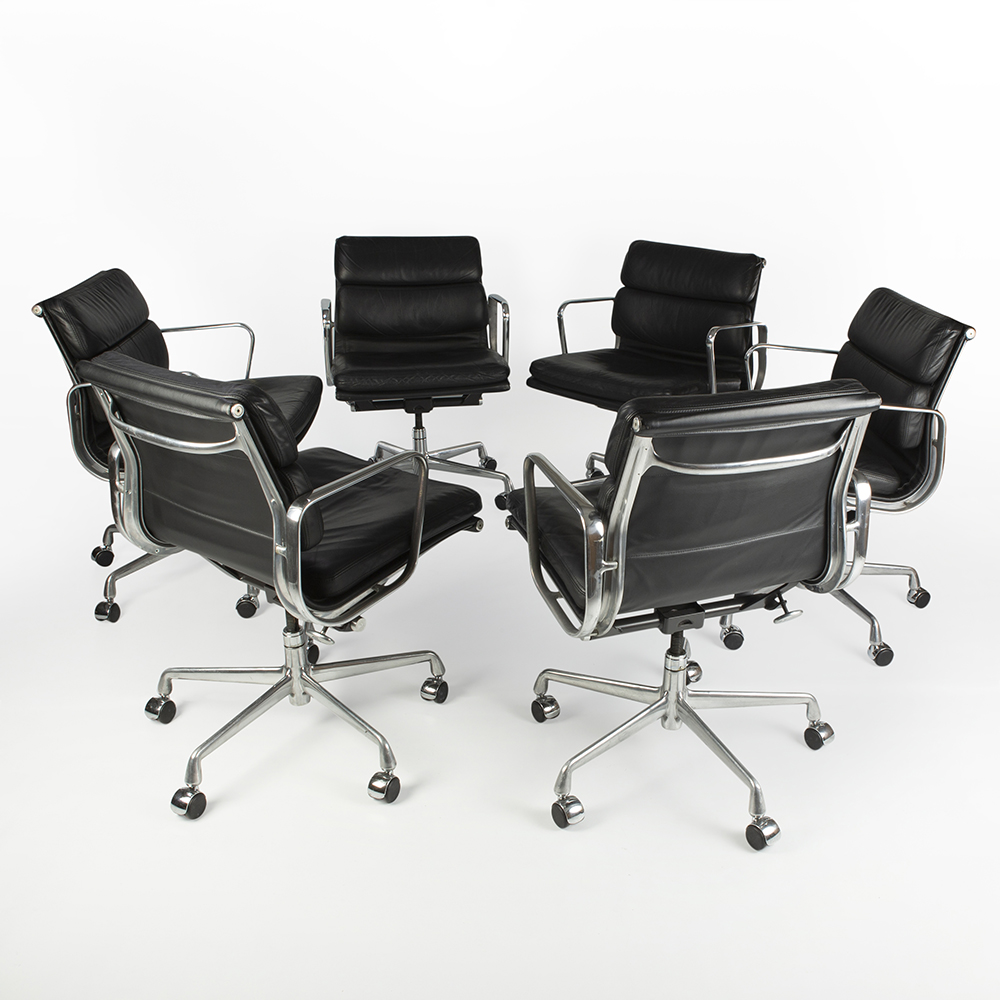 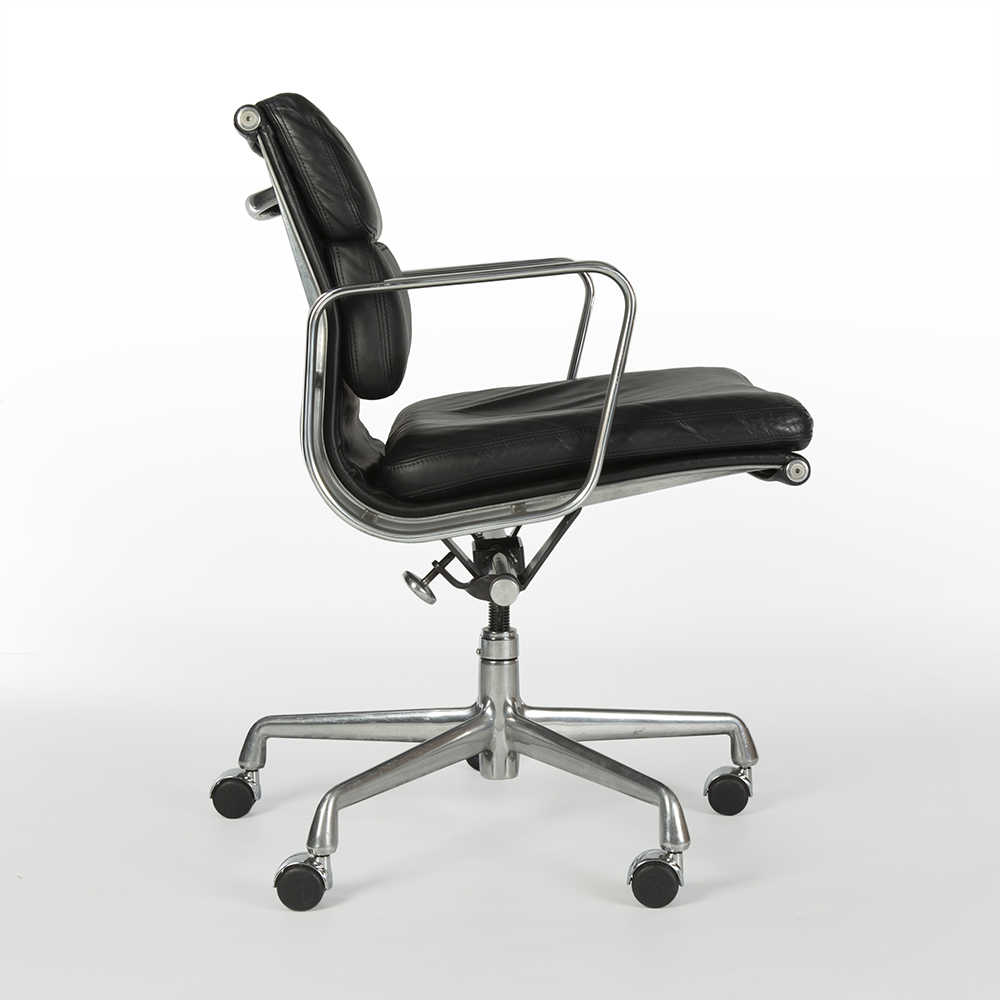 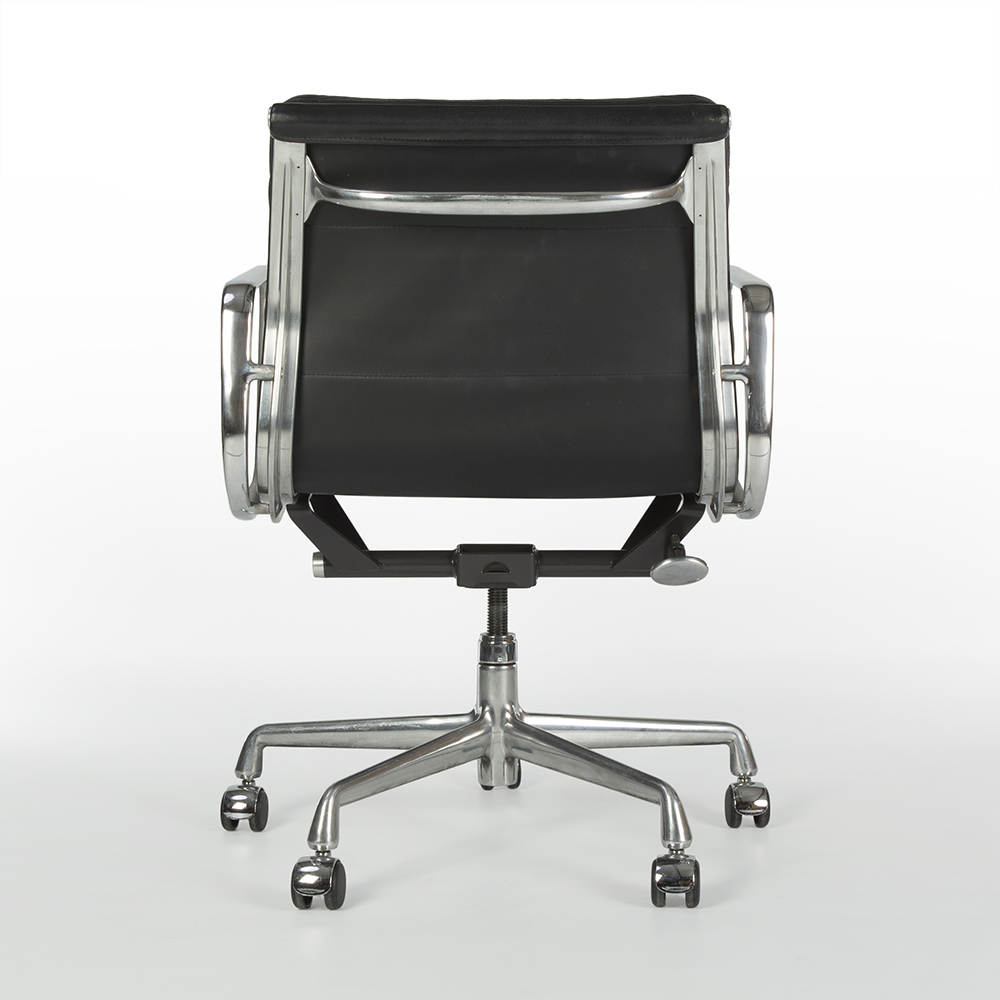 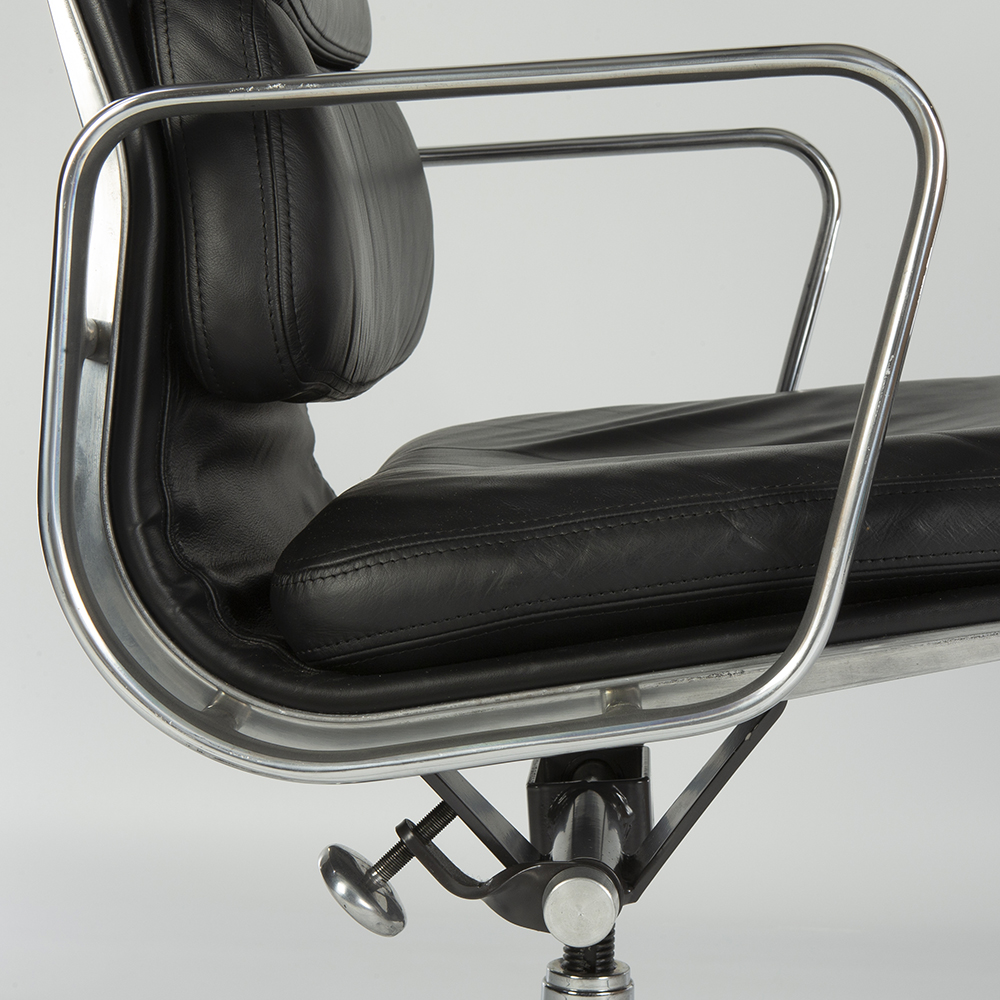 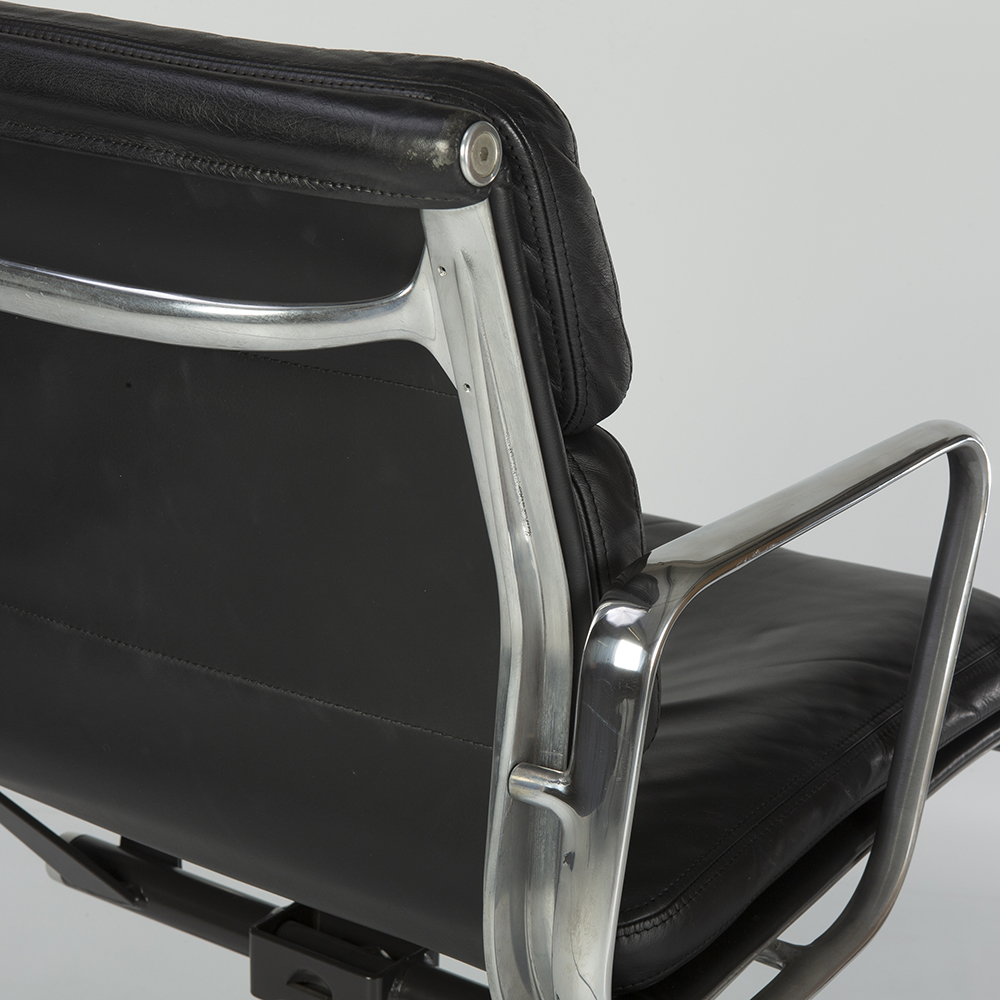 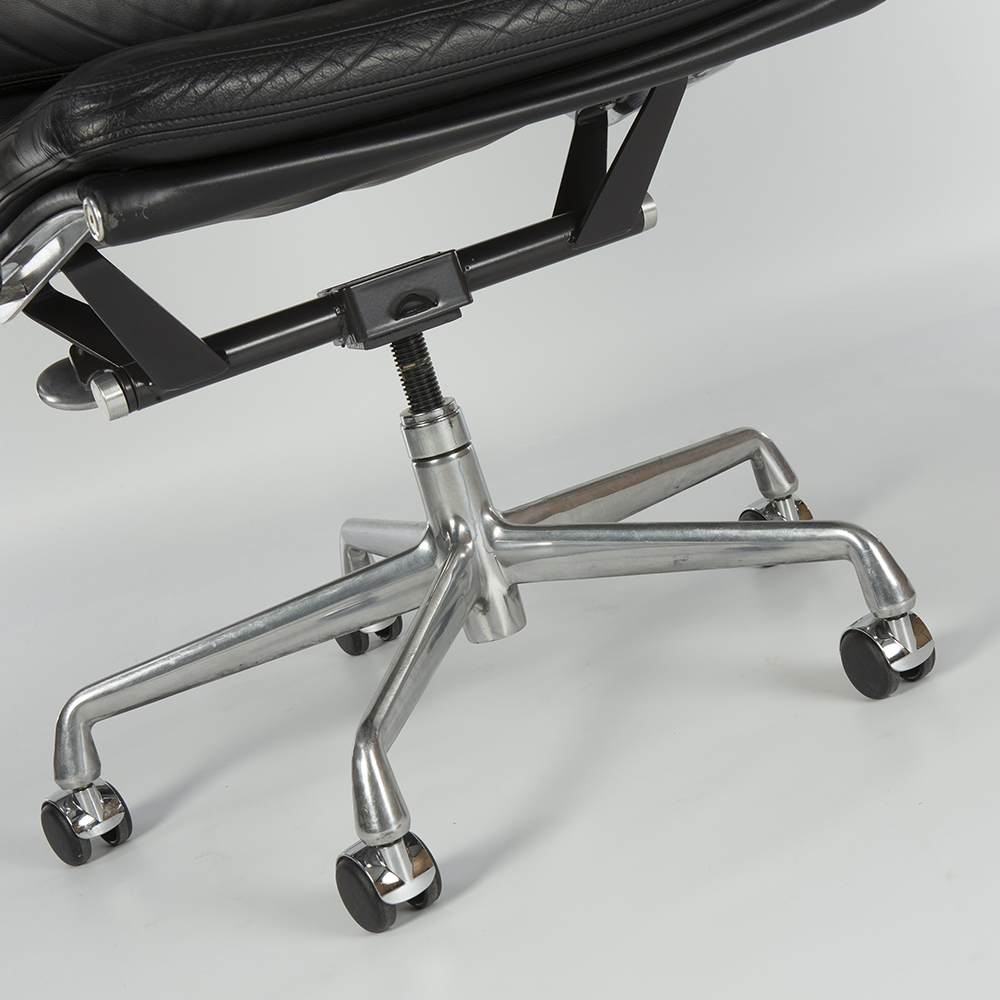 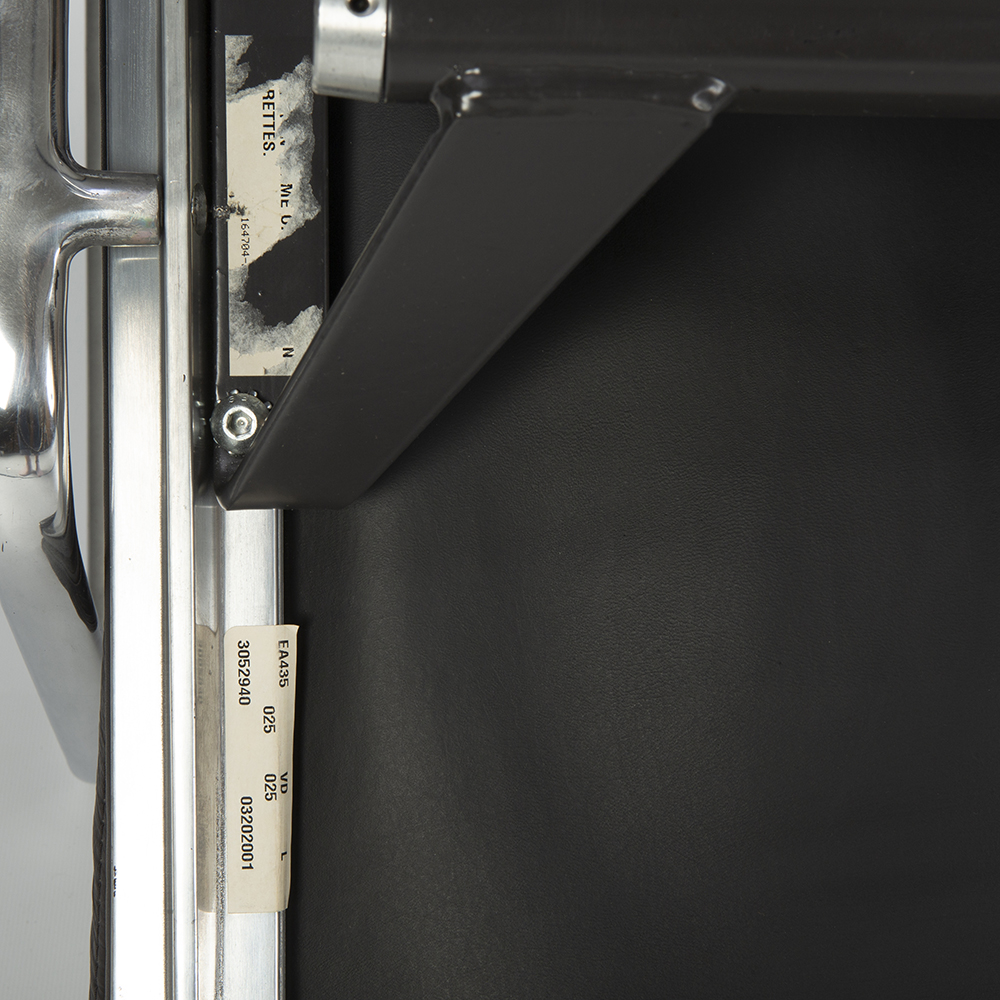 Some original, vintage orange Eames side shell chairs for Herman Miller look amazing on their used,...

This is an original, vintage, orange Eames side shell chair for Herman Miller which looks amazing on...