A striking example of an original, vintage darker ochre Herman Miller Eames dining side shell chair with a complimentary, iconic, new, used black DSW dowel base. This darker ochre has gorgeous fibrous details - it's not hard to see why it is a very good decorative piece to a modern interior.

This DSW chair does display minor marks due to its age. However, the dark ochre colour still maintains its vibrancy. This chair as a whole is in fantastic condition, and the newer black DSW base provides excellent stability.

The later Cincinnati Milacron logo suggests this shell production was manufactured around 1969-1978. 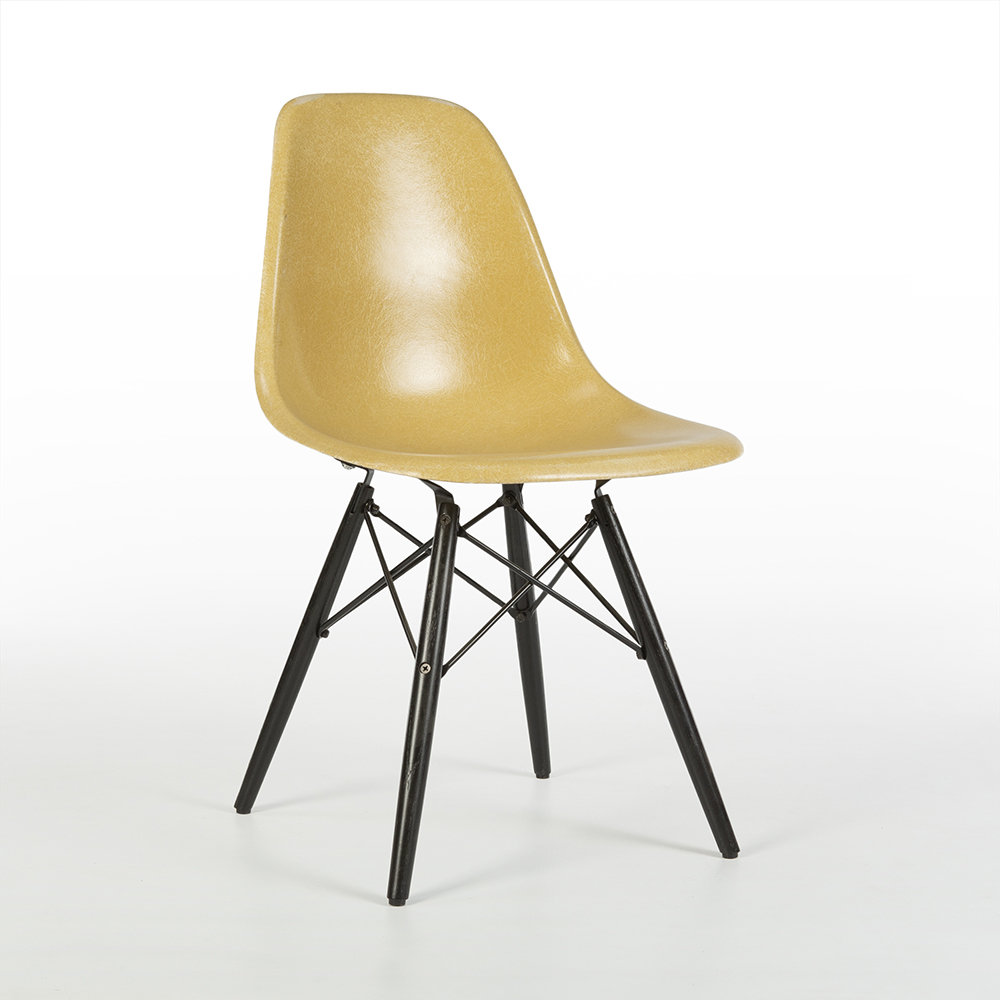 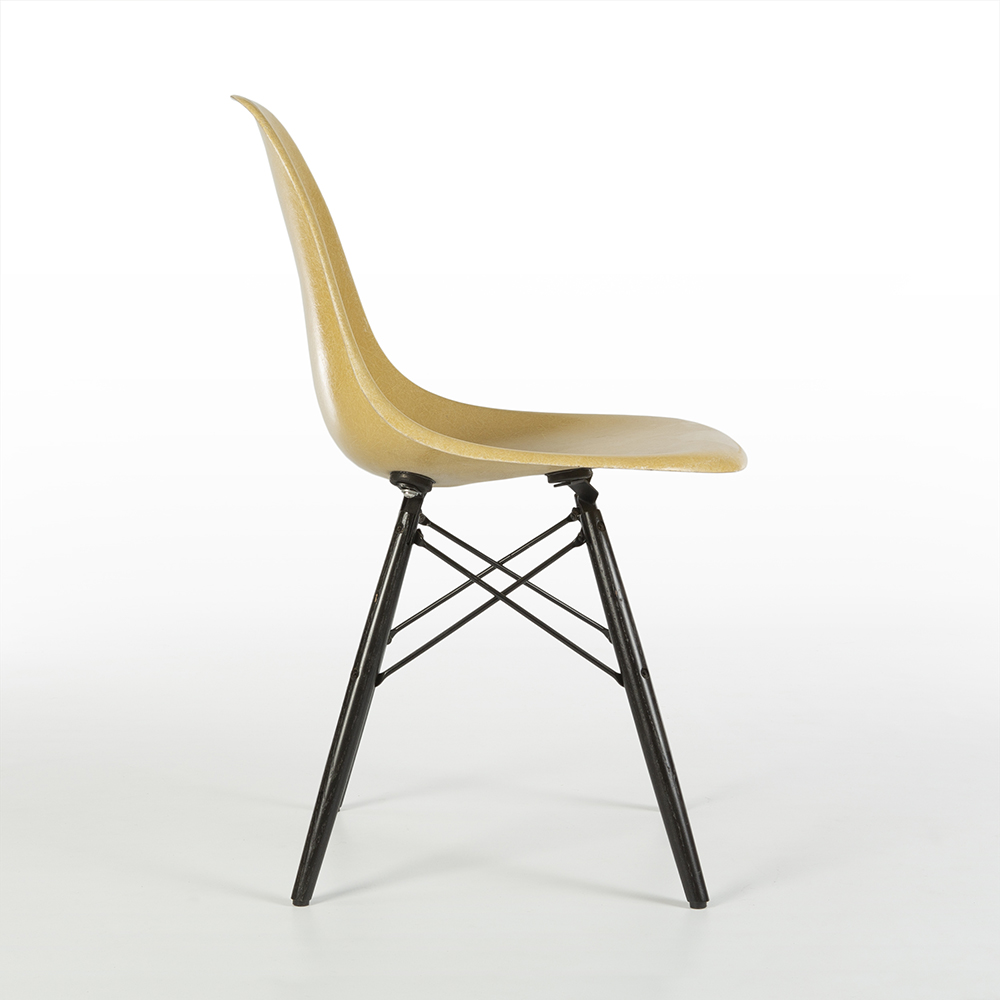 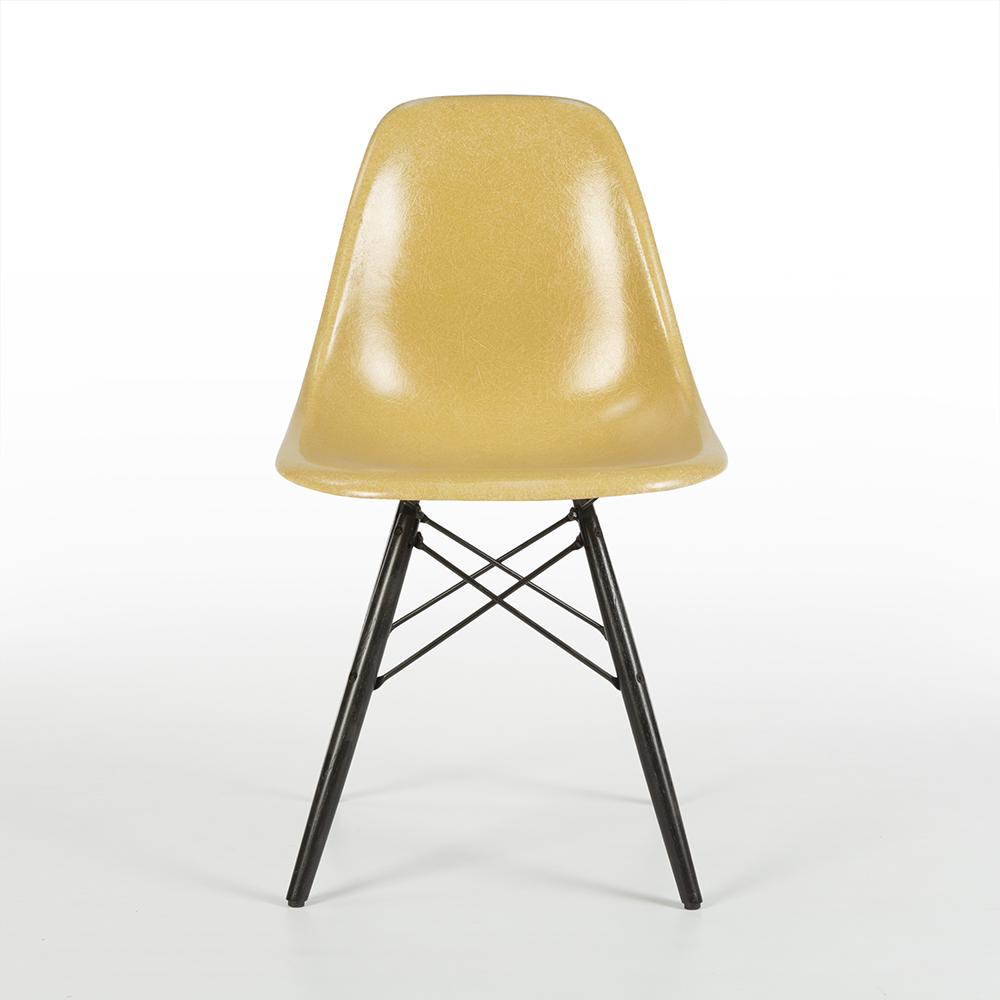 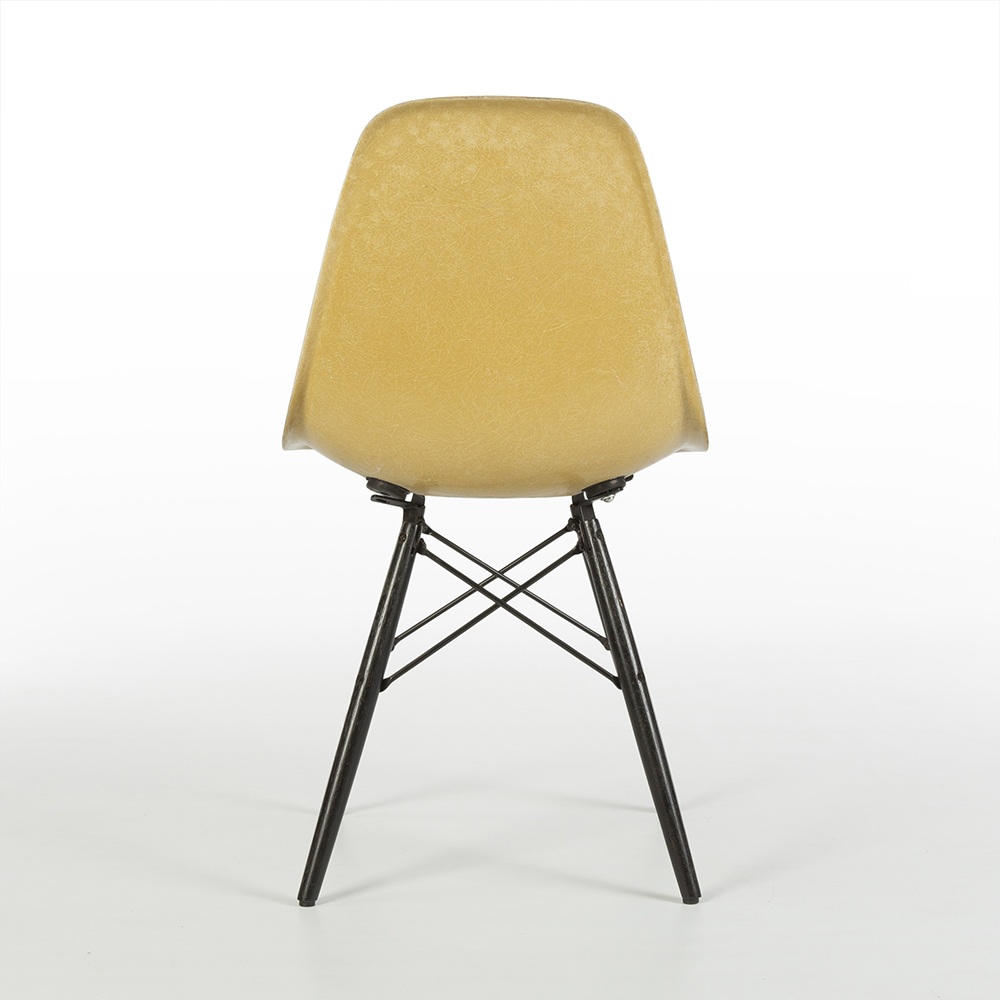 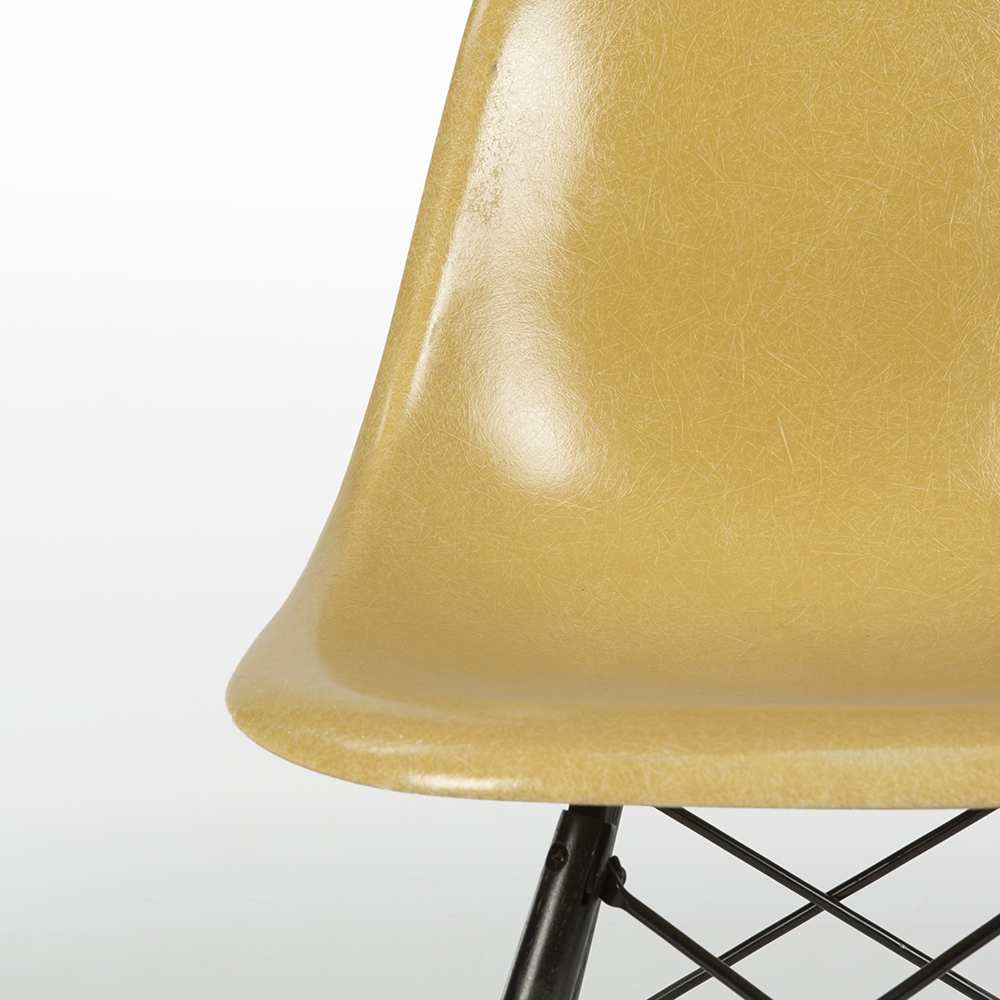 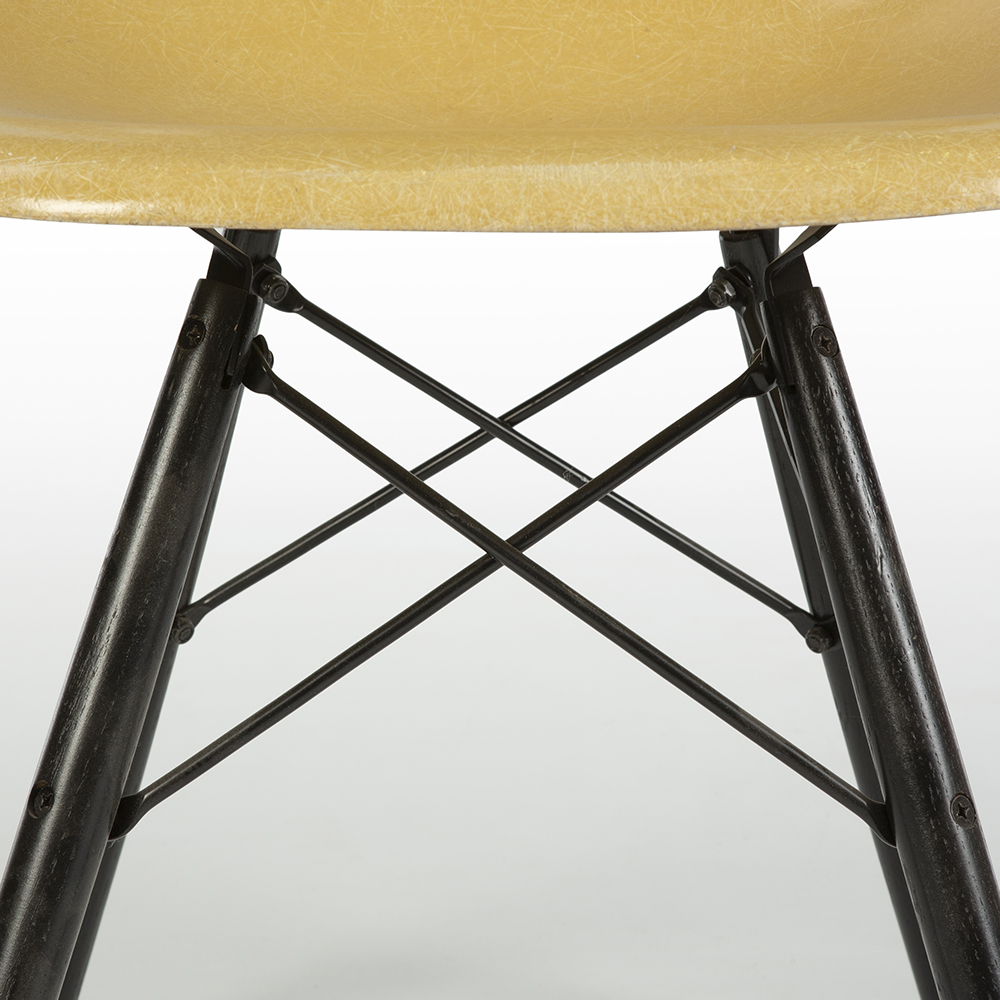 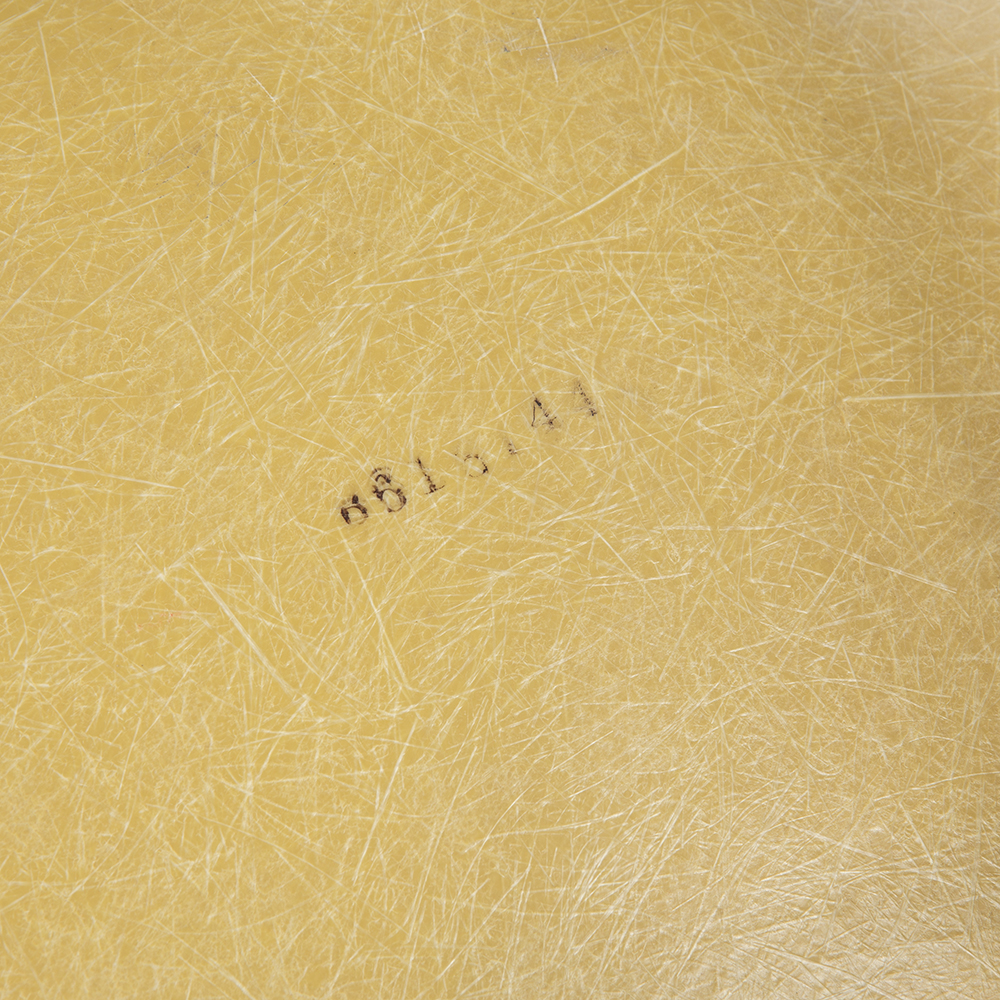 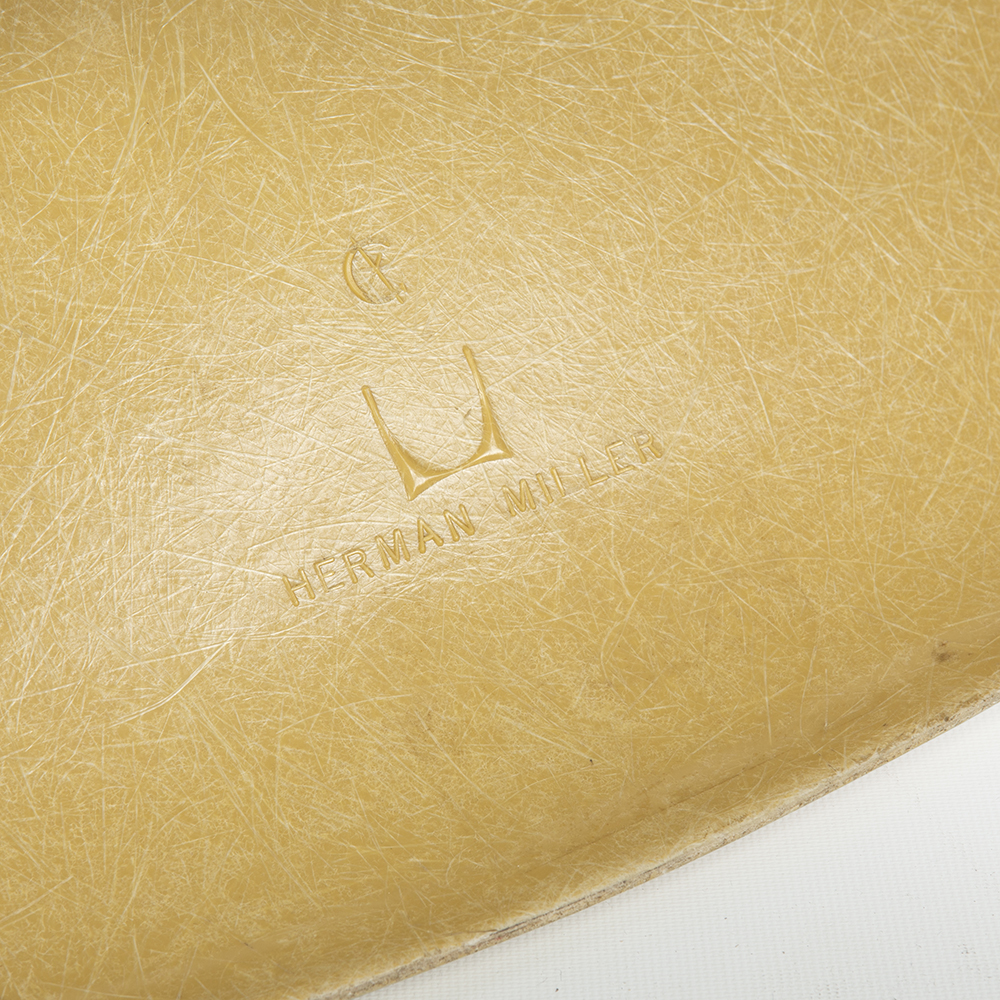 An example of a used, original Herman Miller Eames Wired DKR model side shell chair, paired with an...