An example of a used, original, vintage Parchment Herman Miller Eames fiberglass dining side shell chair, complete with a newer natural maple DSW 'dowel' base. This creamy parchment colour compliments the maple base, a perfect combination for anyone wanting neutral tones to their interior.

This parchment DSW dining chair is of a vintage age, with some signs of usage around the seating and edges, and there is a section where there is a professionally repaired crack visible on the left side (when sat in) curve of the backrest on the seating side. Being a lighter colour, there could be some ingrained age to it which may require further cleaning. Further pictures of the chair's underside and seating are available upon request.

The 'S' summit stamp on the underside of the chair indicates that it was manufactured around 1959-1989. 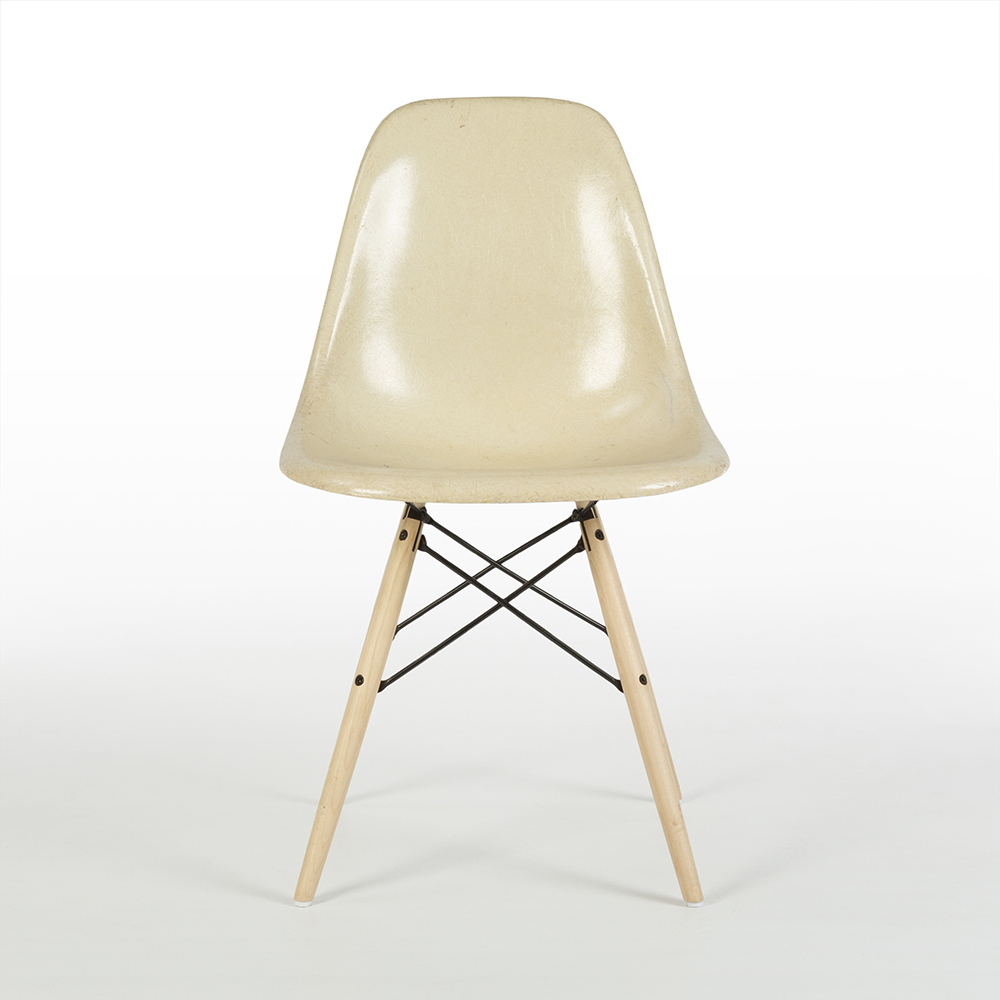 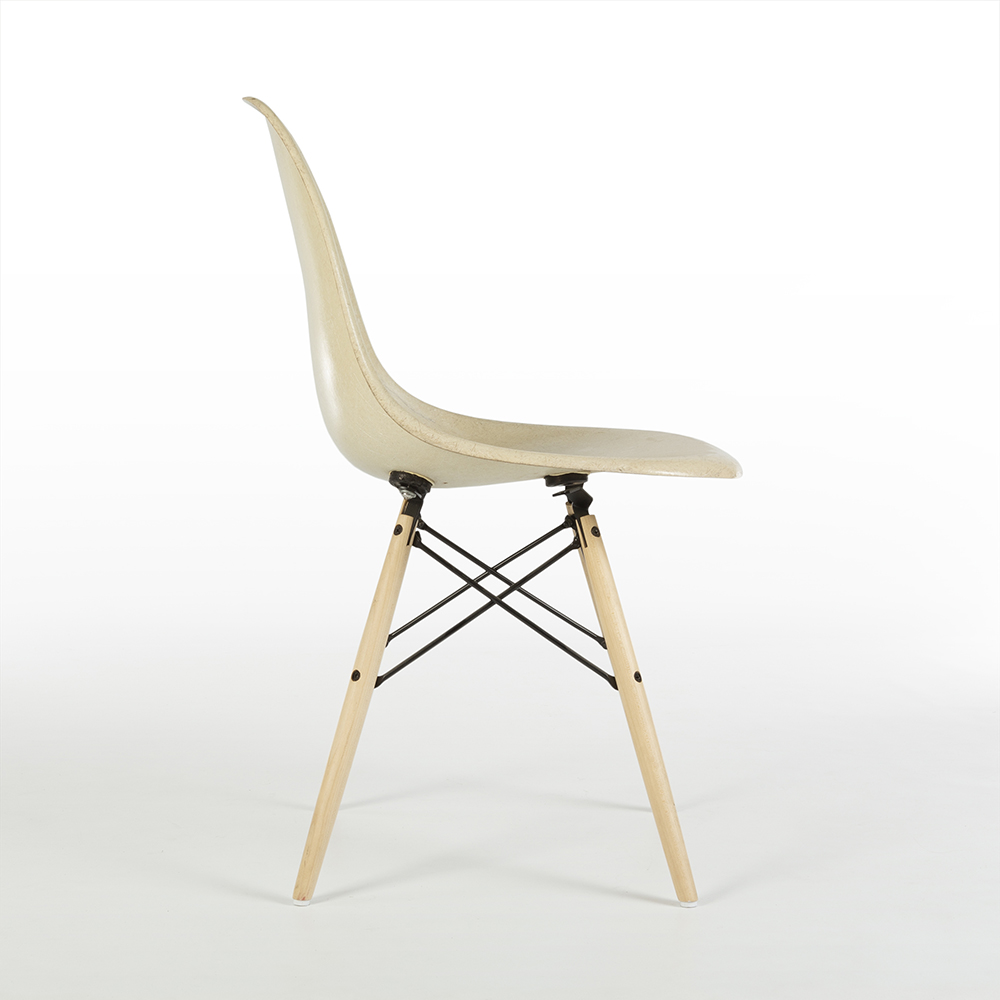 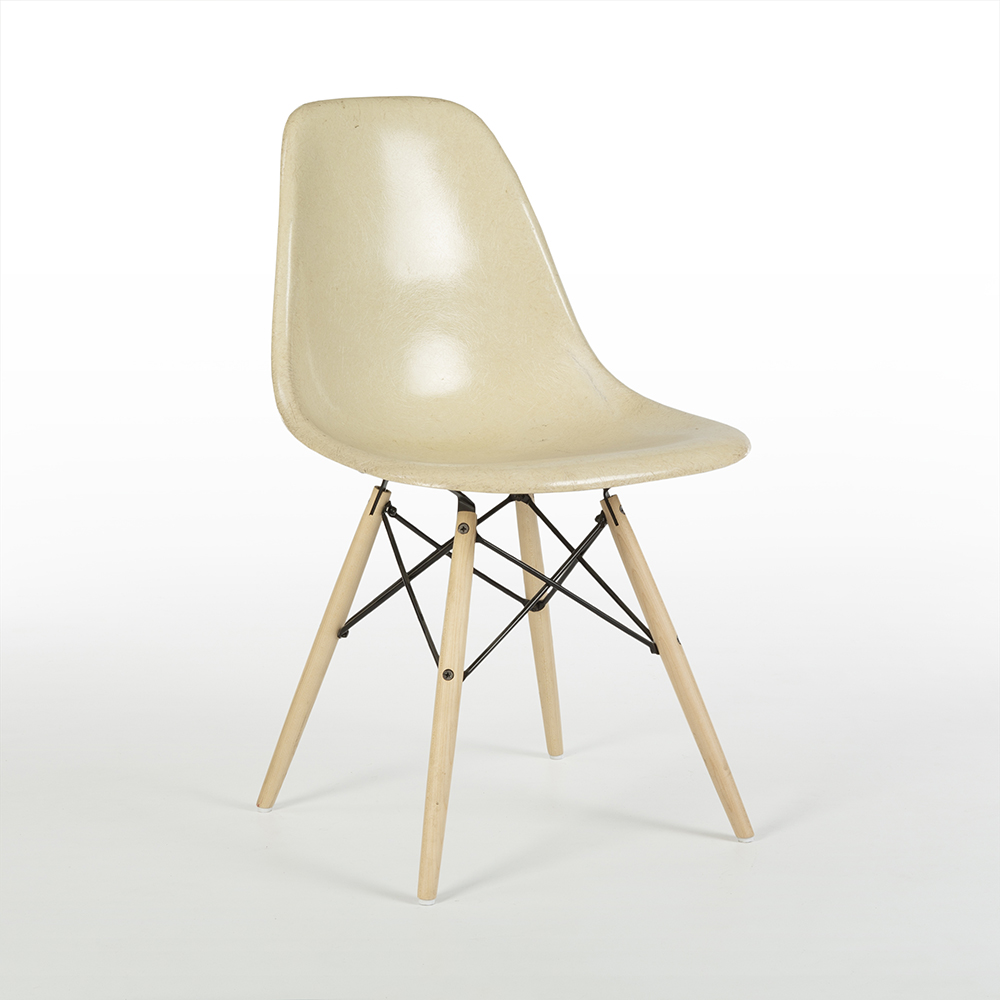 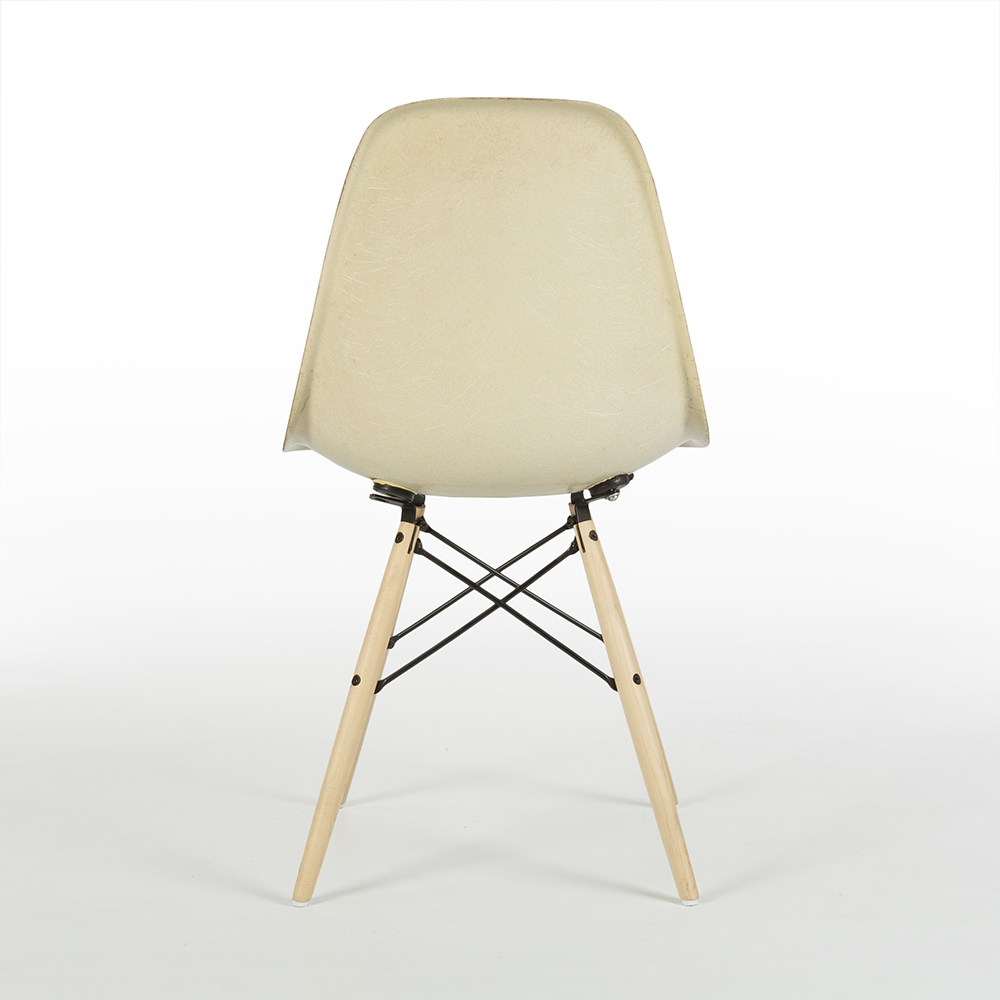 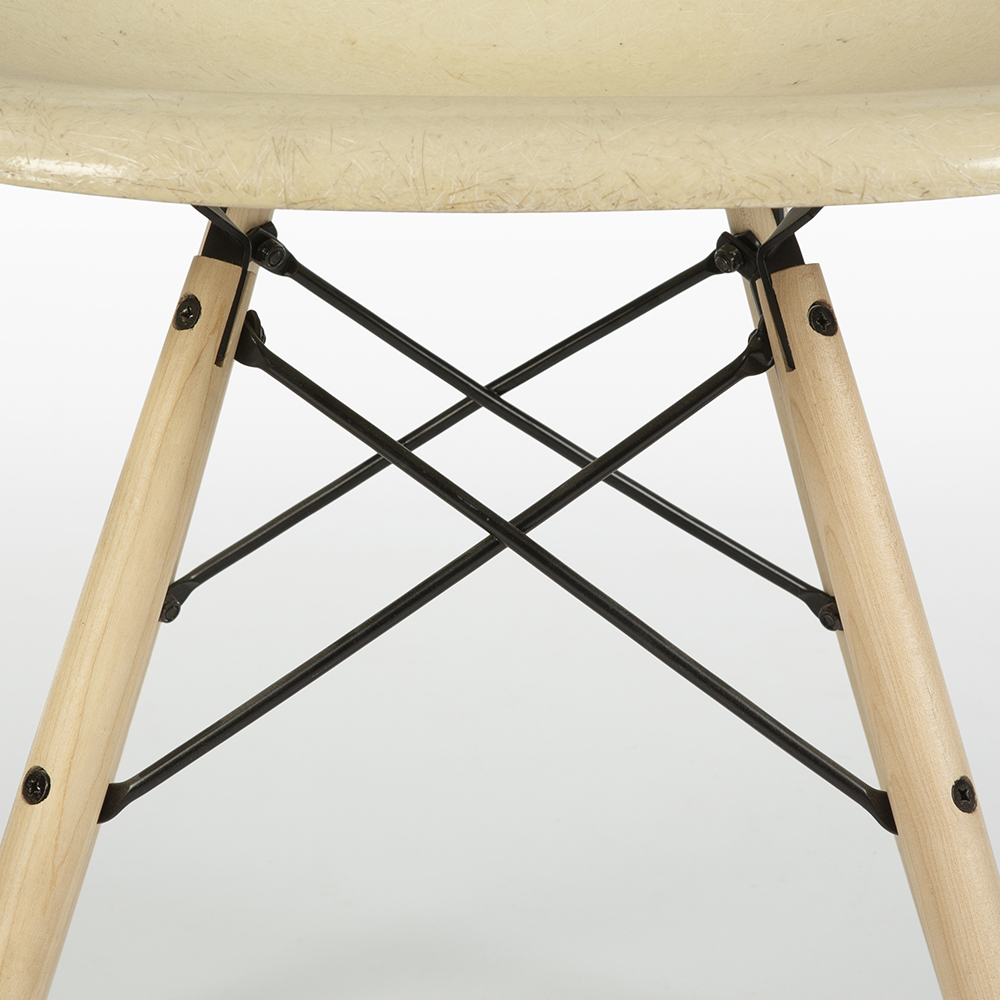 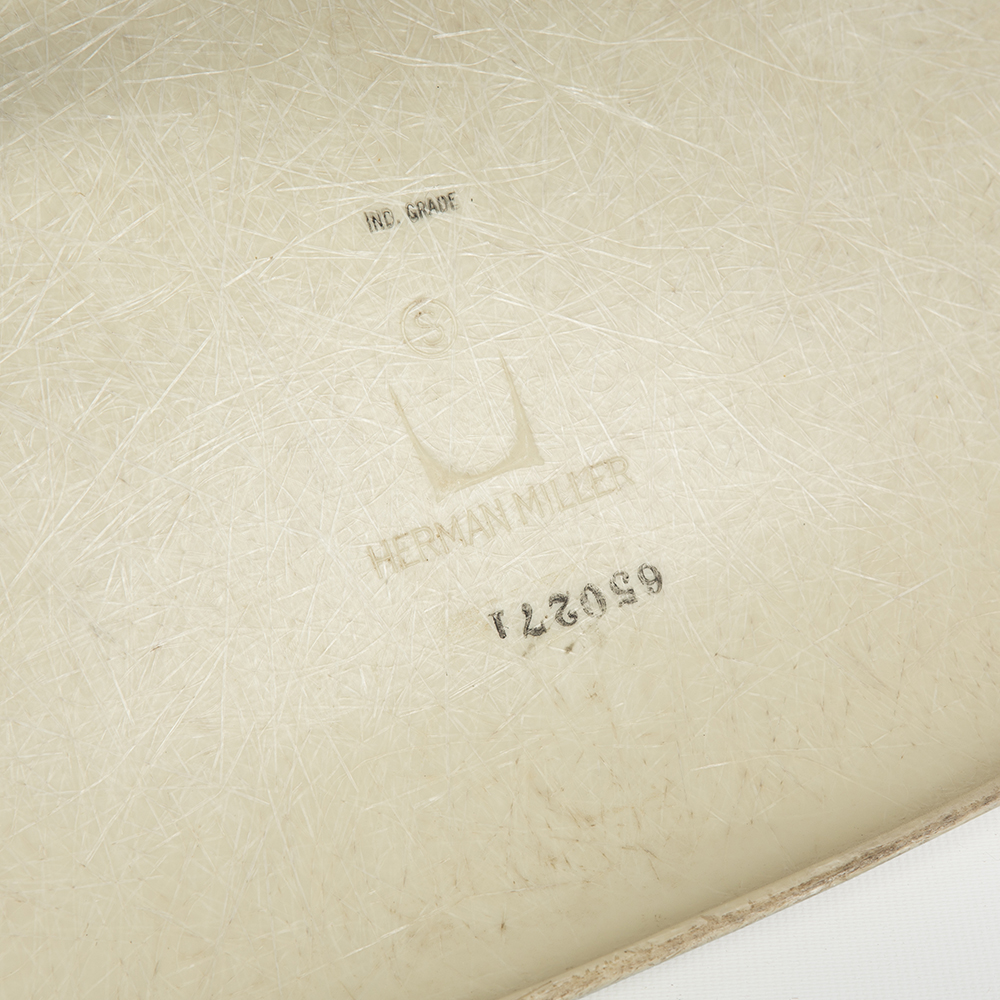 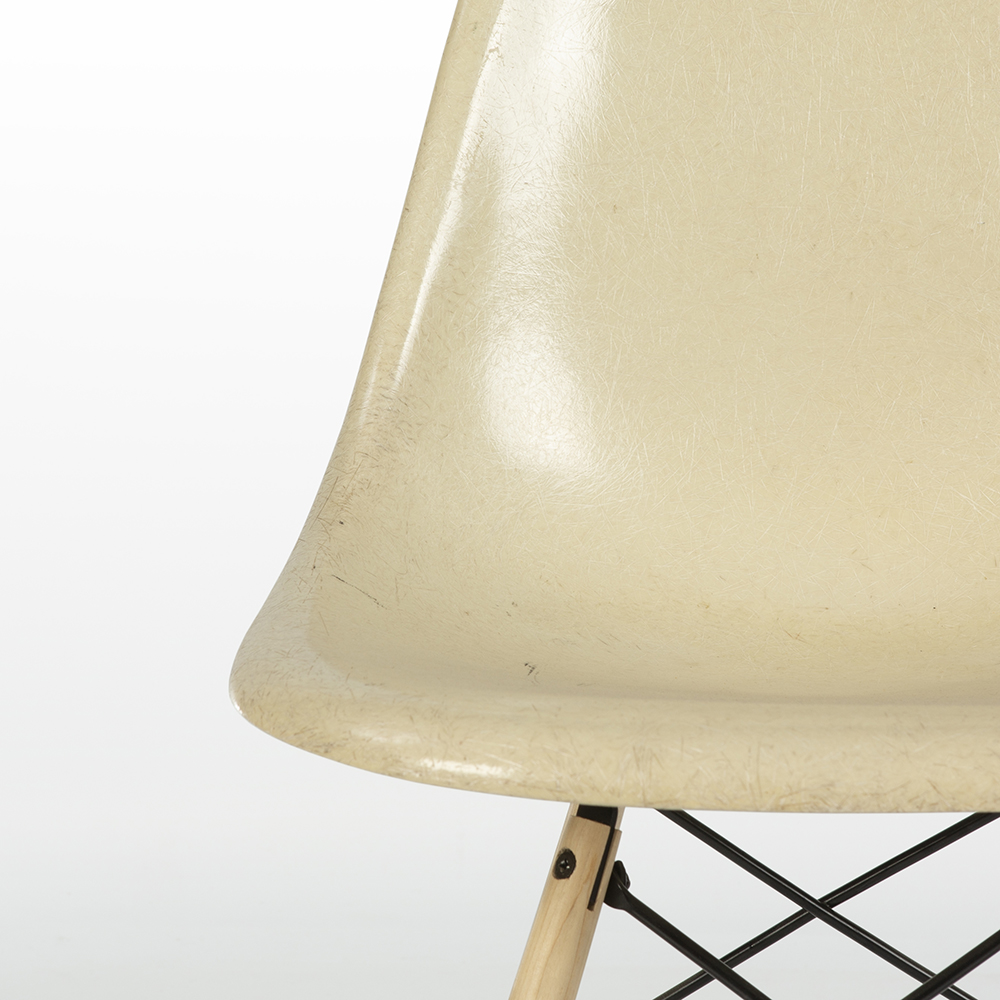