A beautiful redy pink vinyl vintage Eames, Alex Girard, shell for Herman Miller is sat upon its original DAX base making the perfect dining or occasional chair. The shell is in good vintage condition with some signs that show its age but it is a very nice example to adorn your home or office space, whichever you prefer.

The upholstered arm shell by Eames became a staple for home and workplace use. The versatility of its finish – in a range of fabrics, vinyls and even a combination of both – helped to cement its popularity and couple with the ability to have a wide range of bases underneath it, it perfectly blended into whatever space the user intended it to be used for.

This popularity helped see it, along with the non-upholstered version, be reintroduced by Herman Miller in 2013 and has since seen them regain the admiration they once had. The wonderfully diverse range of colours and finishes means that new colours and combinations are being released today, but there is something extra special about having a classic vintage version sat in your chosen space!

As a vintage shell it is in good condition for its age. There are some natural signs of use and its age but the colour is still exceptional and there are no cracks or dents. The vinyl may show some small signs of age with some small holes/marks visible and some very minor lifting in some areas, but nothing more than age would expect.

The ‘S’ inside the circle on the underside of the shell indicates it was made at Herman Miller’s Summit Plastics factory.

The shell is very well attached to its original base which means it may be dispatched fully constructed and ready for use. 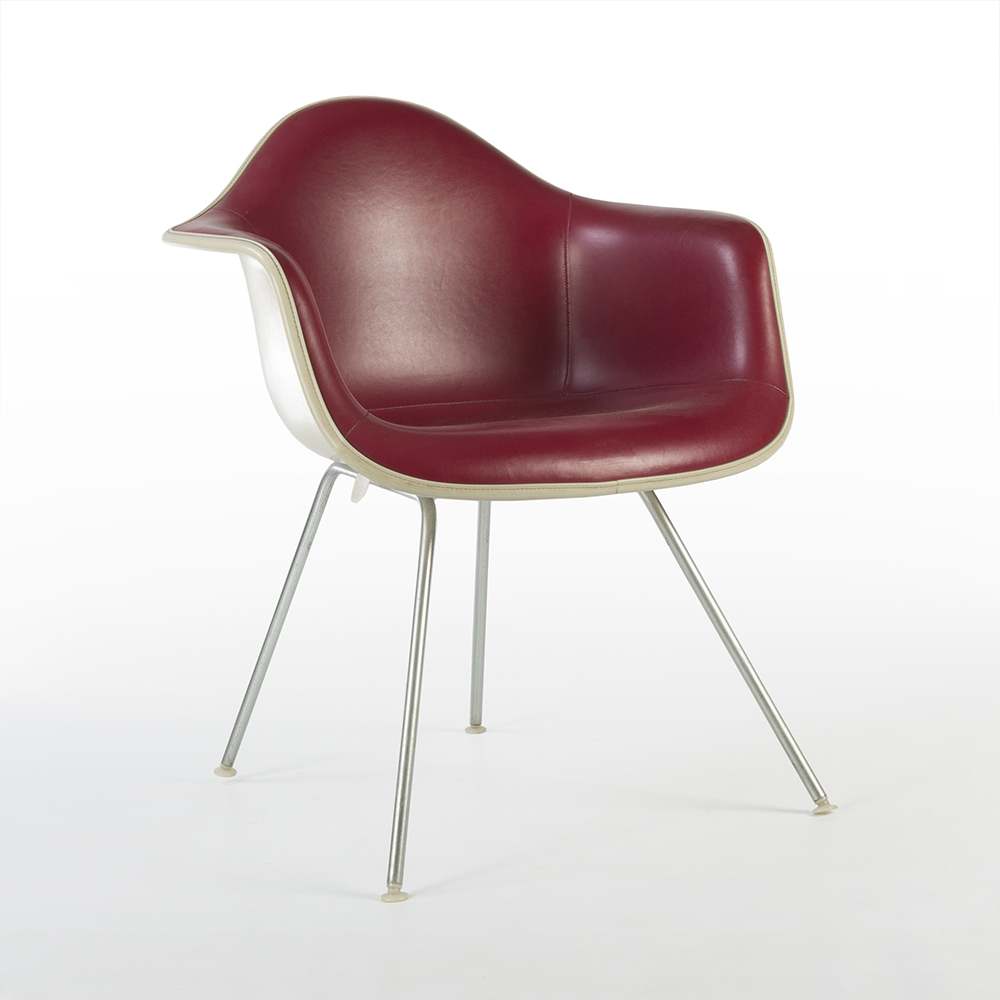 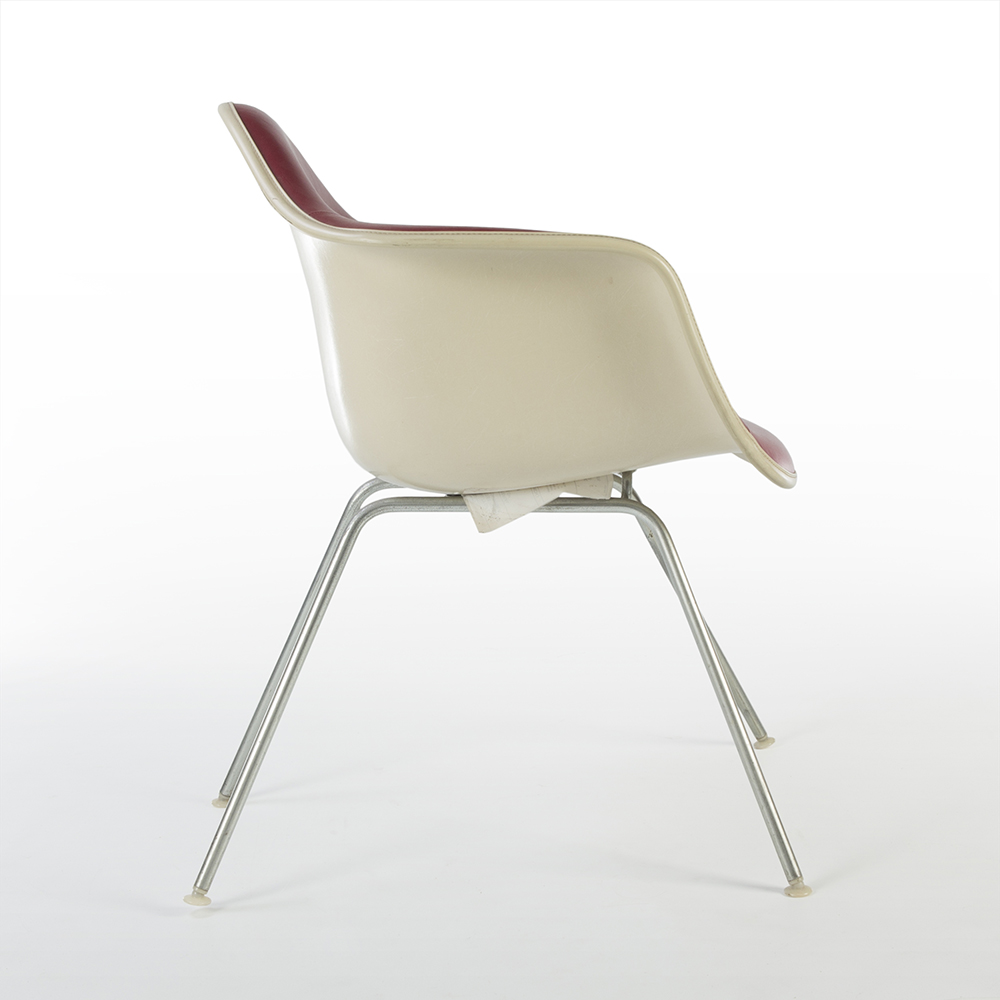 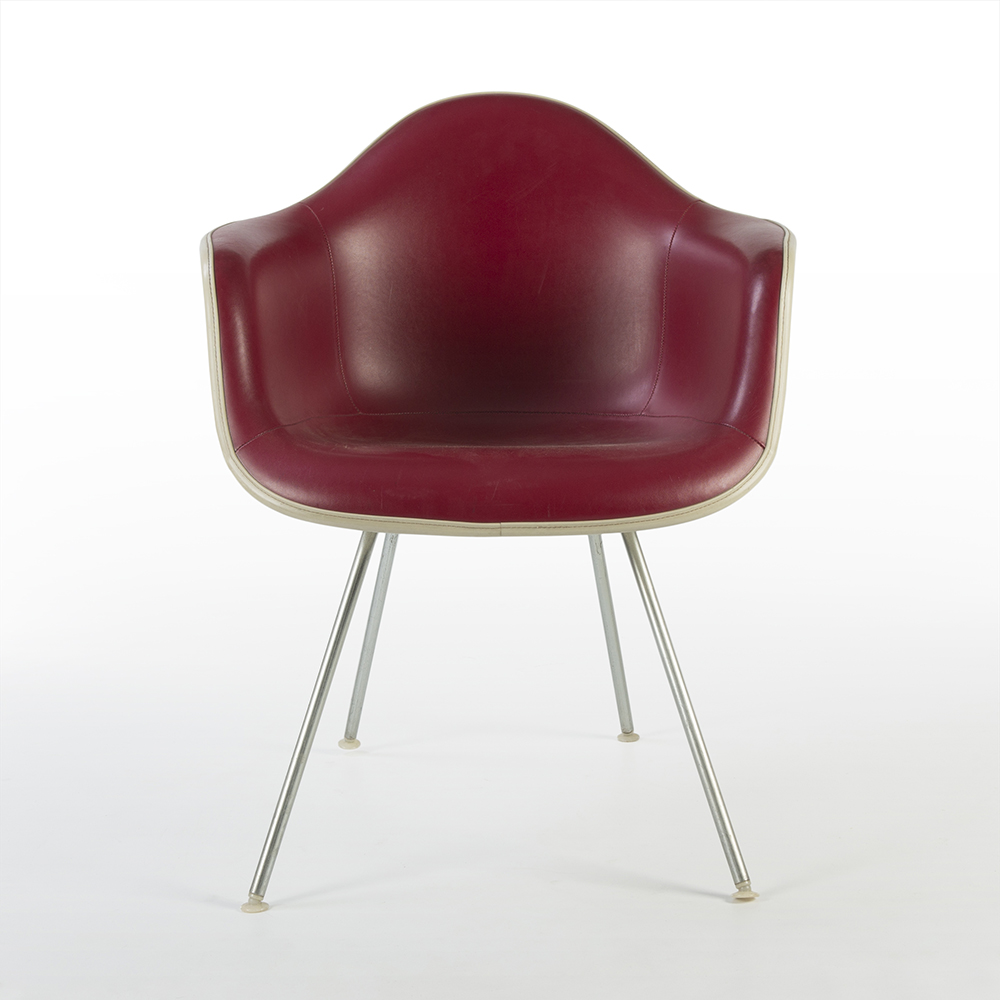 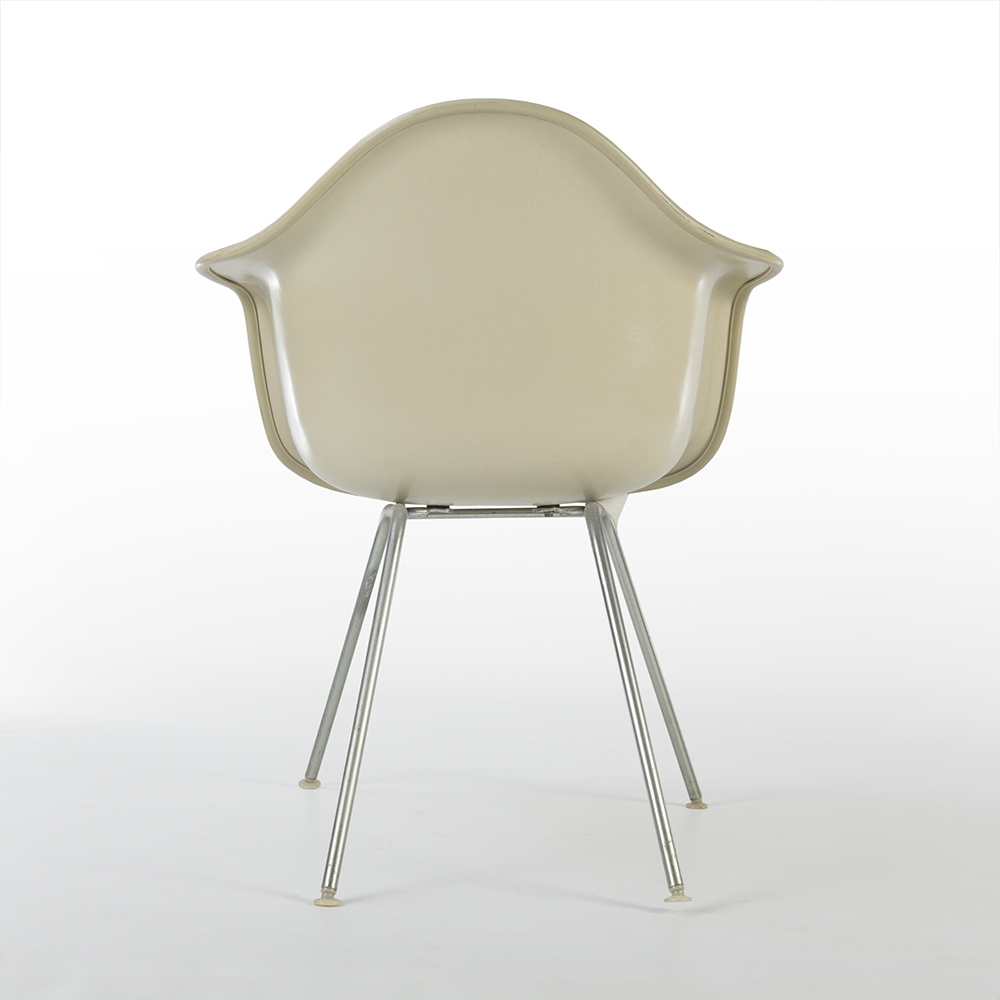 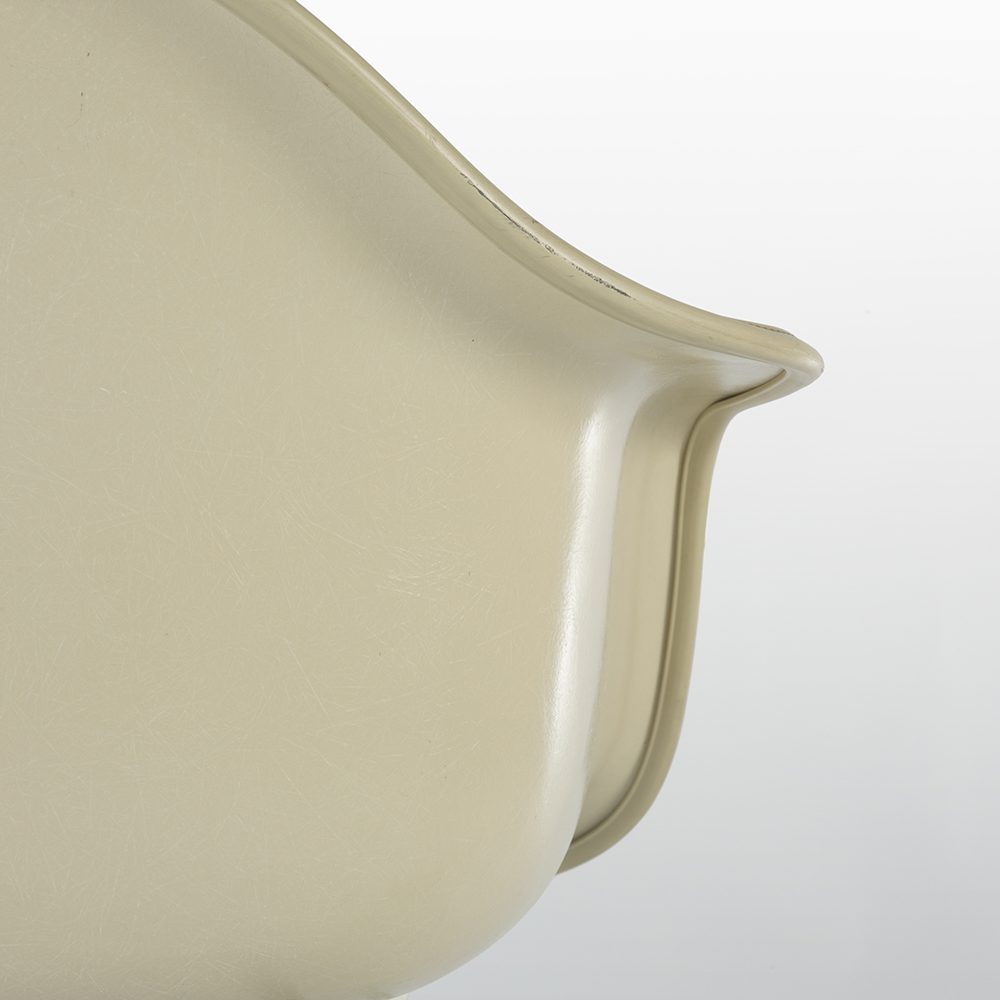 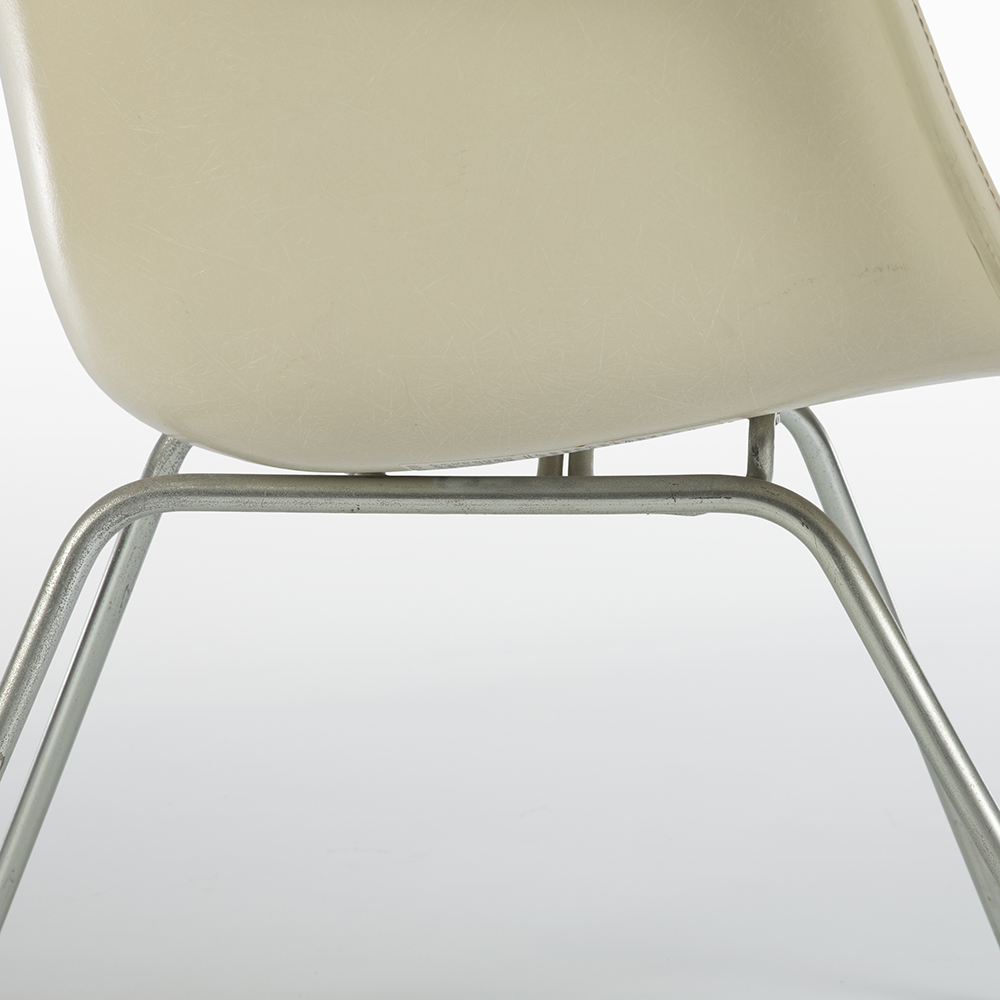 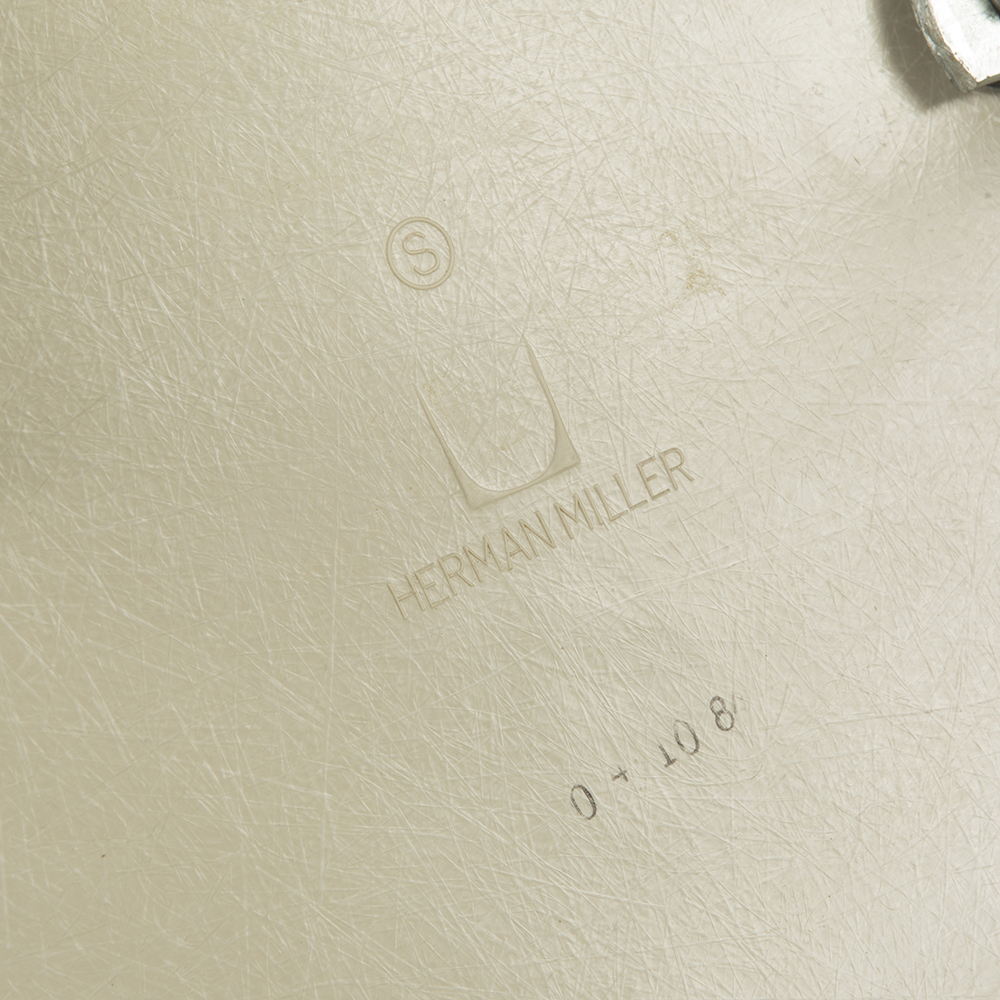