An example of the continuing evolution of this iconic design. This original Eames shell chair design has been updated by Herman Miller producing it in plastic. These barstools may not necessarily be an original Eames design, but to modernize, the original producer, Herman Miller, have made them to adorn your home.

Whilst using an original design, the movement to plastic originates from the late 90s when the shells were re-introduced by Herman Miller but they moved away from the traditional fiberglass reinforced plastic to solid polypropylene plastic instead. Perhaps a contentious point to purists and enthusiasts, the plastic shell has remained a popular choice since its introduction; though Herman Miller did re-introduce the fiberglass finish from around 2013 alongside these, and have even offered this new style of base with it.

The gorgeous black bases do show some signs of use too, but they are still strong and sturdy and really works well with the green.

The embossed logo on the underside of the shell indicates they are Herman Miller produced shell. 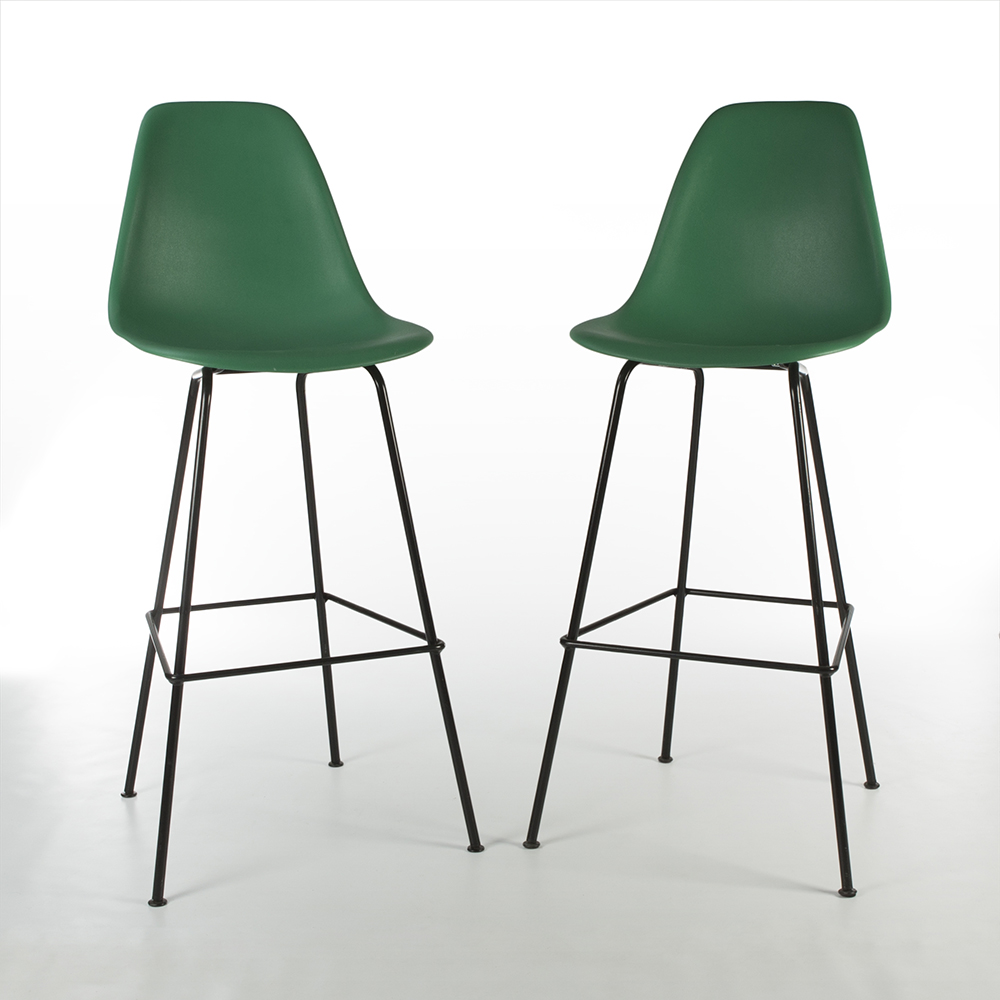 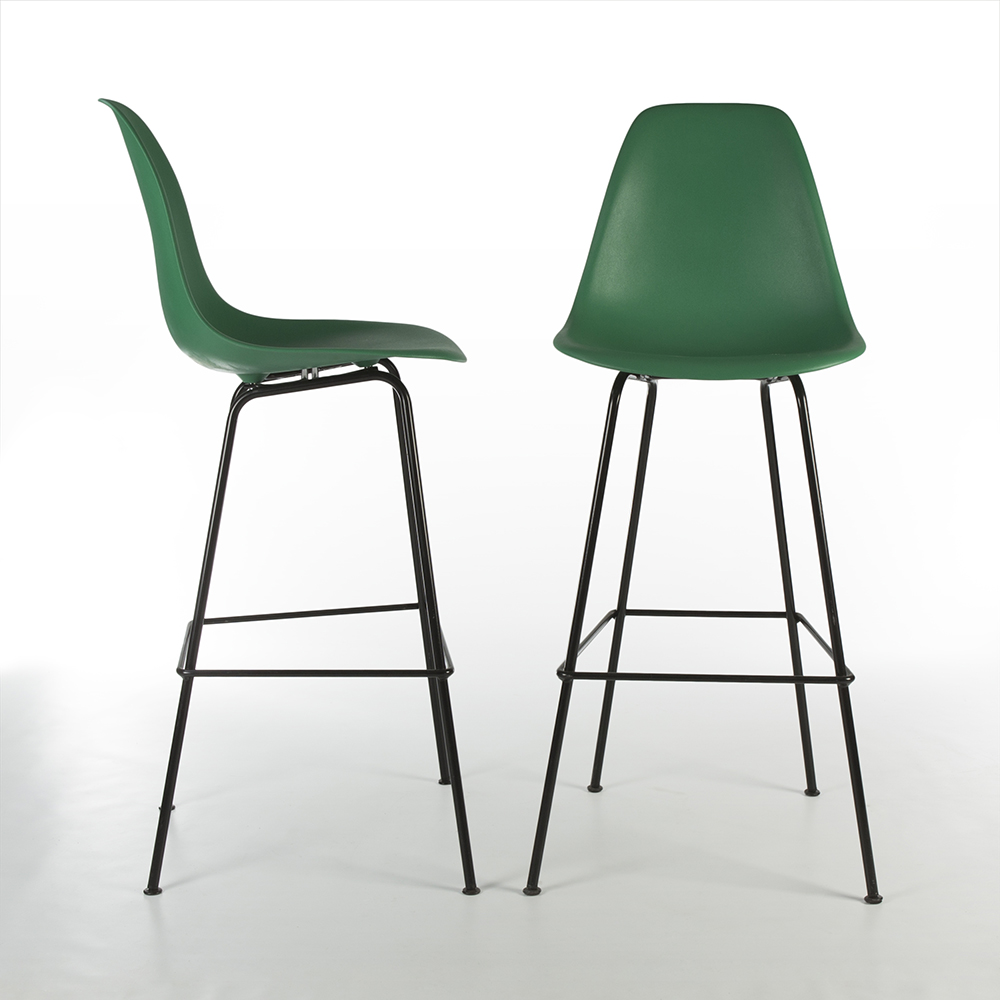 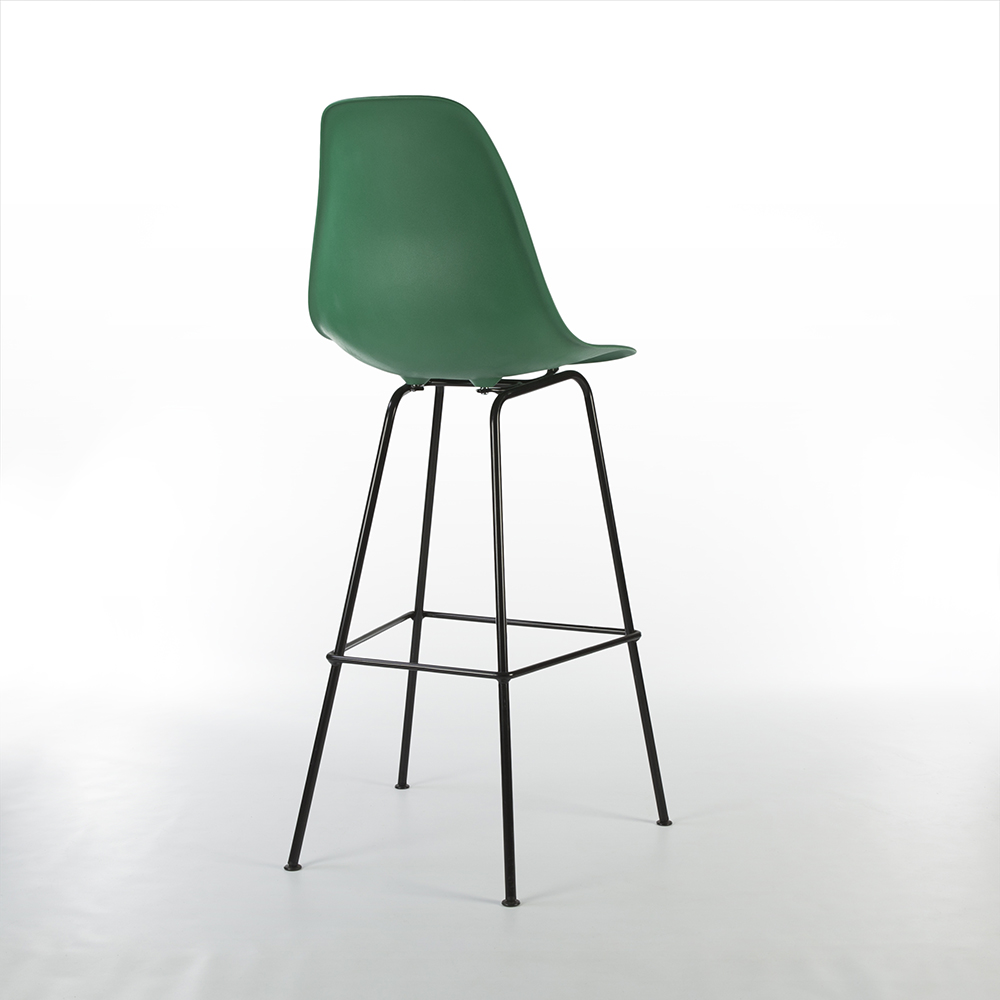 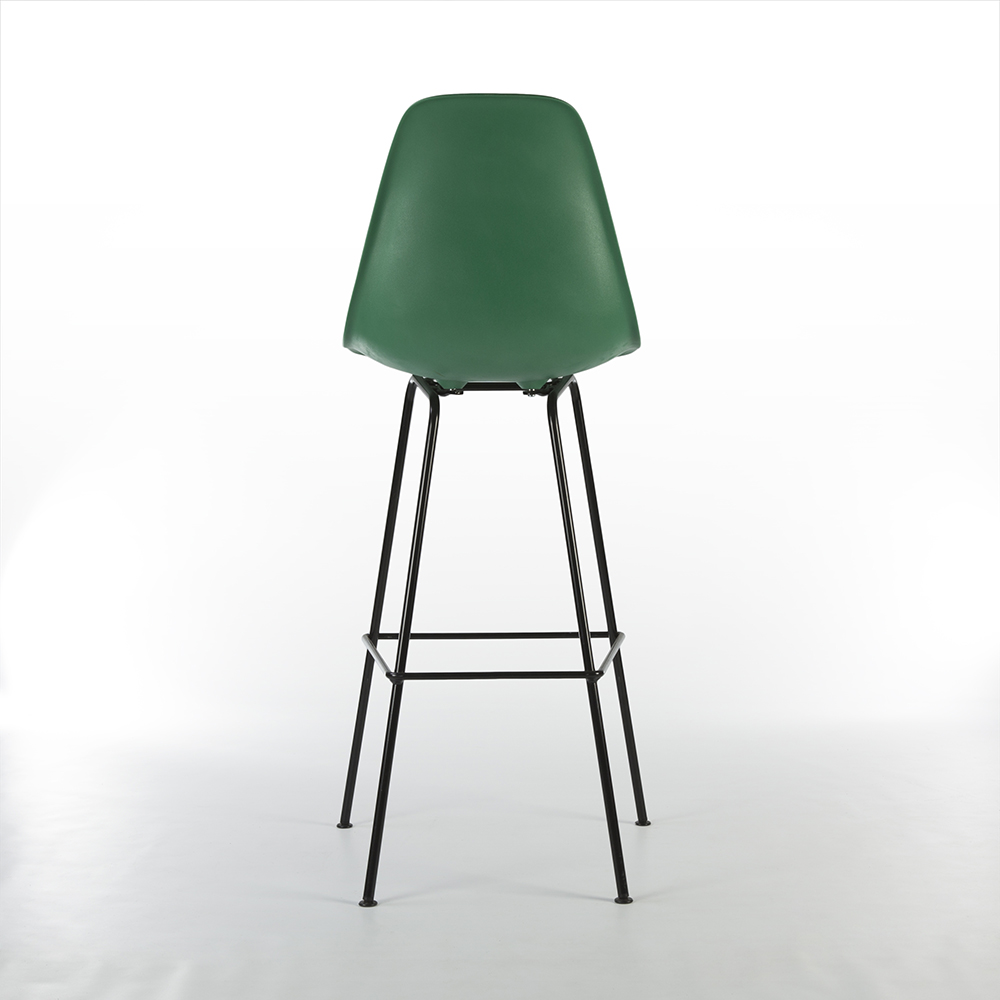 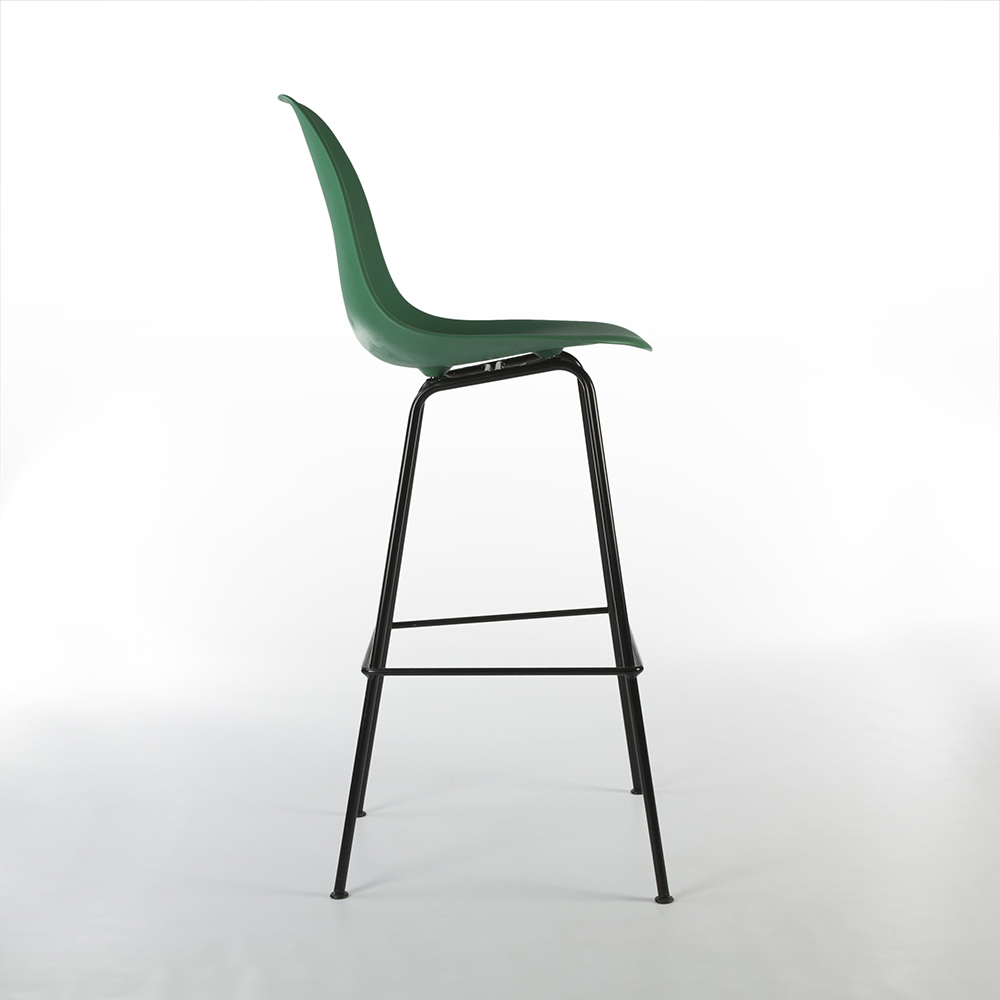 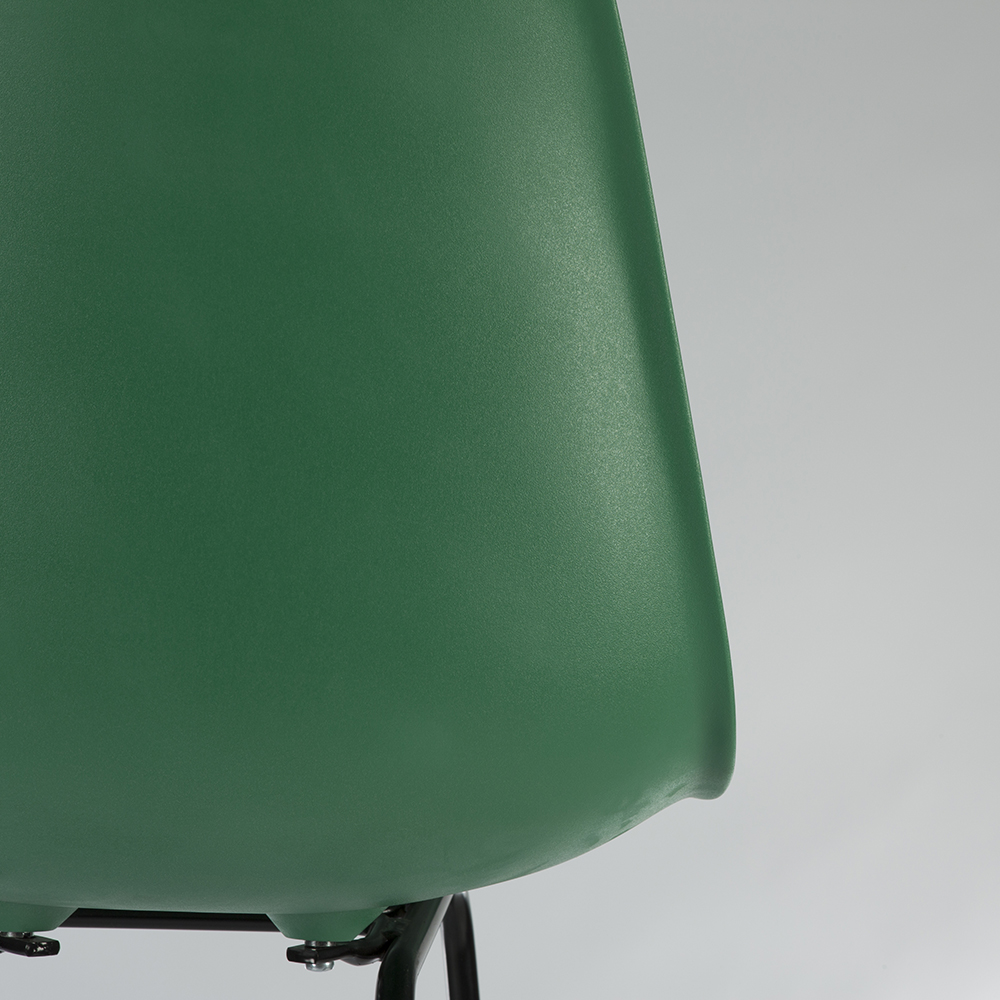 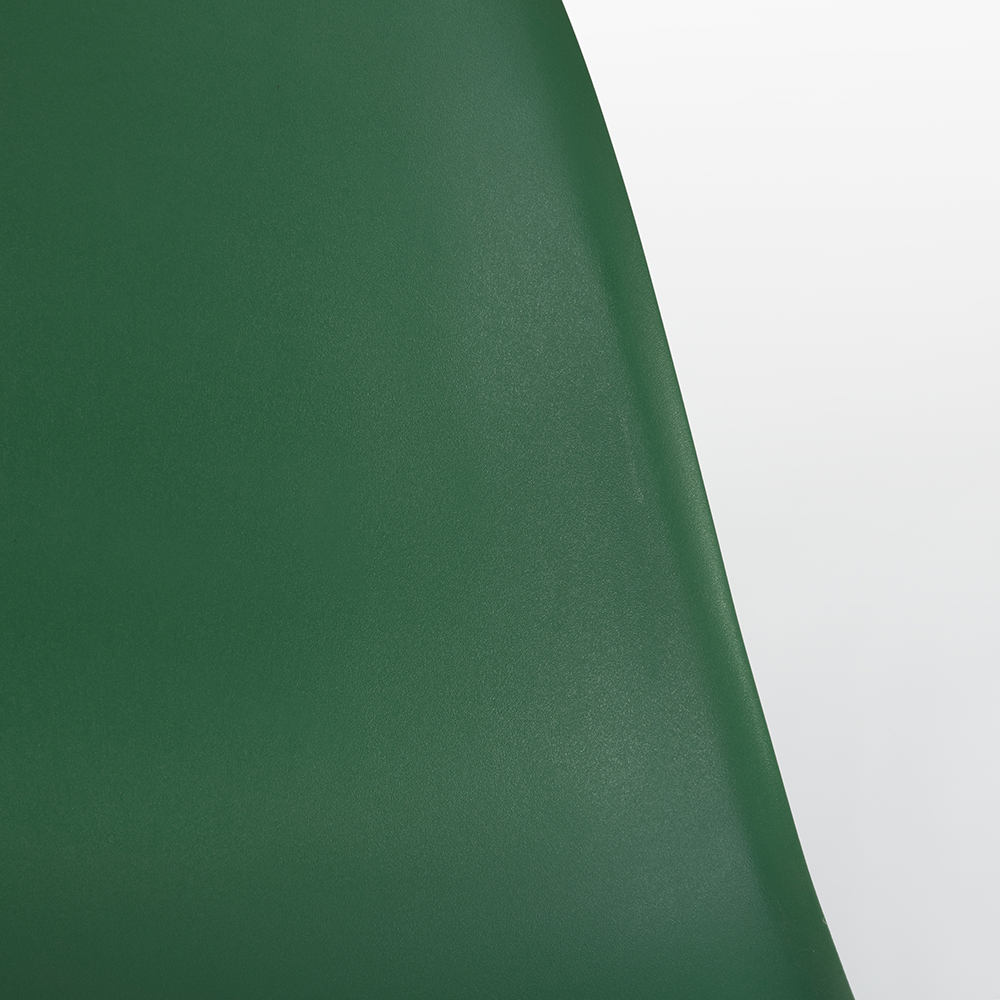 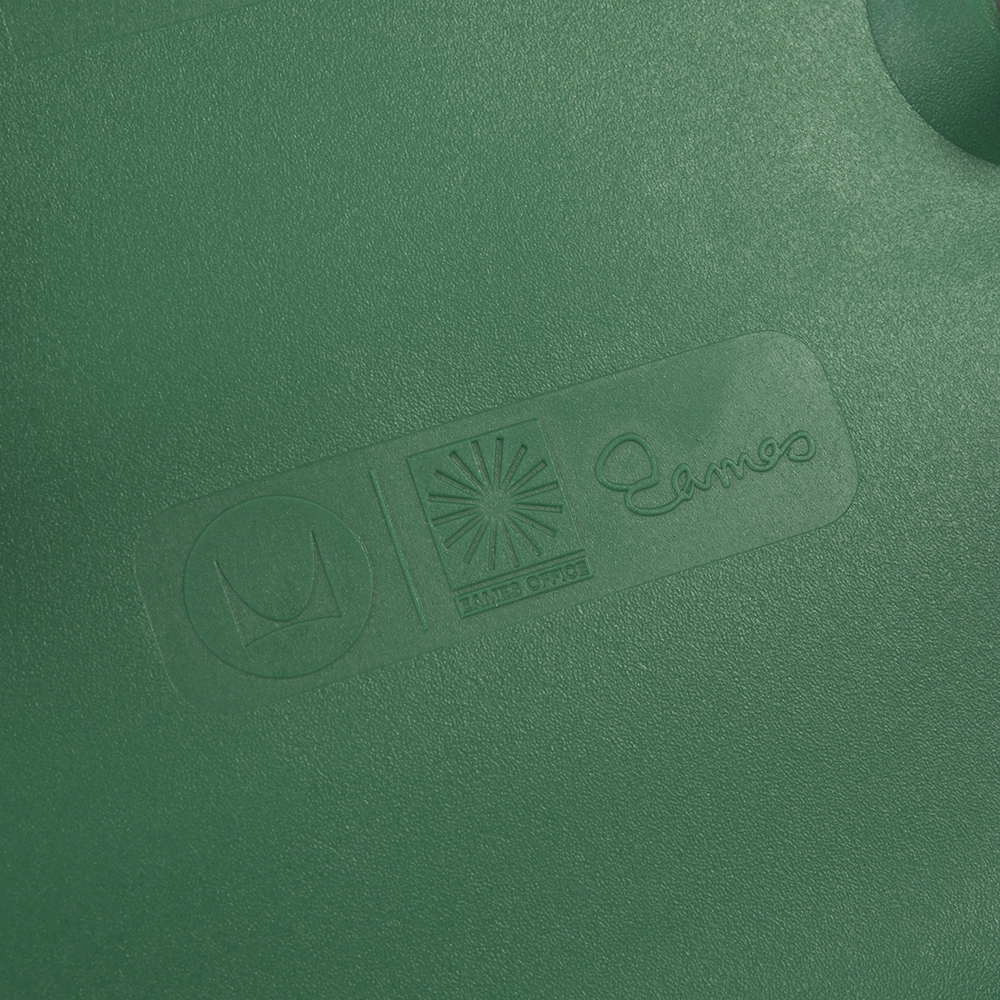