A set of three Eames for Herman Miller classic, original, vintage ochre side shell chairs are sat on an original, used, but still very sturdy, 3703 Tandem bench. The deep ochre of the shells have retained a strong colour which evokes the strength of the steel bench making this perfect for any reception space.

The tandem bench was a base option offered by Herman Miller for the likes of airport waiting spaces and such but the versatility of them have seen them being used in much wider areas such as office waiting areas, churches, school assembly spaces and such.

The side shells are in an aged vintage condition with the shells displaying no cracks or dents and only minor age marks around the edges which is expected with their being over 50+ years old.

The tandem bench is in a similarly aged condition but being made from steel it is still exceptionally sturdy. The black rectangular label on the back of the bench indicates it was produced between 1970 and 1984 which may be a little after the shells that sat on it, but they are still a very good and age specific combination. 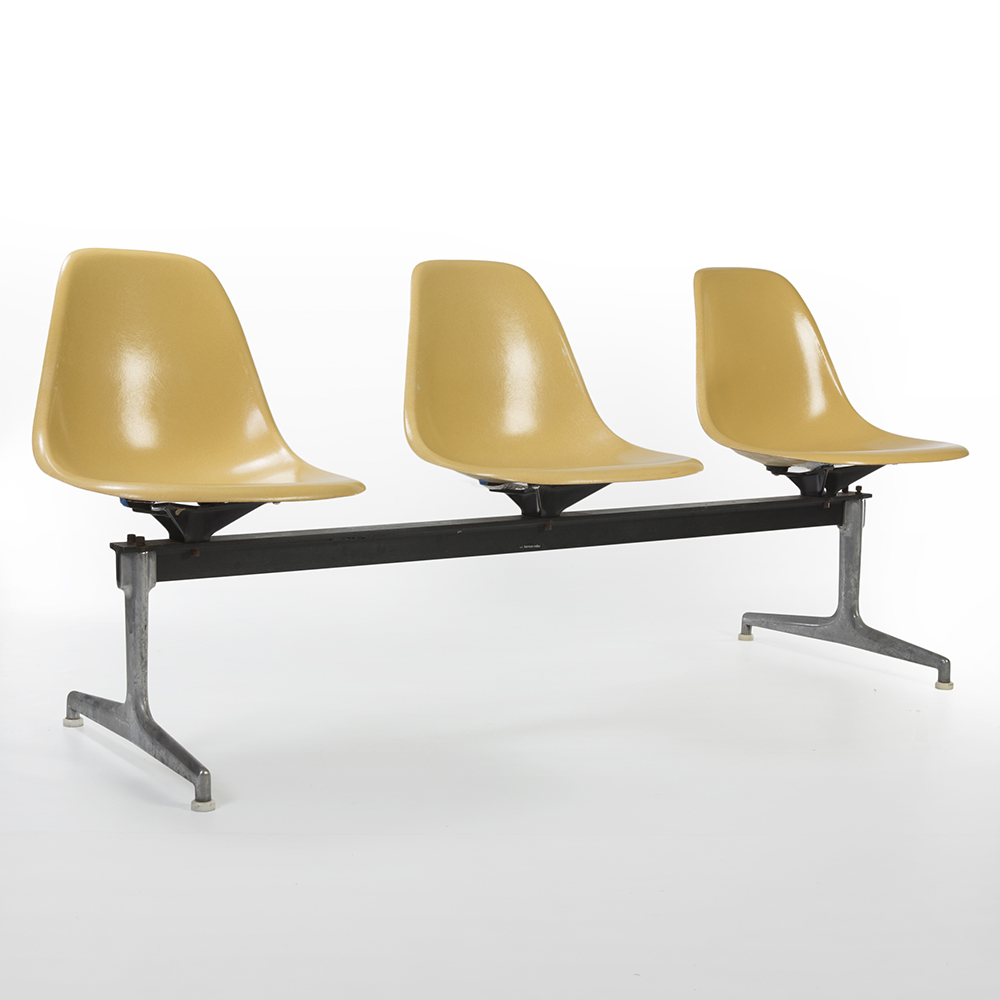 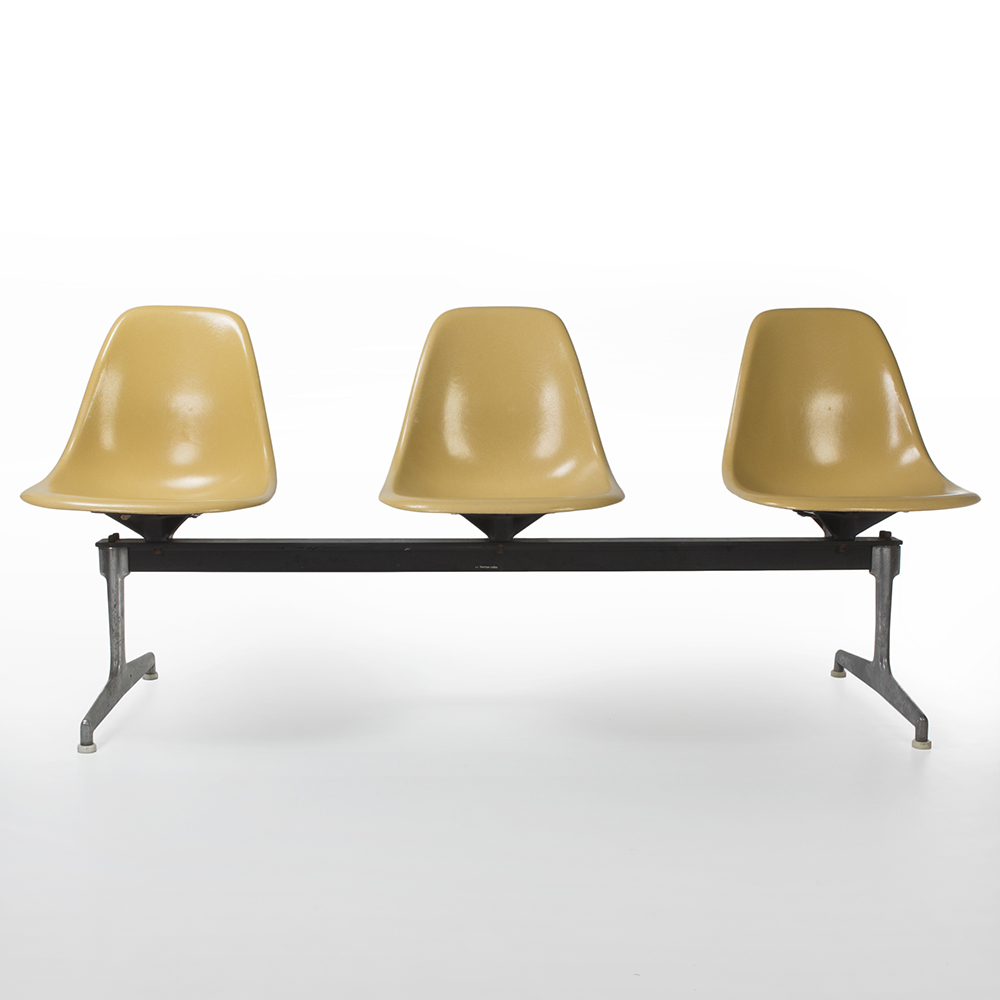 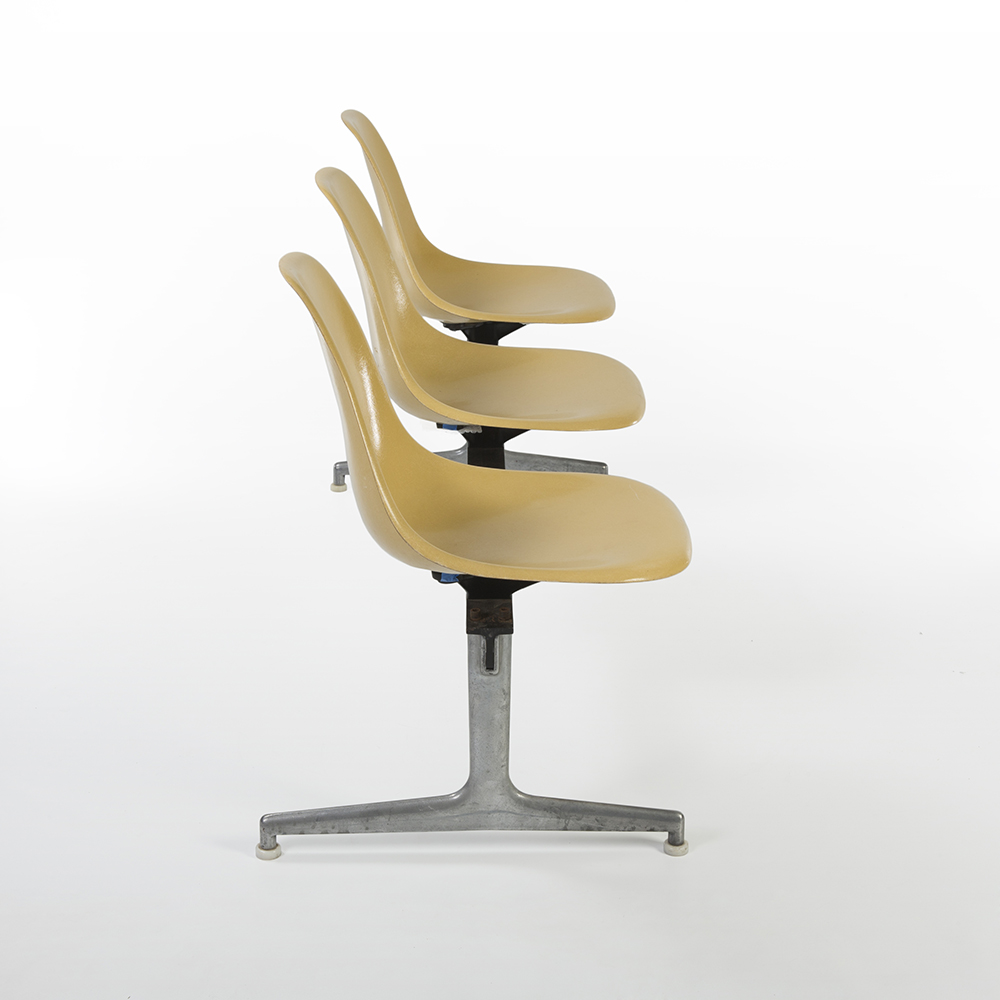 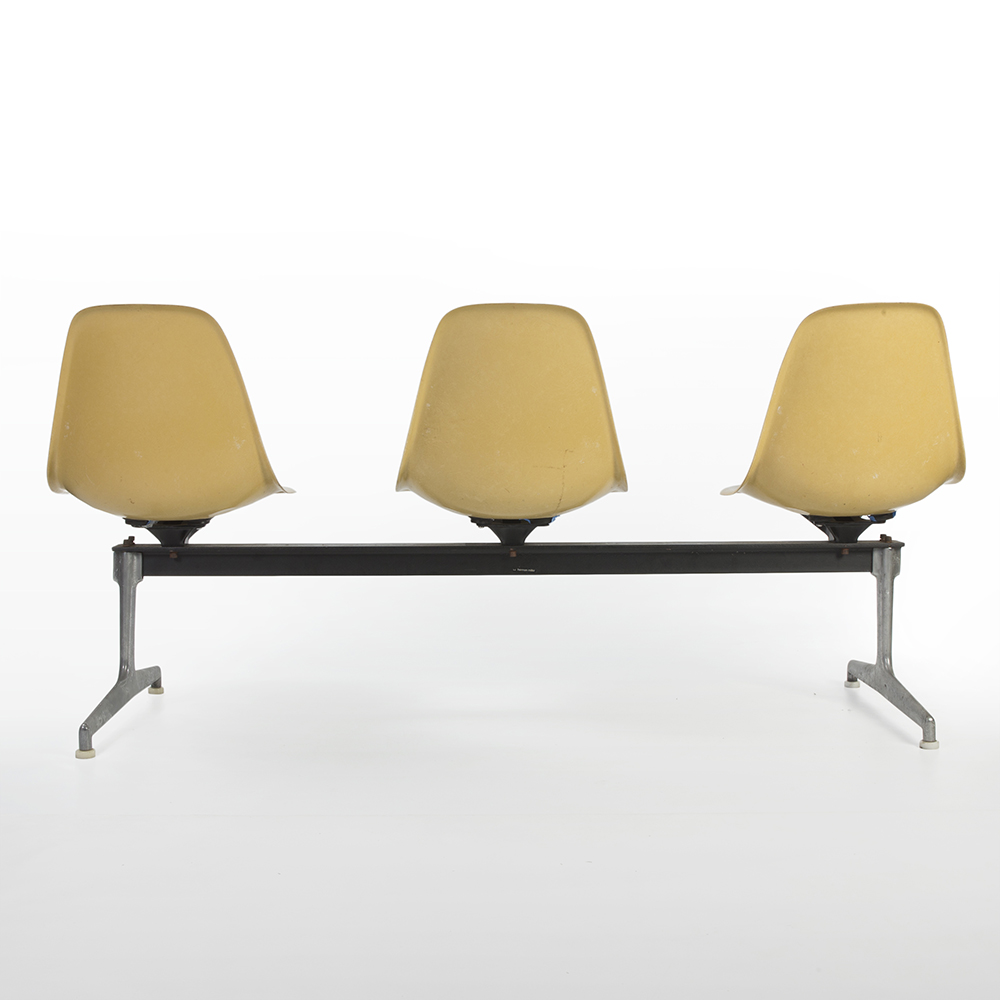 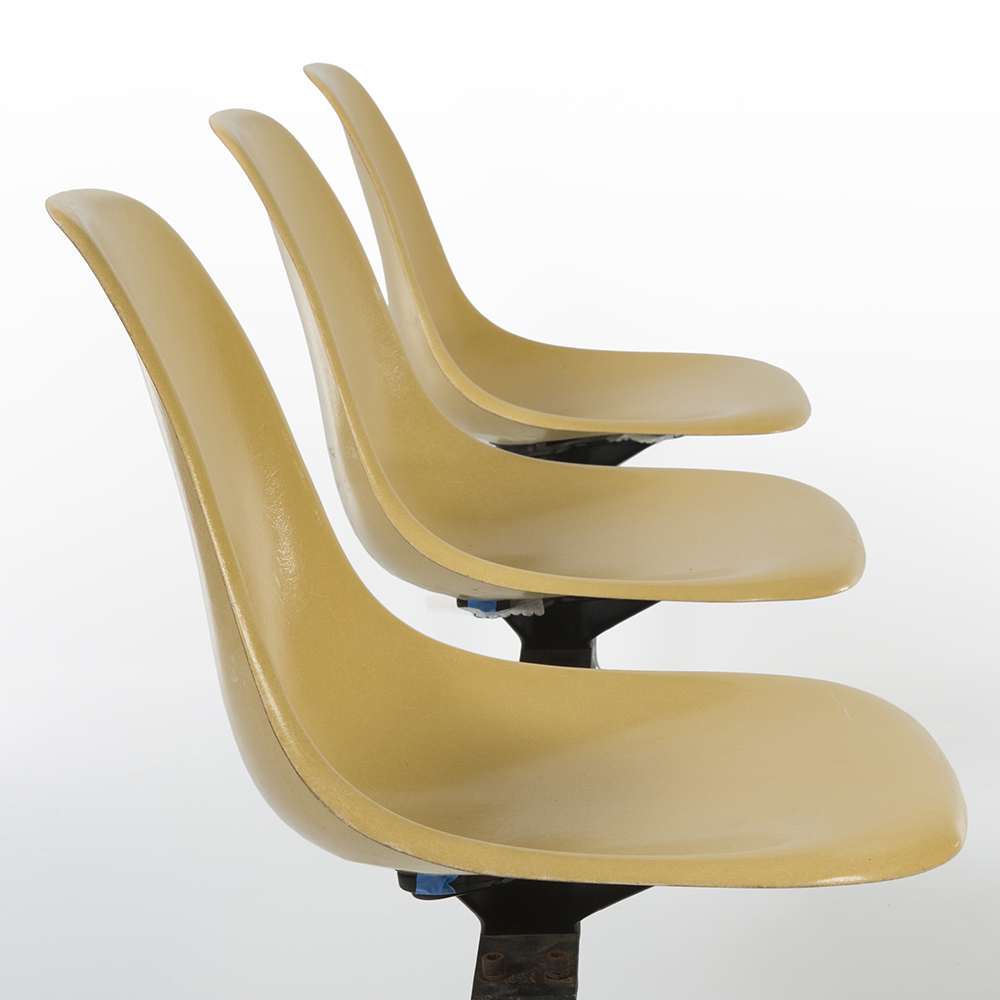 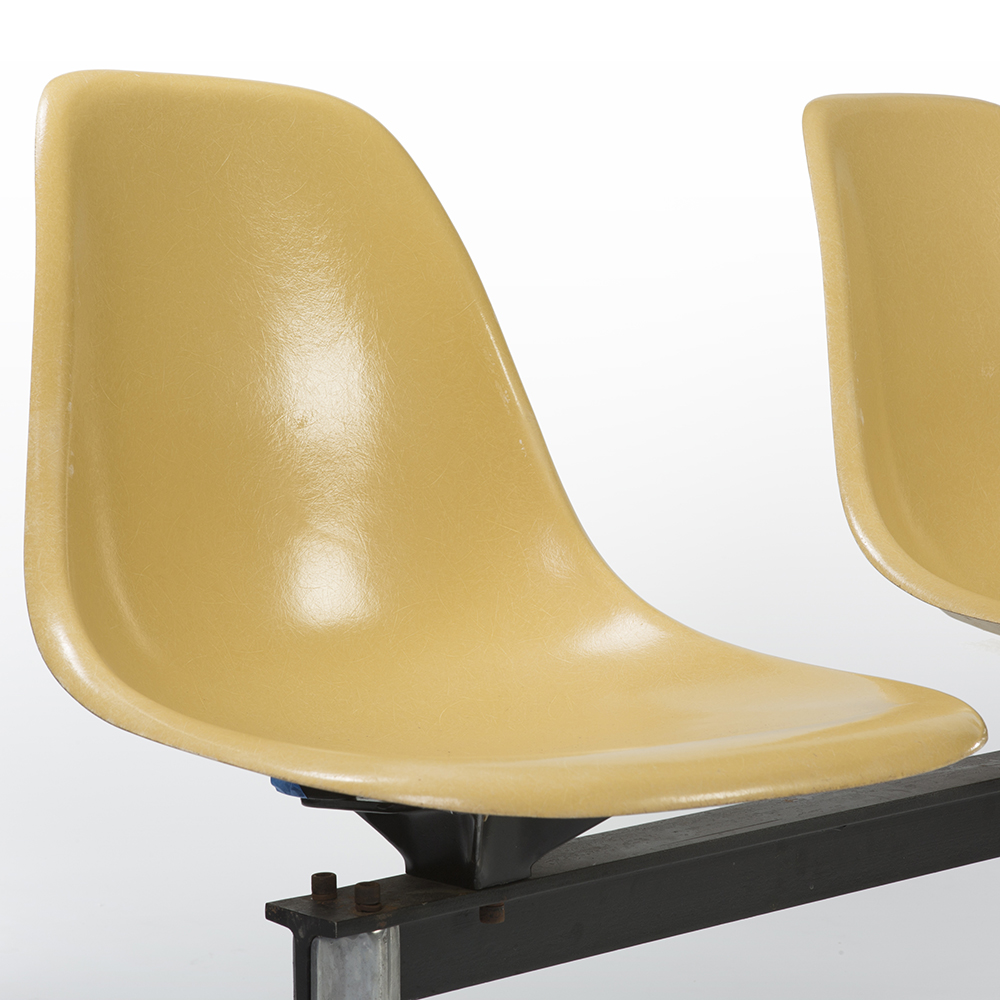 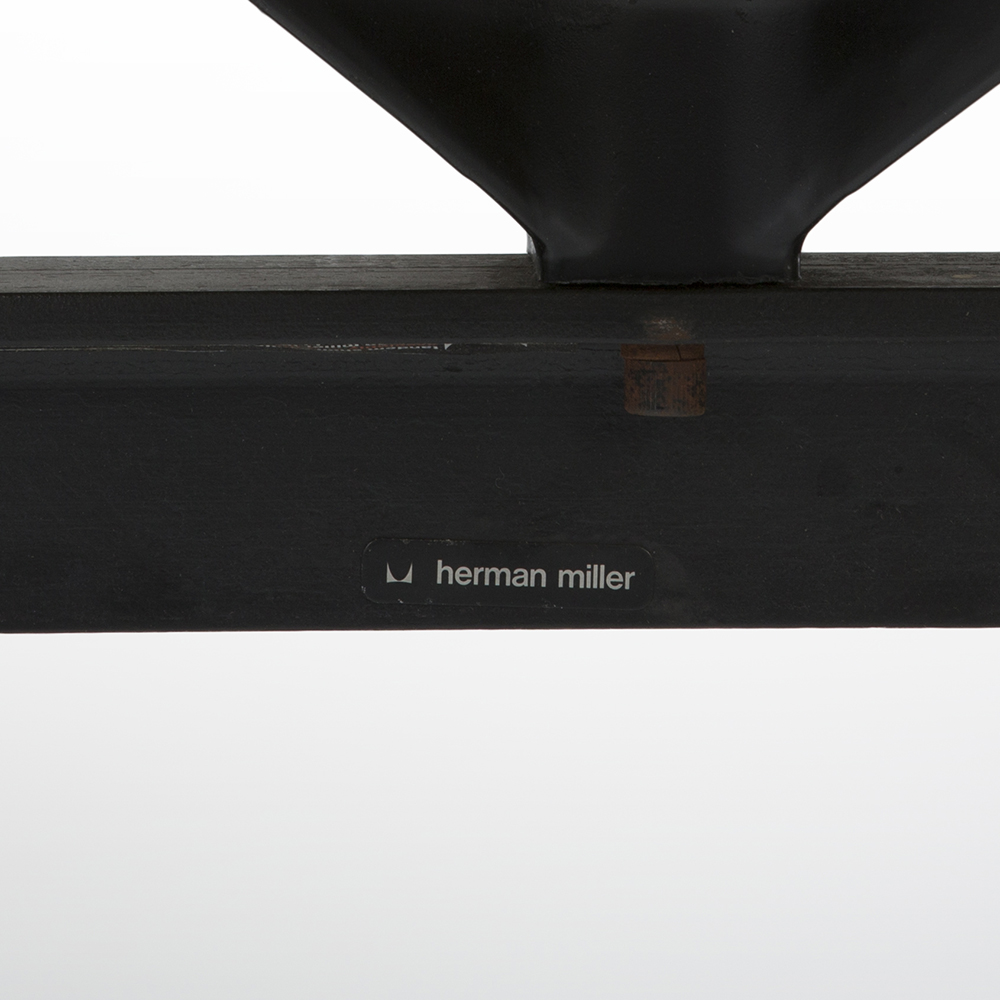 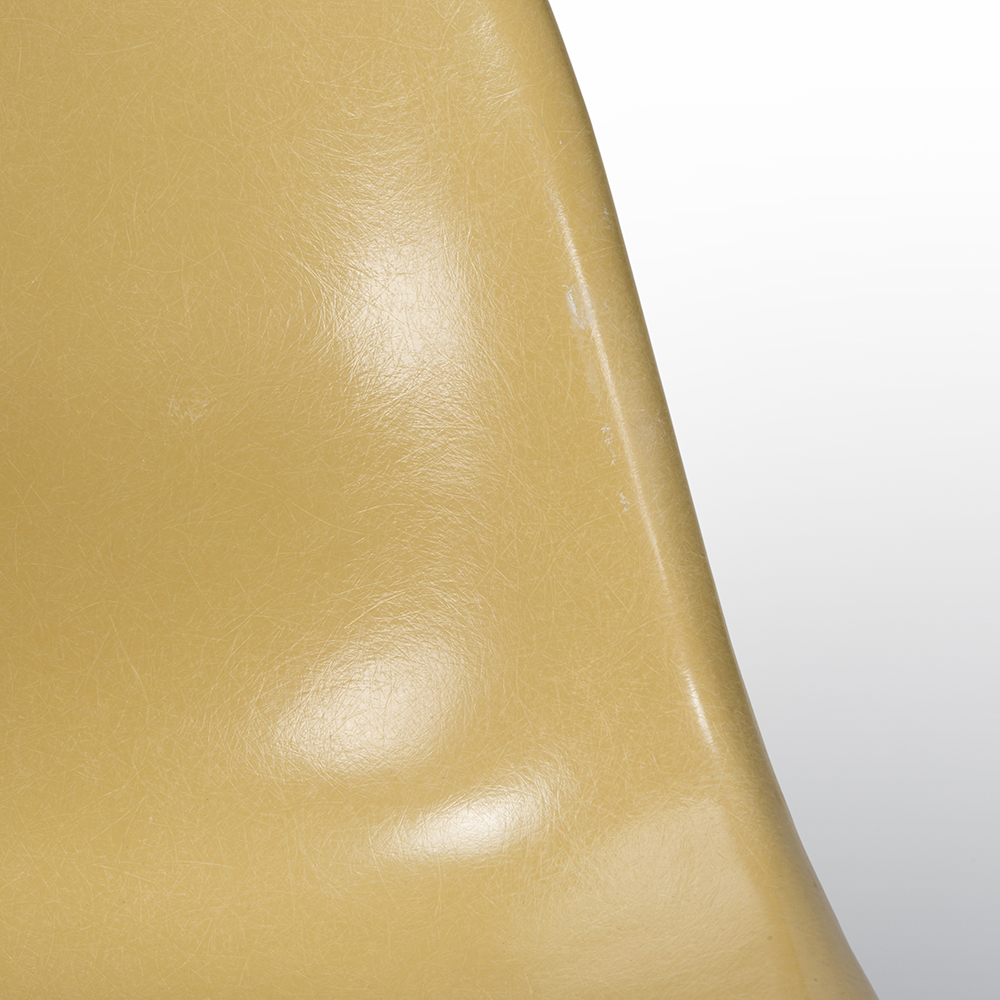