Here we have an original Herman Miller white round Eames ET108 Contract Table on classic 4-star contract base which is perfect as any conference or dining table. The multi-functional design of this table was the perfect embodiment of Charles and Ray’s focus when designing their iconic products.

As part of the aluminium range, this table was part of a large design group sparked during the design and furnishing of J. Irwin Miller’s house. The contract table was designed to be used in the office or as an alternative approach to a dining/café table. The four legs became a synonymous symbol of the Eames Aluminium group and was used across the dining, meeting and coffee tables they included in the range.

The popularity of the designs’ meant this range has changed little over the many years they have been produced. The versatility of the items means they are not restricted to the areas their names may suggest. It is not uncommon to find these pieces being used as dining tables, side tables or within offices due to their ergonomic structure and this great example will prove to live up to that esteem.

The table does show signs of its age on its top and on the edges, but much of this is surface level and should be relatively easy to clean off with only some being light surface scratches. Further pictures are available upon request.

The table is stamped with its factory code ET108 and the shadow of the black rectangular label indicates this table was produced between 1970 and 1984 by Herman Miller. 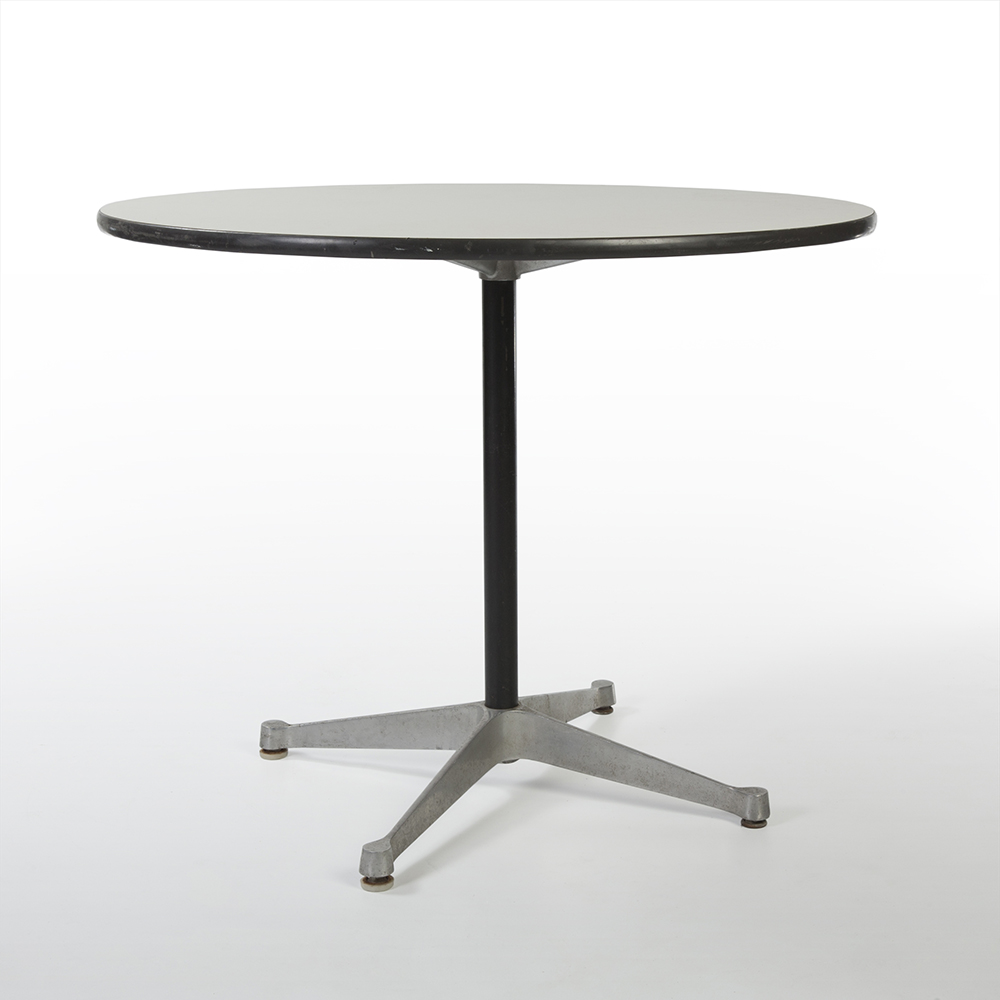 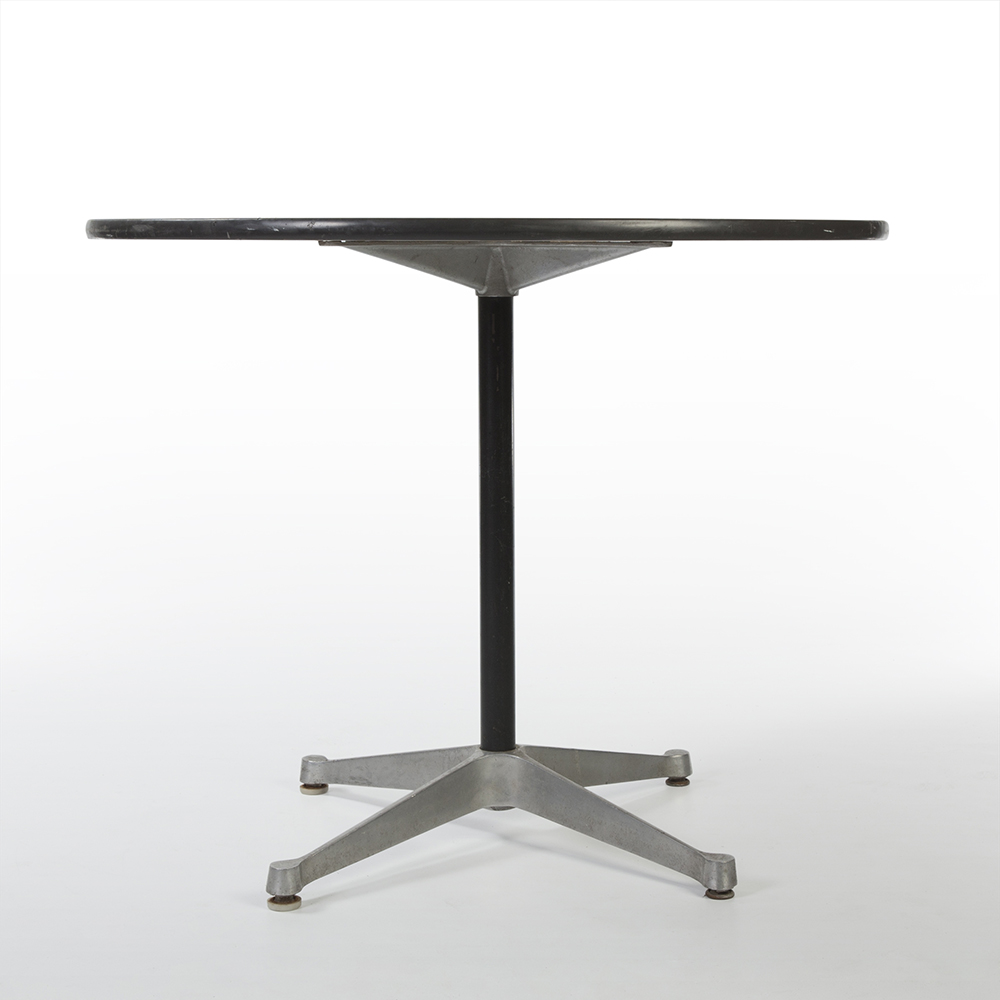 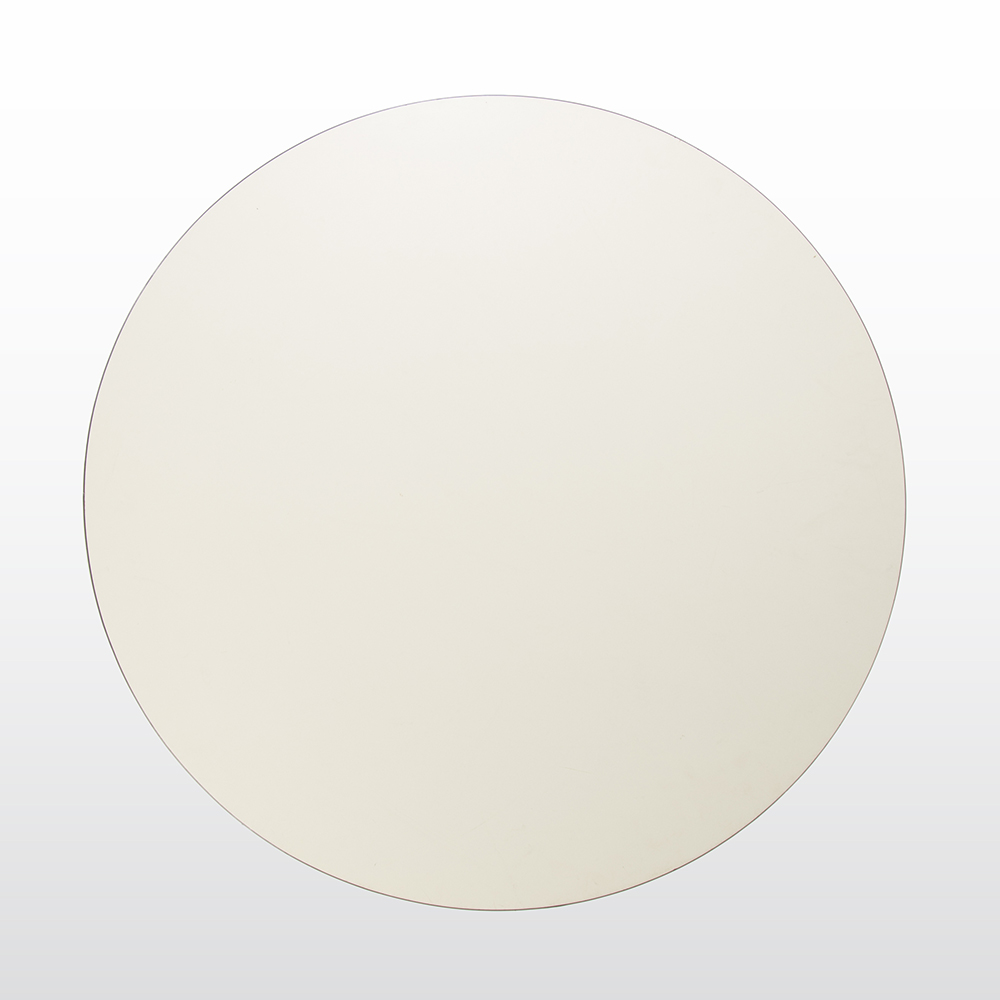 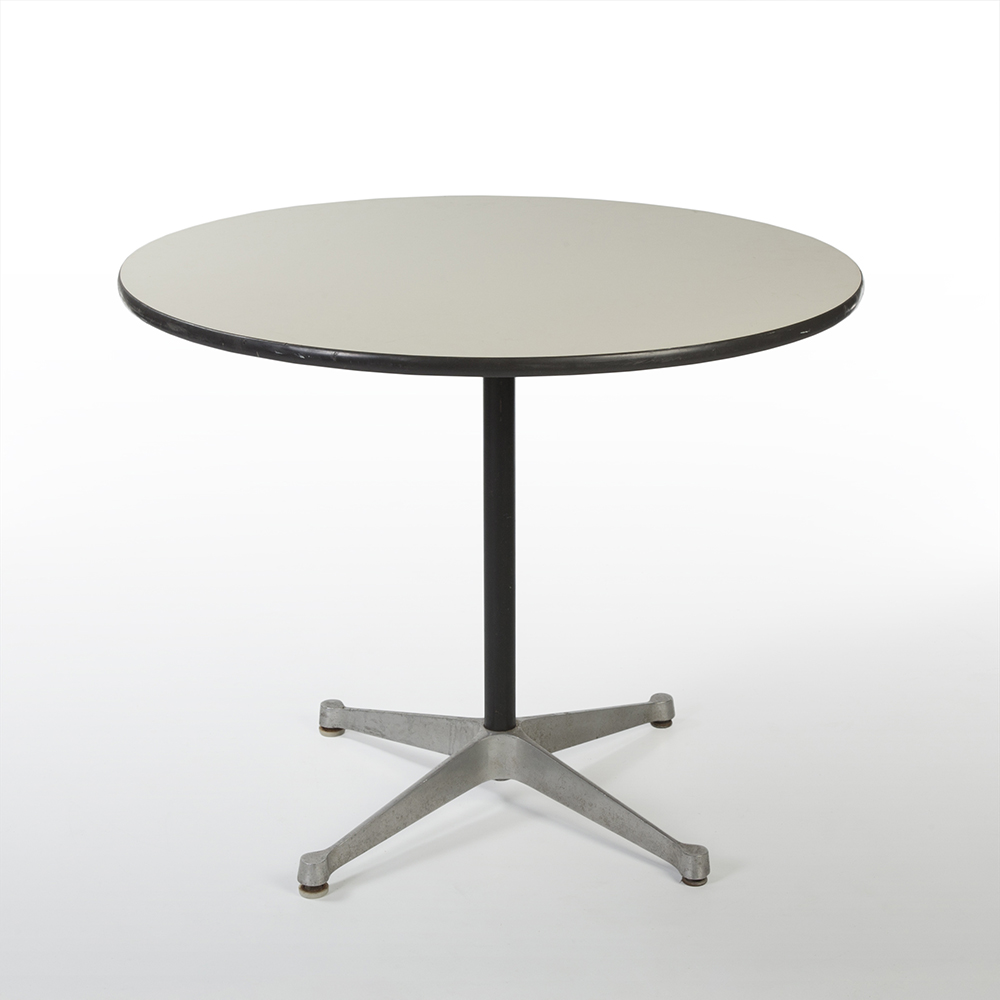 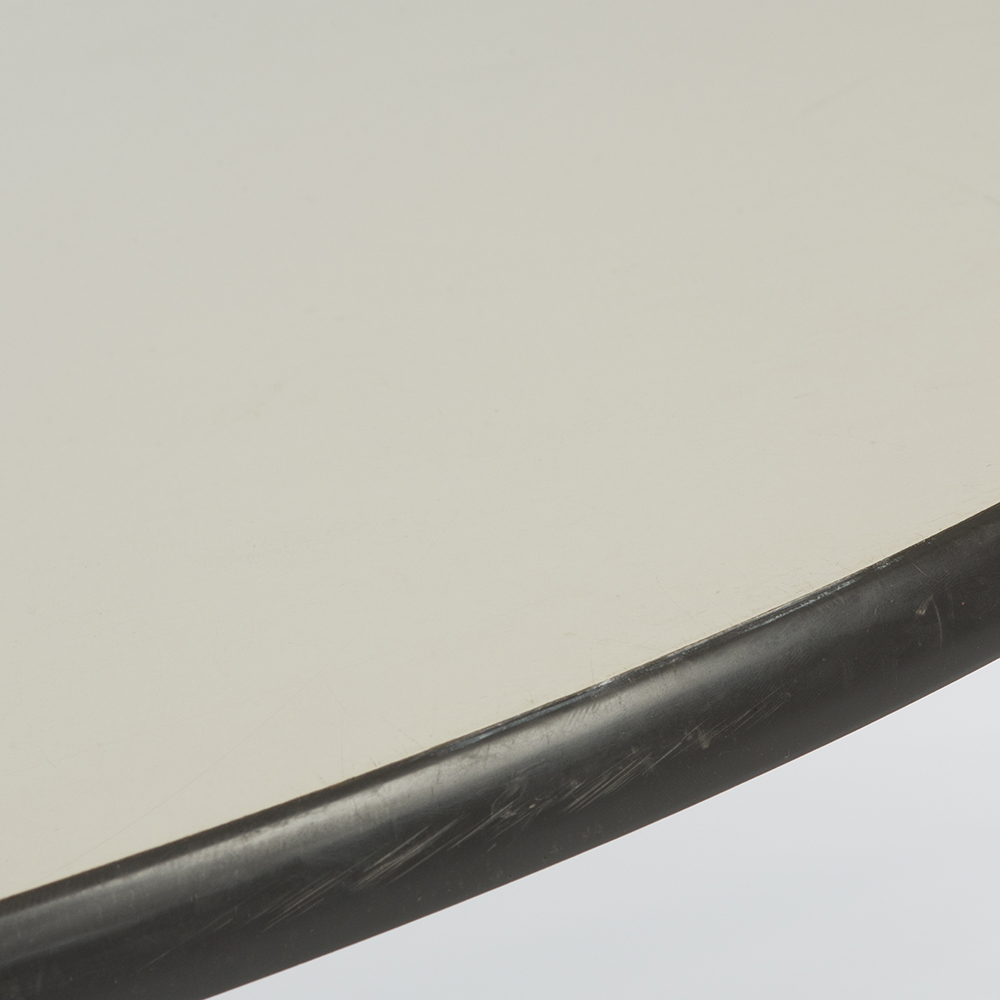 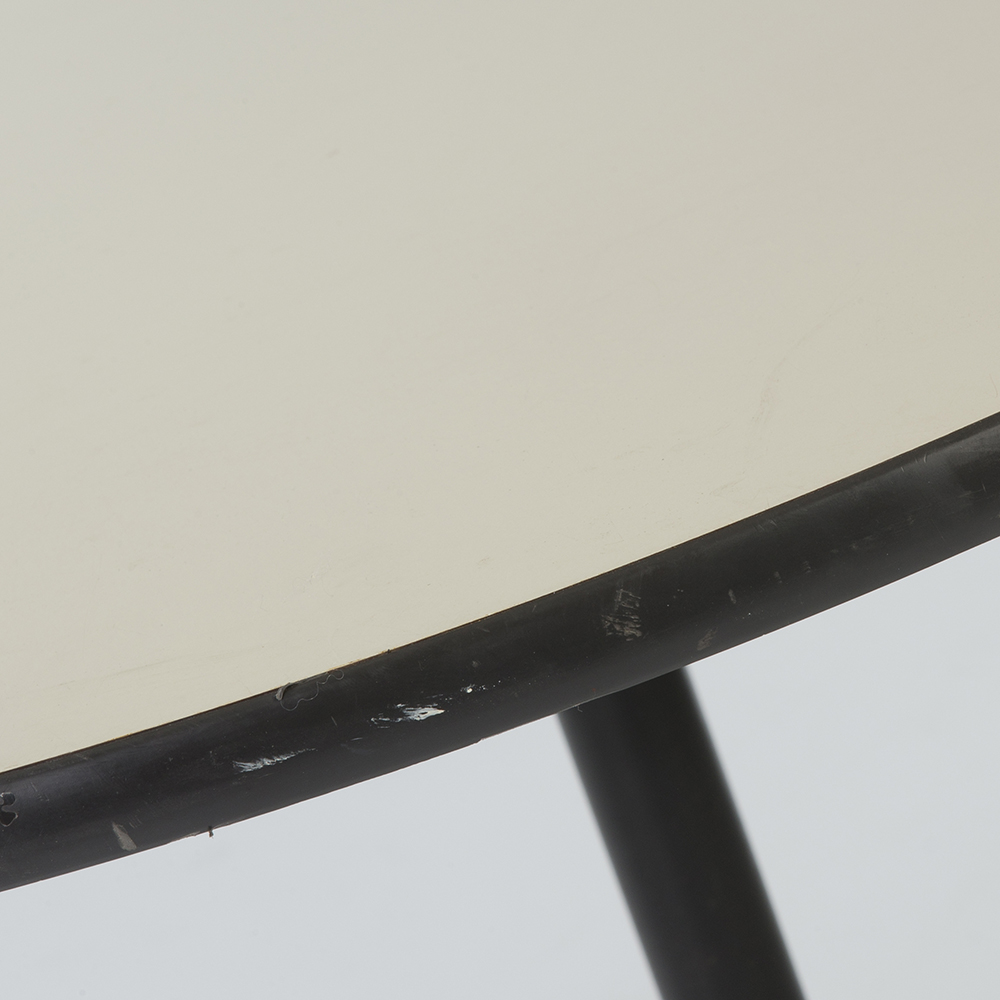 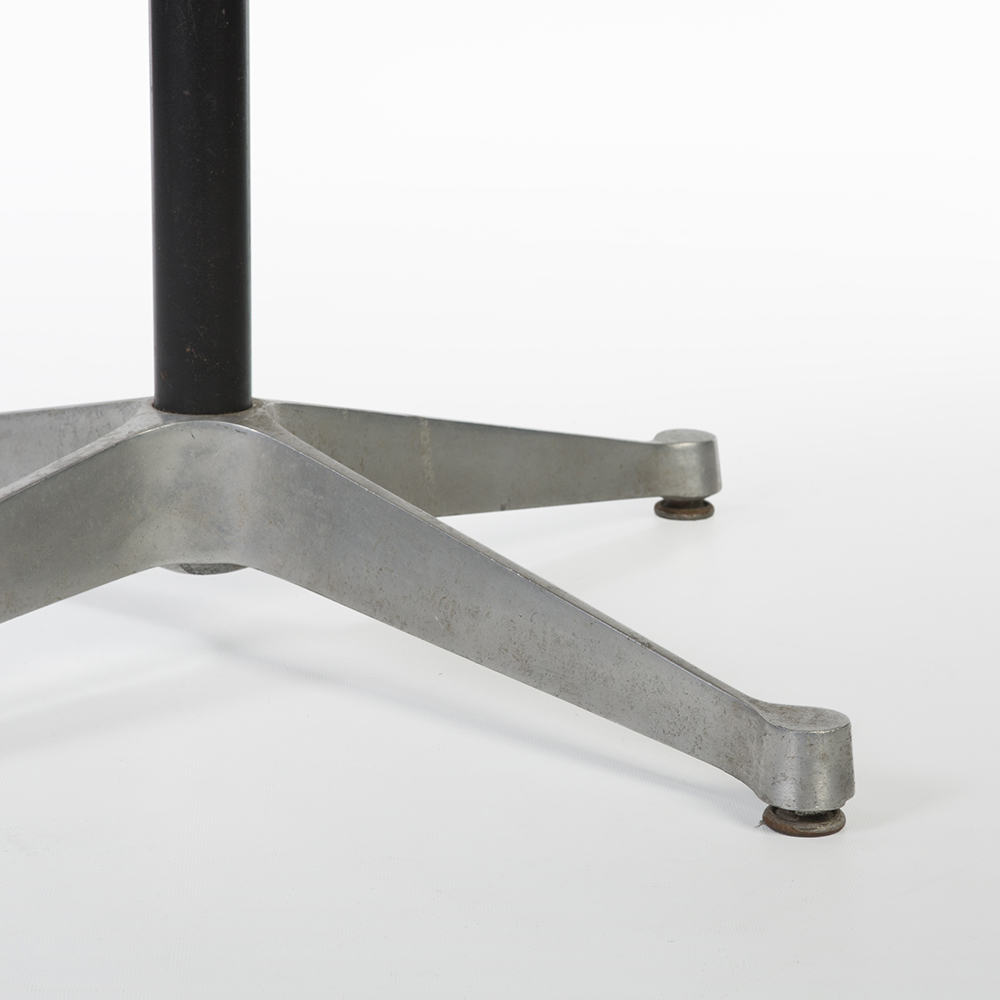 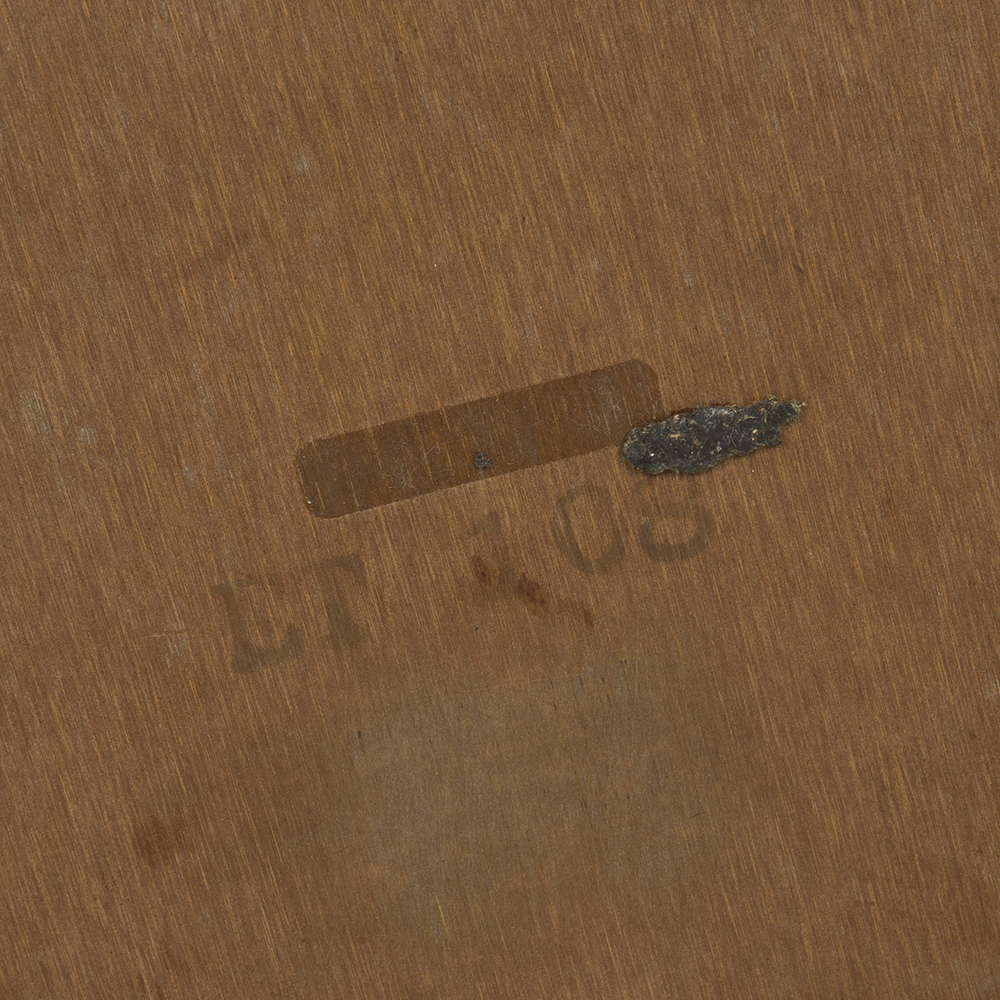