An original, vintage Blue Herman Miller Eames Armchair, with a sleek black fibreglass shell, complete with a newer used classic walnut RAR base. This is one of the most desirable versions of the Eames fiberglass chair series produced and this chair is no exception.

The arm shell was the first of the molded fiberglass chairs Charles and Ray perfected and, with the help of Herman Miller, it saw amazing commercial success. The shells were produced with a wide variety of bases, ensuring the versatility of the chair was achievable. The head of Herman Miller’s design department, Alexander Girard, was approached to design upholstered finishes for both the side and arm shells; he produced a vast range of choices with different colours and fabric/vinyl finishes to choose from.

The blue upholstery is original and in good vintage condition with no lifts or tears; some aged signs of use may be present, but much of this should be removable with a small clean. The black shell is in a remarkable condition, and the rocking base is also in good condition. Further images are available upon request.

The logo on the shell suggests that it was manufactured around 1959-1989. 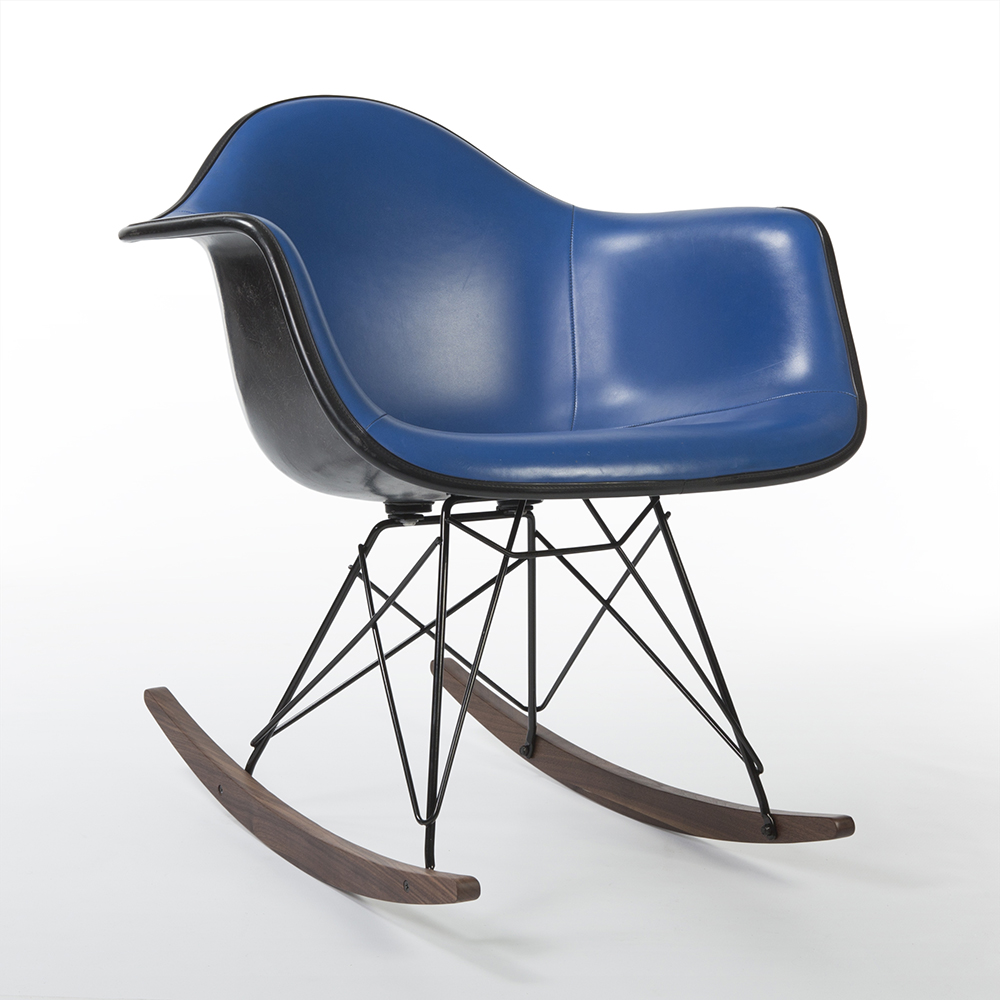 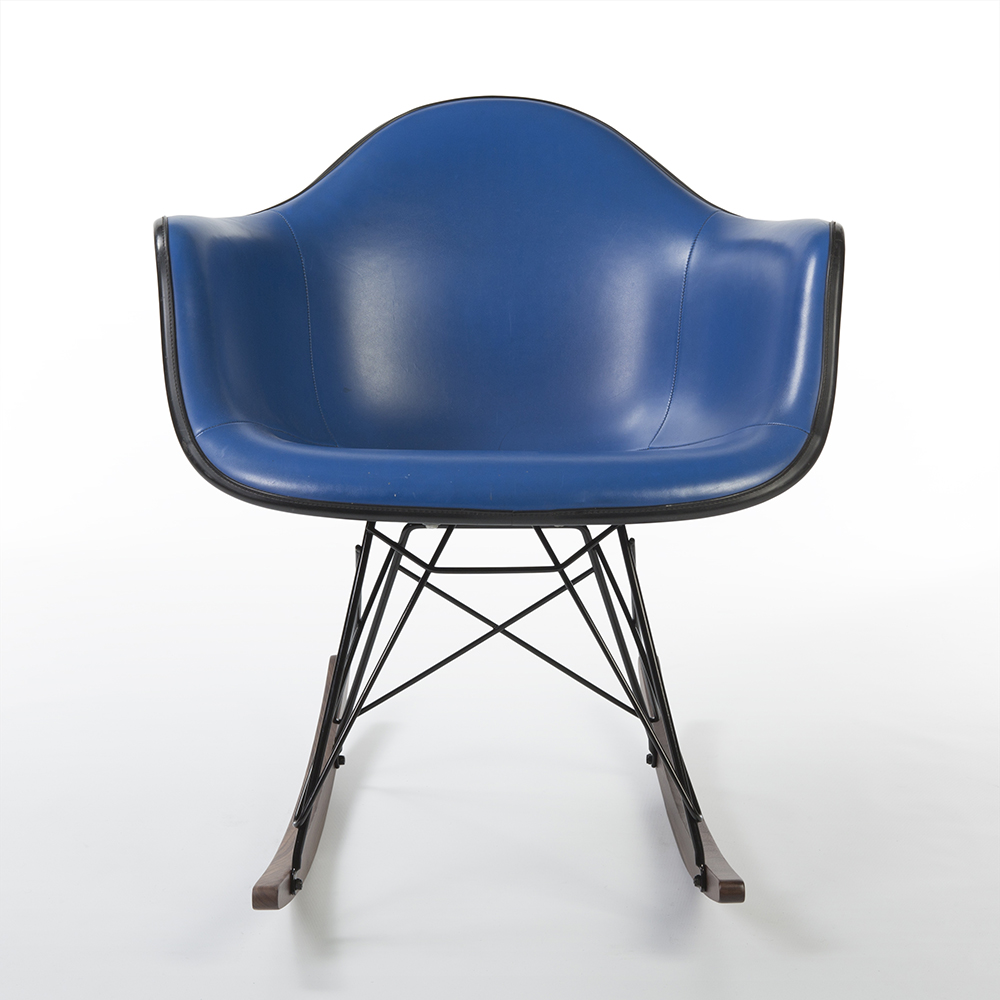 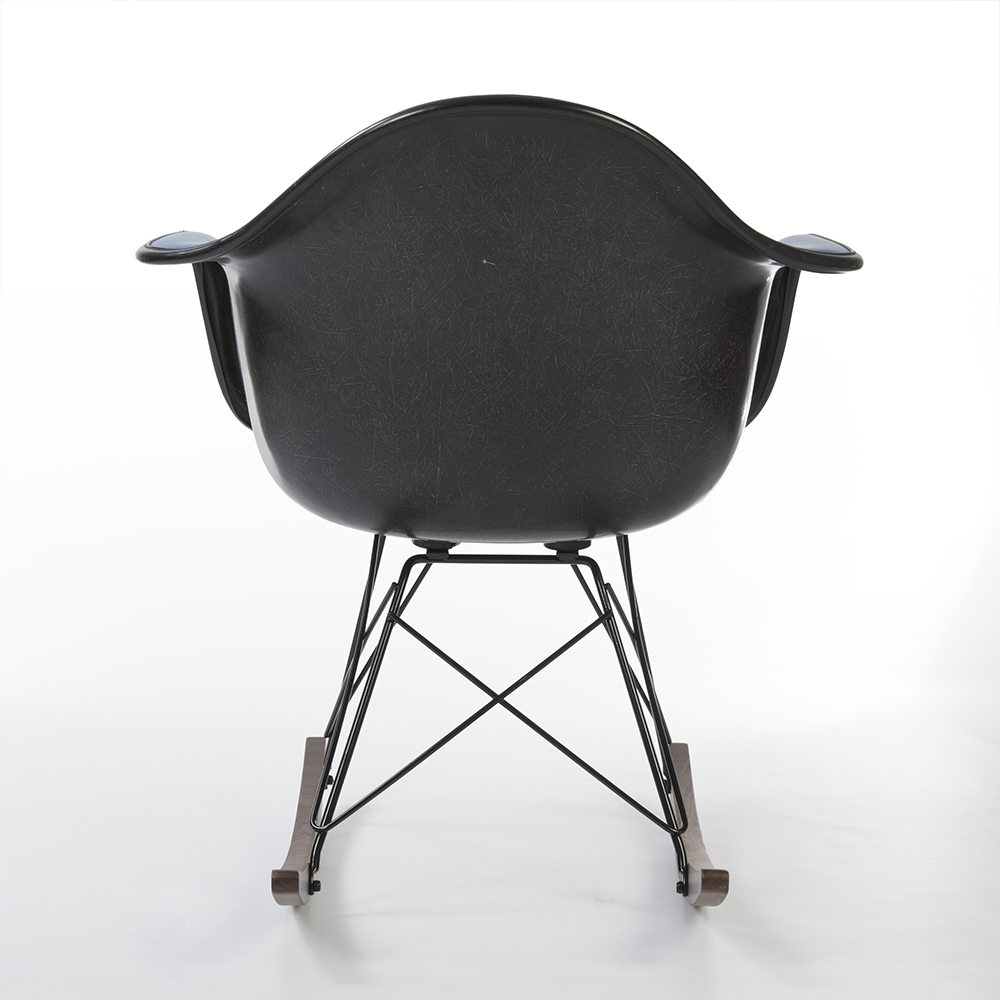 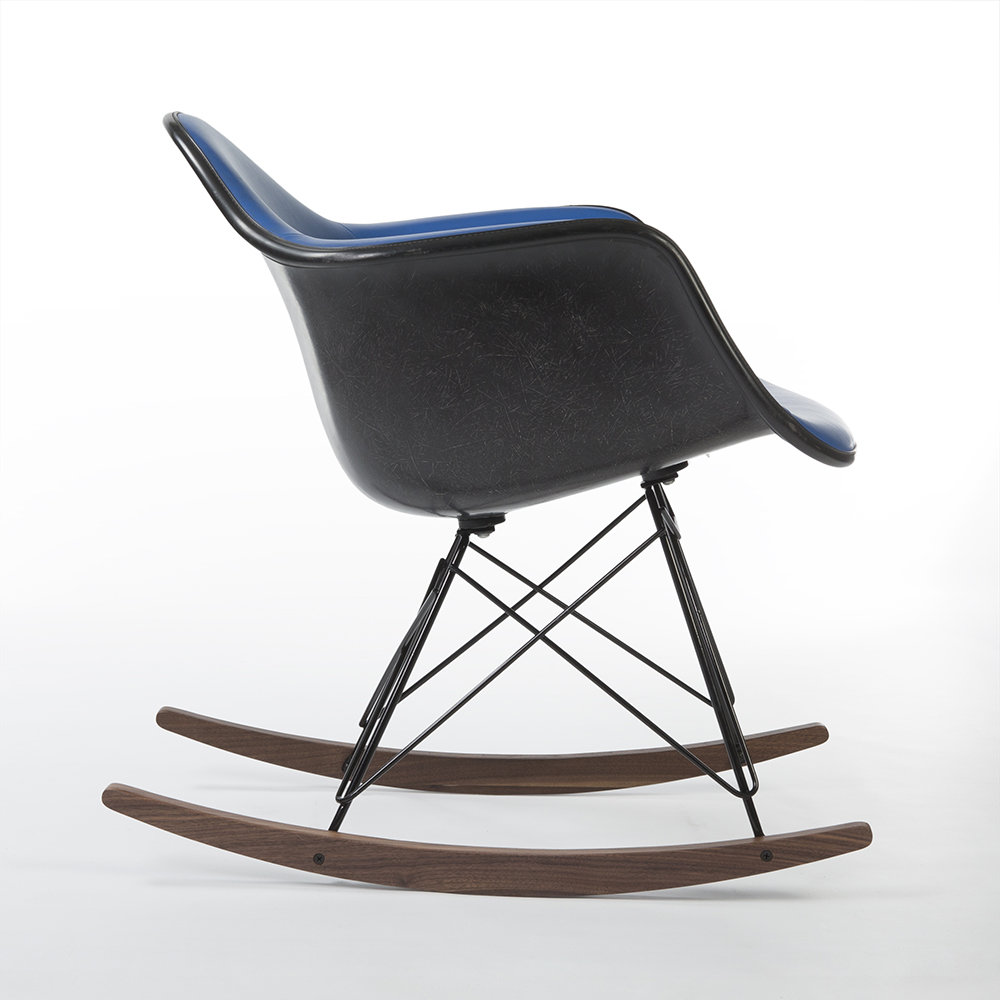 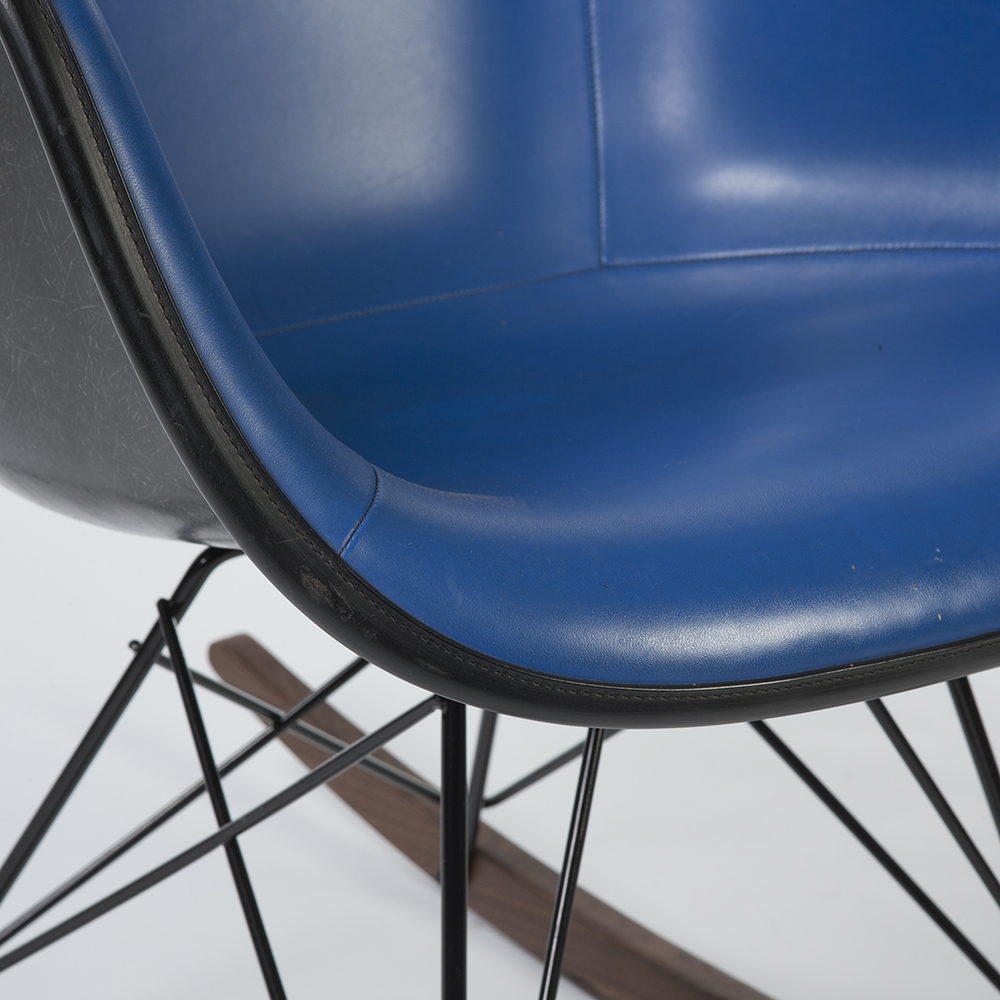 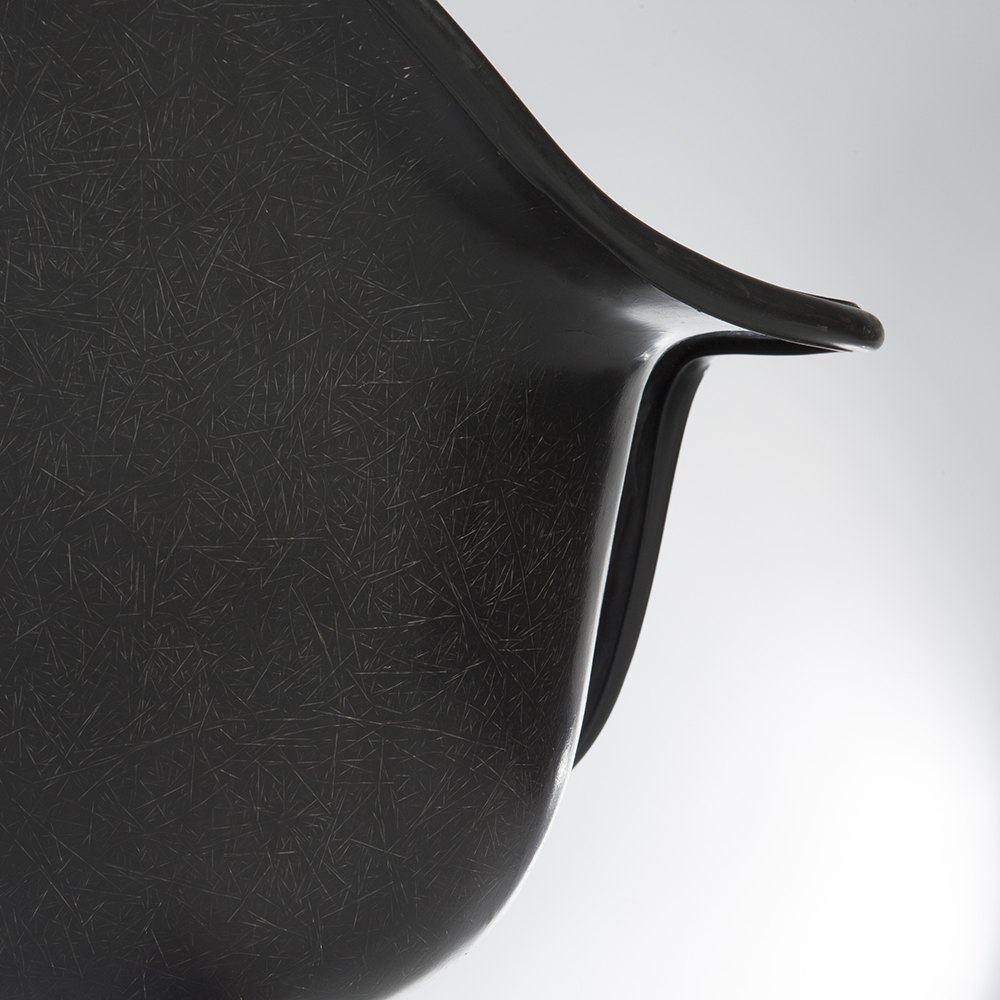 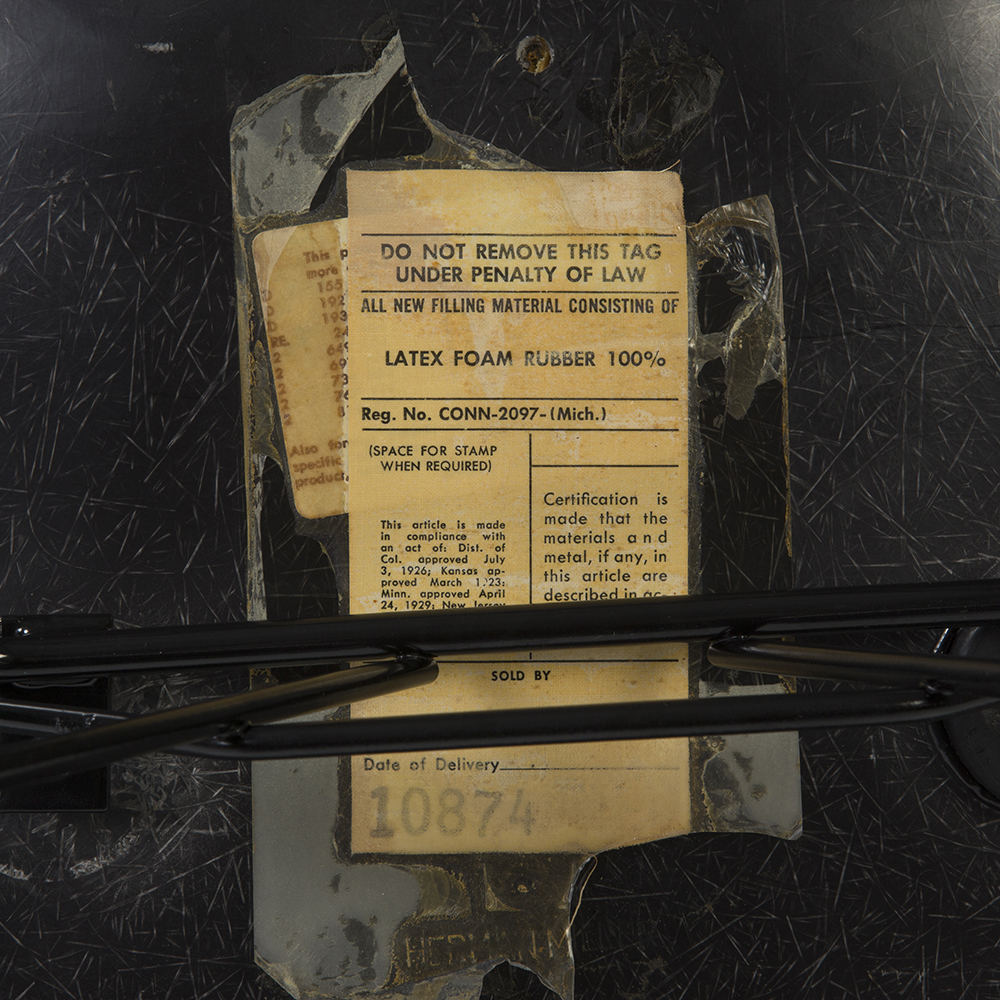