This is an example of a pair of used Original Tan Herman Miller Eames side shell chairs, complete with matching walnut wood DSW bases. This gorgeous creamy tan compliments well with the chocolate walnut dowel base, and this combination will look fantastic with a glass top table.

These gorgoeous tan chairs are a vintage classic- It does feature aged marks and a couple of aged scratches- further images are available upon request. The dowel base will provide excellent stability. The overall chair's condition is fantastic despite its vintage age.

The newer, replacement Herman Miller maple DSW base is in good used condition.

The ‘C’ stamp signifies that is produced around 1965-1978 and is of a Later Cincinnati Milacron Herman Miller Production. 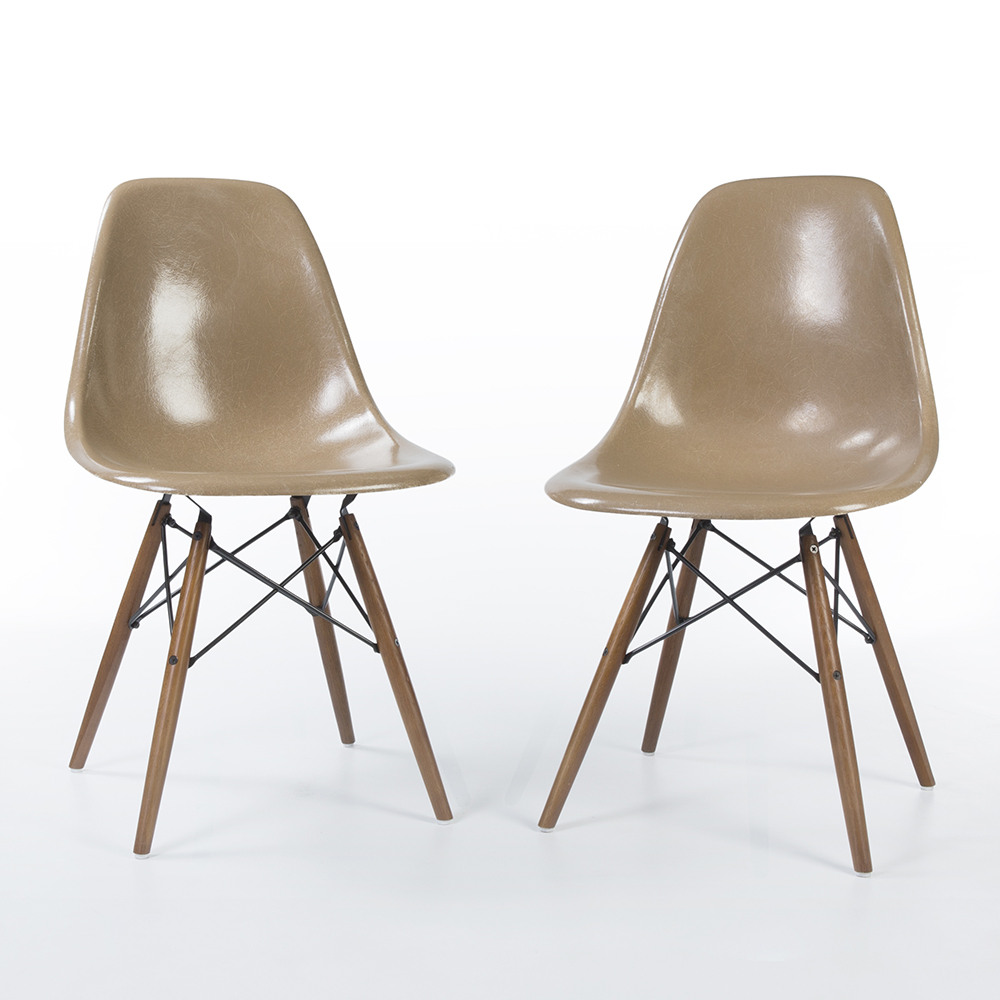 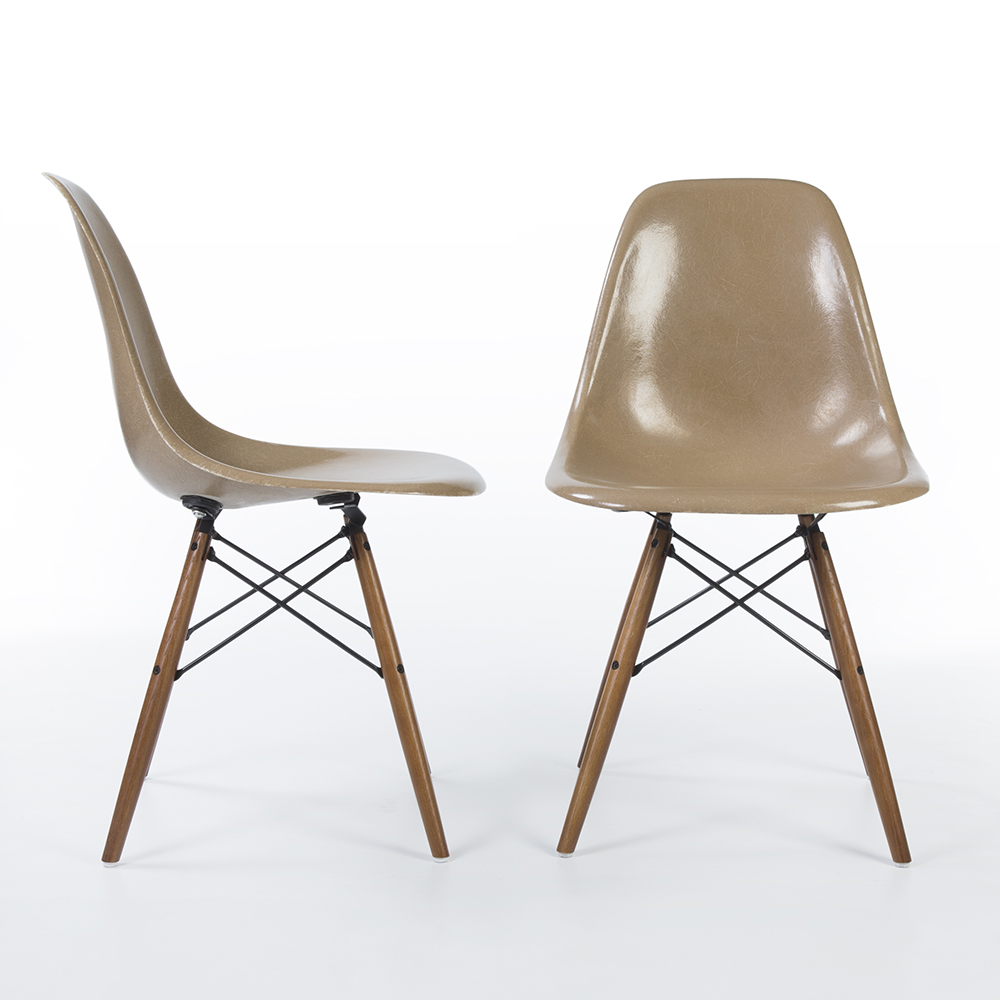 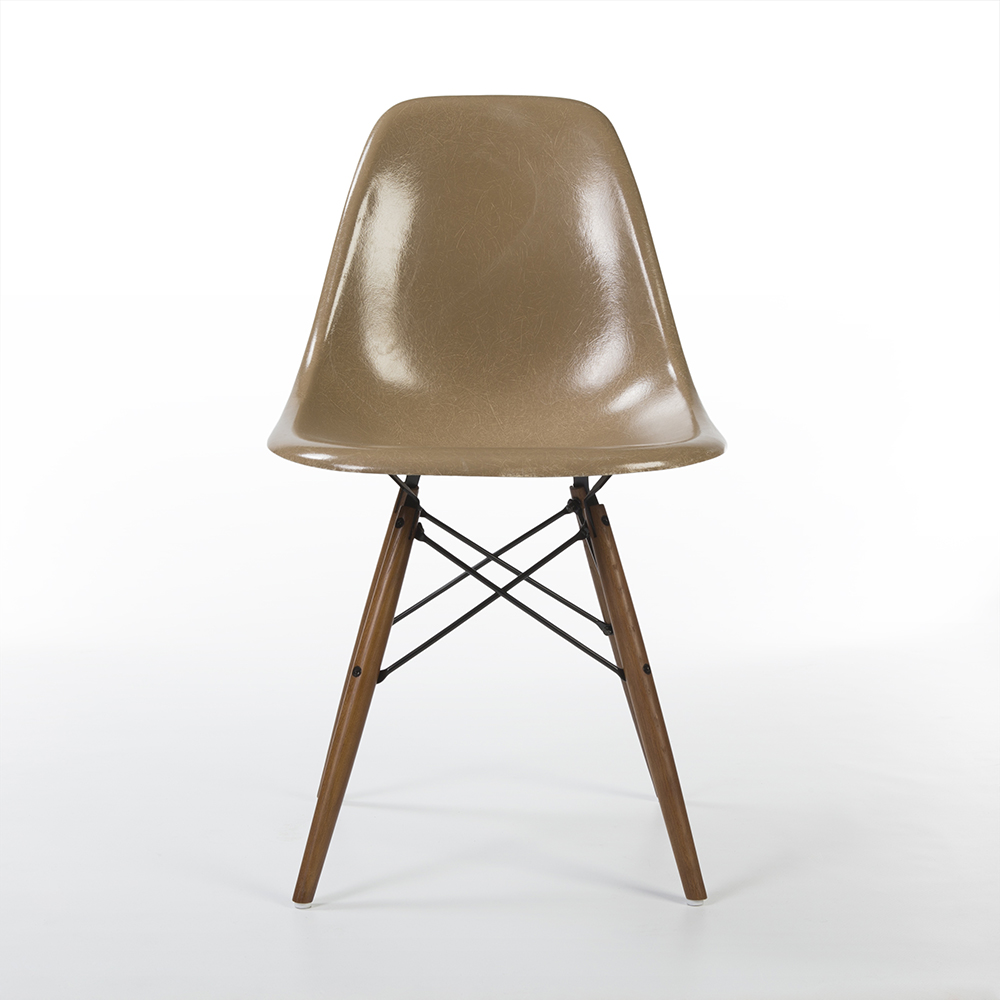 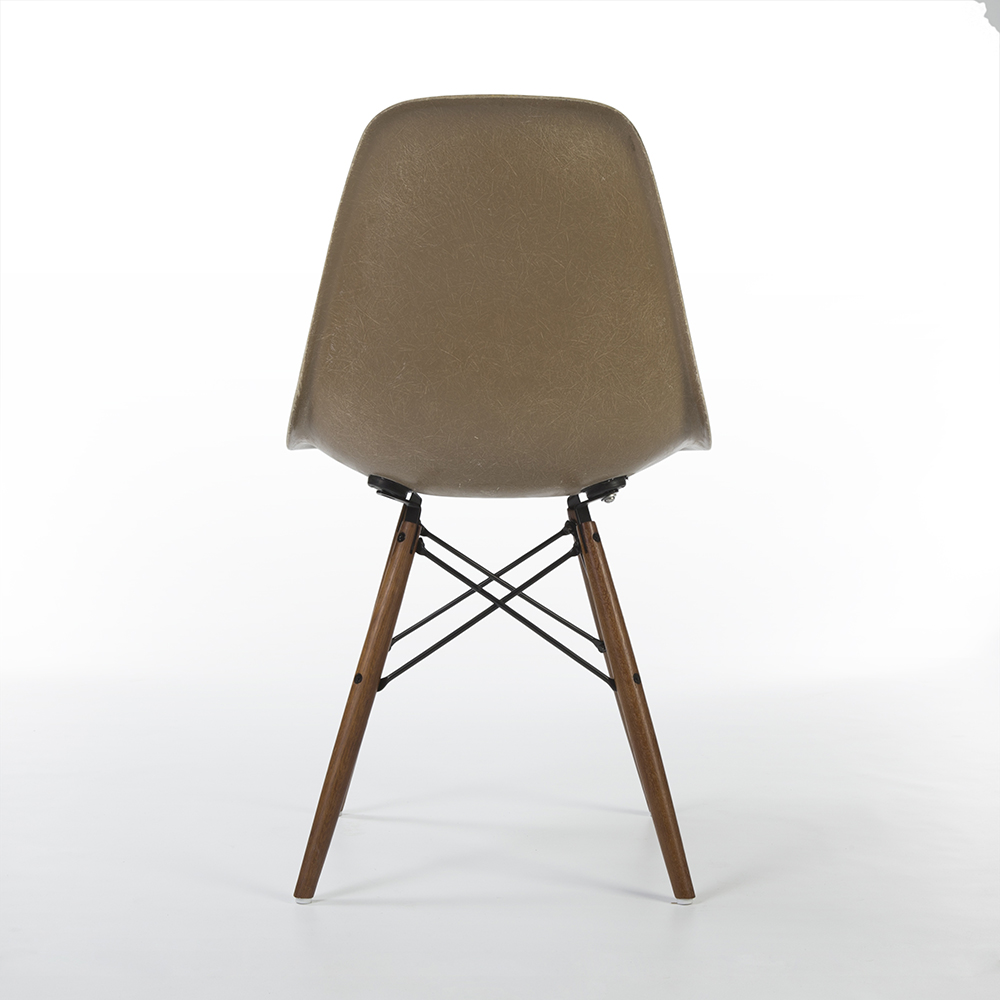 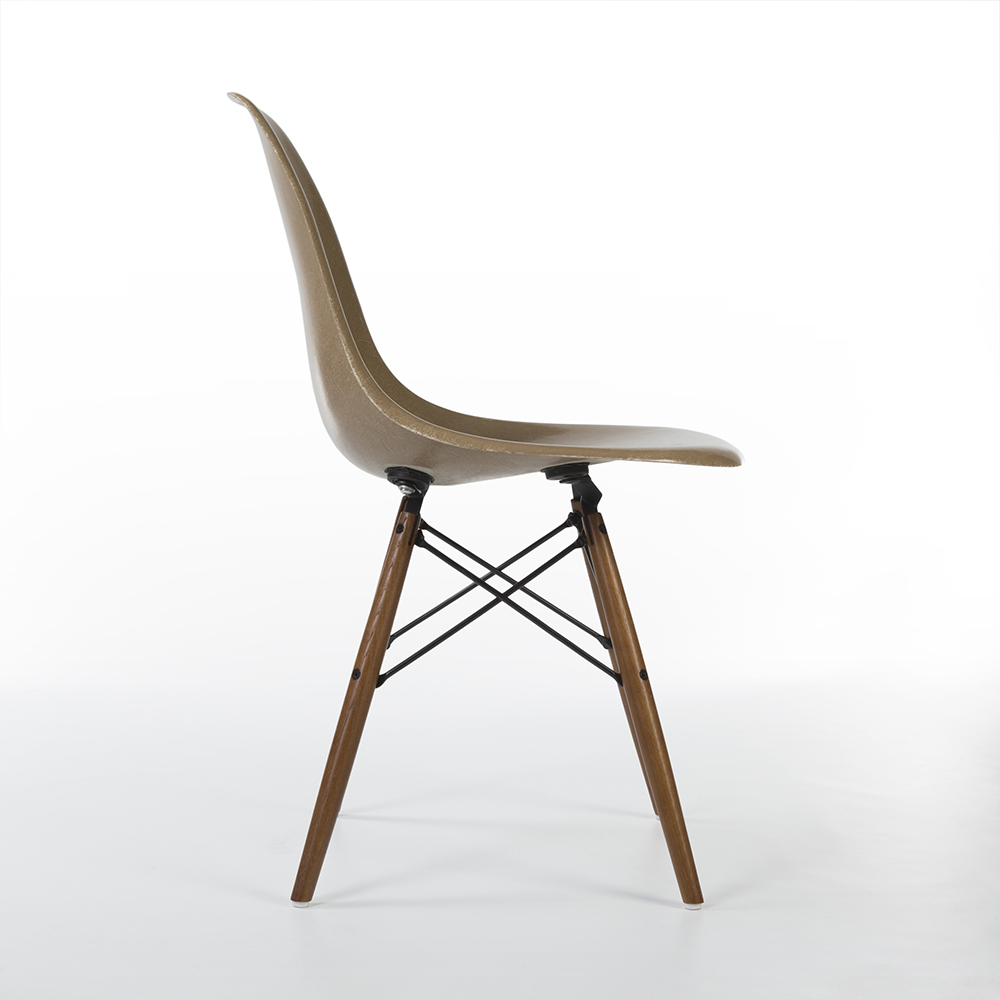 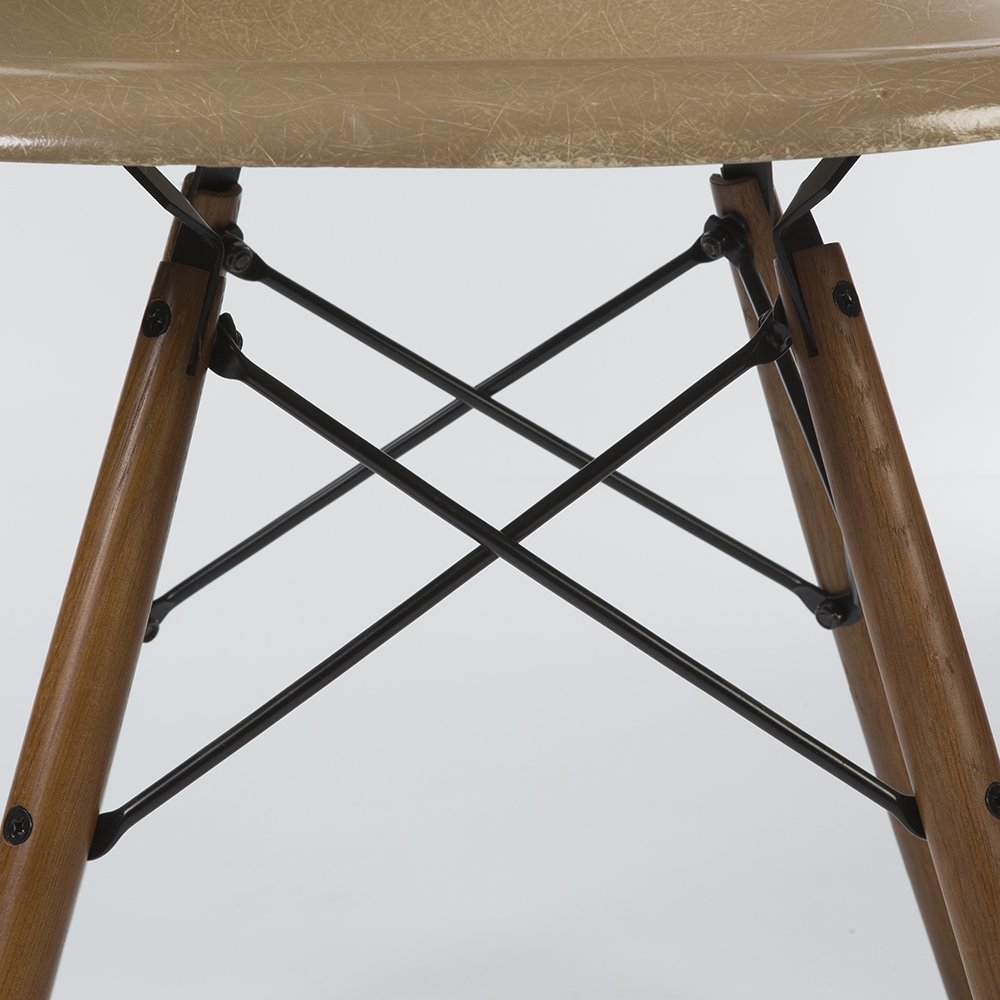 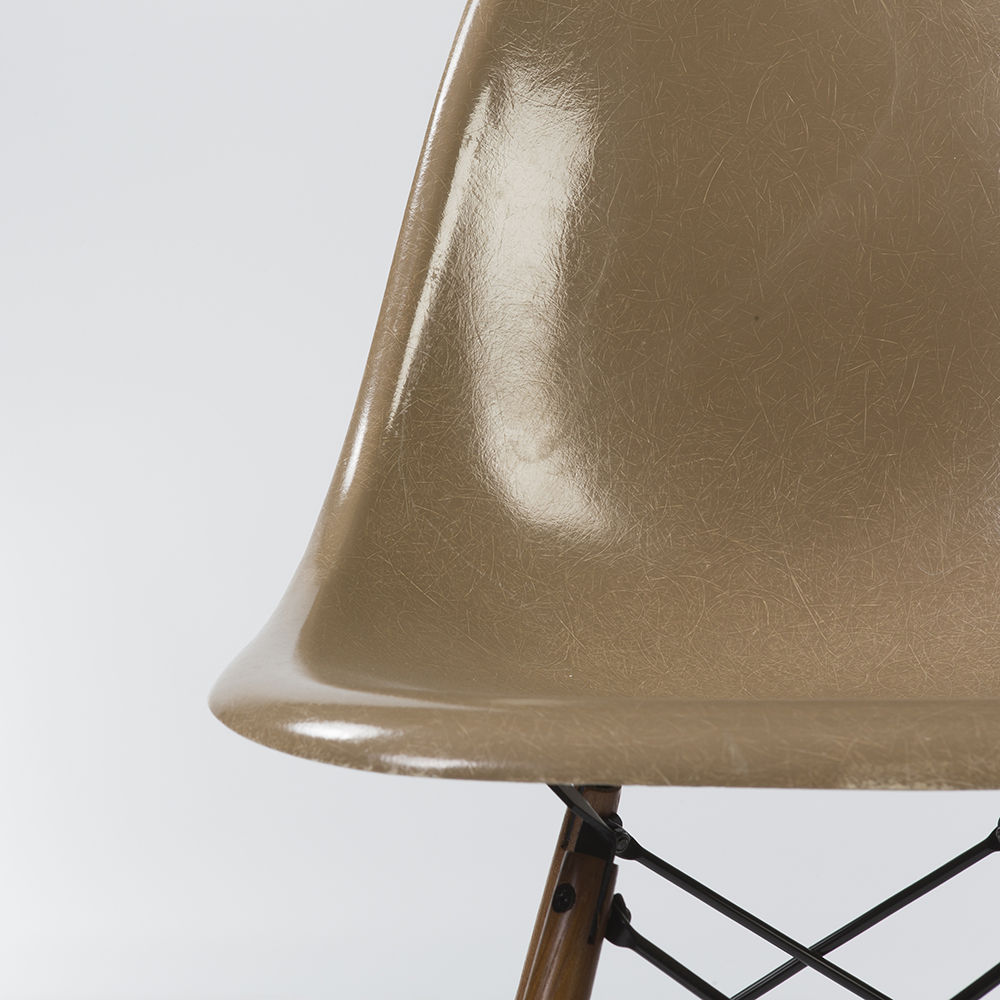 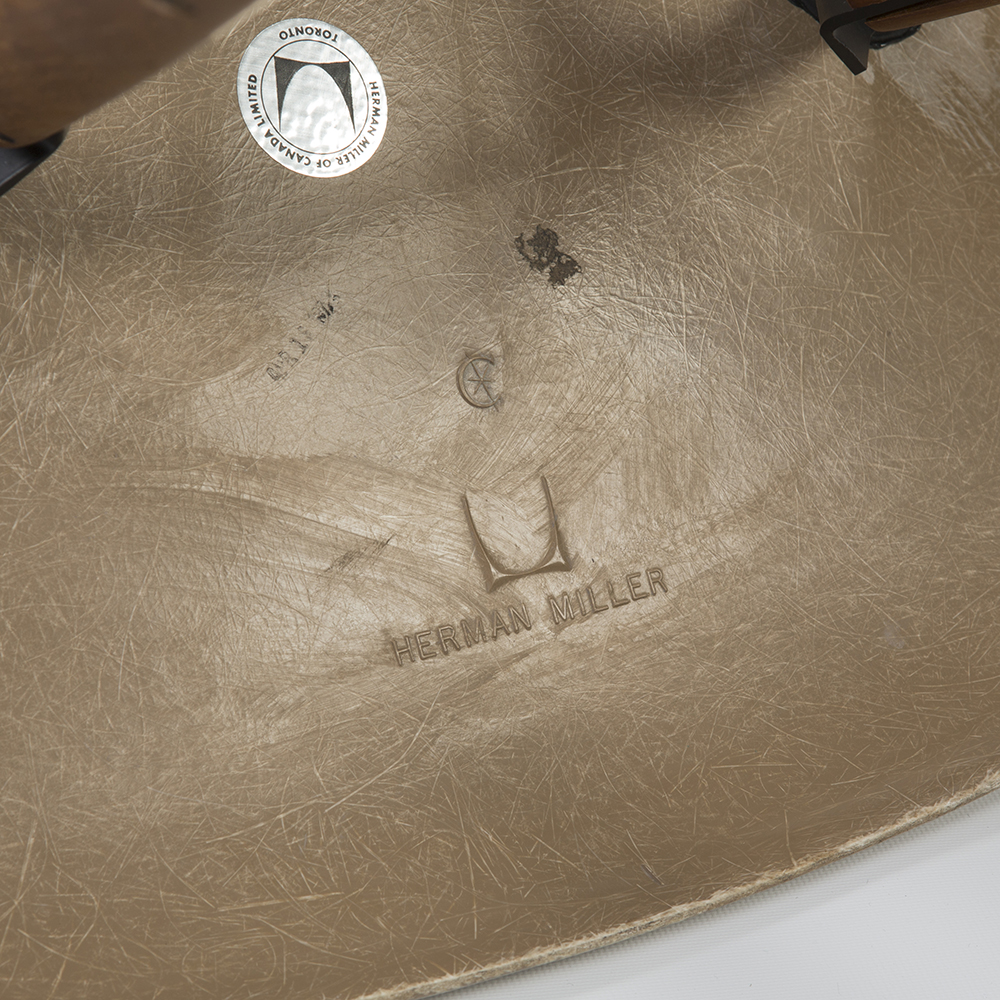