So, you need a dining chair? This original orange Eames fiberglass side shell chair by Herman Miller on a used, new, light oak DSW ‘Dowel’ base would be perfect. The stark orange shell has a wonderful colour with fantastic visible fibers which are complimented by the light oak of the DSW base.

In great vintage condition, though will benefit from a small clean. The colour has faded in some small areas of the shell, but it is not bleached through and there is still a strong element of the colour present on the shell.

The newer, replacement Herman Miller DSW base is in good used condition. 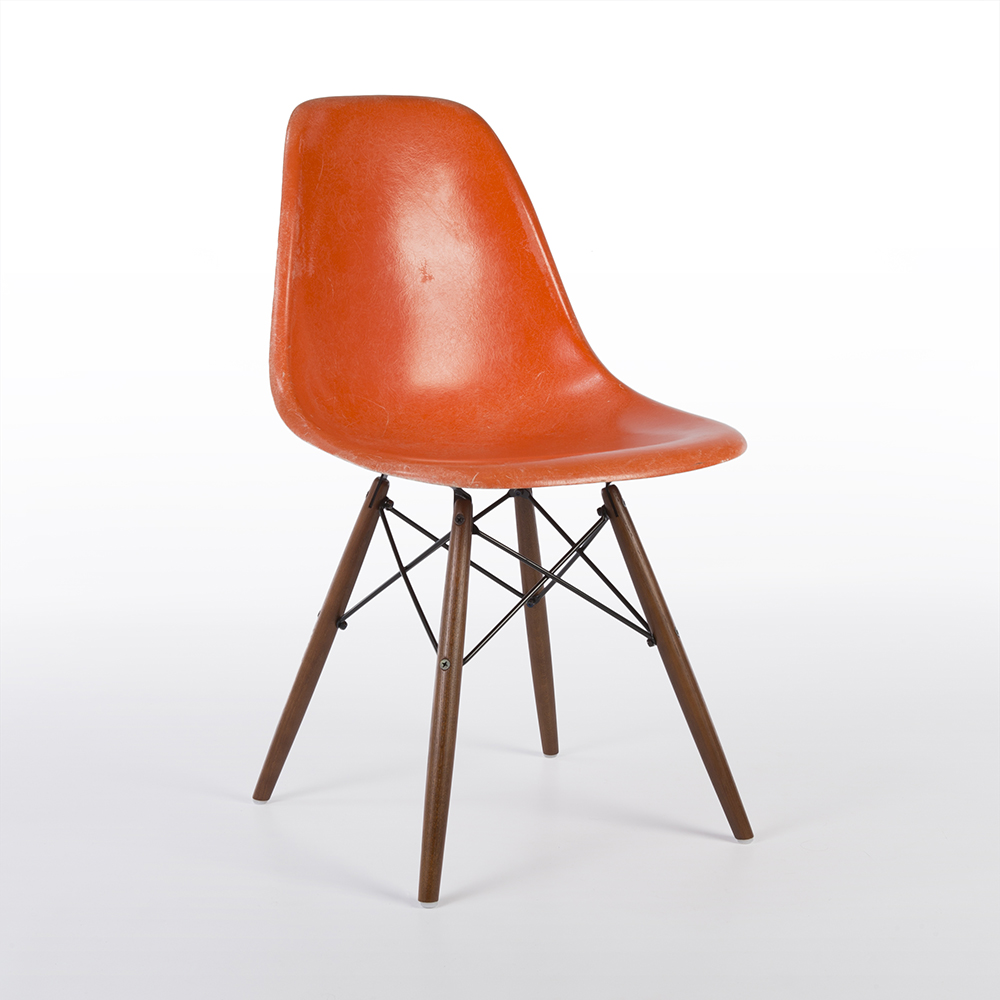 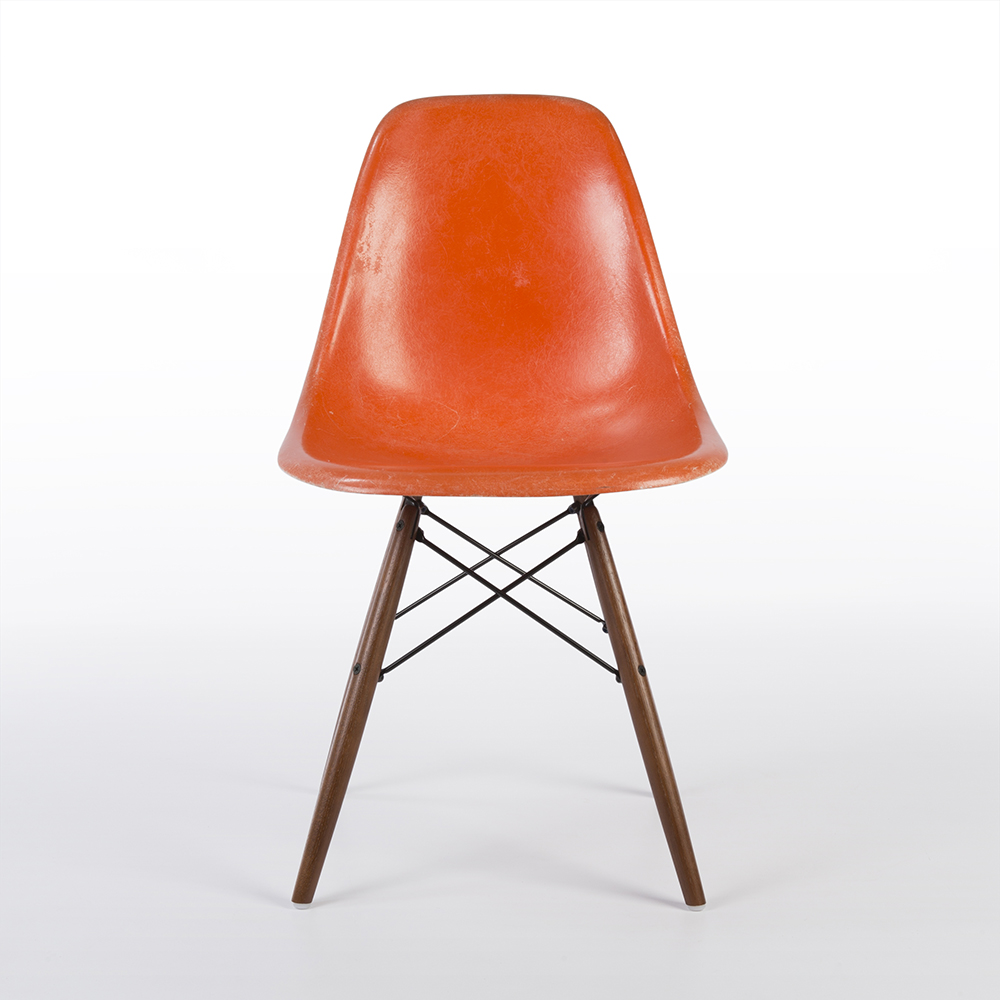 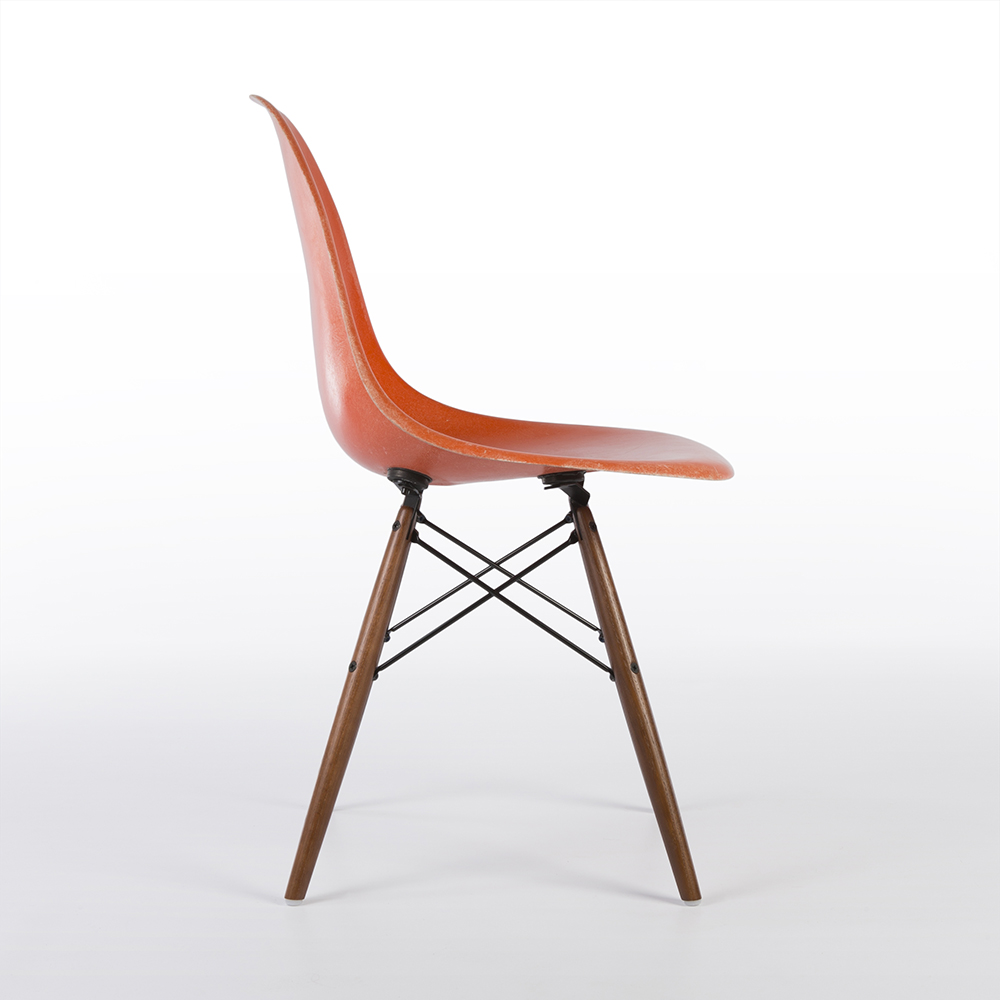 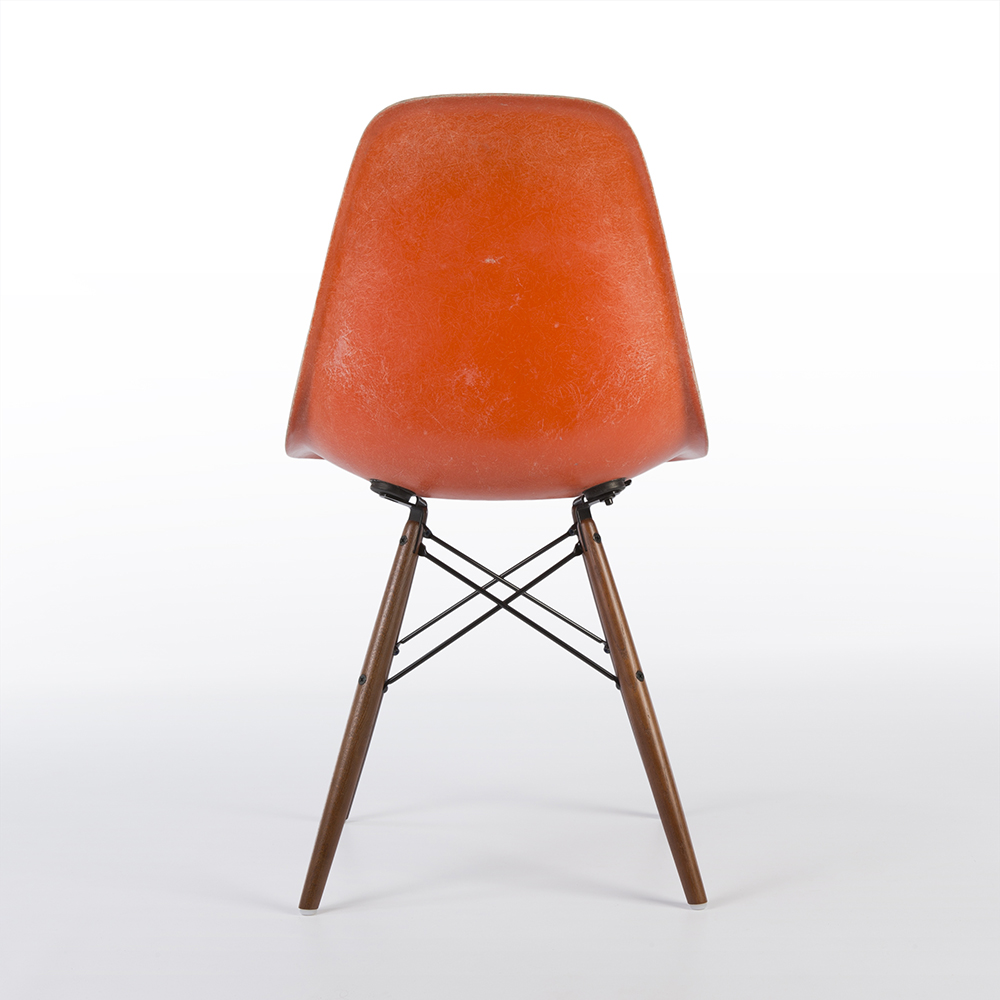 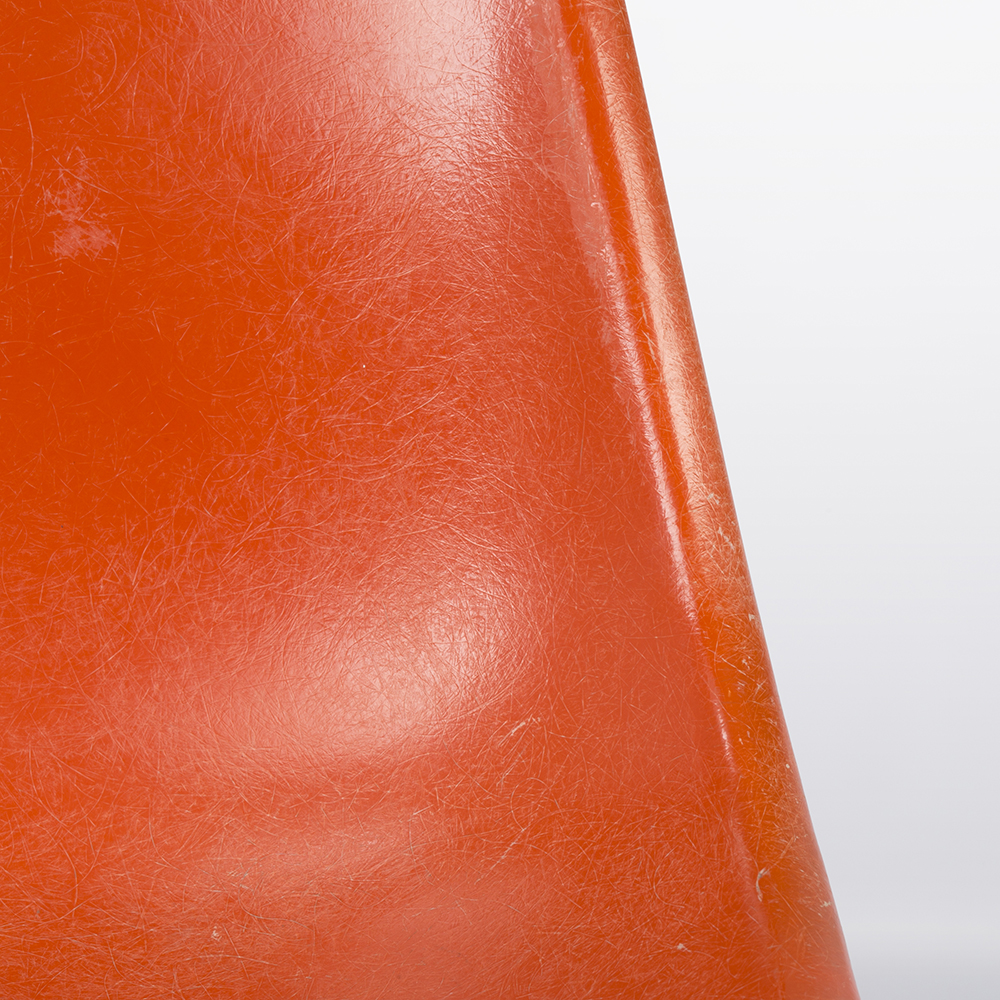 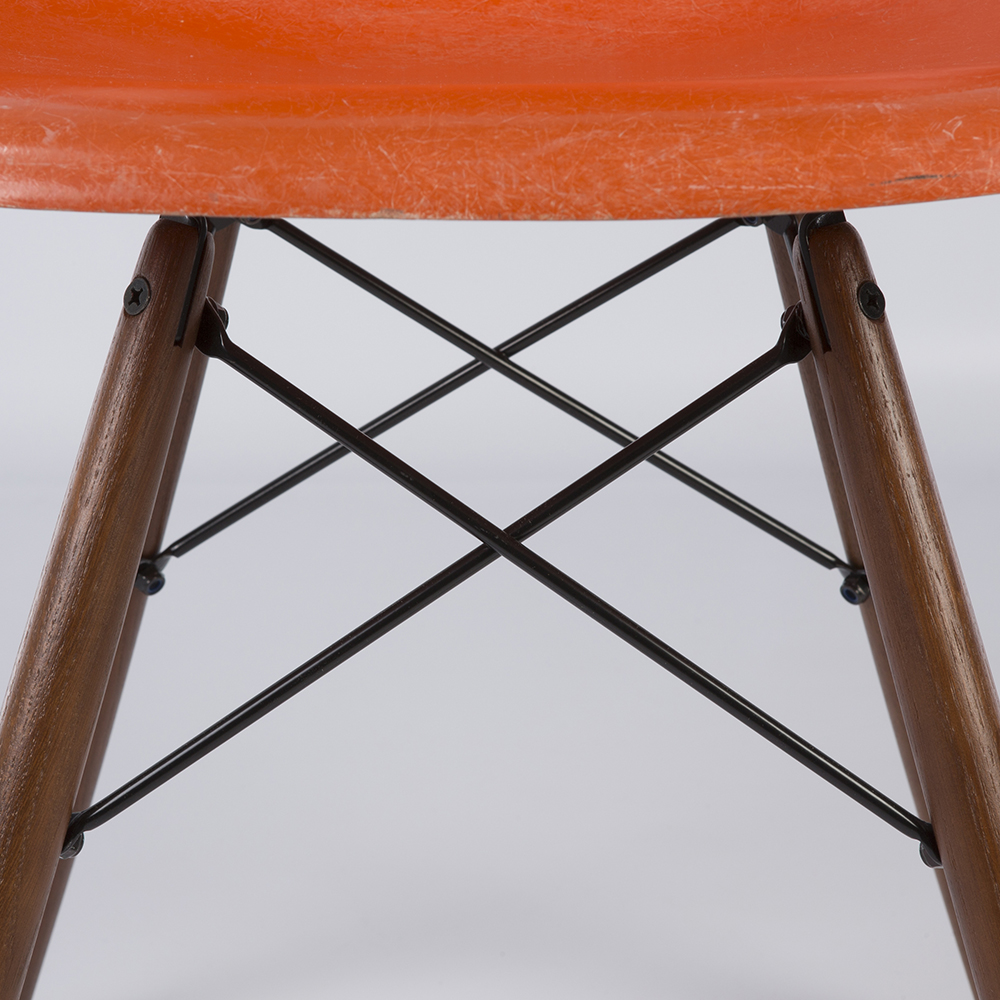 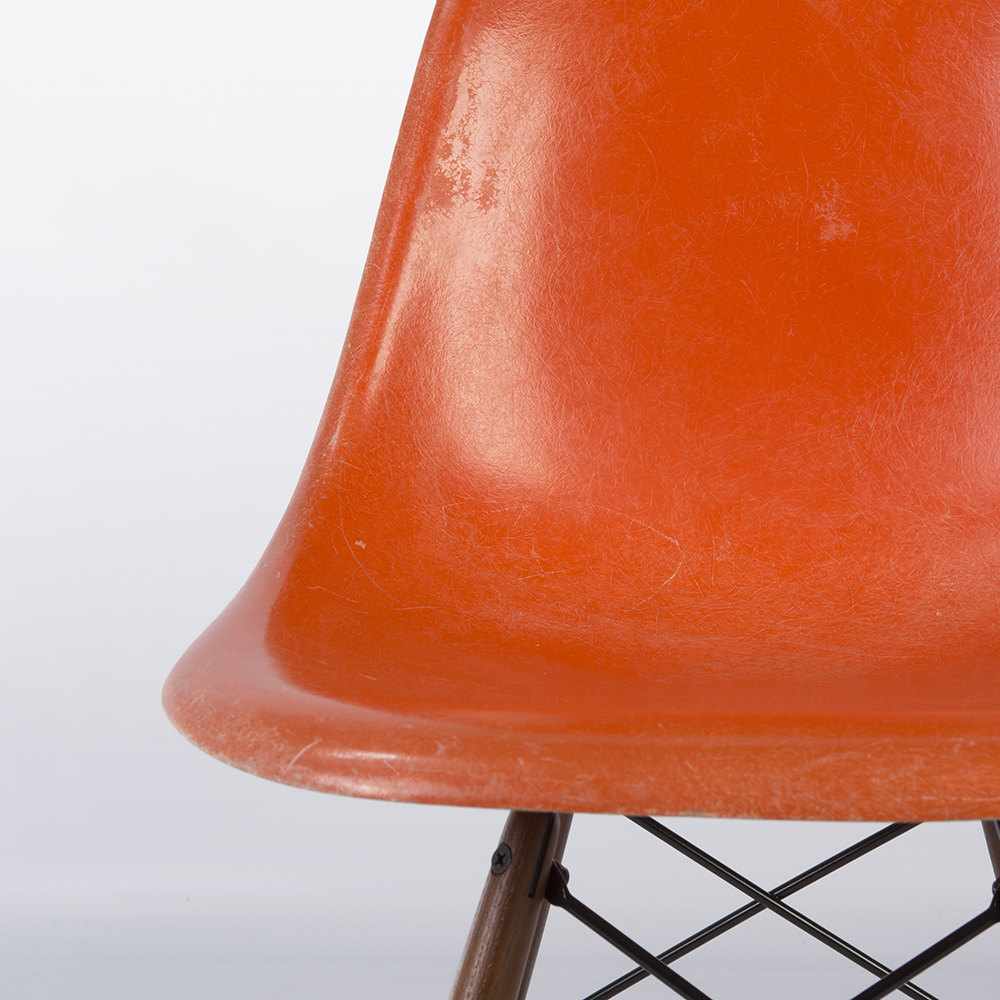 Perhaps the most coveted bases in the Eames collection, this original covered wire side chair for He...

This is a pair of used, original, Red Herman Miller Eames DSW dining chairs, with a newer, used waln...

This is a used, original, Red Herman Miller Eames DSW dining chair, with a newer, used walnut DSW do...