This is a pair of original Vintage Elephant Grey Eames side shell chairs for Herman Miller looks amazing on its used walnut DSW base. One of the most popularised colours in the Eames fiberglass series, this DSW dining chair is a versatile piece and will suit any interior style. 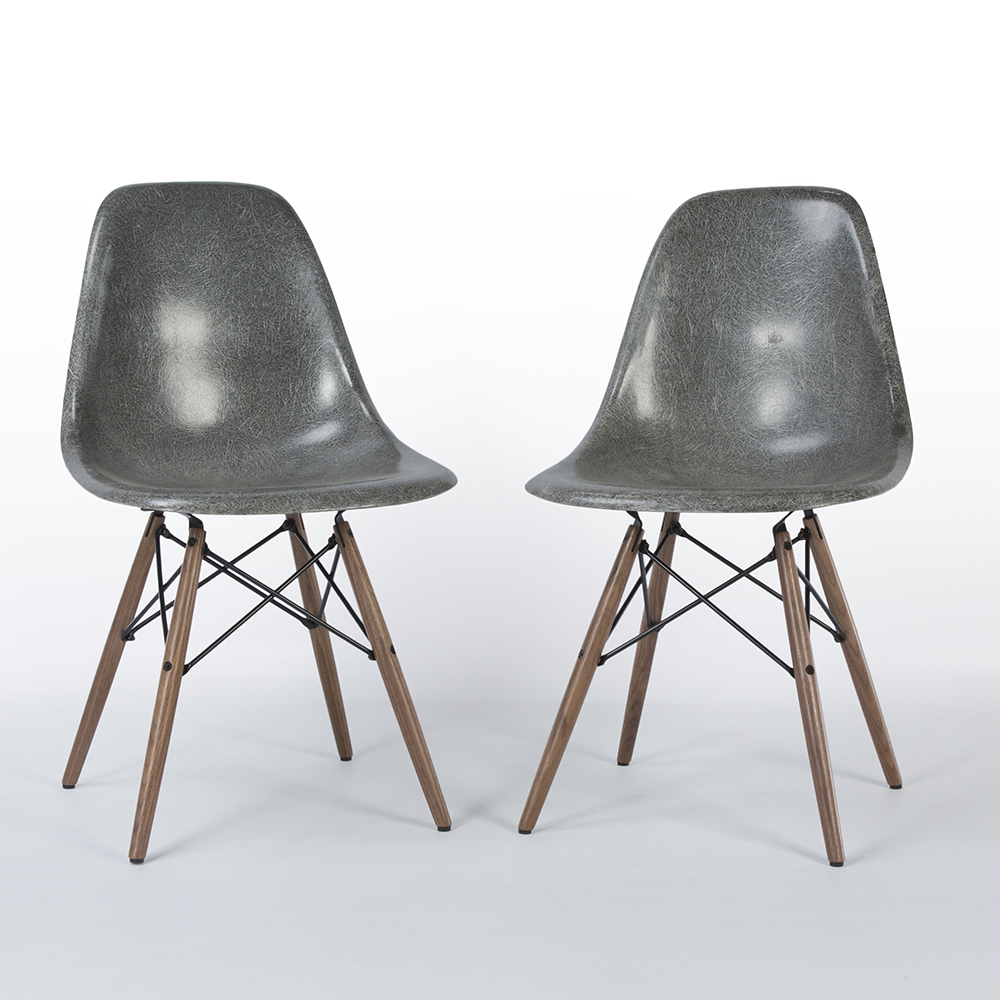 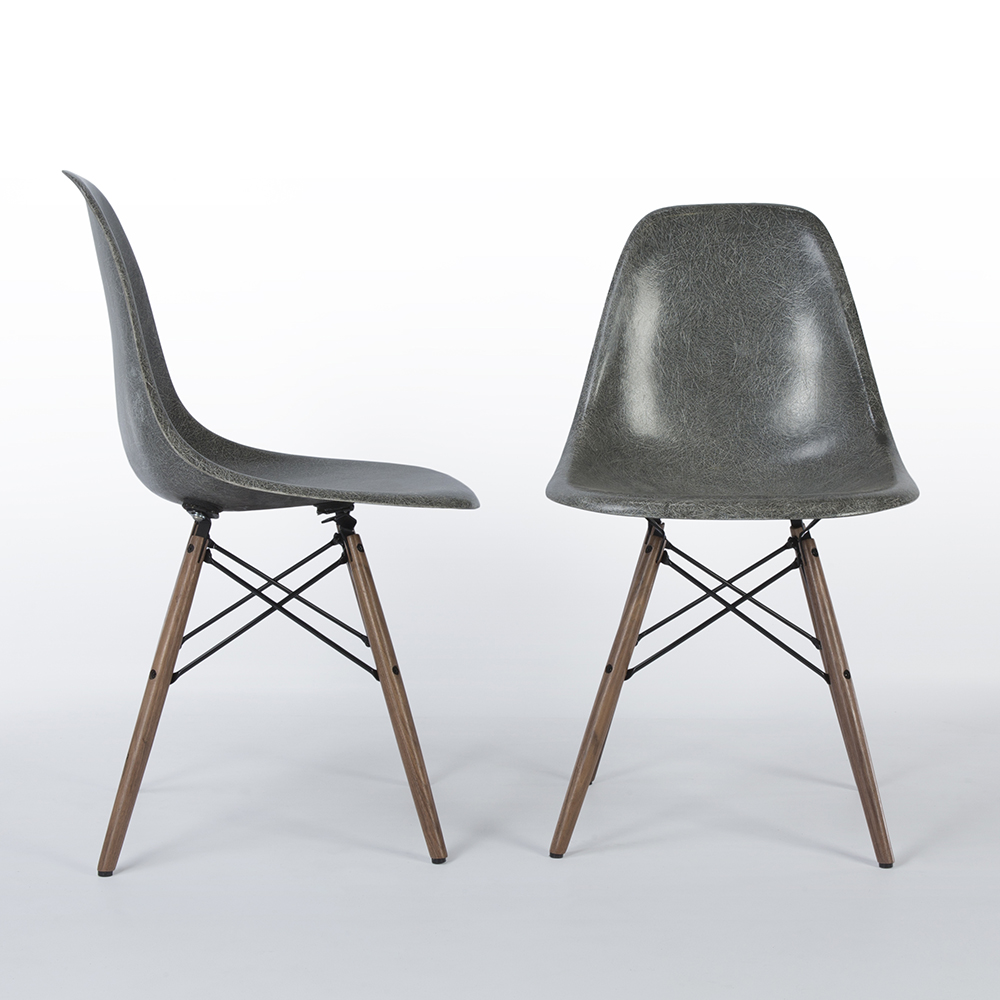 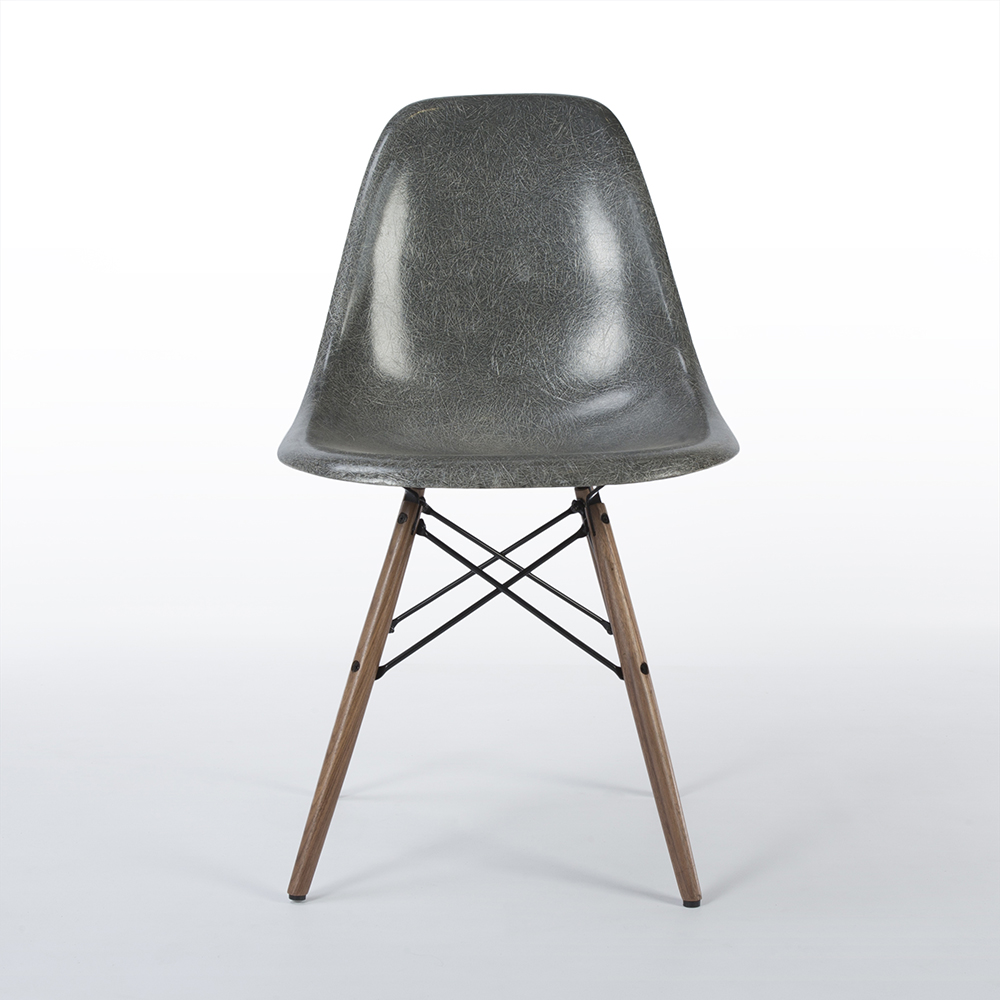 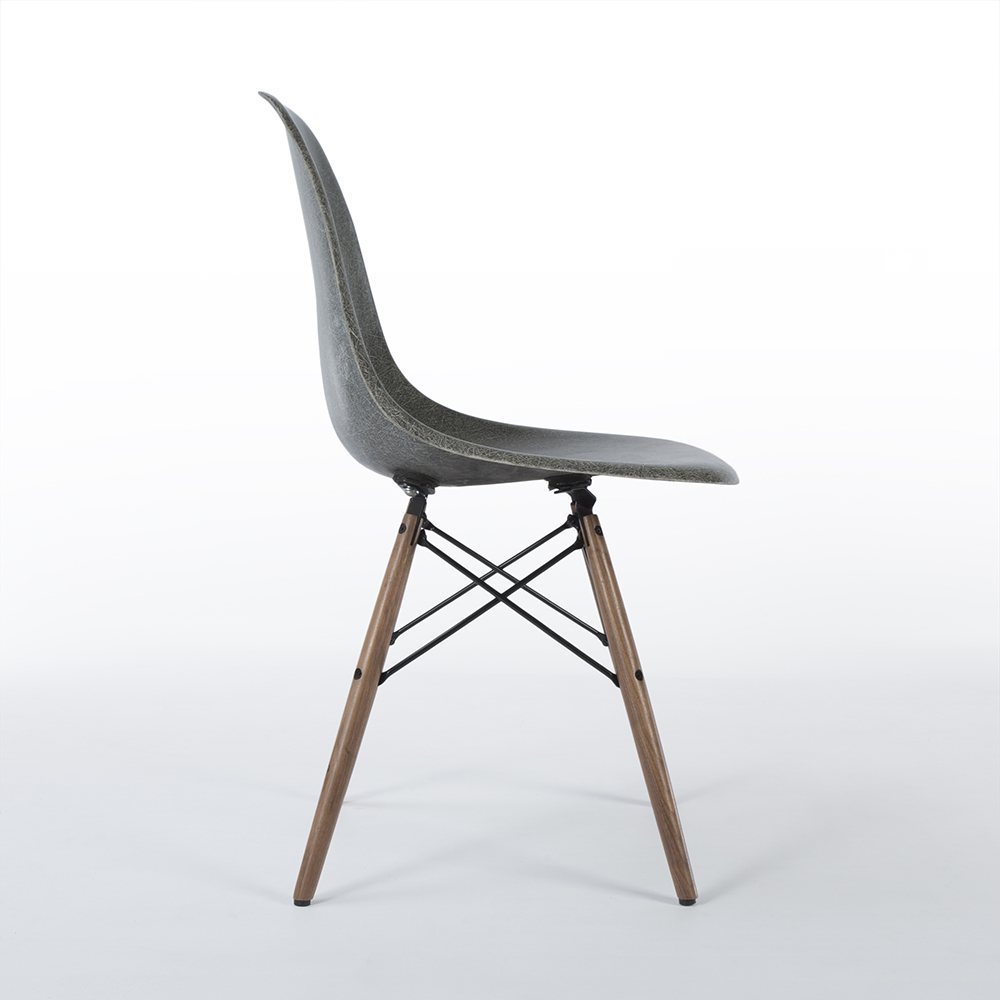 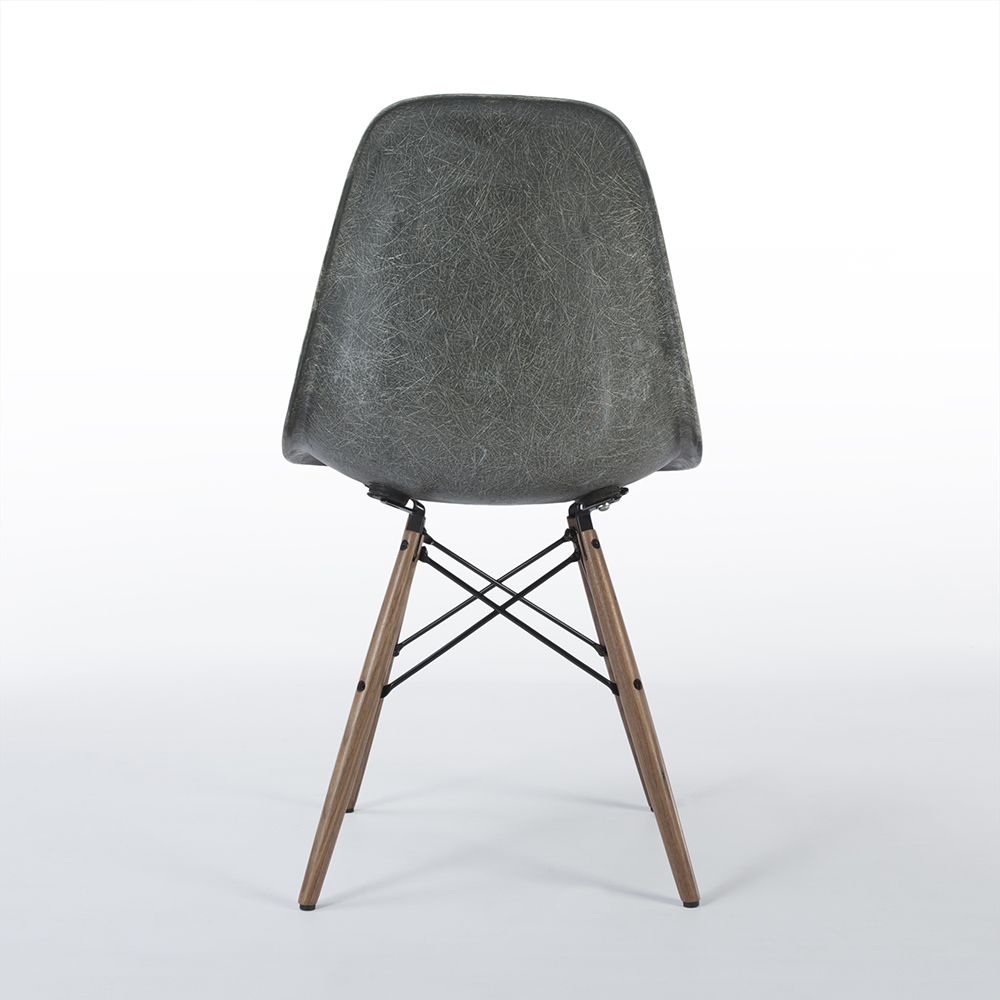 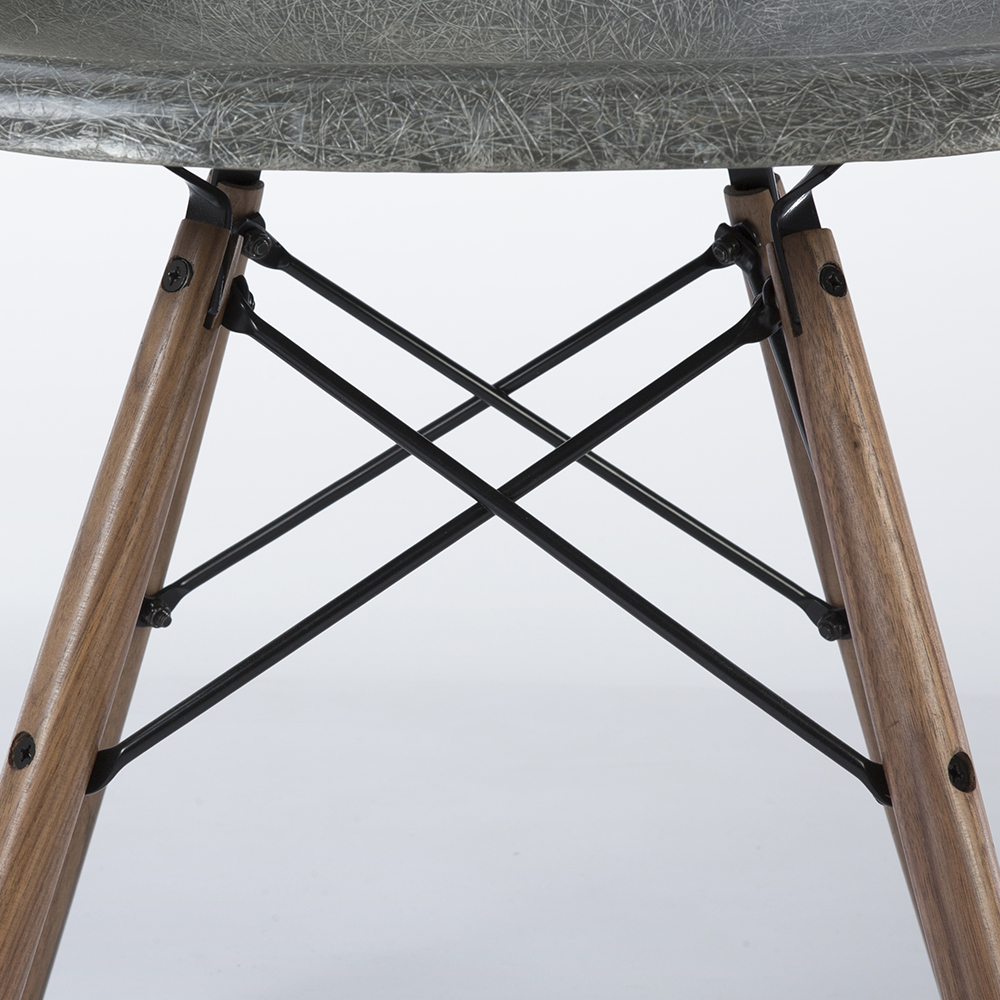 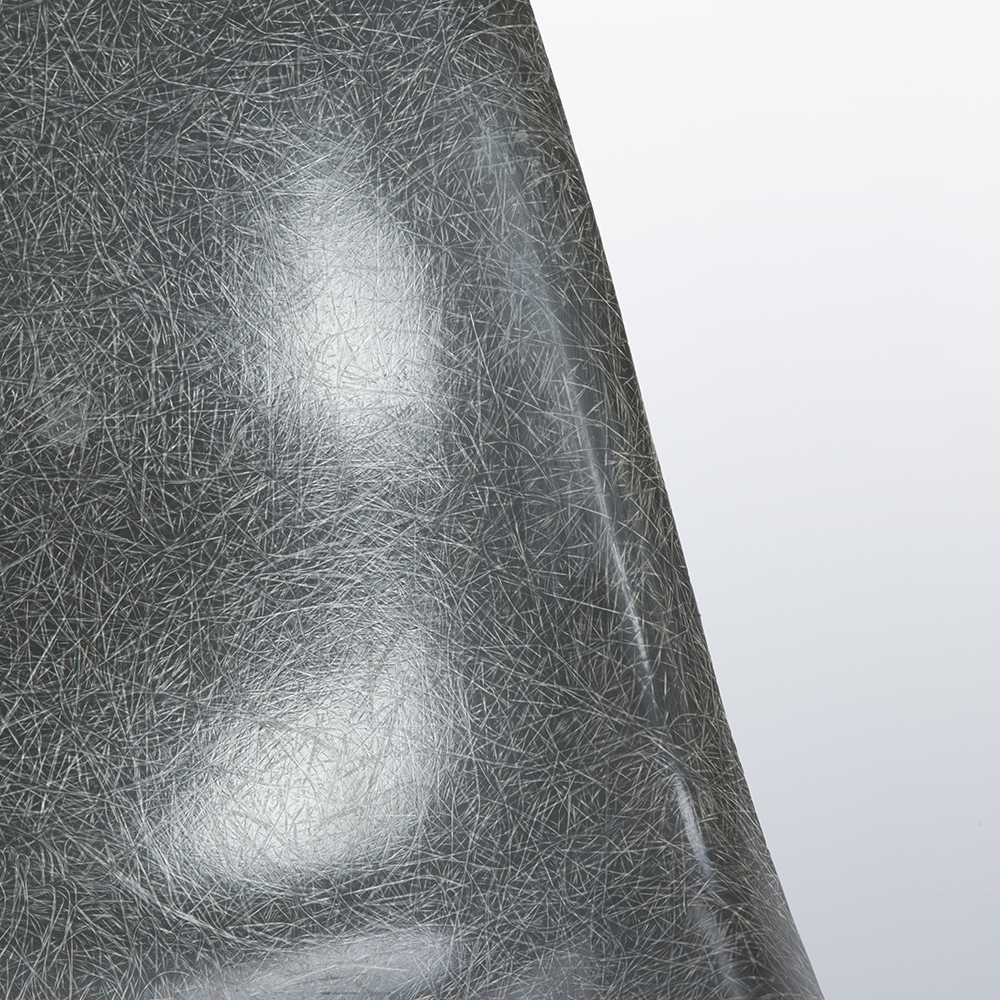 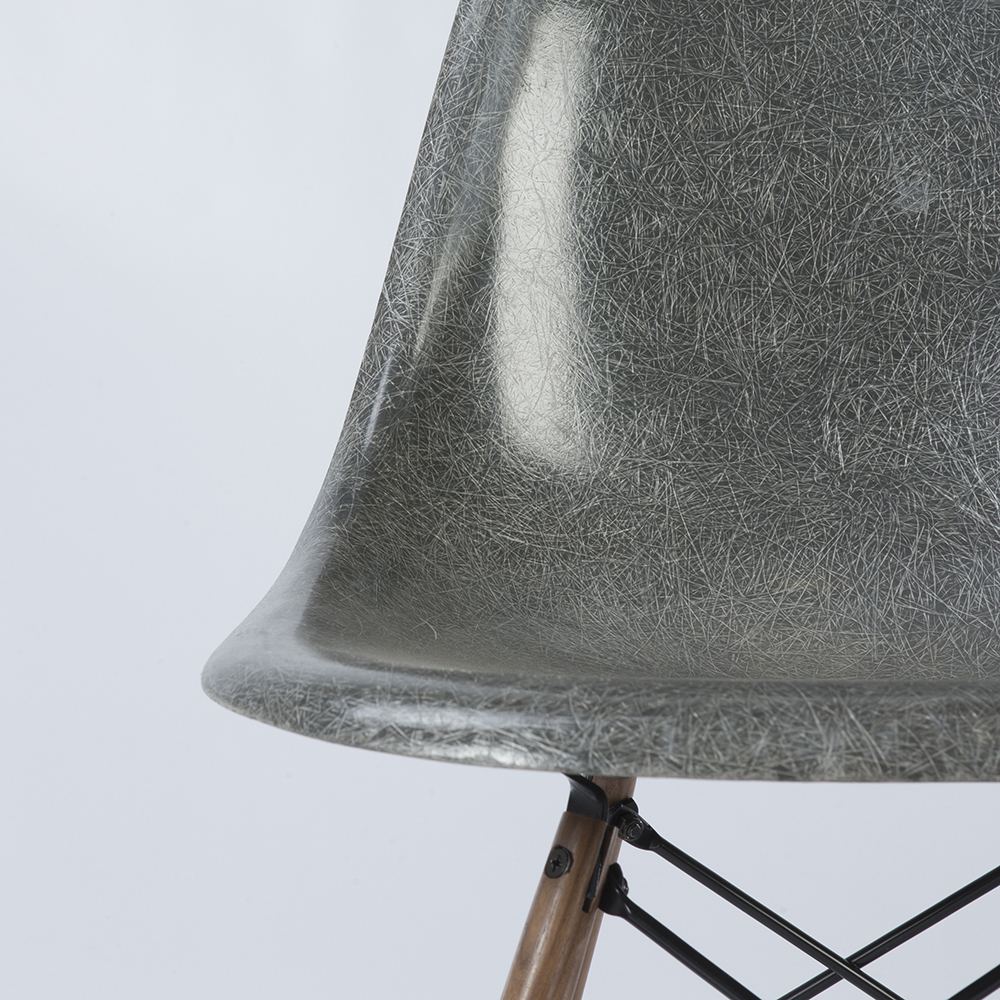 The classic and iconic combination, a vintage, early black leather and gorgeous rosewood Eames for H...