A pair of used, original Herman Miller Eames light Cadmium Green side shell chairs, on a newer, used walnut DSW base. Differ slightly from the other Cadmium Green DSW, this pair is a gorgeous shade of green and would make a wonderful addition to your dining room.

This cadmium green shells are in a good used condition, with no major marks or scratches. The colour has faded slightly, however it is expected with its vintage age. The newer, replacement Herman Miller DSW bases are in good used condition.

The ‘C’ stamp is an example of a Later Cincinnati Milacron Star, manufactured between 1965-1978. 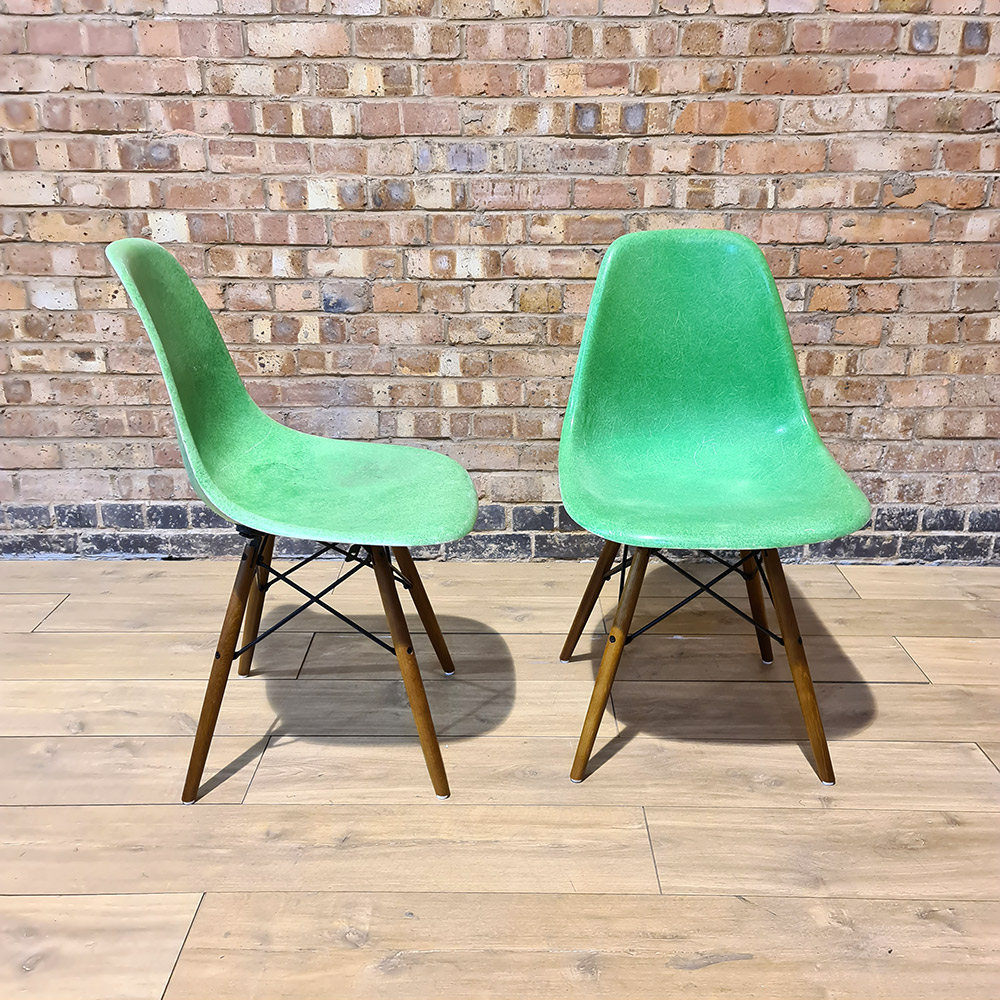 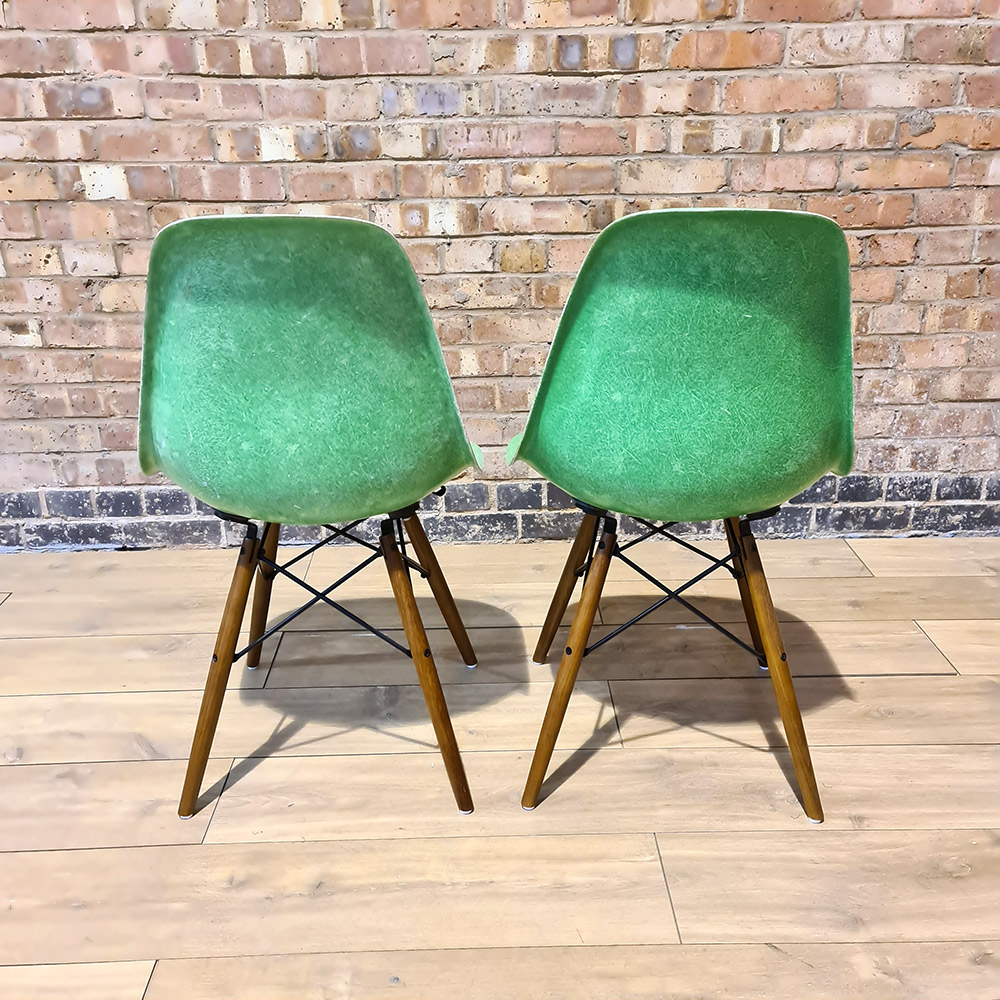 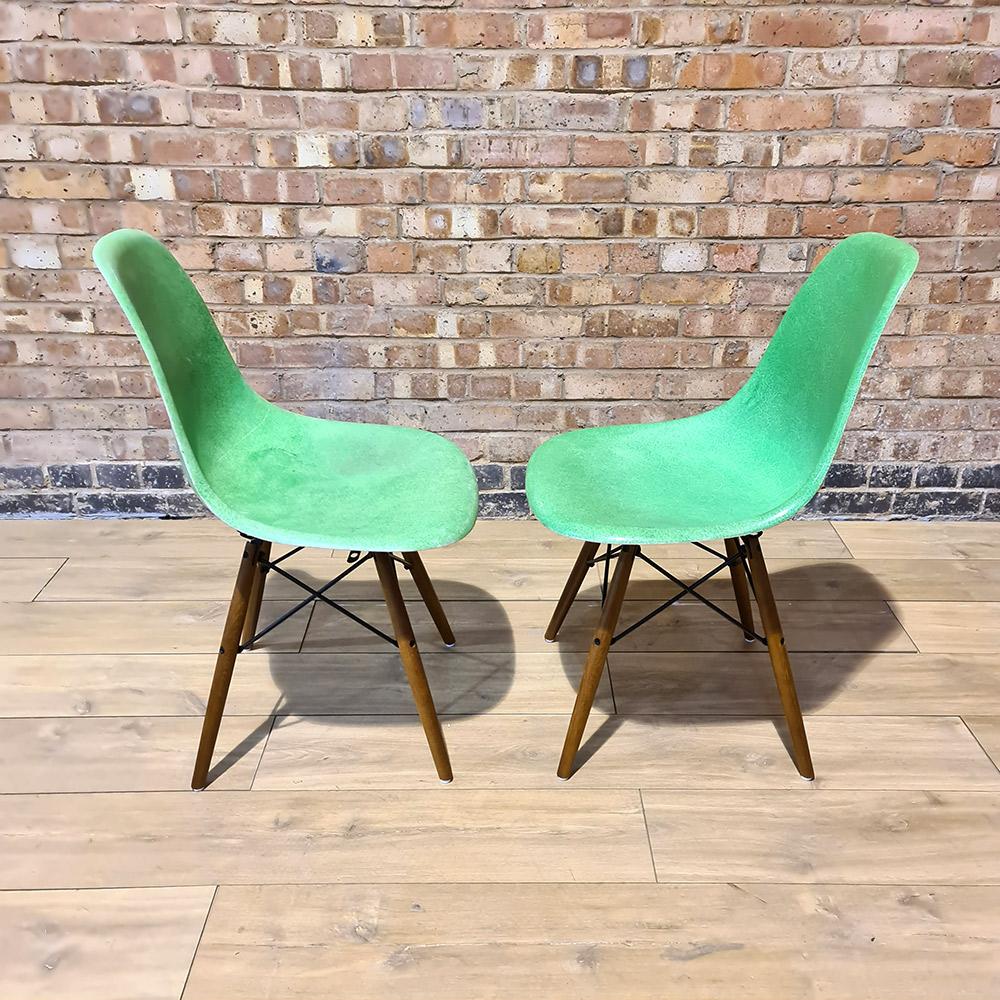 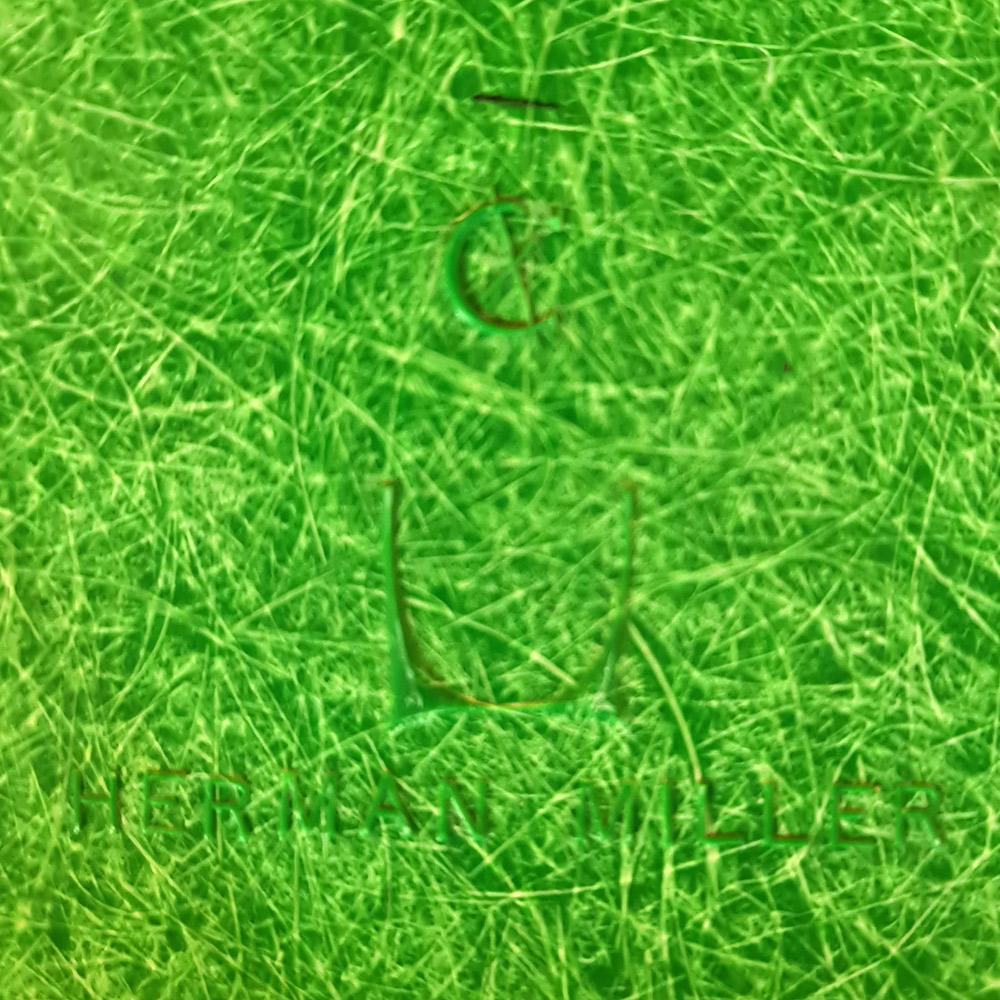