These are used, vintage, original Elephant Grey Eames for Herman Miller fiberglass dining side shells perched on some used, walnut DSW bases, the perfect chairs. As one of the original colours, this elephant grey is a very versatile and popular choice, a wonderful piece which will suit a modernised house.

Due to its vintage qualities, there are some scratches on the surface, and may have some discolouration on the shell consistent with its age and usage - further images are available upon request. Despite the marks, the chair remains in good condition, which should still be a very good investment. 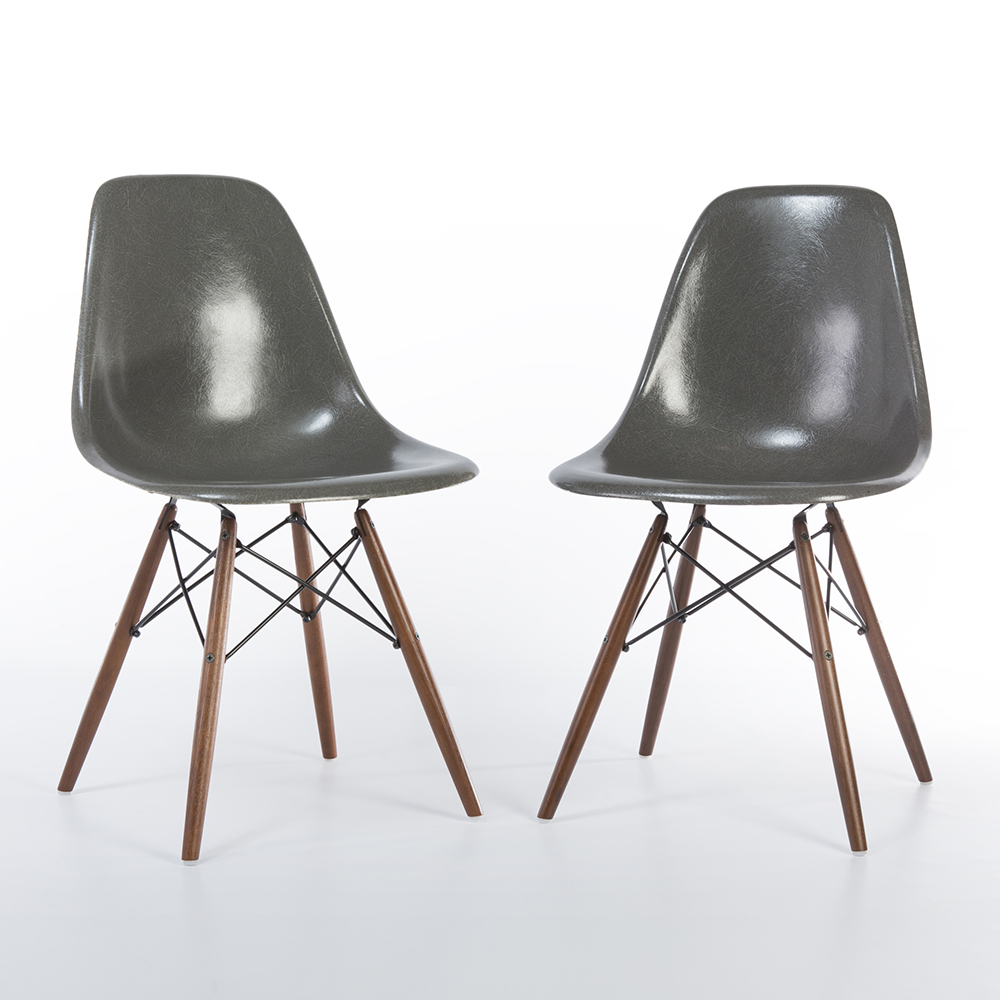 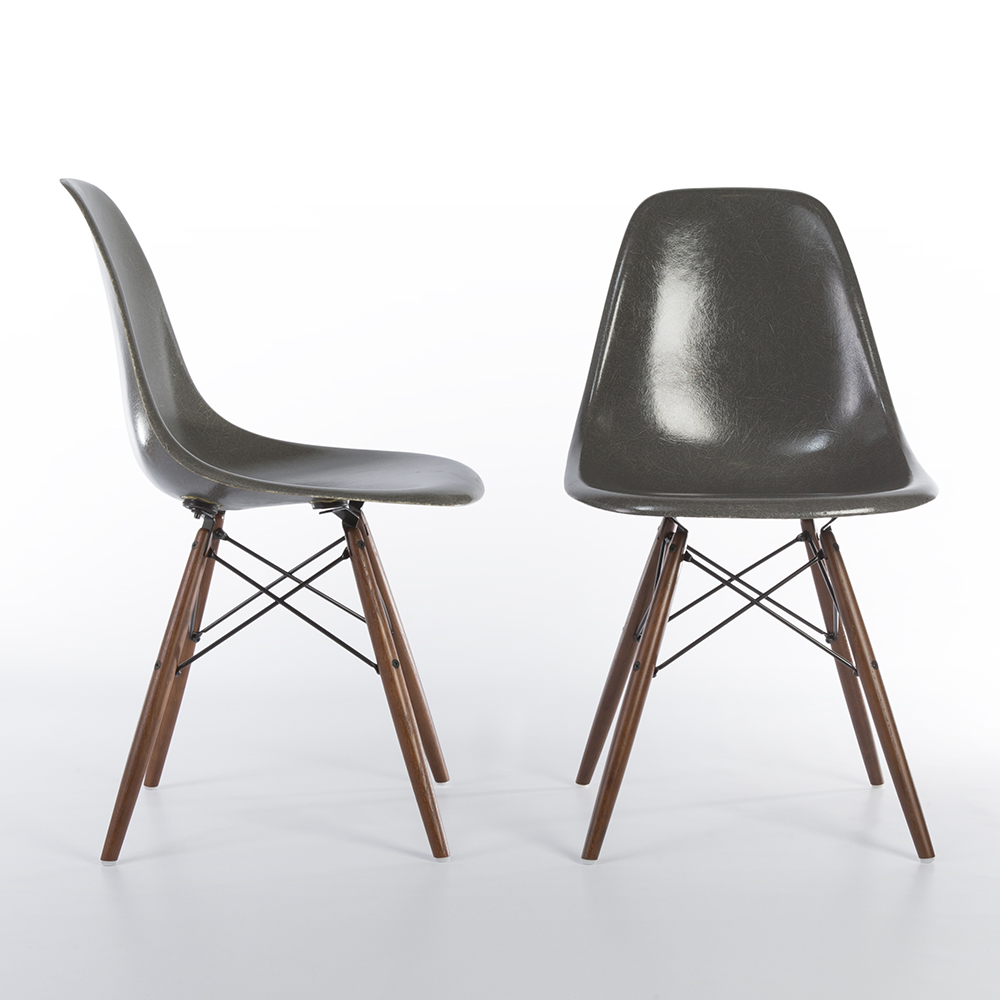 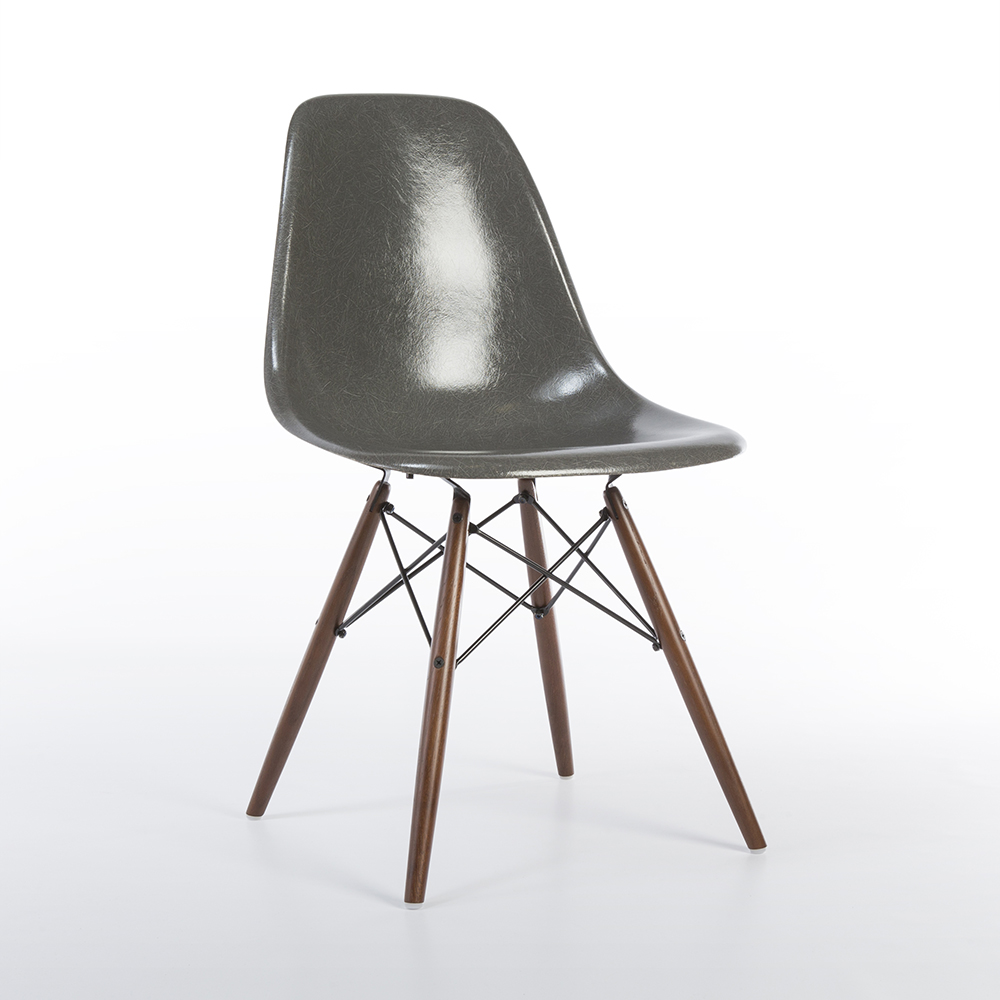 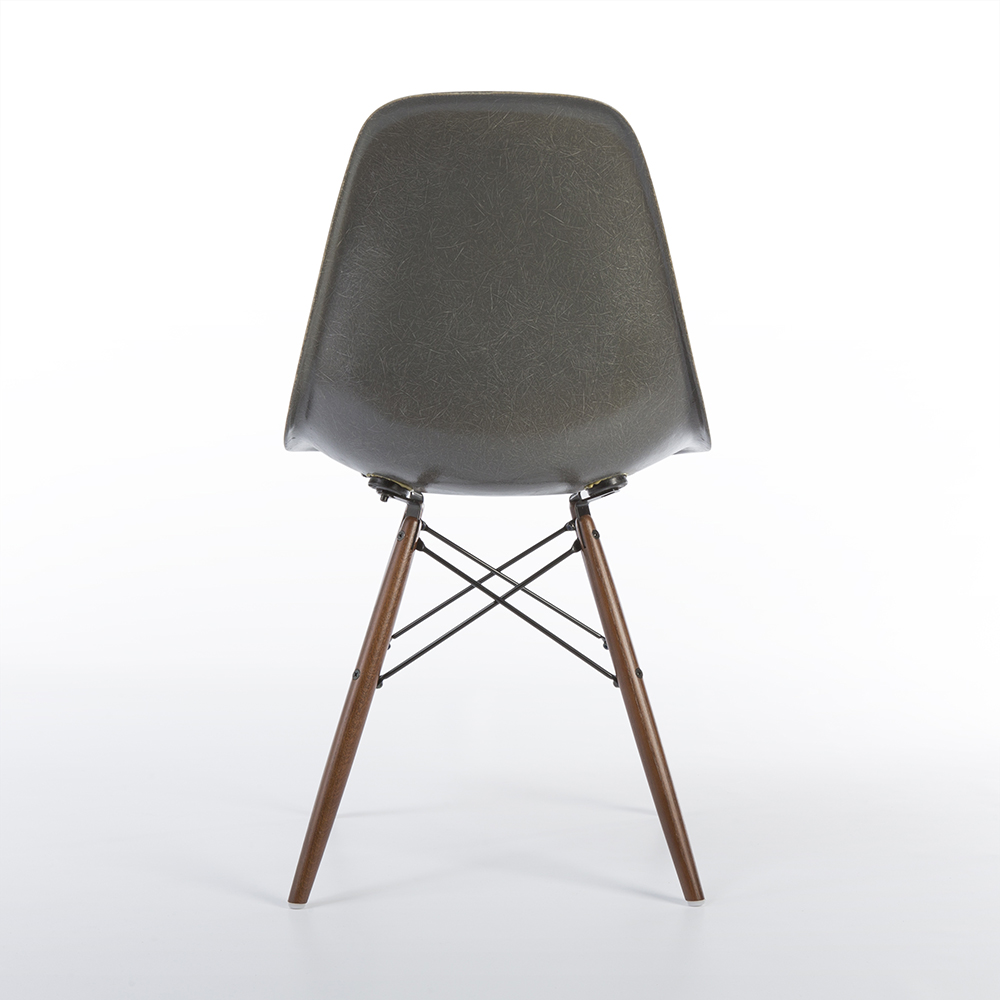 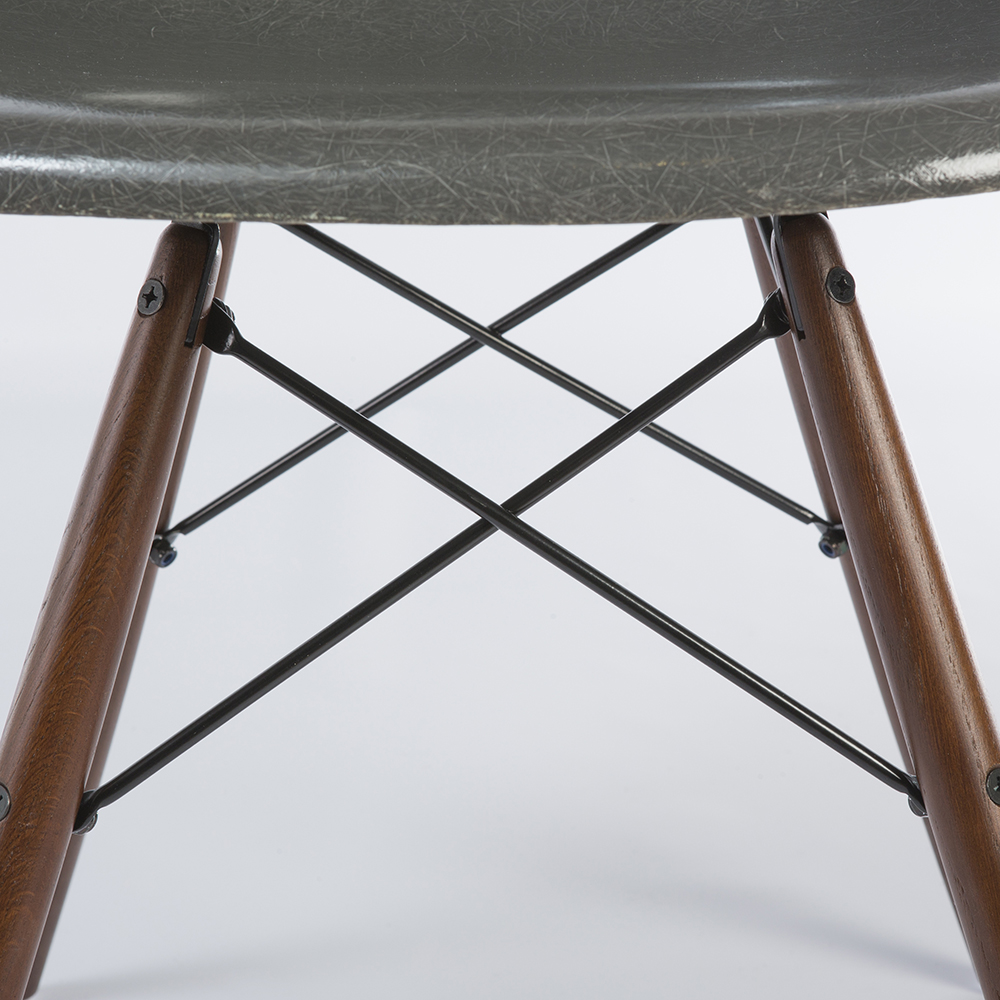 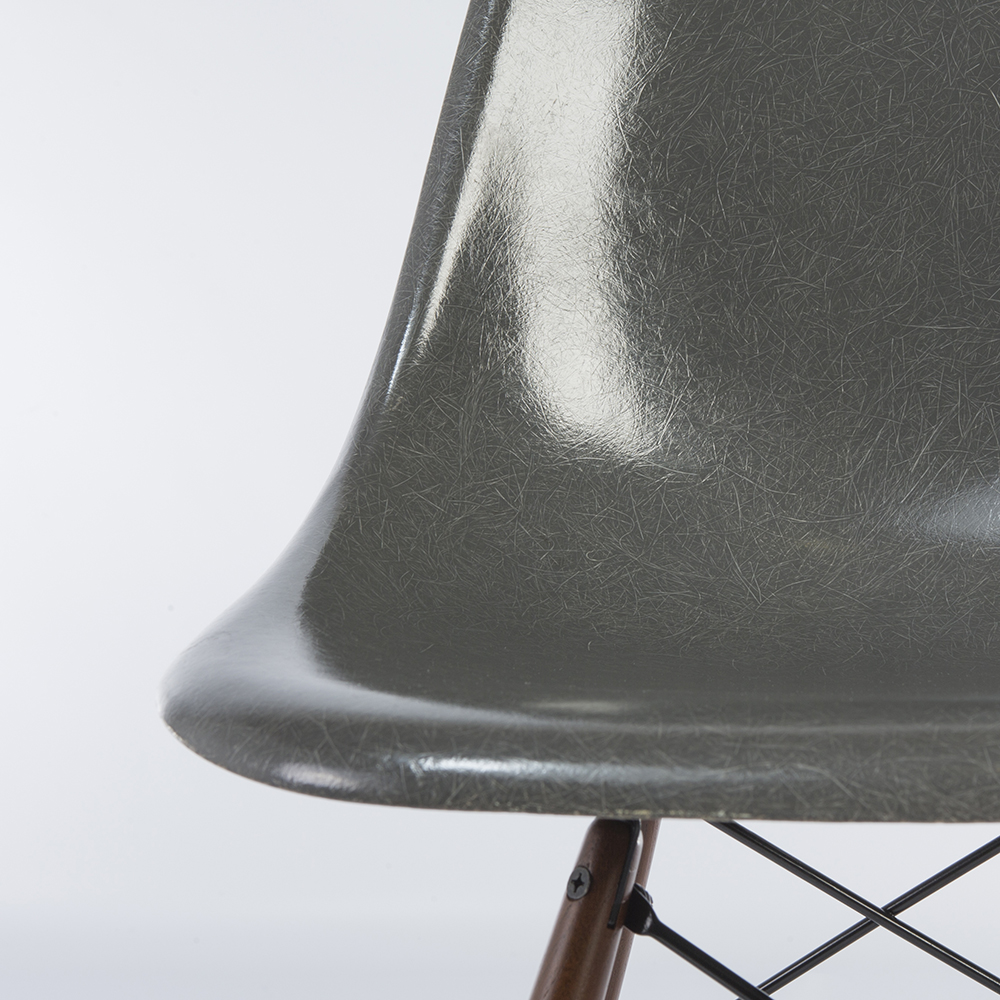