A gorgeous combination, this lavishly upholstered orange and blue check original Eames Herman Miller white side shell chair on a used, new, light oak DSW base. This is finished in an updated Alexander Girard designed fabric which works effortlessly with the fibrous finish of the side shell itself.

The upholstered versions of the Eames shells were designed with the help of the Eames’s great personal friend Alexander Girard, who became the head of textiles at Herman Miller and introduced the Eames’s to Herman Miller. Girard was meticulous when it came to his work, producing many various textile designs which were also used as wallpaper.

This is a great example of a classic piece. This particular piece is a great re-condition piece with no cuts, tears, cracks or dents.

The ‘S’ inside the circle indicates this shell originates from Herman Miller’s Summit Plastic’s factory. 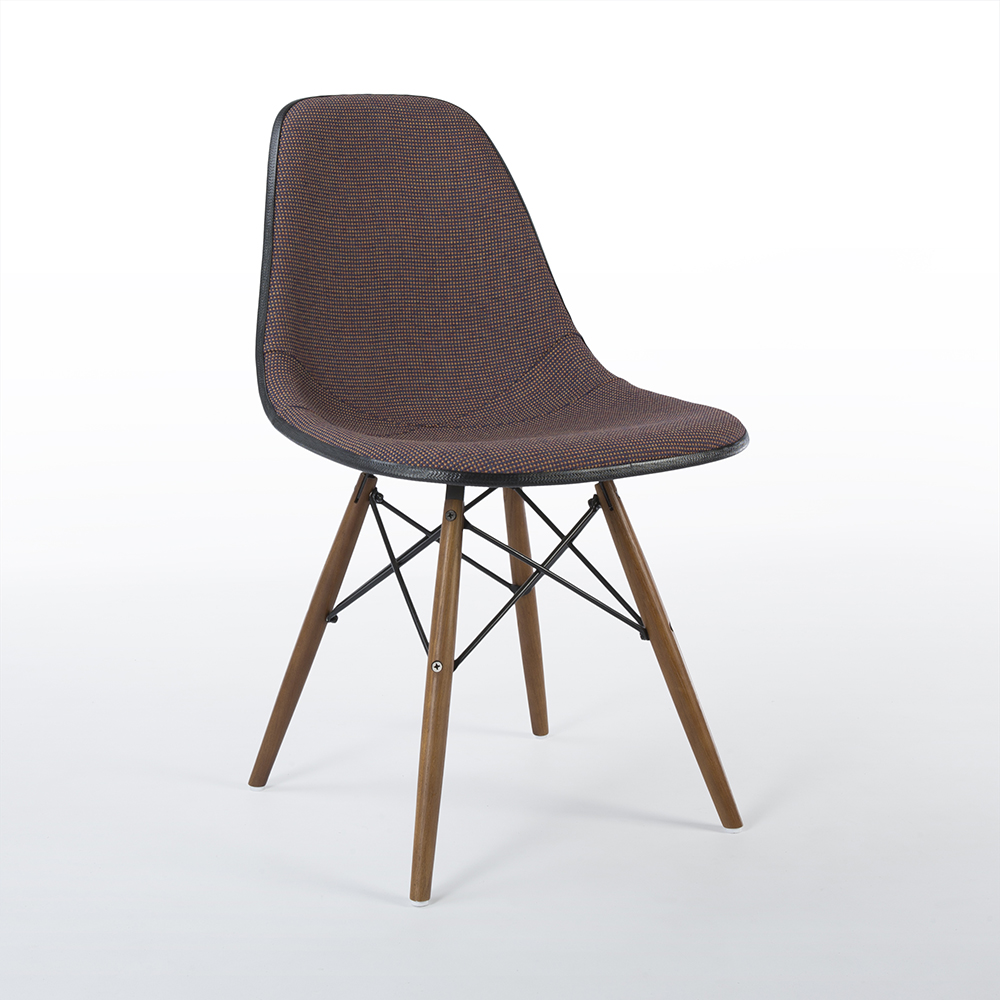 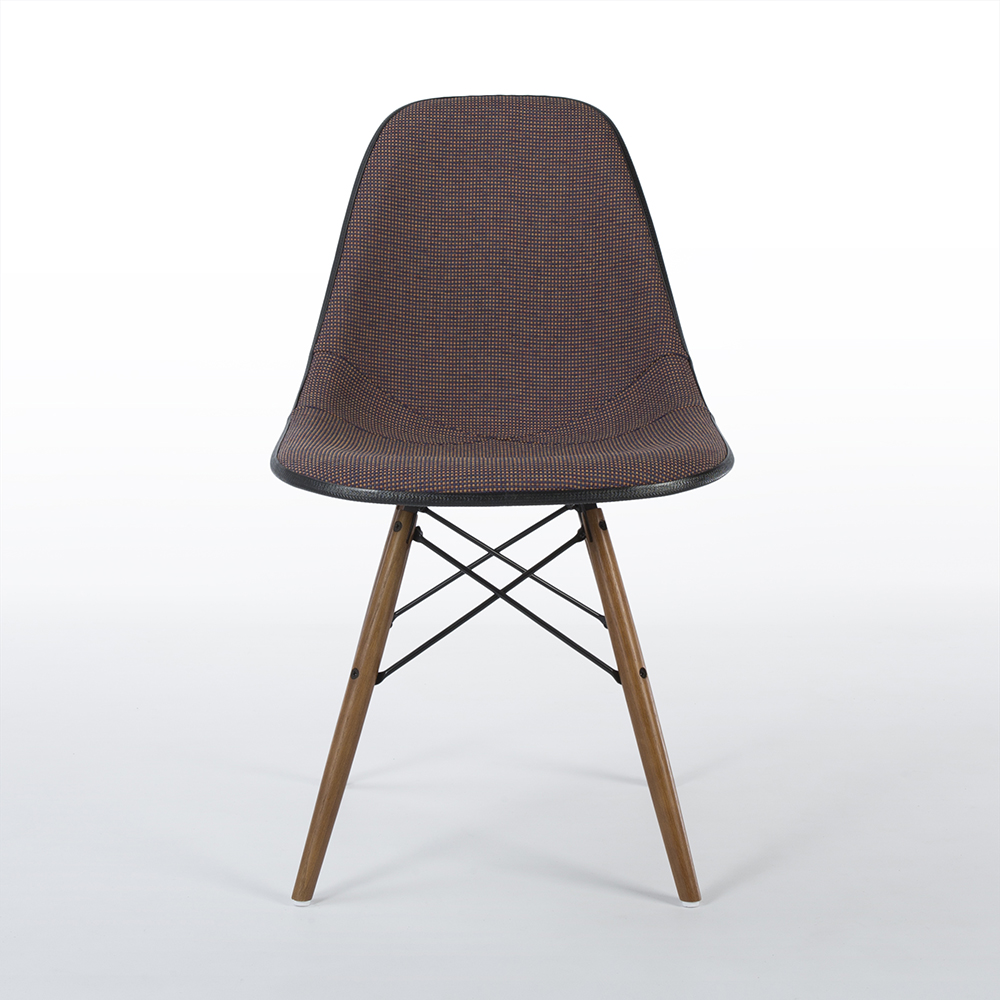 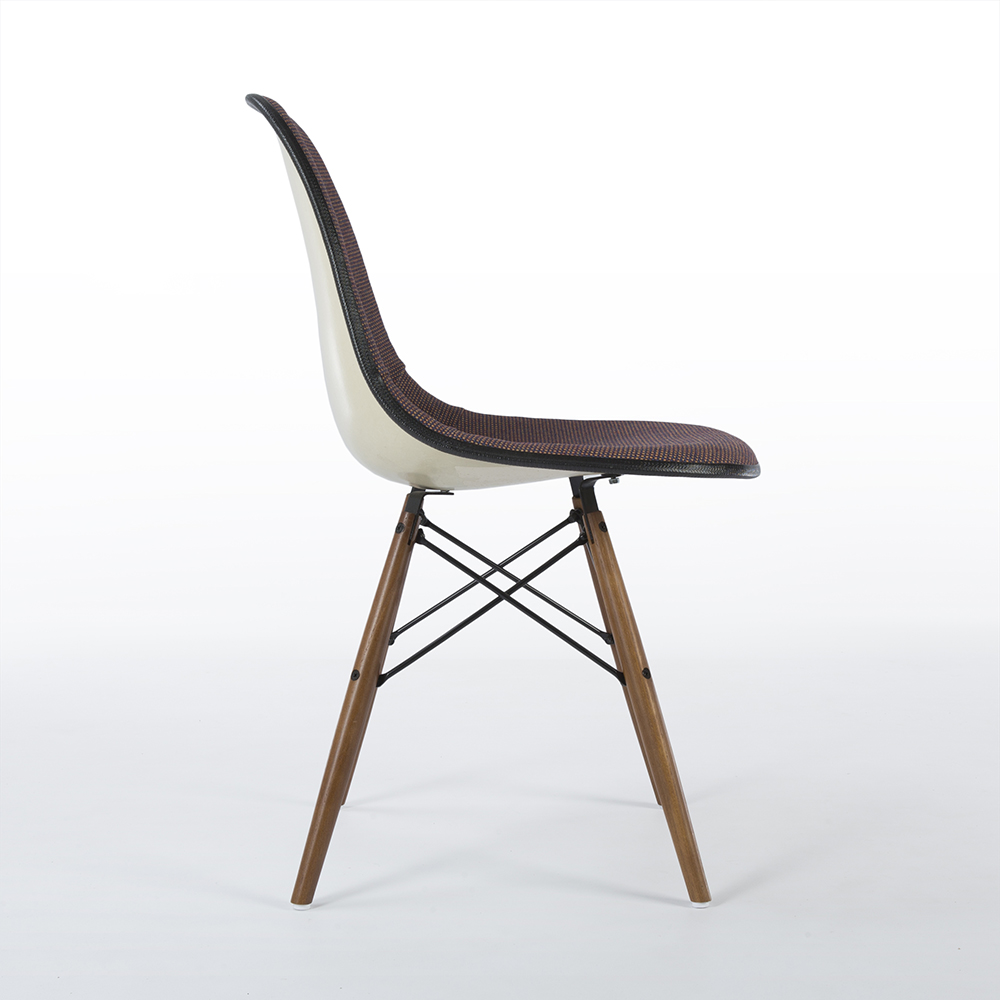 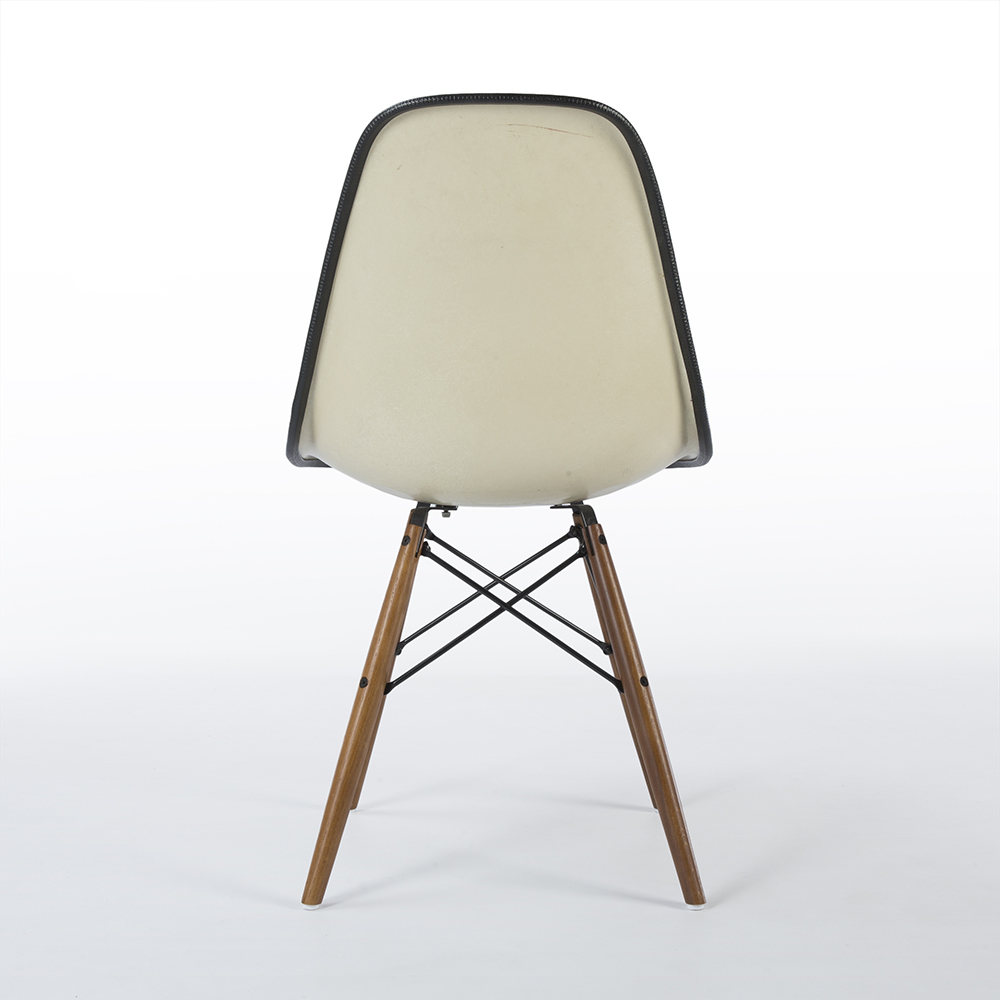 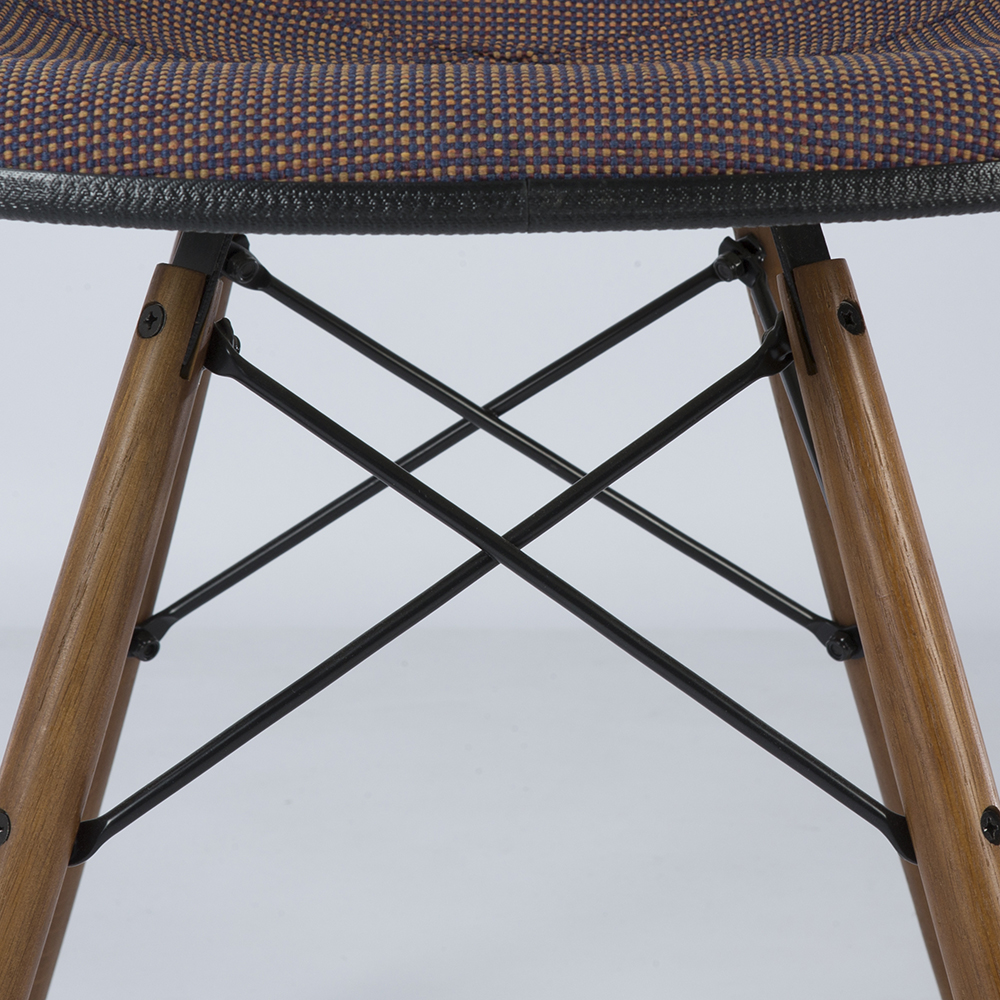 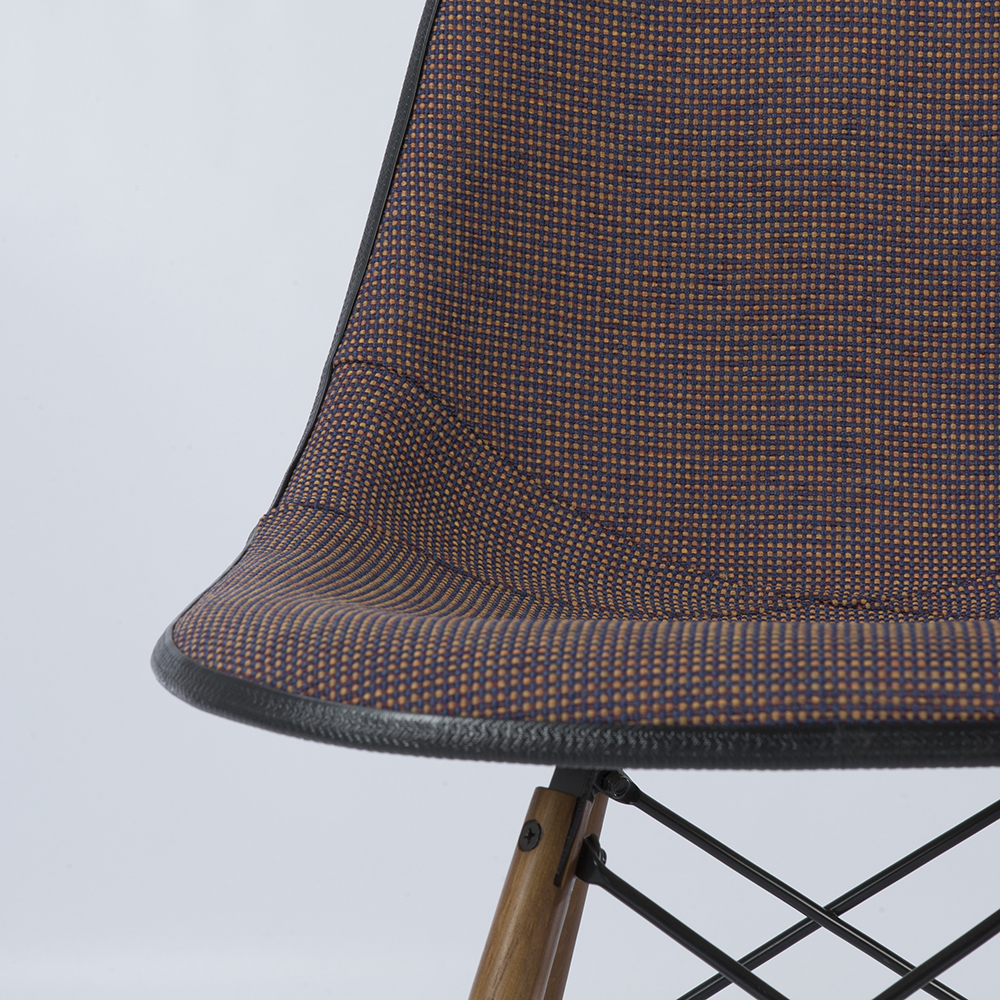 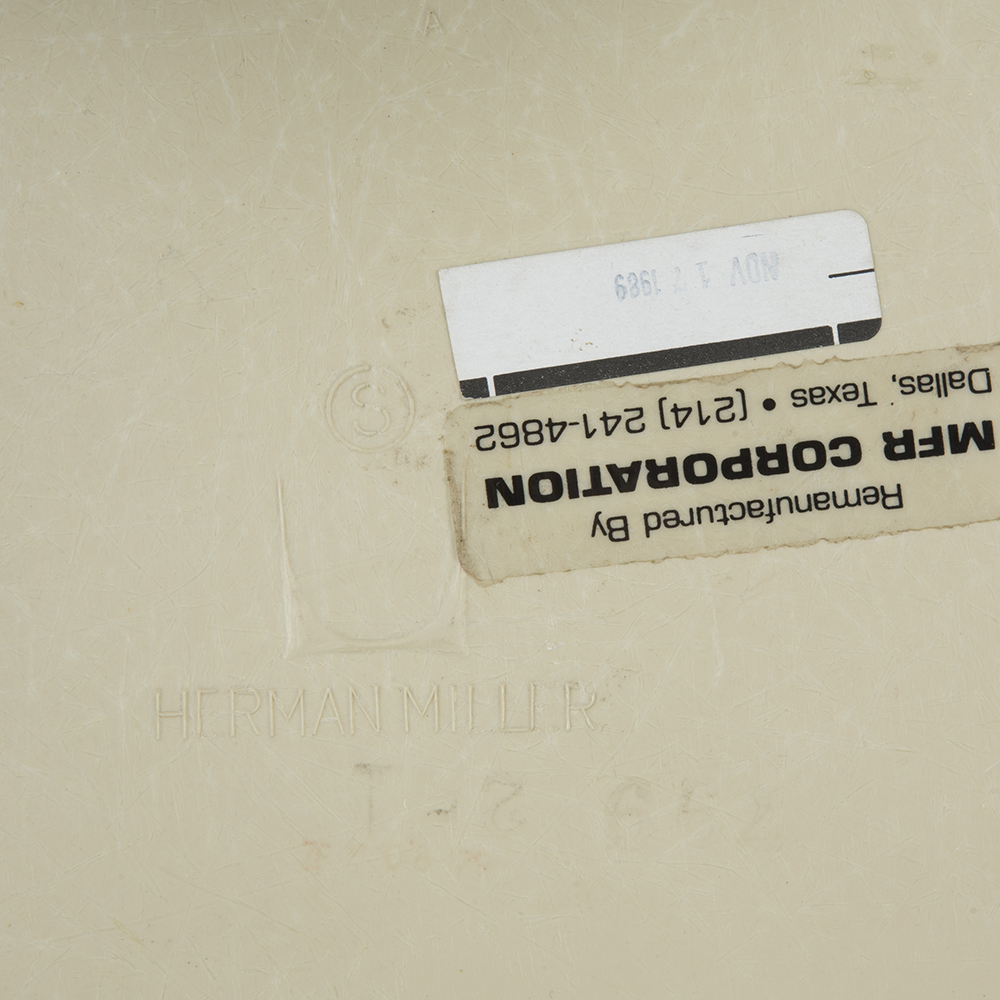 A rather unique and rare example of a Herman Miller original Eames Greige arm shell with purple hop-...