This is a set of a used, newer version of the original Vitra Eames upholstered DAR armchair. The chair is made of Polypropylene plastic, a more environmentally friendly plastic, completed with upholstered fabric in black. This armchair wouldn't be completed without the Eiffel base, a base that is so widely recognisable, that it was re-issued again in 2001.

This set of Black upholstered DAR are in used condition and has some lifting in the fabric, as well as marks on the fabric. The price does reflect the condition and is a bargain especially as it is an original Vitra Eames. More pictures are available upon request as the shells varied in its marks and lifting.

The iconic Effiel base is in good condition and only require some cleaning. 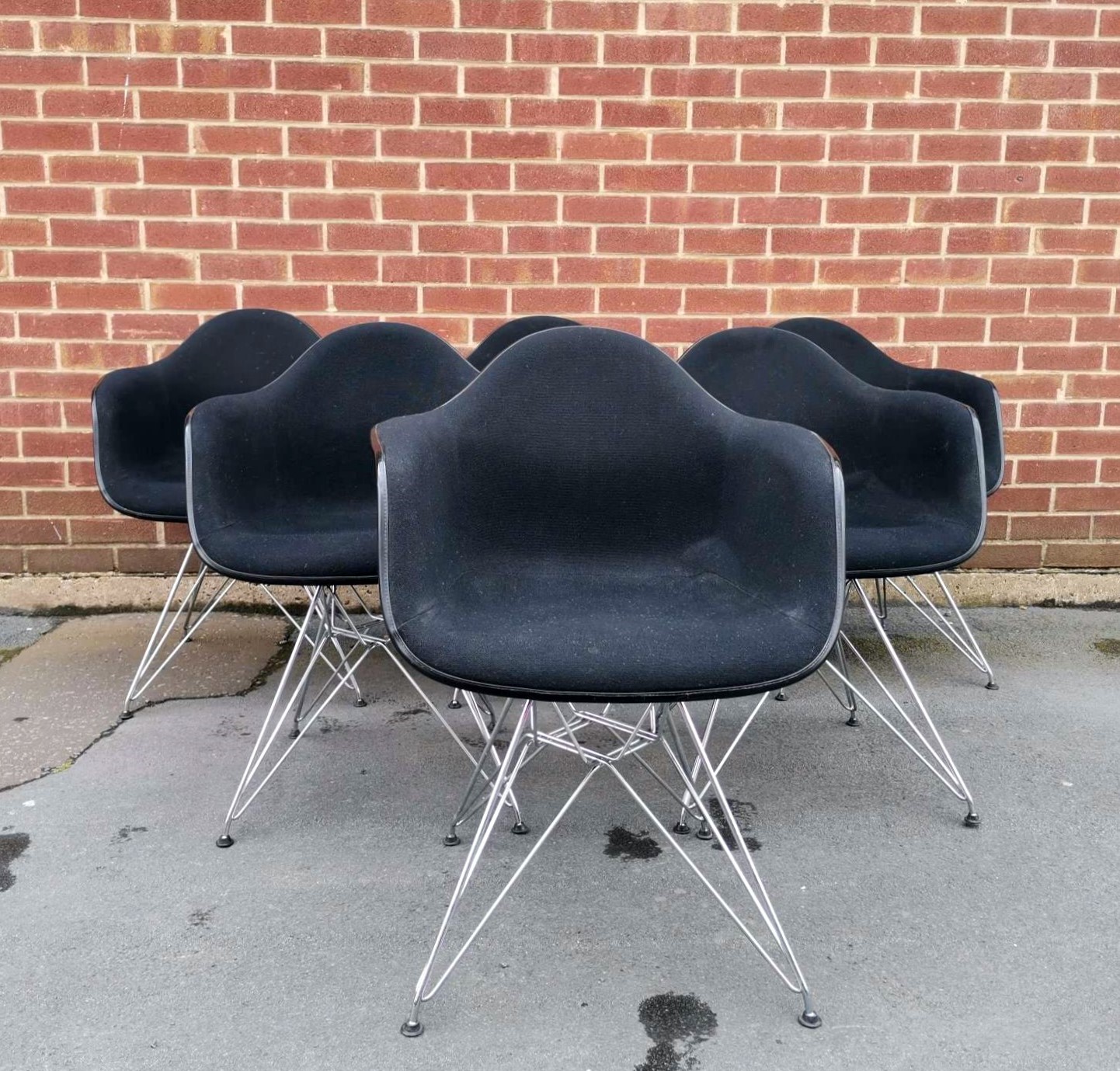 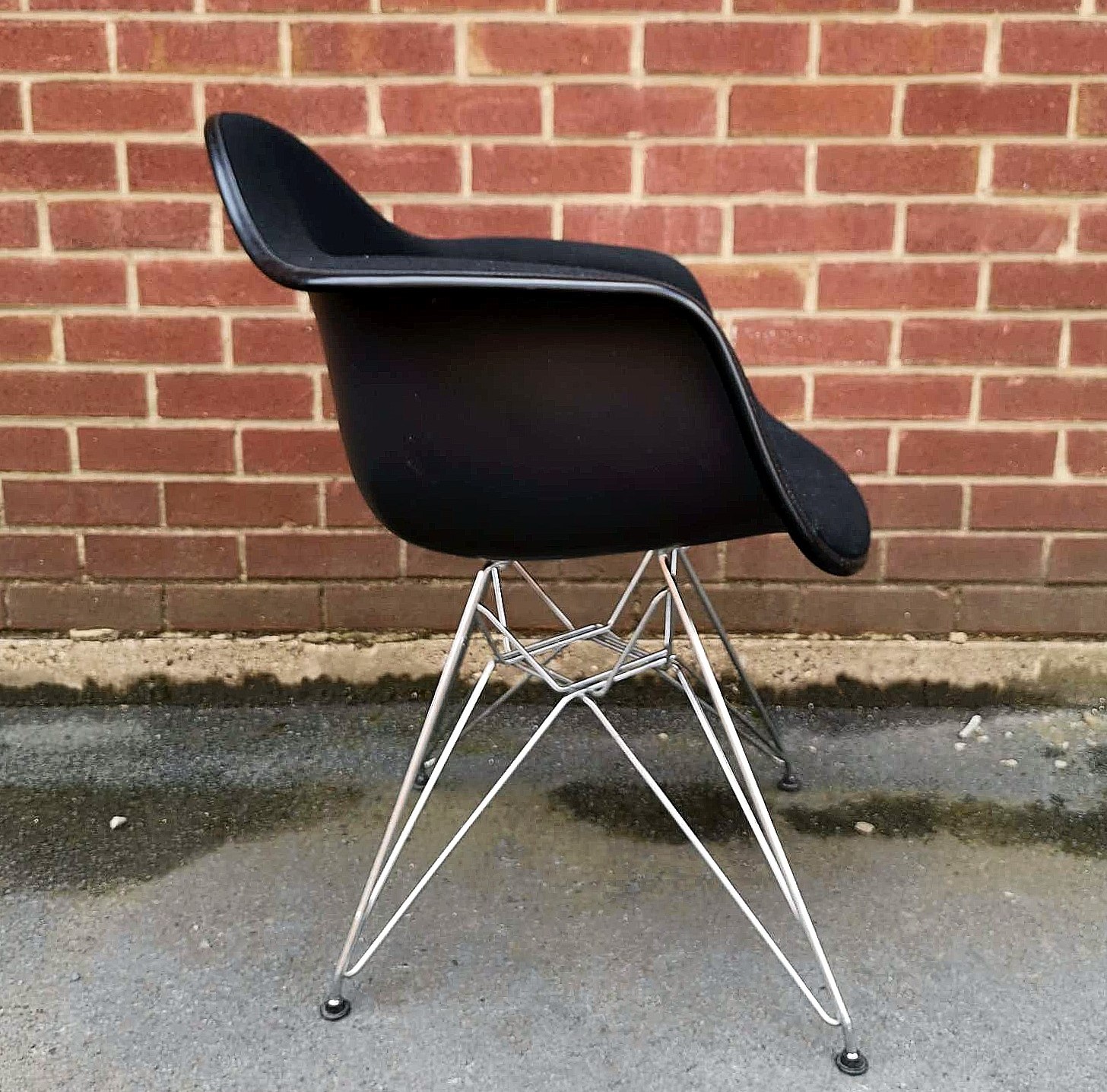 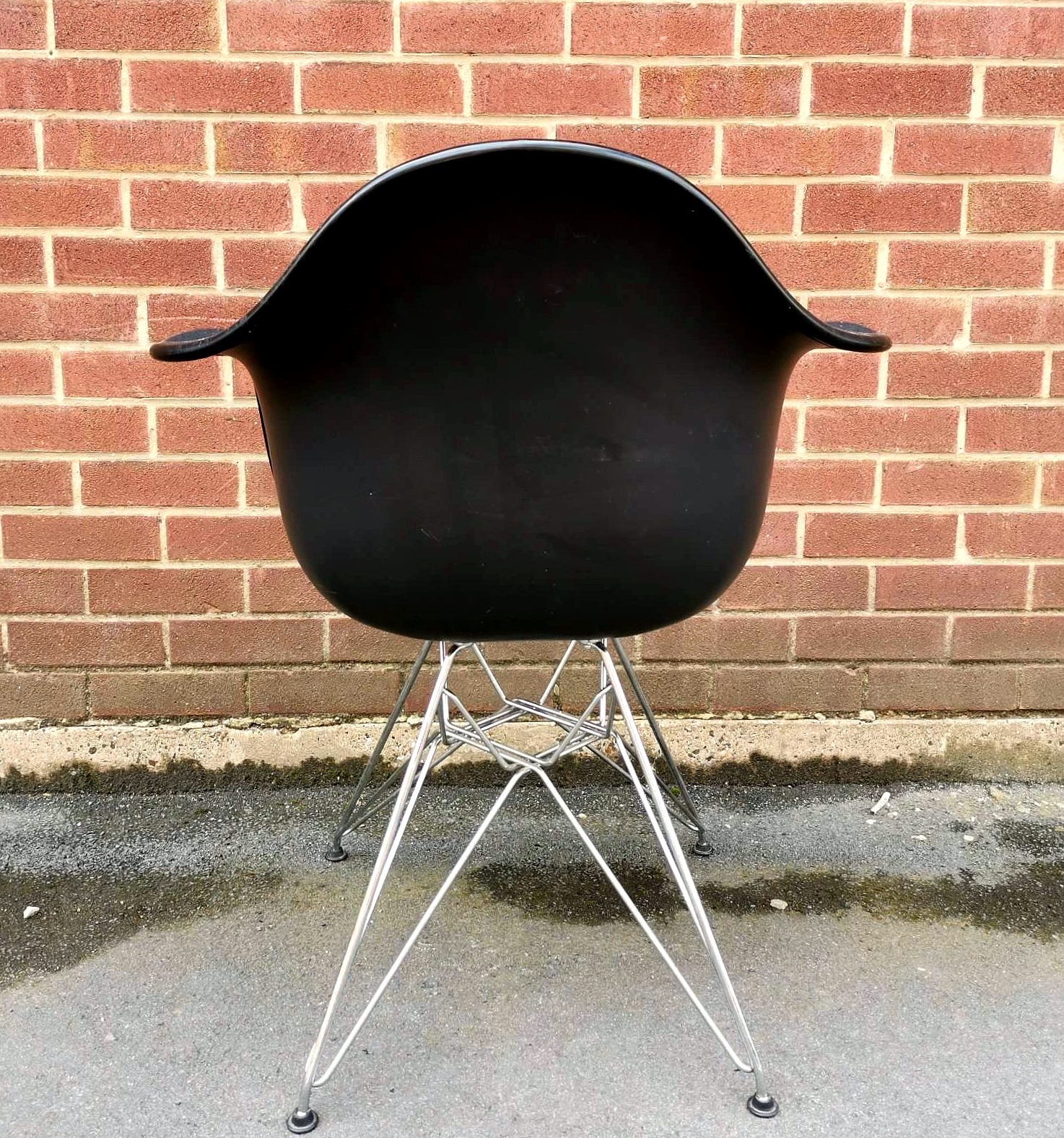 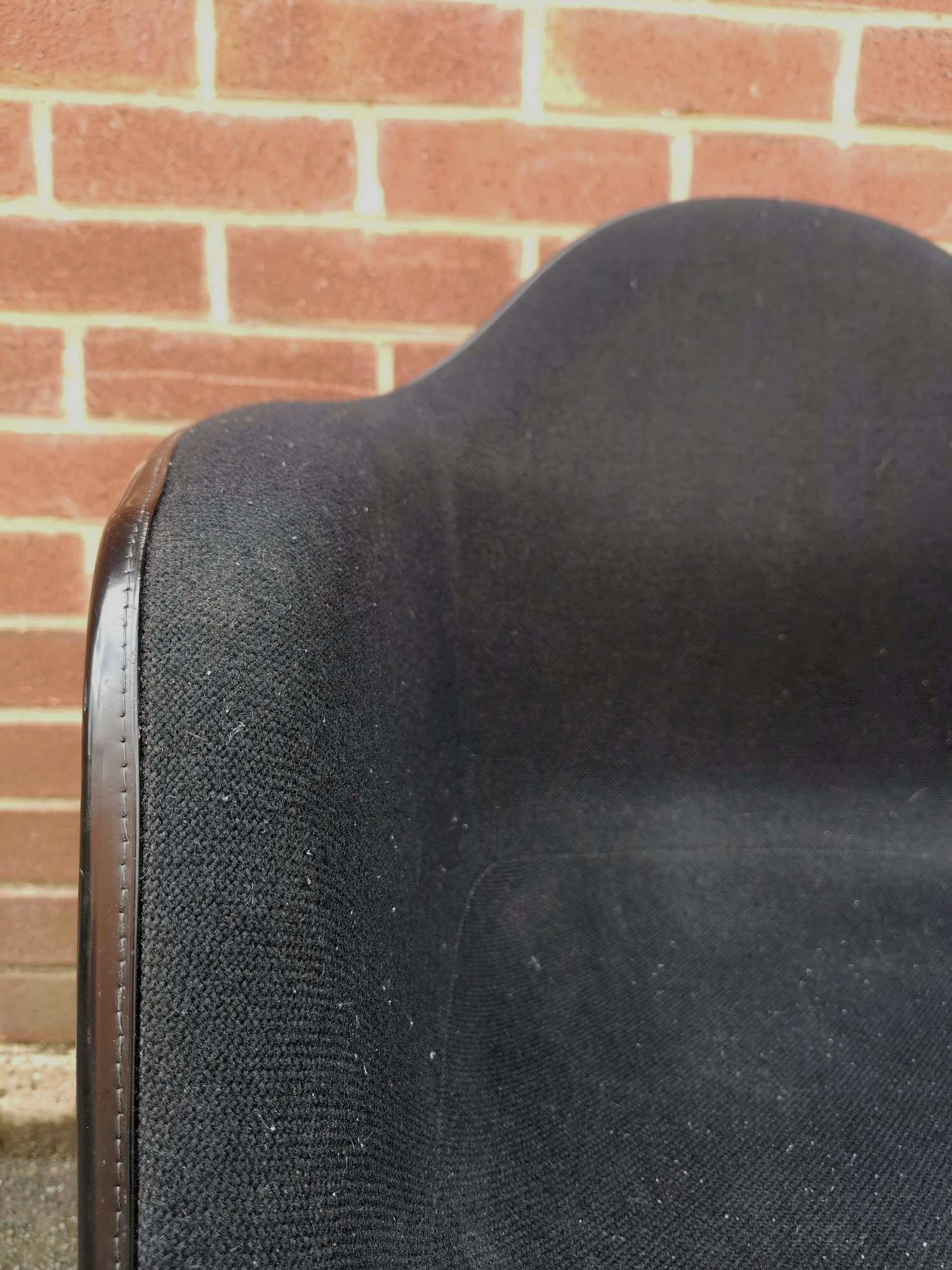 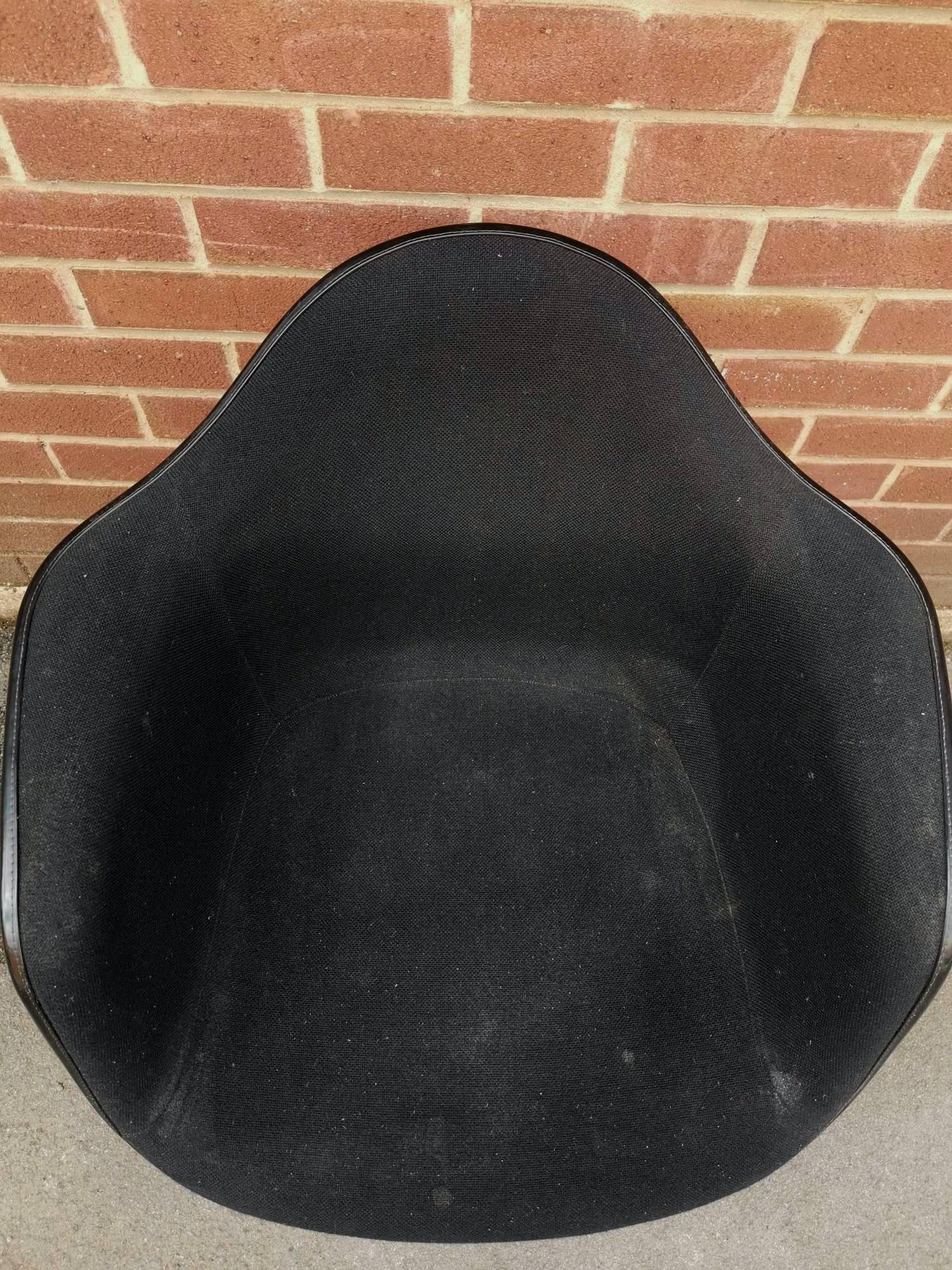